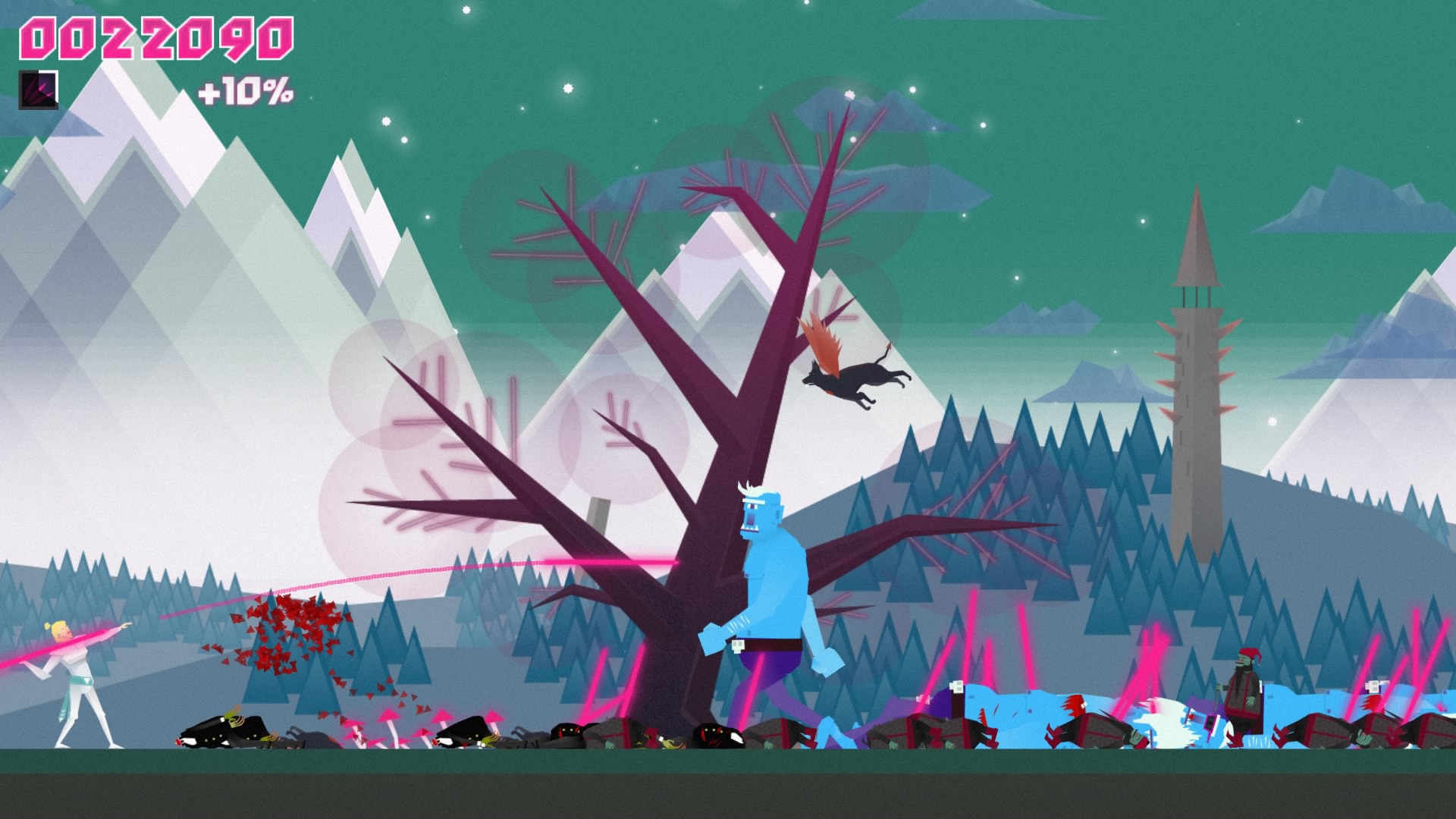 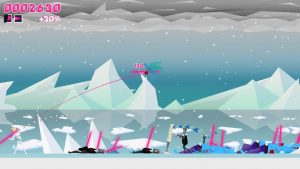 Indie games can be mental; they can cover ground big budget releases wouldn’t touch, tackle topics which make you think and move you to tears or just provide a very different artistic vision.  Lichtspeer is a game about throwing spears of light at an endless horde of quasi futuristic Germanic enemies.  Make of that what you will.

From the start this game gives a very singular vision both in terms of graphical presentation and sense of humour.  You control a hero who is tasked with proving his worth to the Gods by taking out boat loads of enemies.  The levels see you positioned on the left of the screen with enemies walking across from the other side.  You have to kill these before they get to you or it’ll be curtains.  The enemies you face are all notionally inspired by Germanic myths, but when they include Viking penguins and rabid walruses I sort of get lost a bit.

The waves of enemies need to be dispatched in the most efficient manner possible as each type has different strengths and pose different threats.  I use efficient here as you need to make sure that each speer you throw hits it’s mark.  The game is crushingly difficult, almost unfairly so and you just know that every time you miss a throw the game is going to punish you for it.  You also know you’re in for a world of pain when one of the difficulty levels is titled rage quit mode, and this isn’t even the hardest setting.

The difficulty comes in a couple of ways firstly just the sheer number of enemies coming at you give the game a terrible intensity.  They just keep coming.  Secondly the control scheme doesn’t help. You pull your speer back with the X button and aim by moving your left stick up and down, you get a little example of the trajectory of the shot similar to what you’ll see in Angry Birds.  What lets this scheme down is the fact it takes just too long to move your trajectory all the way from high to low.  If this game was slower paced this wouldn’t be an issue, but the speed of the game ensures it can become a panicky chore to realign your shots.  The amount of times I lost due to not being able to move my aim down quick enough was ridiculous. 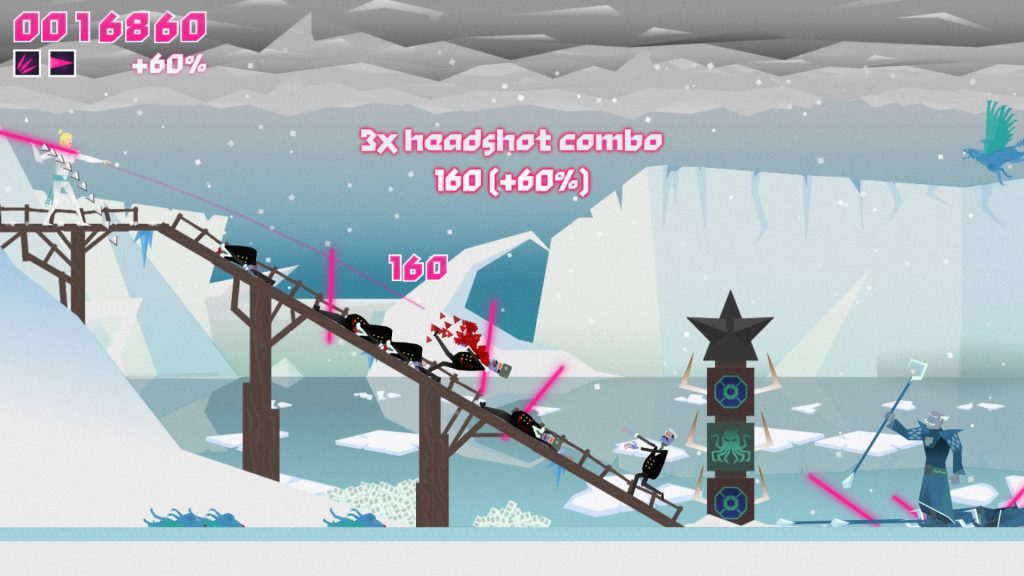 Lichtspeer has a distinctive sense of humour but will not be to everyone’s tastes.  It relies heavily on a Germanic theme with most of the text written with a sort of faux German accent.  There are lots of uses of the words “Das” and “Nien” and the letter “S” is often substituted with a “Z”.  Complementing this is the stylised violence on display both when you throw a speer at someone head and it explodes, and when the enemies catch you and rip out your entrails.   I wasn’t wholly sold on the comedy here and it just came off feeling a little too try hard, as if it was hoping to illicit a response for the Twitch streamers.

Graphically things looks pretty decent.  It uses lots of neon and a simple clear art design which is effective at making the game stand out.    The menus also use this neon style and are clear and easy to navigate, something which can be very easy to mess up.  There is also some nice attention to detail in how the enemies are animated particularly what happens when you launch a speer into their head.

When you get down to it though the gameplay itself is massively repetitive, even taking into account the reams of upgrades you can buy it never changes the core mechanics.  Some of the later levels mix it up a bit placing your character in the centre of the screen and having to twat baddies from both sides, but all this does is make an already difficult game more difficult. 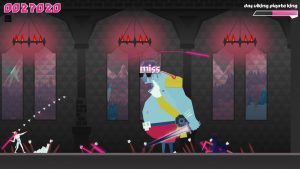 Lichtspeer takes a novel idea and spins a game out from it.  Half Angry Birds and half Twitch bait it is entertaining for a bit.  What works against the game though is the sheer difficulty and feeling of repetition.  It’s hard to recommend this as an essential purchase but then it is also isn’t a bad game, I suppose it’s just somewhere in the middle

Lichtspeer
5 Overall
Pros
+ A simple idea which is executed well + Looks nice + If you think a faux German accent is funny this is the game for you
Cons
- Very difficult - Not sure I get the humour - Some control issues can annoy
Summary
Lichtspeer takes a simple premise of lobbing things at people's heads and makes a decent game of it. As crushingly difficult as it can be there is some enjoyment to be had here, particularly in the art style and overall presentation. The humour misses more than it hits but decapitating a viking penguin is a gaming moment you wont forget in a hurry.