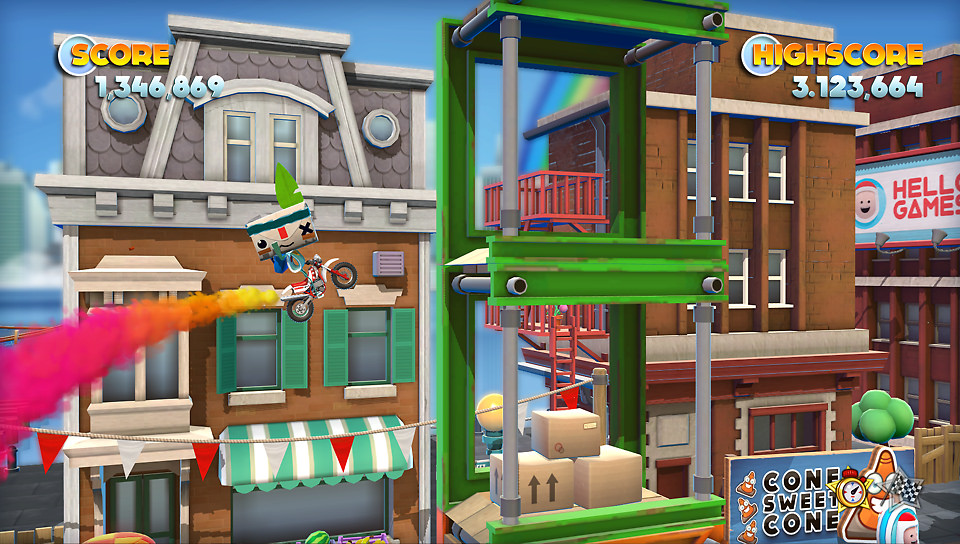 It’s time to jump back on your bike and hit the tricks.  Joe Danger’s back.  This is a Vita re-release of the 2012 PS3 and Xbox 360 game adn this time Joe has got a job in Hollywood and is the resident stunt man in a series of ever more elaborate movies.

Playing similarly to the first game, you control Joe as you drive across the screen jumping obstacles and collecting items.  The face buttons control the tricks while the shoulder buttons control your direction.  What initially starts off simple quickly escalates into semi-controlled button mashing madness as you frantically try to navigate the nefarious tracks and tricks on offer.

Being based on a Hollywood movie set allows Joe Danger 2 to take you to a much wider range of locations than before.  There are also some more experimental levels which involve cameos from a wide range of characters and some varied settings.  I loved the early bowling level.  You’ll find yourself driving past forests, racing down motorways or flying through cities, and I do mean flying.

The biggest departure from the first game is the introduction of new vehicles which include things as diverse as jetpacks and skidoos.  This is a problem though as in many regards the majority of the new vehicles are just cosmetic and don’t substantially alter the way the game plays.  To some extent I can accept this as you still need to know what your duck button is, but then on the other hand I feel it would have been nice had there been some genuine differences between them.

I enjoyed Joe Danger when it was free on PSplus a few months back.  I thought it offered something different and did it in a vibrant and interesting way.  Joe Danger 2 is cut from the sequel model of if it aint broke don’t fix it.  As a result I still find the controls oddly unintuitive and the difficulty of the later levels crippling.  It also continues the strong visual aesthetic used in the first game which I really enjoyed. 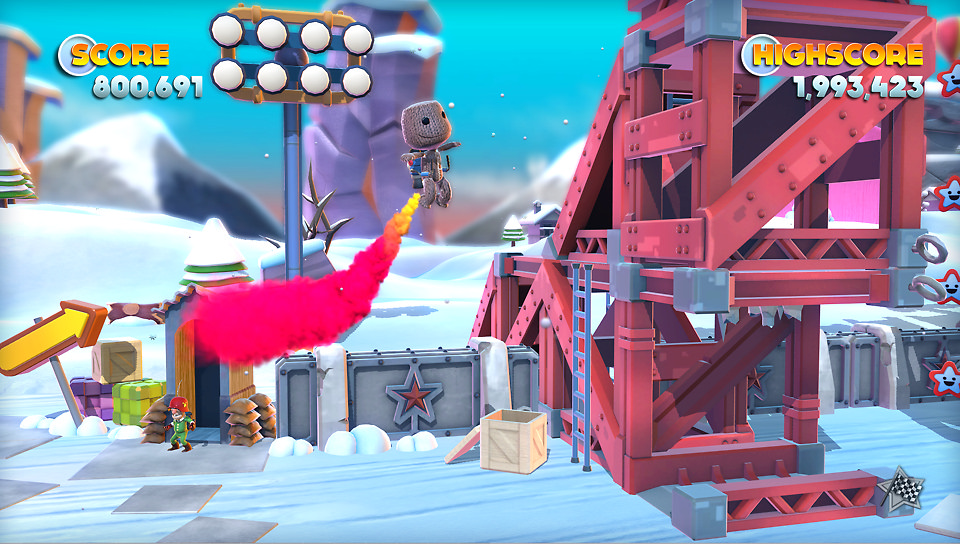 Joe and the levels on offer really have a loveable and tactile heft to them, and the incidentals within each level provide some lovely comic touches.   For anyone not familiar with Joe Danger the game plays out on a similar 2.5d playing field as you find in Little Big Planet and Trials HD (which it shares obvious gameplay elements with) with levels scrolling horizontally as you progress through the various obstacles in your way while the 2.5d view allows you to move into or out of the foreground at certain points.

The familiarity of this sequel is more detrimental if you’ve played the first game.  I more or less had my fill of the first game, and as a result when it came to this one I found myself getting bored much sooner than I would have had I never played it before.  I kept thinking so what if I’m riding in a mine cart, it still controls like the bike from the first game.  The improved comedic backgrounds and scenarios can only go some way to maintaining your interest.  Also, I found instances where there was so much going on in the levels that it was difficult to see the next obstacle in your path.  This lead to a few deaths where I felt it wasn’t my fault, which was never a criticism I could lay at the first game. 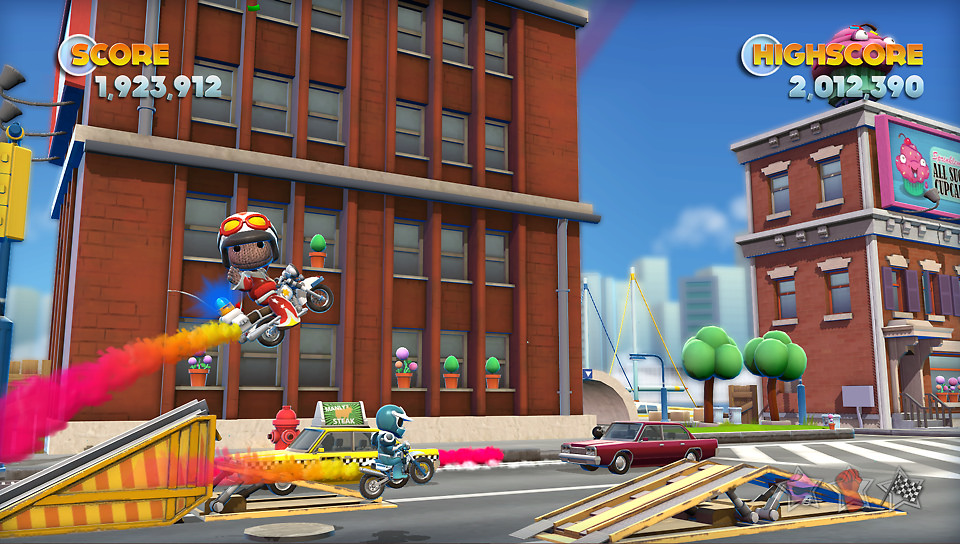 This game also includes a return of the level editor which is implemented really well.  You can make your own tracks and then share these with your friends.  It’s a great little feature which will unfortunately probably be underused as a result of it being on the Vita but is a nice addition.   You get to make the levels on the fly with Joe driving across the level and you’re able to pause and place items when you want to.  It almost feels like you are making your own game as you go, or even playing with your own toy bike.  In fact I feel this whole level editor could have been spun out as a digital release in itself, something a bit like Little Big Planet but on wheels.  It really is that much fun.

Whilst I enjoyed playing Joe Danger 2 I think I would have enjoyed it more had I not played the original as I started to get bored of it quicker.  However, the art style and sense of fun about this game still made me smile on a good few occasions, and the basic concept of this game is strong.  I feel this sequel has explored the options available to it to the fullest and it’s one to get if you missed the original on PSplus, or if you just can’t get enough of Joe.

Joe Danger 2: The Movie
7 Overall
Pros
+ Great Level Editor
+ Confident Art style and decent use of humour
+ Easy to pick up and play, well suited for the Vita
Cons
– Just a bit too similar to the first game
- Sometimes things get a bit too busy making it hard to see what’s happening
- Later levels are infuriatingly difficult
Summary
Whilst I enjoyed playing Joe Danger 2 I think I would have enjoyed it more had I not played the original as I started to get bored of it quicker. However, the art style and sense of fun about this game still made me smile on a good few occasions, and the basic concept of this game is strong.