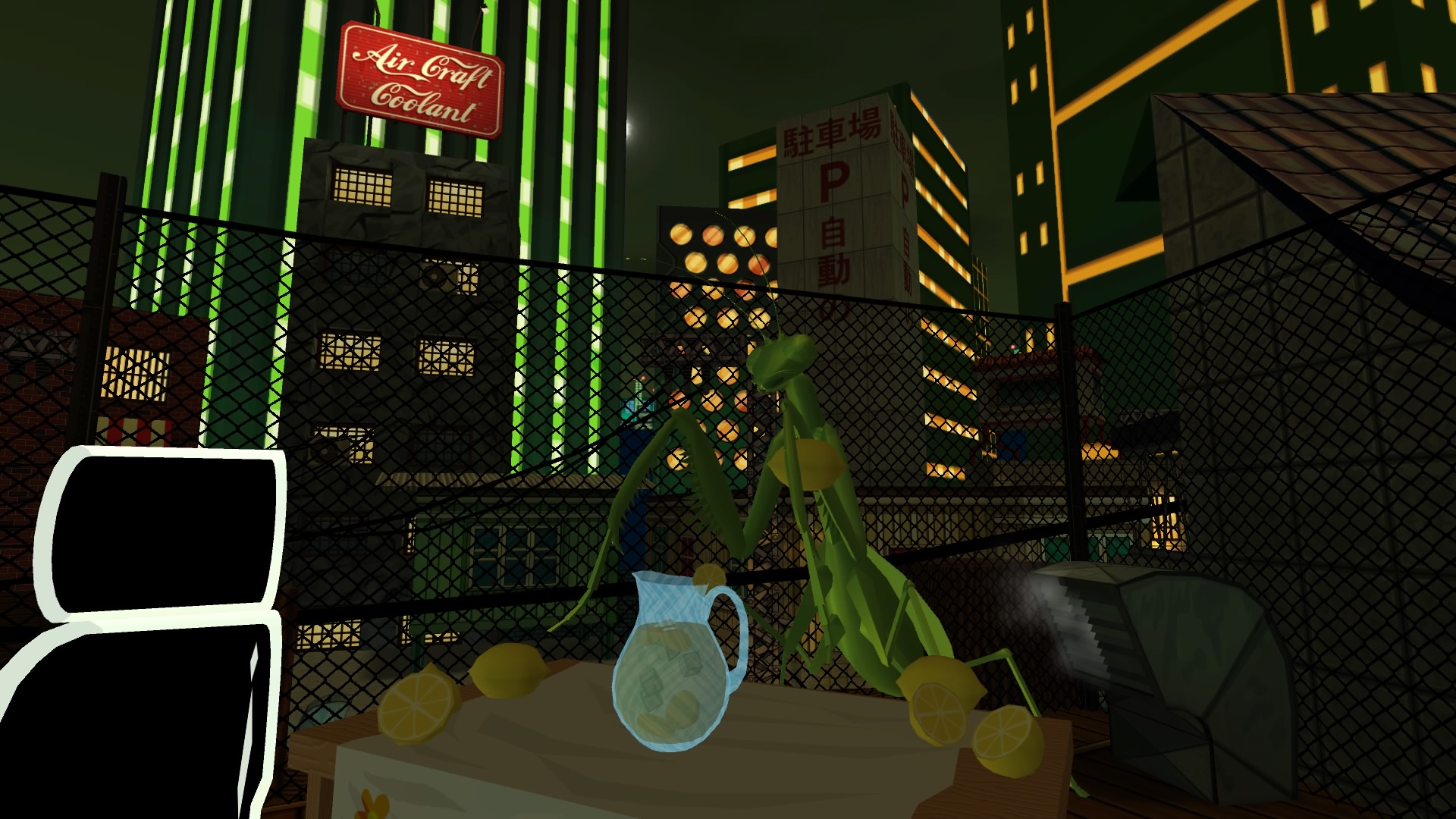 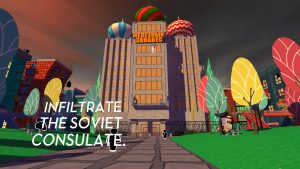 Last year, Necrophone Games let Jazzpunk’s bizarre, stylish fever-dream loose on the PC to some critical acclaim. It’s now the turn to dive into this weird world on current consoles with some new additional content. Can this combination of absurd cold-war subterfuge and quick-fire chuckles hold its own a year on?

Jazzpunk’s overarching plot is one of espionage in a robot universe. As our protagonist Polyblank, missions task you with retrieving objects of interest for your mysterious organisation. En route you’ll discover some twists and turns as you venture to new, exotic locales in search of further clues and loot. It moves and, much like it’s sense of humour, it keeps on going swiftly until reaching a very appropriate conclusion.

From the outset, Jazzpunk’s unique style will hit you like a brick. It’s visually striking with some clever touches designed to draw your eye to the parts that matter. It’s colourful and vibrant visuals hold just enough of reality in place to make the surreal elements take focus. It carries a consistent tone of madness which allows the sense of humour to really flourish. It takes a very cohesive look and style and applies it to the music which operates environmentally. Its a predictably jazzy soundtrack that will use jarring loops to imply a sense of chaos. It suits the game’s busy tempo and compliments the game’s bright, feverish aesthetics. 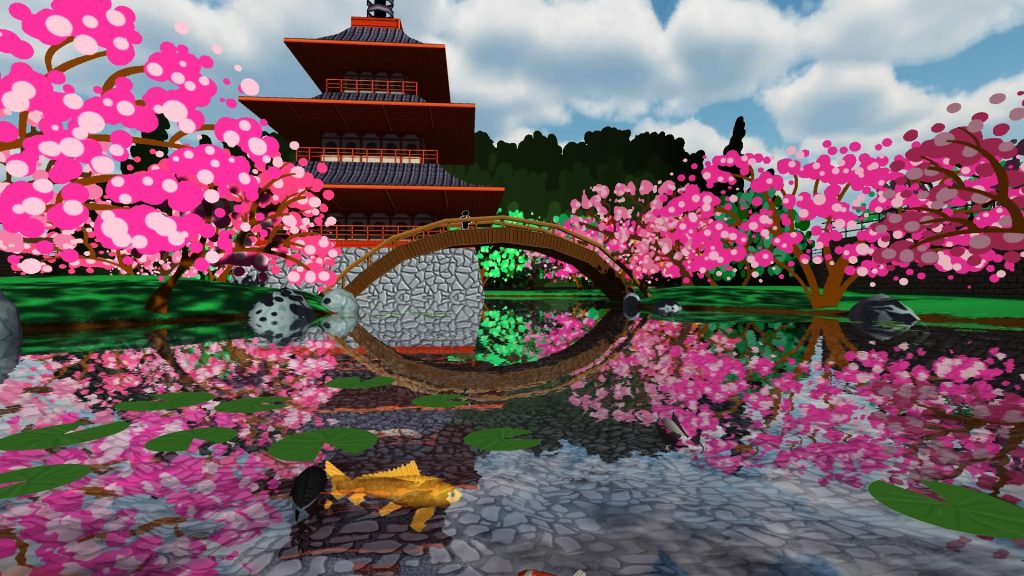 Jokes will arrive at you thick and fast. The game itself acts as a gag conveyor belt and you’re expected to consume. Most of them are visual in nature and exist of a punchline. Very few attempt to linger for longer than they need to. Maybe I’m someone right in their chosen audience but none of what I saw during my time with the game felt like it missed the mark. The humour’s very referential with 80’s and 90’s staples getting the treatment. The remainder coming from a surreal head-space of gags that are executed well.

It might not strike so well with others so, if you’re hesitant it might be worth checking out some footage before buying. The humour and style are the two things that Jazzpunk hangs its Trilby on. You’ll know very early whether you’re going to enjoy that or not. Thankfully, I never thought it wore out its welcome. I think back to Retro City Rampage DX which had similar ambitions but slightly pushed its luck at times. It demonstrates the fine line and discipline you have to manage to not go overboard. 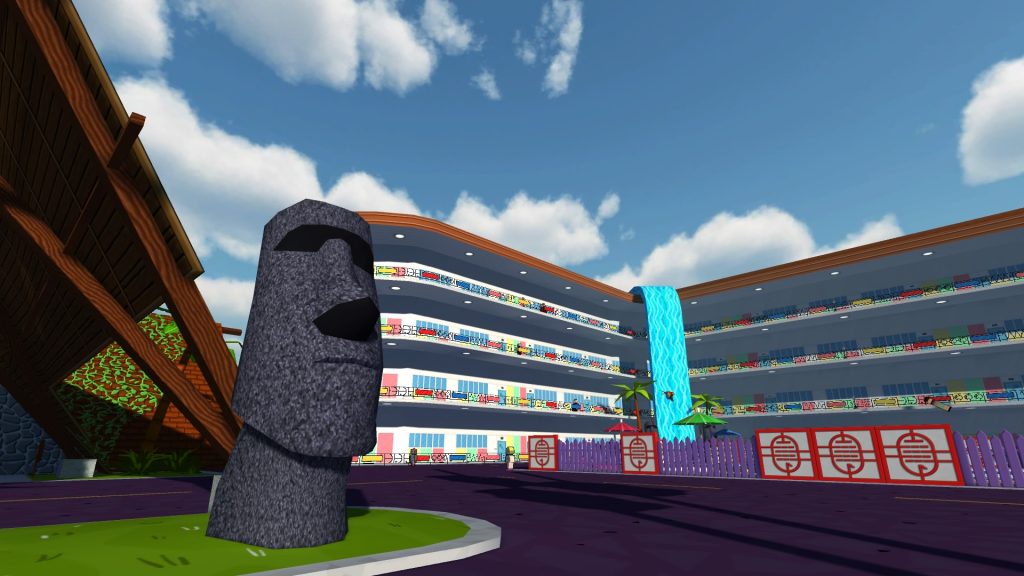 Levels are varied and take you down some interesting avenues. They’re fairly wide-open and provide opportunities to explore. The mission objectives themselves appear to have a fairly linear path but wandering reaps rewards with more gags to chuckle or scratch your head at. You’ll often find side-objectives which sometimes will have trophies associated with them. They’re worth doing to see where they lead, especially as the critical path can be traversed quite briskly. Some feature mini-games and diversions that can be quite fun to play through and they show how much they’ve tried to cram into this short, sharp package.

The linearity on offer does help push things along swiftly and the pace at which things happen in the world of Jazzpunk really ensure you’re not being bogged down or bored. Levels aren’t confusing enough to allow for players to get lost and are well landmarked. What I’m ultimately being impressed by is how the tone and pacing on display keep the humour from derailing a thoroughly entertaining ride. It must’ve taken some dedicated curation and deliberation to make all of this coexist. That’s some impressive, genuine craft on display. 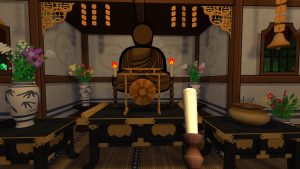 Directors Cut comes with a competitive couch multiplayer mode which carries some of the base game’s peculiarities into a shooter setting. You are tasked with assassinating fellow players armed with an assortment of wedding-related paraphernalia. A cake might be your weapon of choice or a champagne bottle. Improvise. If you have folks together for the night, it provides a decent distraction and bot support does allow for singletons to get their fix. It feels too reserved to be a worthwhile addition, to me. The meat and potatoes of the package is so well-crafted and considered whilst this spin-off feels like an afterthought.  If you’re new to the game, this package is worth a look but those that already own Jazzpunk on PC, have the parts that matter.

Jazzpunk: Director's Cut
8 Overall
Pros
+ A tremendous sense of style. + Quick-fire humour. + Very swiftly paced. + Surprisingly densely packed with content.
Cons
- Not sure about the replay value. - The multiplayer feels like an afterthought. - The referential humour might not be for everyone.
Summary
Jazzpunk is an absurd, quick-fire joke machine that holds its end of the bargain for the two-hour duration. Its sense of style remains strong and consistent throughout. There’s a lack of replay value beyond finding any gags you’ve overlooked but I can’t help but admire how different and funny this is. It’s brilliantly executed and carries a jaunty, playful tone that keeps things moving. If you’ve already ventured into the robot universe then the underwhelming multiplayer doesn’t feel like an enticing addition but we would definitely recommend newcomers checking this out. You will probably not play anything else like it.