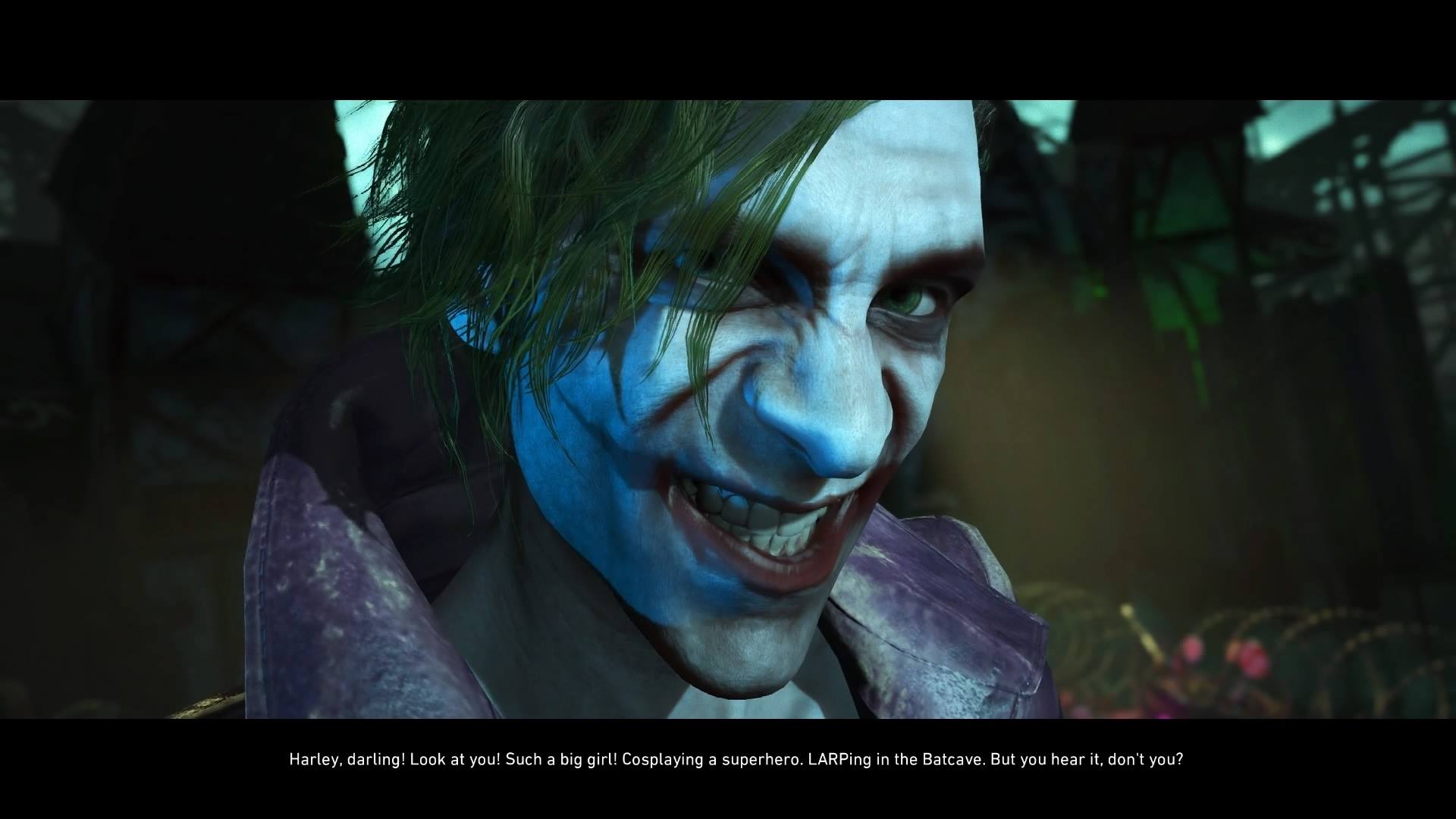 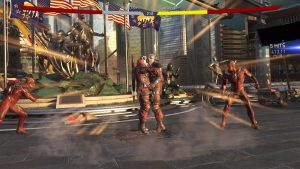 As fighting games go, Injustice: Gods Among Us was an interesting addition. Although it wasn’t the first of the genre to feature DC superhero’s beating the snot out of each other, it was by far the most capable with the premise. Leaving Mortal Kombat vs DC Universe and Just League Task Force well and truly in the dust with a diverse roster of combatants and easy to learn mechanics. The core feature that made the Injustice so good however was its involved story mode that spanned an impressive cast of hero’s and a somewhat believable angle that explained why villains and heroes teamed up or faced off against one another for supremacy.

Injustice 2 takes the framework of the first and evolves it to the point where it is so concise and respectful to the source material that it has quickly become my favourite use of the DC universe property so far. Indeed, NetherRealm Studios has built up their core of storytelling over their past few games, doing away with the basic ‘combatant meets person and decides to fight’ deal that is so prevalent in other games of the genre. With every game they have upped the ante in terms of storytelling and how characters interact and Injustice 2 feels like a culmination of the successes so far.

The story takes place a while after the events of the first, with a misguidedly vengeful Superman held behind the red sun tinged bars of his custom prison cell. The DC Heroes and villains, notably the Justice League has been split down due to Supe’s failed Regime that called for the destruction of all crime, which ended with the murders of both criminals and anyone who stood in Kal-El’s way. Batman is attempting to rebuild the world and employs his wealth and circle of trust to build a supercomputer called Brother Eye that can scope out crime and assist before things get out of hand. Unfortunately, this draws the attention of the main villain of the story, the space-faring know-it-all called Brainiac. It’s now up to Batman and his unlikely alliances such as Harley Quinn and previous Regime members-turned-good to stop Brainiac and regime loyalists such as Wonder Woman, Black Adam and Supergirl from tearing the planet apart. 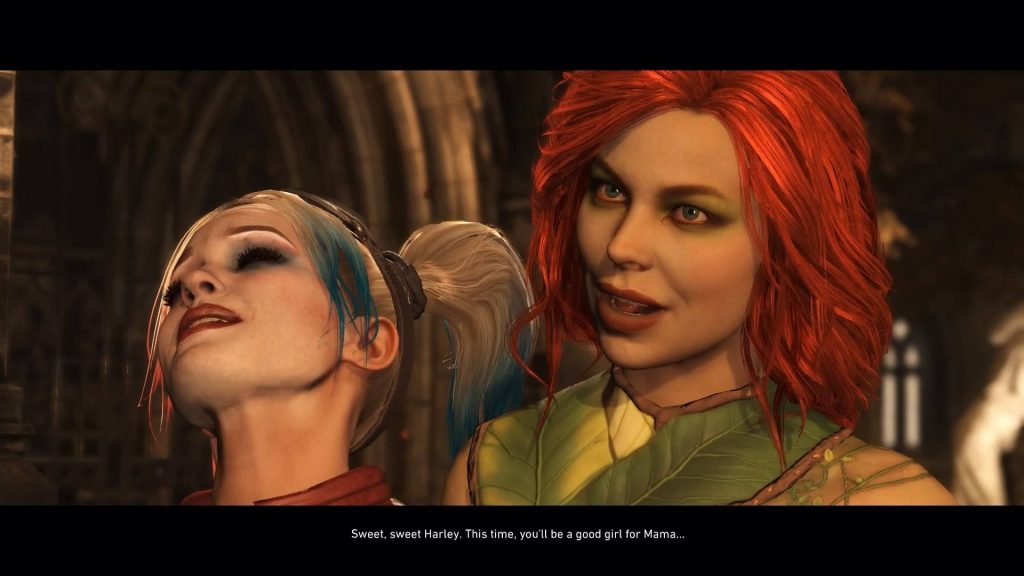 The result of these various conflicts is directly akin to the comic books and tells not only an interesting story of alliances and betrayal, but also one that is filled with genuine drama that is seen on the faces of the characters. The detail of Injustice 2 is what makes it stand out and sets it far apart from the likes of Street Fighter and other fighting games that stick to the rigid formula of decades’ past. Instead having the story played out on the fighting stages themselves, we see more of the world around the arenas. Characters don’t stick rigidly to their fighting stances and mouth movements and are fully motion captured to an incredibly incremental level. Characters like Harley Quinn and Poison Ivy come to life, especially the former as she blows gum and smiles in her token way. Batman doesn’t suffer from stern mannequin syndrome and looks like a living, breathing human under the cowl. The effect is stunning in motion and with the stellar voice acting it is going to be incredibly hard to beat in the future.

In addition to the comic book heroics and action, the story mode also serves another purpose of showcasing each character you can play as in the game. Giving a decent taster of what to expect moves and combo wise with each. Newer characters like Blue Beetle and Black Canary get the benefit of often being paired with other characters through the story so you are not stuck with an avatar you don’t resonate with. These moments allow you to pick your favoured character before a fight and results in branching dialogue that is tailored between the two combatant characters. Just another detail which I find to be an excellent touch.

After the story mode, the single player game doesn’t just end. Taking cues from Mortal Kombat X’s tower modes you can settle in to the multiverse which constantly provides you challenges to complete under certain restrictions. These challenges can be completing a series of bouts using a certain character as a DLC taster such as Darkseid or in other cases it can add modifiers which alter the pace of the game, throwing hearts into the stage to buff up the player who grabs them for an advantage as an example. Introduced in this mode also is the concept of gear which is essentially a loot system that rewards continuous play with stat enhancing armour to improve your prowess in both offline and online modes, (optional for online of course). It adds an interesting dynamic for sure and gives WB an opportunity to sell loot boxes, but I will say that it can often be confusing and not entirely clear on which armour is best for your character. Nonetheless it is a nice feature that removes the need to sell alternative costumes as you can customise your favourites to your hearts content. 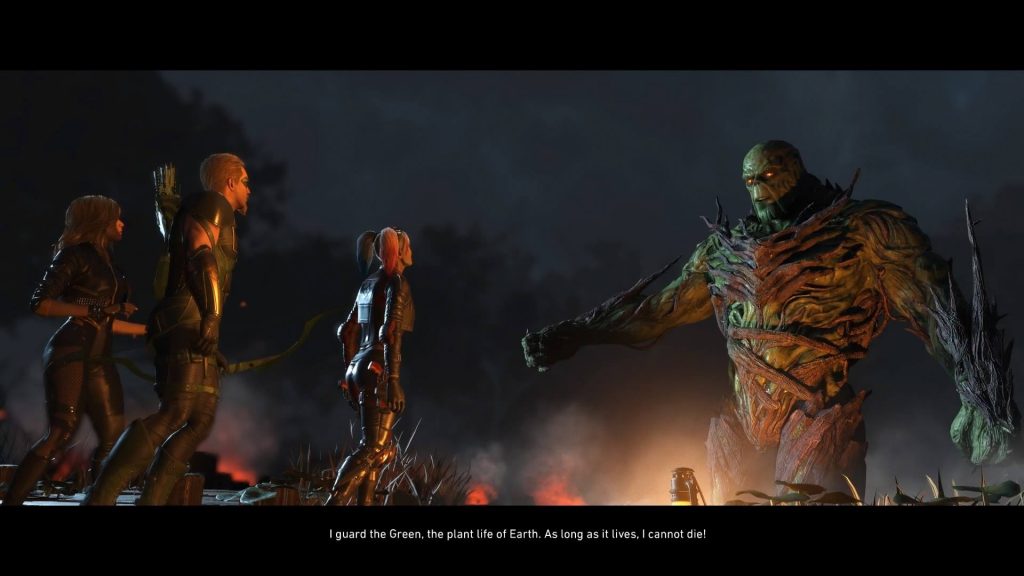 Combat wise the game doesn’t falter either. Injustice 2 takes the speedy inputs and the frame friendliness of Mortal Kombat X and tightening the inputs to allow for free form player made combos that made it famous. Each character is also furnished with a hero specific move that sets them apart from others and allows for interesting mixups and more opportunities to sap the opponent’s health bar. Rather than bombard you with lengthy combo strings to memorise from the off, Injustice 2 prides itself by teaching the player to work things out as they go. Something that feels incredibly liberating in practise. Of course, there will be optimal button presses when the meta game is figured out, but for now online and offline feels like a game of discovery rather than a test of patience and trial and error.

Two returning mechanics that have been controversial in the past are the clashes and super moves. Super moves are very like Ultra Combo’s in Street Fighter, but instead they are beefed up to an incredibly over the top and epic level with characters being smashed into space or thrown face first into a T Rex. They are great fun to watch, however after the twentieth or so time of seeing them play out I did wish for a skip button so that I could get back to the action. Clashes are a similar deal where both combatants meet in the middle of the screen to exchange witticisms and banter while the players wager their special meter. Wager more than your opponent and you win a bonus such as a health attack damage boost. It can sometimes turn the tide of a seemingly one sided bout, however it is far too easy to accidentally trigger a clash and often it is best to just take the additional hit by not offering any meter so you can use it for your super in a pinch. It’s alright, I just wish it didn’t happen so much as it can ruin a good flow if you have one going. 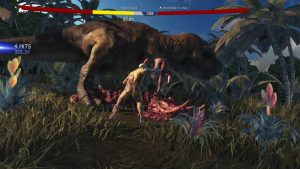 Injustice 2
9 Overall
Pros
+ The best story mode to ever be penned for a fighting game + Plenty of single player longevity with the Multiverse and gear collection + Amazingly realised character animations that bring the heroes and villains to life + A varied roster of twenty-six characters to try from the off
Cons
- Clashes become an annoyance pretty early on - The gear system can be very confusing at first, stat weights could be communicated better
Summary
NetherRealm hasn’t just created a neat superhero themed brawler; it has changed the game entirely. The story mode puts all fighting game narratives to shame and offers an excellent taste of the game for newcomers. Injustice 2 is a feature rich fighting game that goes above and beyond expectations in terms of gameplay, graphics and its respect for the source material.  Competitors should take note; a new king has entered the ring.