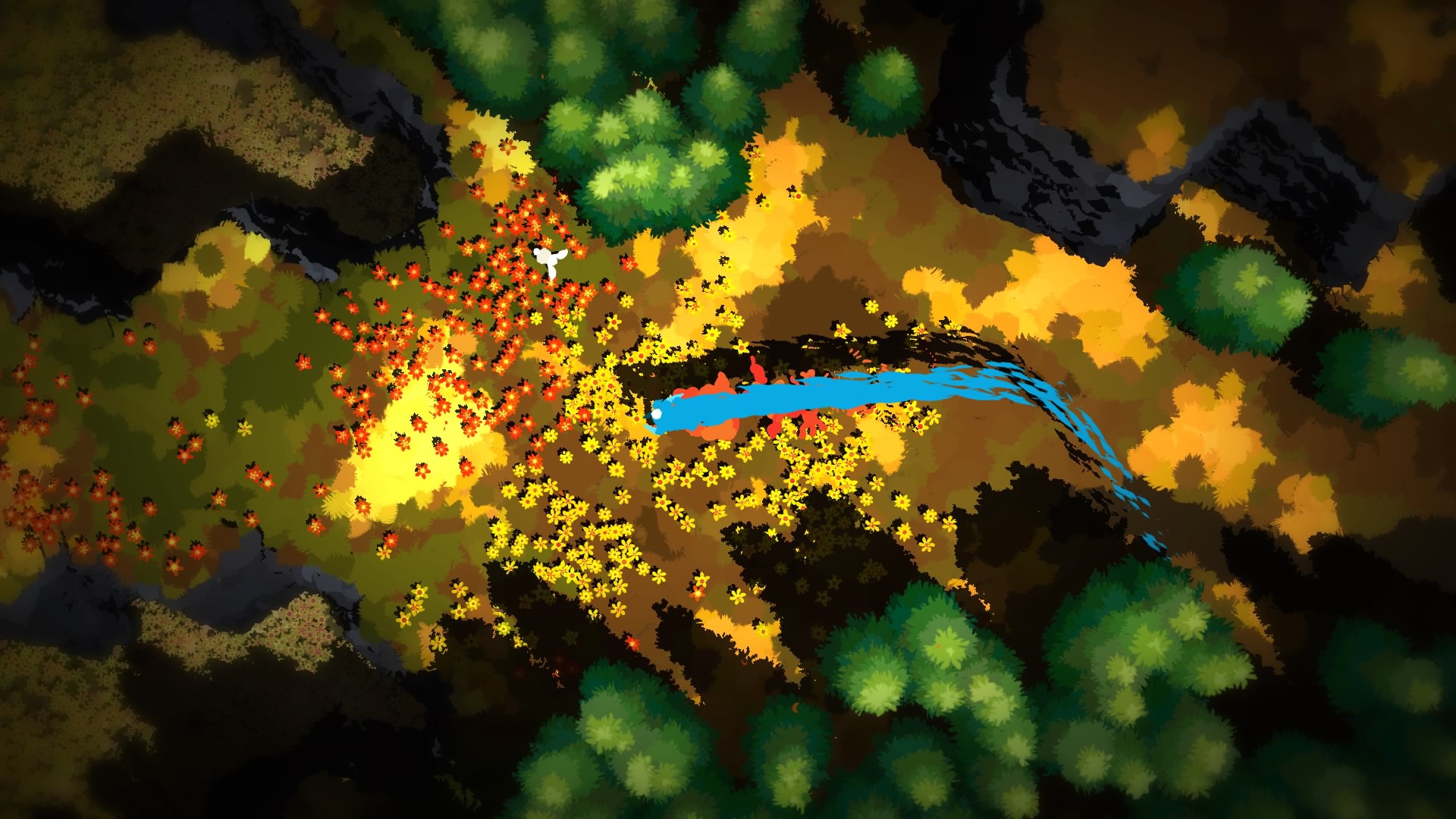 Every once in a while a game comes along which defies easy categorisation, a game where describing the gameplay mechanics wont add up to the overall unique experience of playing the game.  Future Unfolding is a game which needs to be played to fully understand and appreciate the unique experience it is offering. Straddling somewhere between the genres of walking simulator, puzzle, survival and exploration Future Unfolding is a very enticing proposition.

Right from the start Future Unfolding defies expectations as there is no HUD and the only nod to a tutorial is a single image of the controller with the circle button being pressed. The game trusts you to just get on with it, and this is a very audacious approach for any game. Presented with a lush forest to explore the game is viewed from a top down perspective and has an interesting mix of both boldness and subtlety to it’s colour palette.   The trees are bold splashes of greens or reds and the lakes and rivers are azure expanses to get drawn into.  Shadows also play a large part in the visual design here and they are black and imposing, providing a feeling of an environment exposed to the bright mid summer sun. Your character is also able to run and will leave a bold blue trail in it’s wake. This boldness of colour is tempered by the smaller details such as the flowers which move as you pass, or the birds which catch the sun and change from white to gold as they fly overhead. 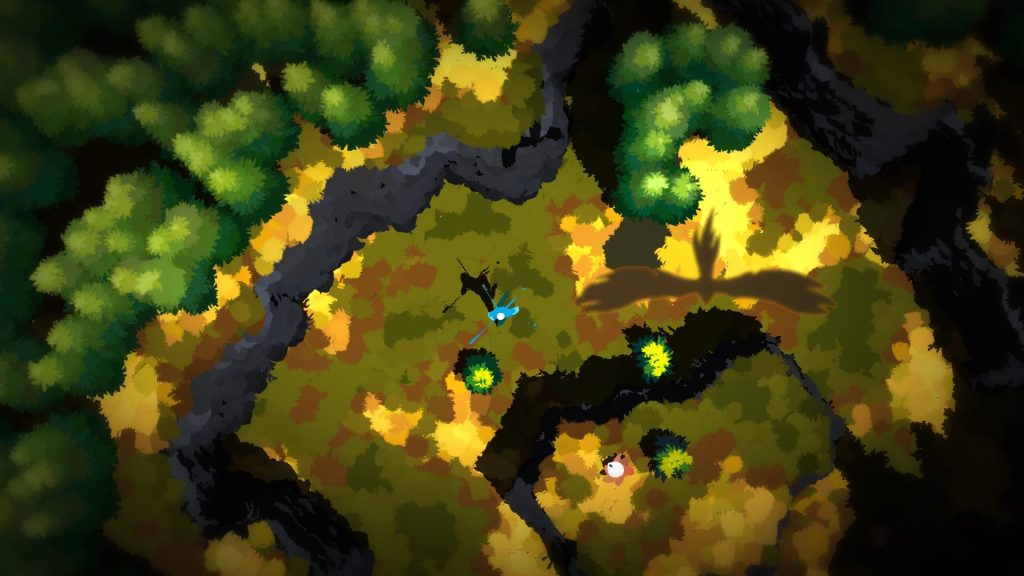 With no goal I was free to explore how I chose to and a lot of the fun I had was in discovering how the world would react around me. Exploration plays a key part in the moment to moment gameplay here and a lot of my time playing the game I spent pushing through the lush forests to get to new areas. I don’t want to spoil the discoveries to be made but it feels like everything has a purpose, from the animals to the placement of individual stones or trees. I was constantly engaged and surprised by the way the world reacted to my presence. There is a story here but the way it is dolled out at in small phrases is purposely vague and open to interpretation.  For me the story element was the weakest part of the game. 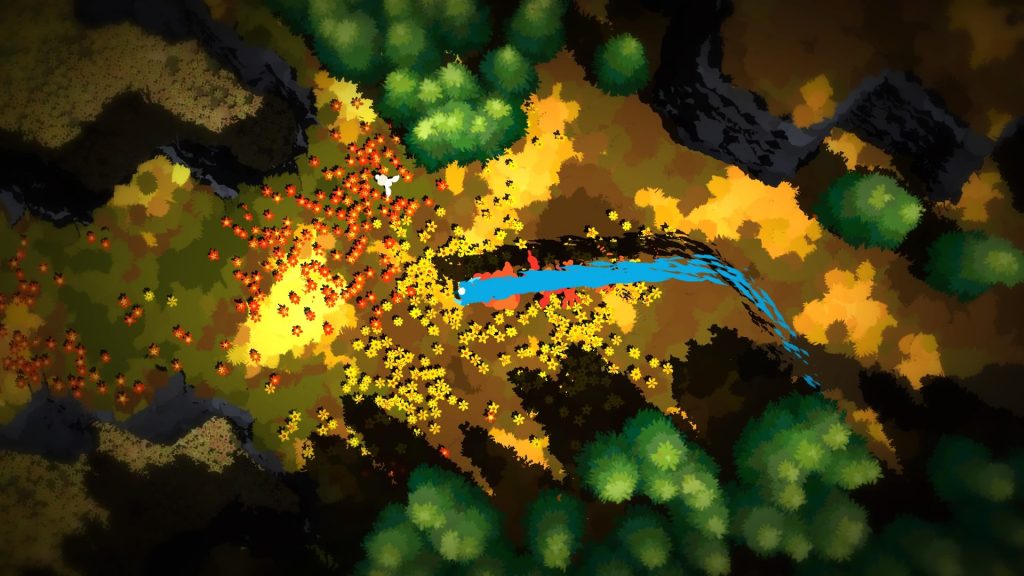 Future Unfolding gave me a wonderful sense of being a pioneer discovering the unknown and charting my own progress. This was down to two key parts, firstly the way the map is only filled in as you explore drove a need in me to search all sections fully. Secondly the way the levels are procedurally generated lent the whole game an organic and real feel to it, reminding me of lost summer days playing out in the local fields. There is a great joy in just walking around the environment discovering the world in your own way, at your own pace.

As you play the game there will be moments where the way ahead is blocked and getting past these blockages forms the main meat of the gameplay. I’m reluctant to use the word puzzles here as the tasks you need to complete are more abstract than simple puzzles. Often the task, as well as the solution, isn’t always clear but once again the joy of exploration leads to discovering what you need to do. For example the placement of stones and trees takes on a huge significance and the way the environment is used to resolve these puzzles is interesting and surprising. Progression through the game is very much gated by these tasks, and whilst mostly I discovered the solutions easily enough some did leave me wandering round aimlessly completely perplexed over where to even go to start the next task. 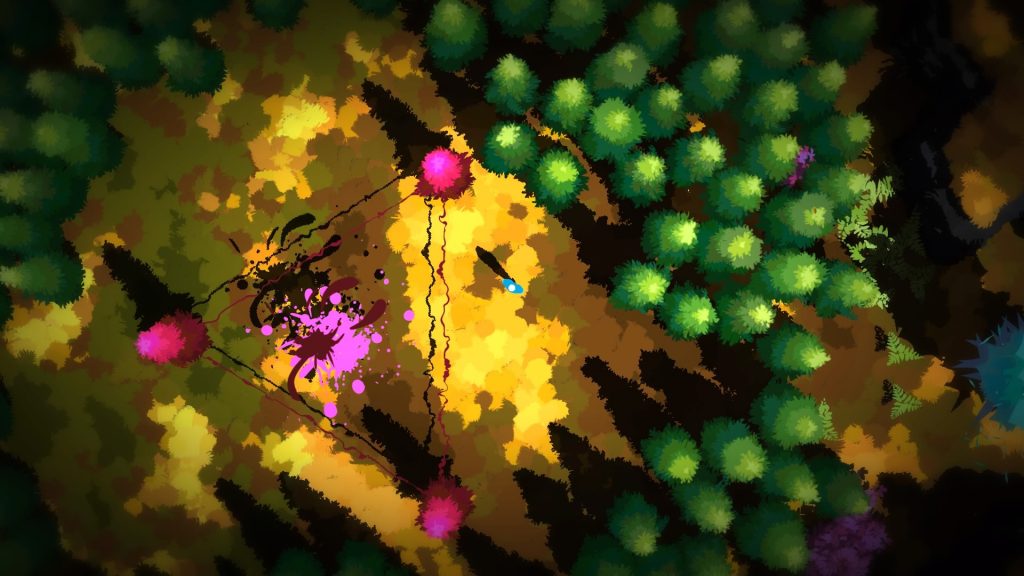 From a design point of view Future Unfolding is consistently brilliant. I’ve touched on the visuals and how these are striking to look at, but this extends to the map screen as well.  The map is drawn in as you explore further and the iconography used on the map is clear and oddly otherworldly which adds no end to the sense of discovery and exploration.  The musical score is also worthy of note as it comes to the fore and fades away in a very natural way, audio cues are key to discovery here and the noise of pebbles or the rustle of leaves become important to listen out for, informing as they do the puzzle elements of the game.

Future Unfolding is not going to be a game for everyone, lacking as it does many of the aspects of traditional gameplay, interaction is limited to the press of a single button and the story is vague and easily ignored. But if you’re looking for a unique game, a game which defies easy categorisation and a game which celebrates the joy of exploration this could be for you.

Future Unfolding
8 Overall
Pros
+ Excellent sense of exploration
+ Wonderful art style, with great attention to detail
+ Great music and sound effects
+ An overall brilliantly designed game
Cons
- Lack of interaction will leave some people cold
- Some of the puzzles are a little unclear
- The story is forgettable
Summary
Future Unfolding is not going to be a game for everyone, lacking as it does many of the aspects of traditional gameplay, interaction is limited to the press of a single button and the story is vague and easily ignored. But if you’re looking for a unique game, a game which defies easy categorisation and a game which celebrates the joy of exploration this could be for you.