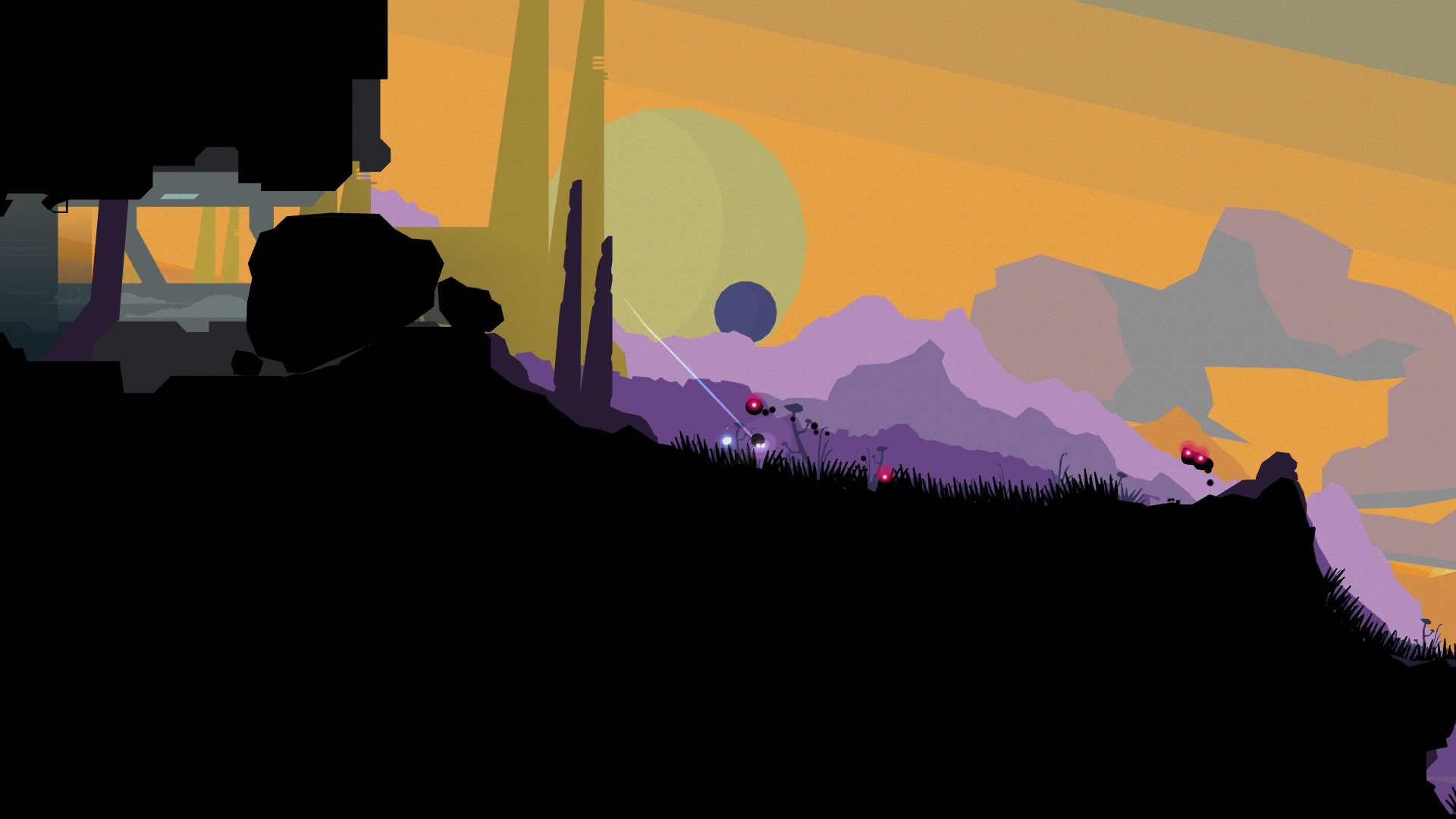 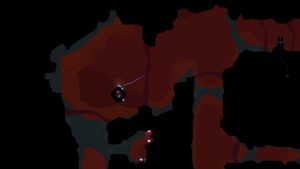 It seems somewhat fitting that a Metroid clone is hitting the Playstation 4 in the lead up to a new Nintendo console release. Forma.8 arrives from Mixed Bag, a small team aiming to fill the same gap plenty of independent studios have successfully set foot in.

Forma.8 presents itself very well. There’s a minimalist philosophy on hand which helps to build a deep atmosphere with understated ambient music and just the noise of the level’s inhabitants to keep you company. The locales feature wildly different, colourful palates that aren’t too busy. It looks very abstract with sharp lines and right angles often on display. There’s a nice sense of scale shown as you submerge yourself below the planet’s surface. There’s some wonderful vistas on show above and below ground with diverse environments utilised to great effect. Enemies and objects all appear mechanical in nature and, at times, it can feel like interacting with a circuit board. It’s very cool to look at with new areas giving off their own sense of awe and intrigue that really adds to the want to explore.

And exploration is the order of the day. Through the interconnected areas, you’ll be wandering to uncover keys, collectables and new enemies. Things are kept pretty tight until you unlock the correct ability to see new frontiers. There’s a familiar grid-based map on hand which expands as you enter uncharted waters and each area culminates with a boss. These bosses withhold new powers which, once in your possession, can be used to improve your ability to move and fight your way through a very hostile environment. 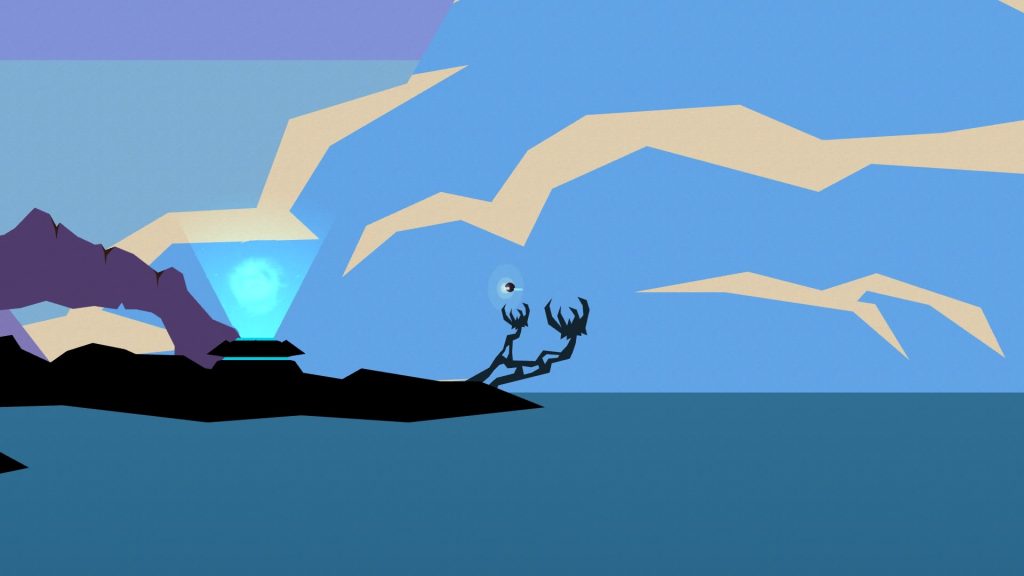 Movement feels very fluid. You control a droid who can move in all directions. There’s a weight and momentum on offer which pitched nicely against the analogue stick. I was taken by surprise but you can certainly be precise when the need arises. It’s nice to know that failure will ultimately be on you. Unfortunately, your speed seems a little under-cooked when undertaking serious backtracking.

You are given some direction in the form of glowing hotspots on the map but, for the most part, you’re left to your own devices. The map is very sparse by design and, unfortunately, it can’t aid you much beyond showing entrances and exits. It would be nice, particularly in the early stages, if you were presented with blocked passages or other points of interest. You can get lost and there are a few choke points which can be perilous. The lack of direction extends to the story which opens with a crash landing and then quickly fades into the background. It can certainly undermine a reason to persist with Forma.8, if adventuring into new corners of the map aren’t enough to maintain your interest. 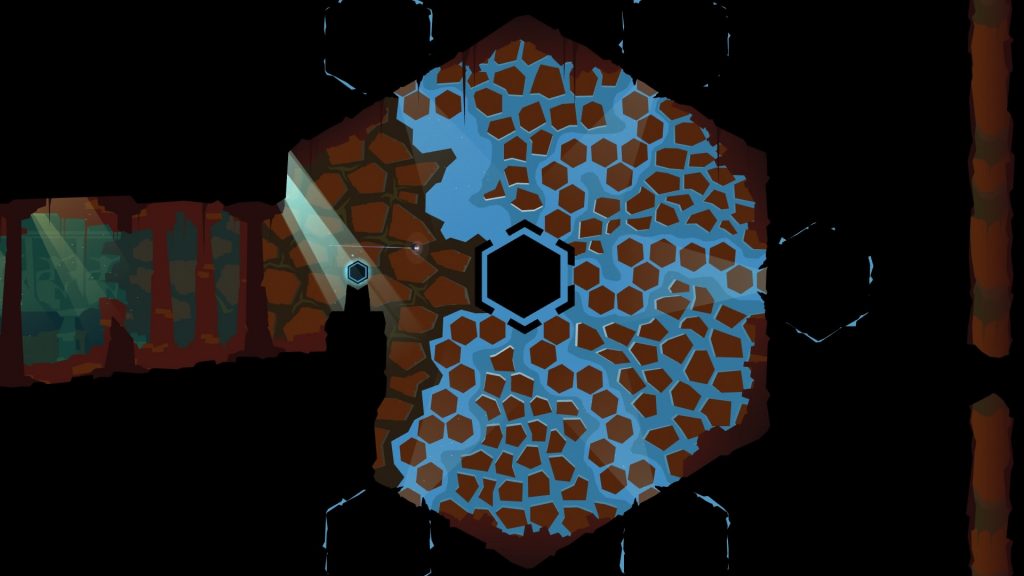 Combat begins fairly simple with you gaining a simple shockwave as your main form of attack. As you progress and gain new abilities, they deliver more ways to deal with enemies. Like the map, there’s a gentle nudge given when new adversaries come in force. The larger foes can feel like puzzles within themselves. Like the map, there’s a gentle nudge given for some solutions but figuring one out brings its own sense of satisfaction. Bosses follow suit with some requiring environmental interaction to bring them down. It gets more involved as you delve deeper with rather special touches arriving later in the game.

Progress is saved whenever you enter a room so, whilst there are explicit checkpoints on offer, you’ll almost always resume where you left off. Sadly, you’re respawned at half your health so, if you’re entering a tricky gauntlet, you can feel a little hard done by. You have tools at your disposal to avoid being swamped but you’re sometimes delivered right into trouble. You usually have plenty of opportunities to regain a full bill of health but it can sometimes be right in the line of fire. It leads to the odd moment of frustration in what is an otherwise relaxed, enchanting encounter. 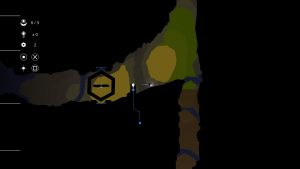 Mixed Bag have produced a charming, abstract planet that’s a joy to traverse and discover. Being left to discover most of it on your own can be a daunting proposition but I never felt overwhelmed.  Movement has a weighted precision and you’re given new and interesting tools to deal with the puzzles and foes you’ll see on your journey. It’s an engrossing adventure that re-enforces the Metroidvania genre whilst carving it’s own sense of style.

Forma.8
8 Overall
Pros
+ Great minimalist look. + Fantastic atmosphere. + Intriguing sense of exploration. + Precise movement.
Cons
- Sometimes lacks direction. - Doesn't seem to offer much in the way of plot. - Slow movement speed can compound backtracking.
Summary
Forma.8 puts its best foot forward with a minimalist, abstract style that works wonders. More direction would be nice and the plot quickly vanishes but the pull of exploration offers enough to propel curious players deeper under the surface. It's a great addition to a much-loved genre which carves its own place with some striking aesthetic choices.