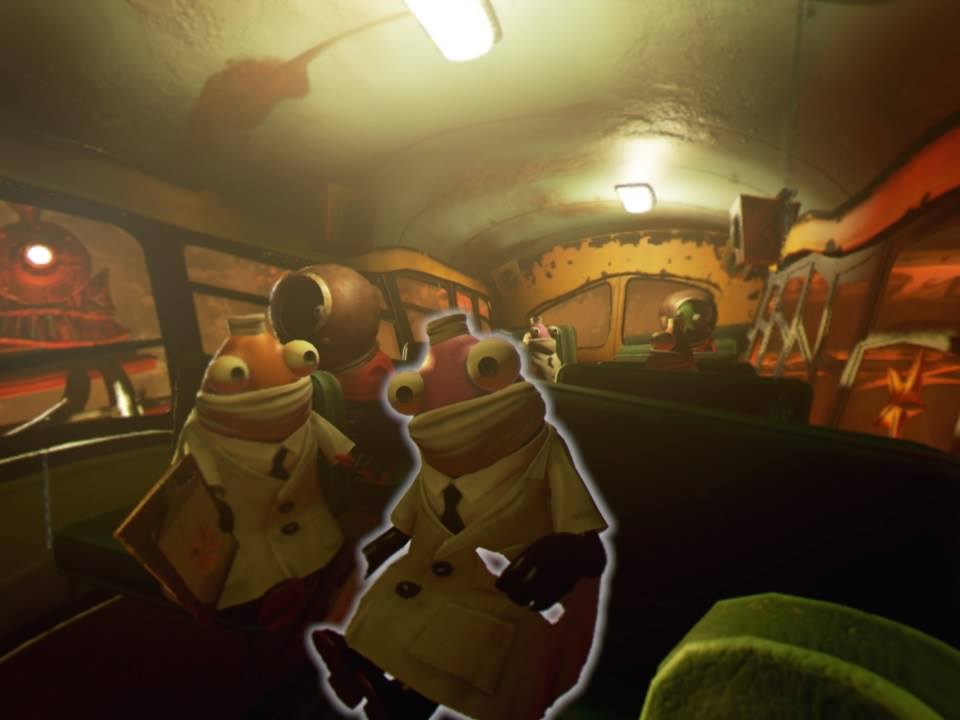 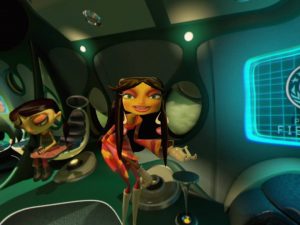 When it first appeared on the scene, Psychonauts was a bit of an enigma. From the outside it looked like a pretty standard 3D platformer with Tim Burton-esque characters running about on screen. But to those who played and dived deeper into the world there was an amazing level of thematic depth hiding underneath the ageing gameplay. It was immensely charming in the ways that the story and action were portrayed, crowned with the delightfully twisted level design that made full use of the creative freedom that jumping into deranged minds could offer.

Psychonauts in the Rhombus of Ruin takes place straight after the events of the original game. Once again you play as Raz, a now fully fledged member of the telepathically endowed psychic spy team known as the Pyschonauts. Your first mission is to seek out the Grand head of the team, Truman Zanotto and bring him home to safety. You are accompanied by fellow agents Sasha Nein, Milla, Oleander and Lilly Zanotto, the daughter of Truman as you embark through the Psychonauts equivalent of the Bermuda Triangle, the Rhombus of Ruin.

While the original Psychonauts was a platformer, the Rhombus of Ruin is a more standard adventure game. You play exclusively through the eyes and the minds eye of Raz as he hijacks the view of others around him to shift perspective around the world. This is a fairly clever way of getting around the usual VR schtick of keeping a singular fixed position to avoid motion sickness while still seemingly be moving around the world and it is a fairly good fit for the subject matter. Each scene within the game takes place in rooms in which you have to observe from different angles to solve puzzles. For example there is a puzzle that involves a fairly rudimentary computer with fish and squids as buttons for you to press. As you look around the room you find notes that depict a certain sequence of the fish for you to input into the computer to unlock some more insight into the location you are in. 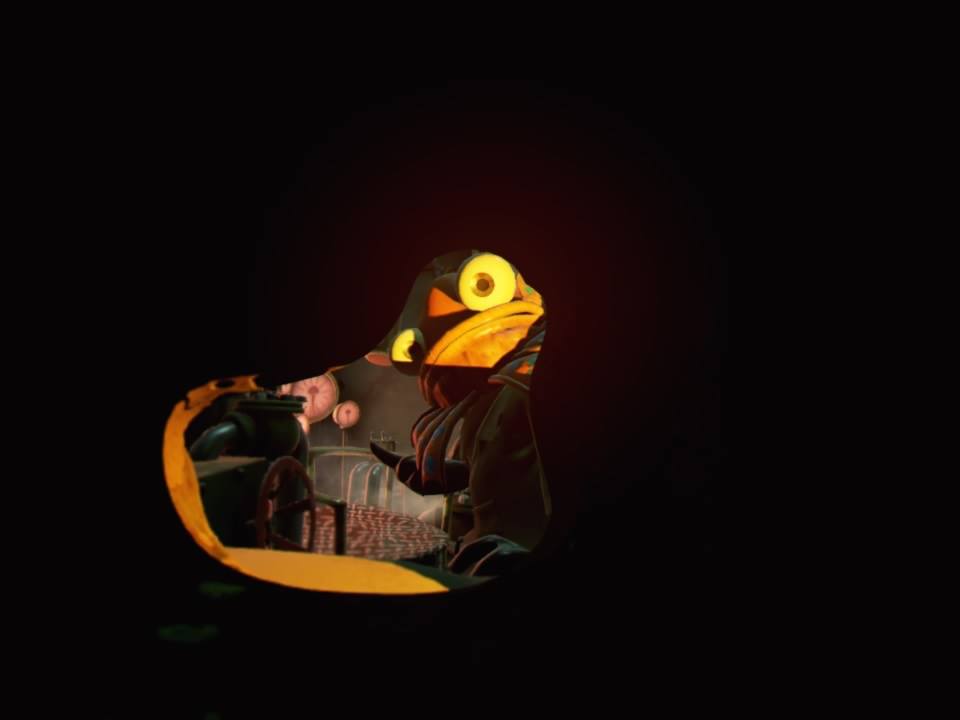 If that sounds a bit simplistic then you would be right. There are few challenges throughout the Rhombus of Ruin that you have to worry about, with most puzzles being very easy to overcome. This feels like this is by design, considering the constraints of VR and the comfortability of the user donning the headset. It means that you aren’t sat in a single place for too long so you either get bored and look up a walkthrough or strain your eyes unnecessarily. This is further exacerbated by Raz or the characters nearby that consistently give you hints as you play. Sadly this is to a fault as the hinting usually boils down to repetitious phrases that will be all too familiar if you are used to rubbing everything in your inventory against a character in previous Tim Schafer adventure titles.

Annoyances aside however, VR is brought into the focus in Rhombus of Ruin as the game makes very good use of the technology. As previously mentioned you are constantly hopping around different viewpoints to check the world around you and the creativity of this simple mechanic can be fairly profound. One of my favourite instances being where you are shifting between the viewpoints of gormless fish characters and then into the eyes of a rat as it is being picked up by Lilly who towers over you convincingly. The constant shifts in perspective feel as strange and jarring as they should do and can make for some brilliant effect. Particularly in a section late into the game which sees you enter the mind of a character which I will not spoil for you. This is set out like the main levels in the original Psychonauts, with the constraints of the clairvoyant hopping between perspectives. It shows that the creative juices that made the original game so good are still flowing strong. It’s a bit of a shame however that the game is only around two hours long, because when this section comes along I was wanting more. However I will say that the length, while a bit disappointing, was about right for me. It doesn’t outstay its welcome or get tedious with repetition. 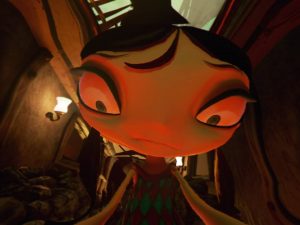 Psychonauts in the Rhombus of Ruin
7 Overall
Pros
+ One of the better looking PSVR titles on the market + The charm and design quirks from the original game are still very much alive here + More Psychonauts can never be a bad thing + The use of perspective is very well realised, particularly in the closing moments
Cons
- Very simplistic puzzles, could have done with a tad more challenge - Only two hours long, so the price will be a sticking point for some - Repetitive hints given by some characters can be incredibly grating.
Summary
Psychonauts in the Rhombus of Ruin is a fun, bite sized package that once again brings back the brilliant voice acting and characters that made the original game so special. The two hour game length will be a sticker for some but it doesn't outstay its welcome and gives us a cheeky morsel of the things to come in Psychonauts 2, which cannot come soon enough.