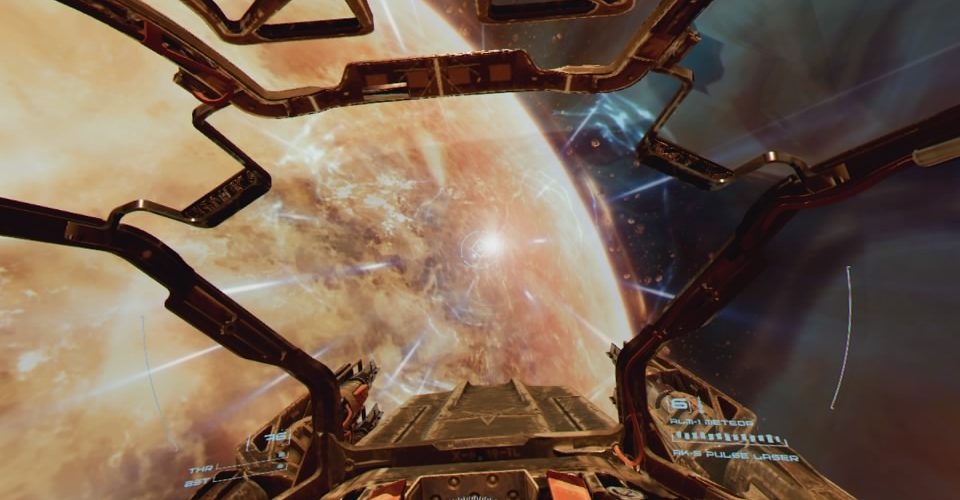 End Space is a PSVR-only space shooter from Canadian VR specialists, Orange Bridge, and it has plenty in common with other space-based titles for the headset such as Space Rift and the Eve games.  It all has reminds us of the VR mission in Star Wars: Battlefront.

It’ll be no surprise then that this is one of those games where you play as a pilot who is crammed into a little one-man space fighter, facing off against a fleet of enemies.  The plot sees you playing as a contractor who is tasked with various missions in order to stop a rebellion by an apparently well-funded organisation.

The game doesn’t offer much in the way of an introduction.  A masked figure stands by the central console that operates as your mission map and he’ll give you some details on the next mission, the first of which is a simple tutorial that shows you the basics when it comes to controlling your ship and firing your weapons. 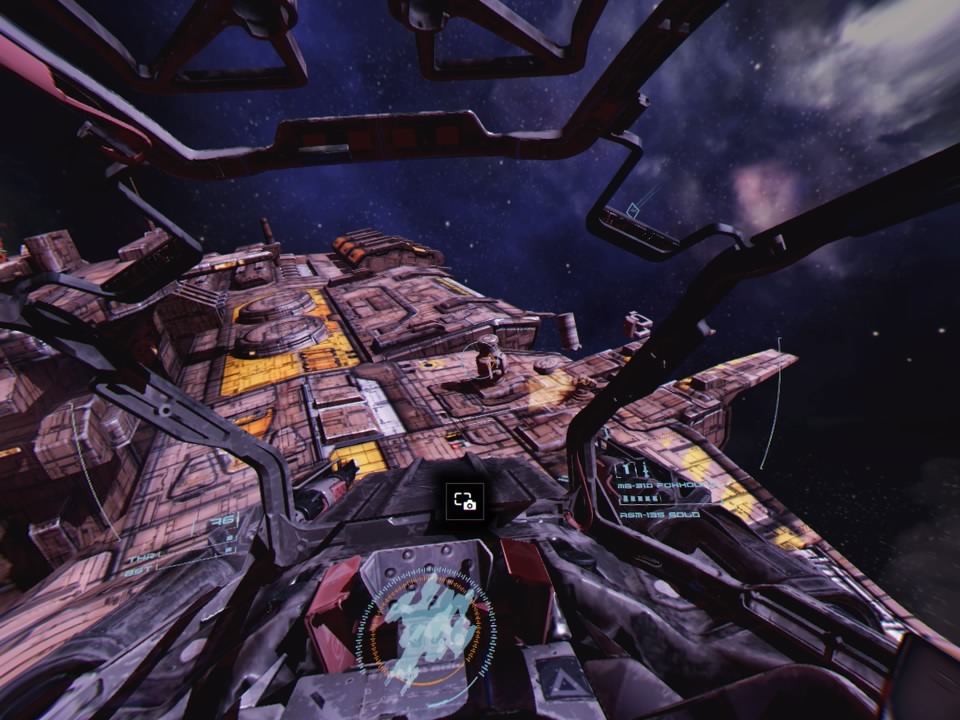 Once you’re in your ship, the controls are reasonably straightforward.  The left stick controls direction, the right controls your rotation.  The triggers control your primary and secondary weapons while your acceleration is mostly automatic with just the X button adding a boost function that, like your weapons, has a cool down.  Aiming uses the head tracking from the PSVR helmet, like many shooters of this type, and it works well.

Piloting the ship feels pretty natural and when you get into dogfights and larger space battles, you do have enough control to feel like a badass pilot.  This is aided by the splendid graphics which aren’t afraid to put enemy ships nice and close, which makes them all the more satisfying when they break apart in front of you.  Larger ships such as cruisers and mining ships also turn up with a range of defensive weapons to worry about and these look great also, thanks in part to the Borderlands-esque cel-shaded visuals.

Each mission has a planet in the background and these are the usual molten types, Earth types and icey ones that you’d expect to see.  Although these are just static images, the effect is pretty good from inside the PSVR headset and we particularly liked your ship’s tidy design, especially the way the glass (or plastic or whatever they are made of) windows distort the view behind them slightly. 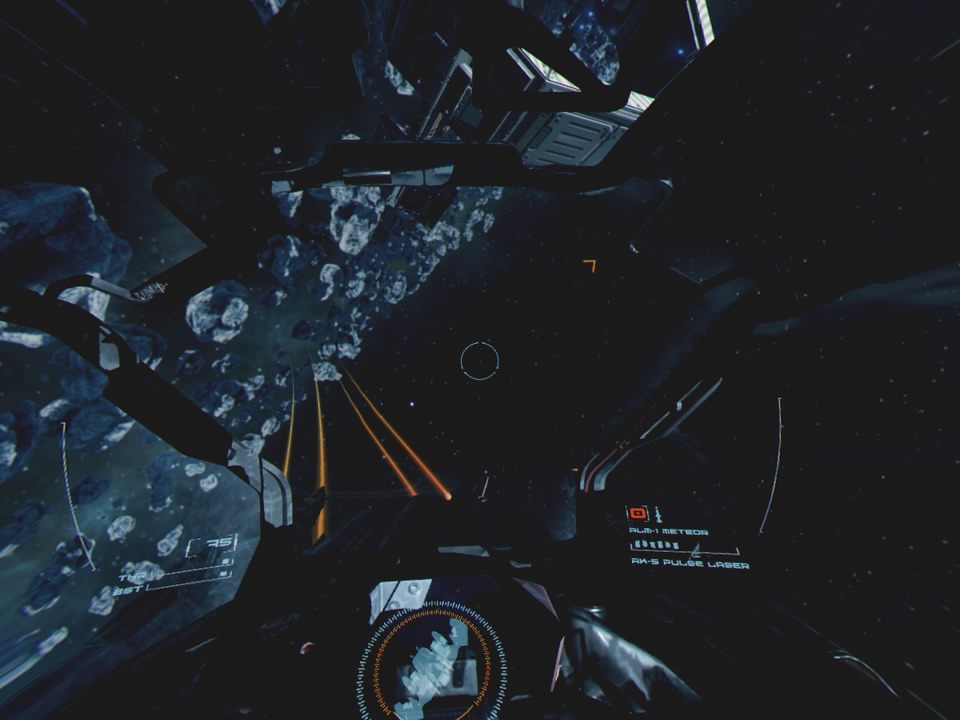 Add to that a nicely dynamic soundtrack and decent space battle sounds and End Space ends up being a nicely immersive game that gives you one of the better VR experiences out there at the moment.  We could live without the annoying alarm that tells you that you’re about to crash into something (when you probably aren’t going to) but that’s a minor niggle and we were glad to get some actual voice acting in the game.

The only downside to the game is that it is, for the most part, a little too easy.  In one on one battles, you’re basically invincible thanks to the forgiving enemy AI.  Larger battles with a few of the bigger ships nearby suddenly become a lot more worrisome though and this is welcome, especially given that the campaign really is just a couple of hours long.  That said, there’s just enough of a challenge to make this a game and not just a VR experience.

Overall, End Space doesn’t do a whole lot but what it does, it does very well.  It’s as close as you’ll get to having a Battlestar Galactica fantasy with your PS4 and it’s always nice to sentence the rebel scum to a miserable death in space.  Just don’t expect a whole lot of content, but be prepared for a thrilling, if short, war in space.

End Space
7 Overall
Pros
+ Fun dogfighting
+ Good controls
+ Some very nice visuals
Cons
- Is a tad too easy
- Your ship doesn't have much of a feeling of speed to it
Summary
End Space is a solid space shooter that combines smart controls with some lovely graphics and is one of the better VR titles out there. There are some concerns with the game's lack of difficulty and content, but we still recommend this to any PSVR-owners looking for a little bit of off-world action.