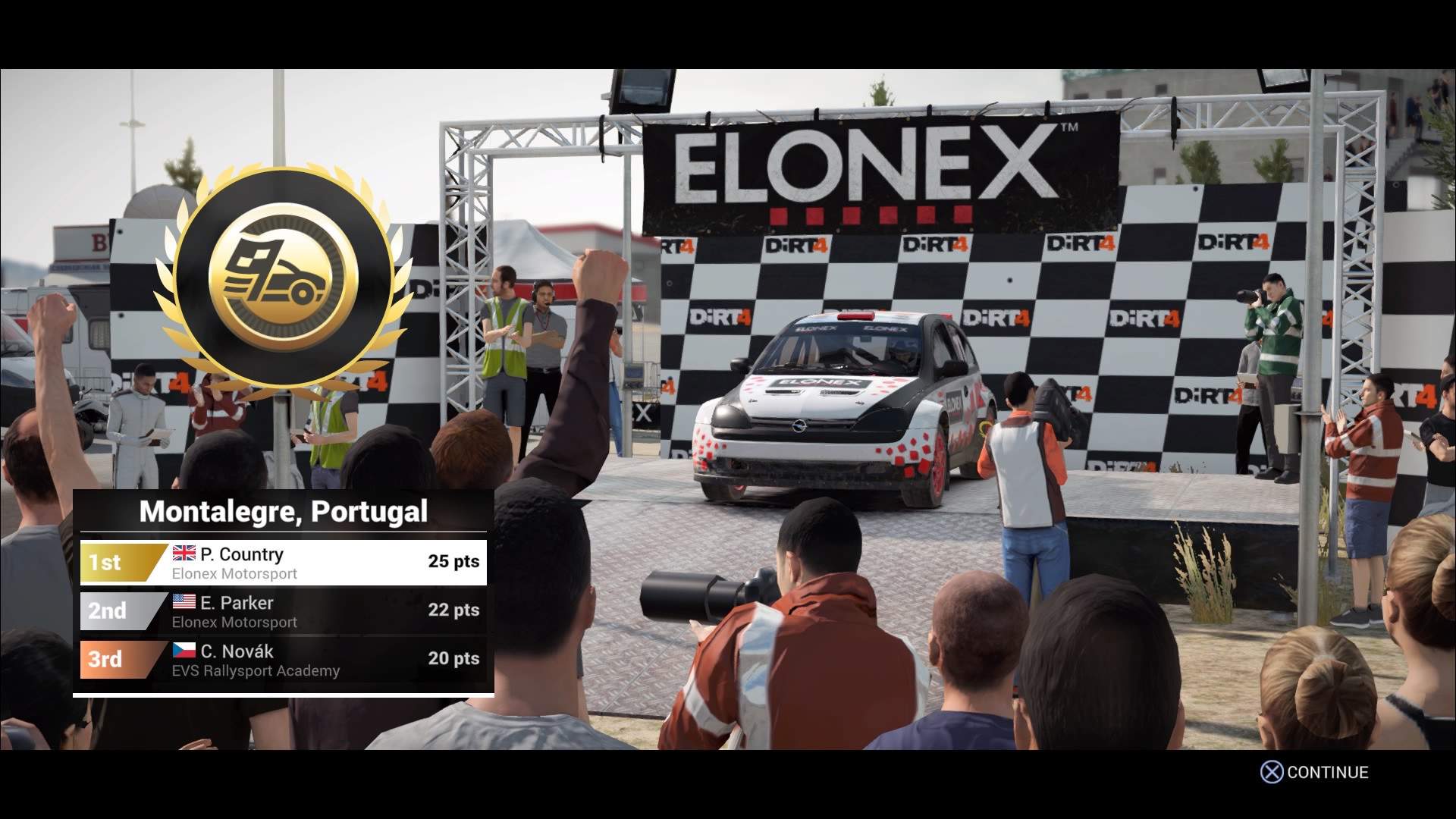 I’ve been away from this series since the first DiRT but Codemasters’ history with the rallying franchise has seen them venture into every off-road discipline you could muster whilst steadily becoming much more accessible. Whilst I never felt like a huge fan of the Gymkhana diversions, DiRT Rally proved there was an appetite for a more focused rally experience. DiRT 4 intends to take lessons from it’s predecessor whilst still trying to deliver what made prior games successful. 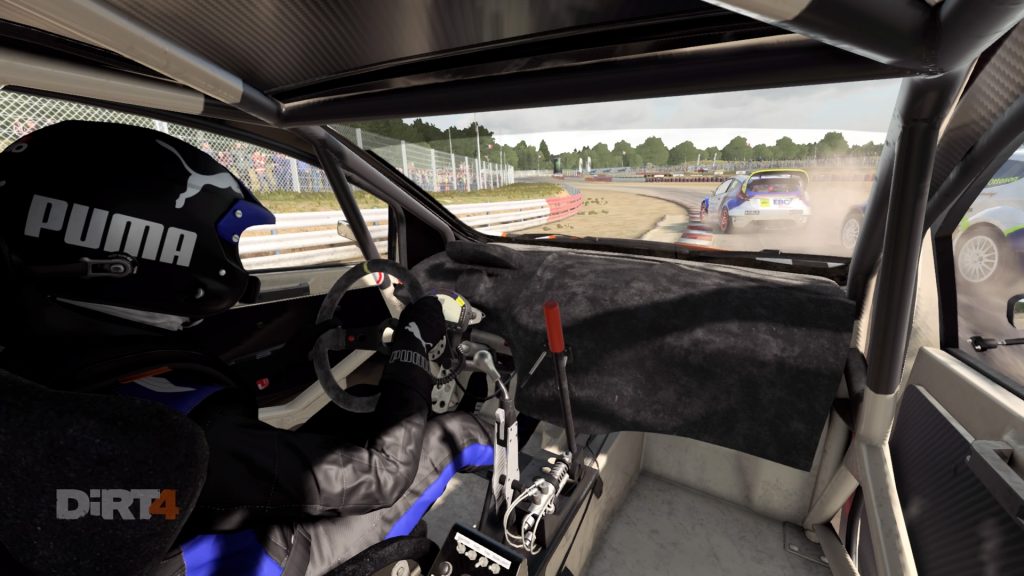 DiRT Rally‘s influence is clear to see. Flashbacks remain absent and the understated presentation delivers a start contrast to the virtual paddock you’d inhabit from previous DiRT titles. It certainly harkens back to the series’ infancy and the simpler, less extravagant approach allows for more focus to be turned to the on-track action. I’m not being managed by an agent who insists on calling me ‘Dawg’. You turn up and race with some slick vignettes introducing new disciplines and locations. Your co-drivers are all business and your given the usual podium celebrations when placing high in events. There’s very little fat on offer which keeps things moving smoothly, although the thick and fast nature of the events might start to grind.

The handling remains as strong as ever. You have the opportunity to choose between simulation and racer presets but can also tweak some variables to find the right balance for you. Whilst it feels like a standard for most racers, you’d miss it if it wasn’t there. A tutorial race suggests some settings to you and I’ve found the racer setting to be enjoyable enough. 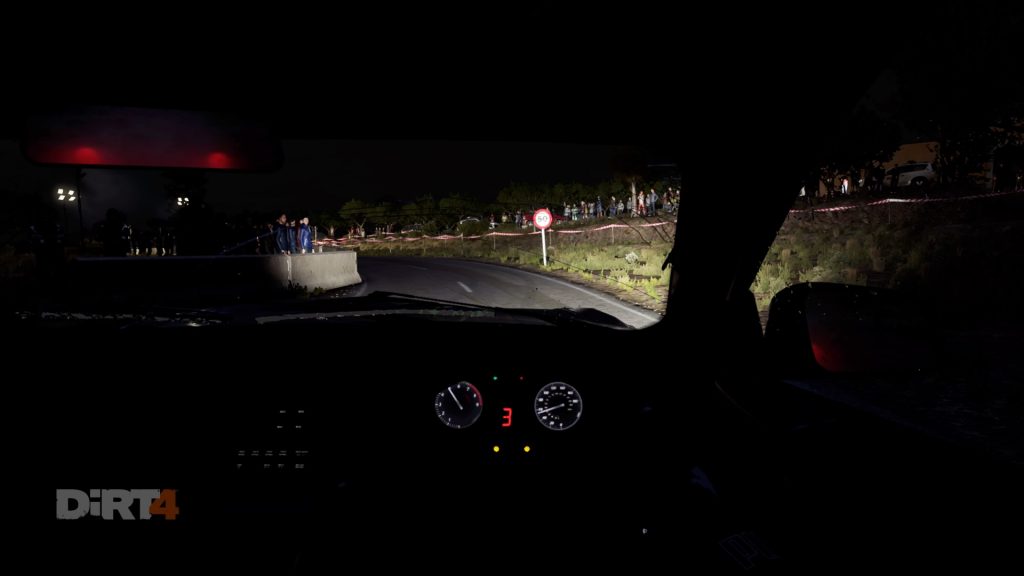 Whichever setting you choose, the handling has a tight responsiveness and different surfaces will offer different challenges. Esteemed co-driver Nicky Grist returns to lay out the pace notes which, as usual, require your full attention. The stages increase in complexity and offer some obstacles beyond the usual hazards. Crashes will happen ahead of you and your start time can see you setting off in unfavourable conditions. Rather than be a complete surprise, you’re usually clued in ahead of time and it can help adjust your approach. The danger and unpredictability of rallying are arguably the sport’s biggest attraction and I’m glad to see DiRT 4 replicate this nicely.

Taking the training wheels off and increasing difficulty offer cash incentives during a fairly substantial career mode. You can perform as a gun for hire or use your funds to build up a team of your own. The stakes are higher with your own outfit but the rewards come thick and fast. 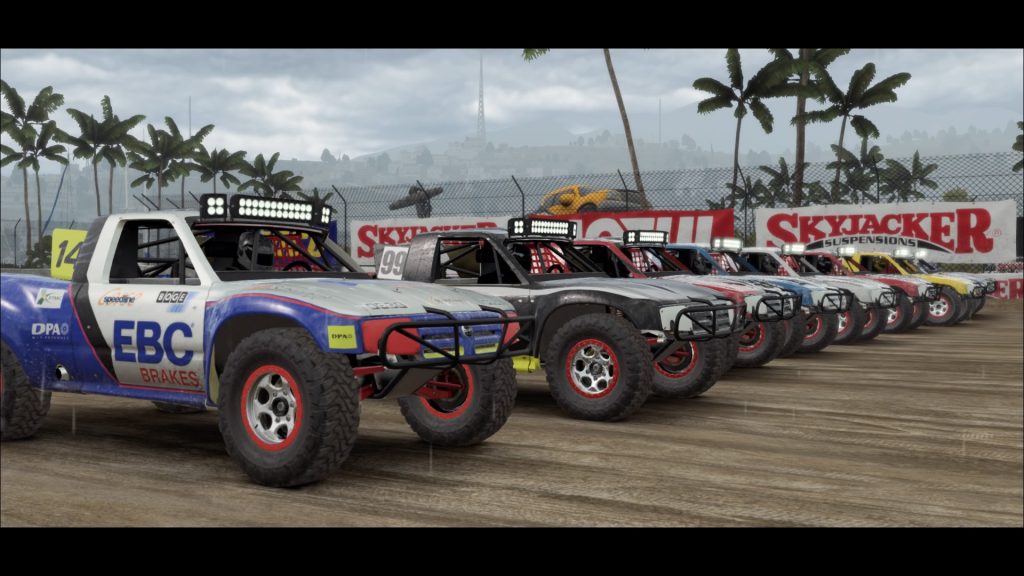 Circuit offerings do arrive in Landrush and Rallycross modes. They’re multi-race events that provide direct competition, rather than a fight against the clock. Rallycross remains fun as you try to time your joker lap whilst having enough time in hand. It varies things up enough to keep the usual point-to-point racing from waning. Landrush delivers a similar experience on paper but I find the sheer power and weight of these buggies to be a little too much. You’re given a spotter to warn you of nearby cars but I found it all too easy to be turned around and punted off track. It does feel great to finally see victory with them but it comes down to luck a little too often. It’s one of the rare moments I wish flashbacks weren’t absent.  You do have a recovery button but penalties seem a little inconsistent for using it and it’s not instant.

Codemasters continue to produce stunning visuals. The Ego engine remains robust with fantastic track detail and lighting on display. Some background elements look a little cheap but the tracks receive a lot of attention. Weather effects are well-recreated with sun poking through tall trees and fog crushes your visibility. Night time races show off how your headlights reflect off loose gravel, signposts and wet tarmac. Those little touches put a smile on my face and show how focused they are at giving their environments life. Weather is variable and will change mid stage. Puddles form realistically and add more danger to a sport that already requires plenty of concentration.

Sound excels. There’s a curated licensed soundtrack that accompanies the action sweetly. Every skip, bump and squeal of the car adds to the usually stellar engine note. You really get a sense of a vehicle moving through a stage against a harsh surface with many undulations. When racing against a pack, the roar of your competitors echoes around the small arenas. Codemasters have been doing this for years but it still impresses.

Community challenges bolster what’s already a full package of modes and give you a persistent reason to get back behind the wheel. There’s a handful of them available at launch with more cycling in and out over time. They’re effectively time attacks on the game’s numerous stages but it can grant you some bragging rights over complete strangers. Online multiplayer seems to favour the circuit racing which might annoy someone who isn’t looking in that direction for their fix. The servers hold up nicely although you might be in for a wait. Especially if you’ve joined a race already in progress. 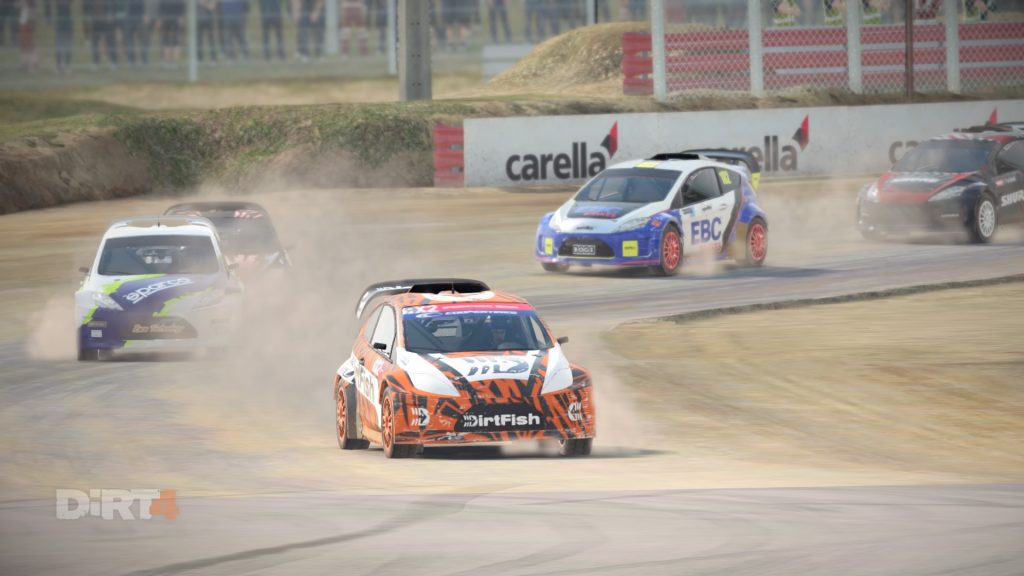 Codemasters have taken time to look back at the series more serious past whilst maintaining an accessibility. A streamlined presentation means the racing keeps coming with little obstruction and the handling is responsive and tight. It’s all complimented with a visual and aural treatment that shows genuine craft from a team that’s been doing this successfully for years.

DiRT 4
8 Overall
Pros
+ Exceptional handling with plenty of customisation.
+ Great, detailed visuals.
+ Plenty of reasons to hit the track.
+ Slicker presentation allows events to flow one after the other.
Cons
- Certain events will have you missing the flashbacks.
- The career mode may start to grind.
- Penalties for recovering feel inconsistent.
Summary
A series that was in danger of going stale has managed to take time off and re-evaluate what bedrock the foundations were built upon. Whilst more reserved in presentation, the racing recovers a serious edge that heightens the peril associated with one of motorsport's more enticing arenas. Whilst I do miss the crutch of quick rewinds and don't quite fancy the new Landrush mode, the majority of what's on DiRT 4's menu is served up exceptionally well.