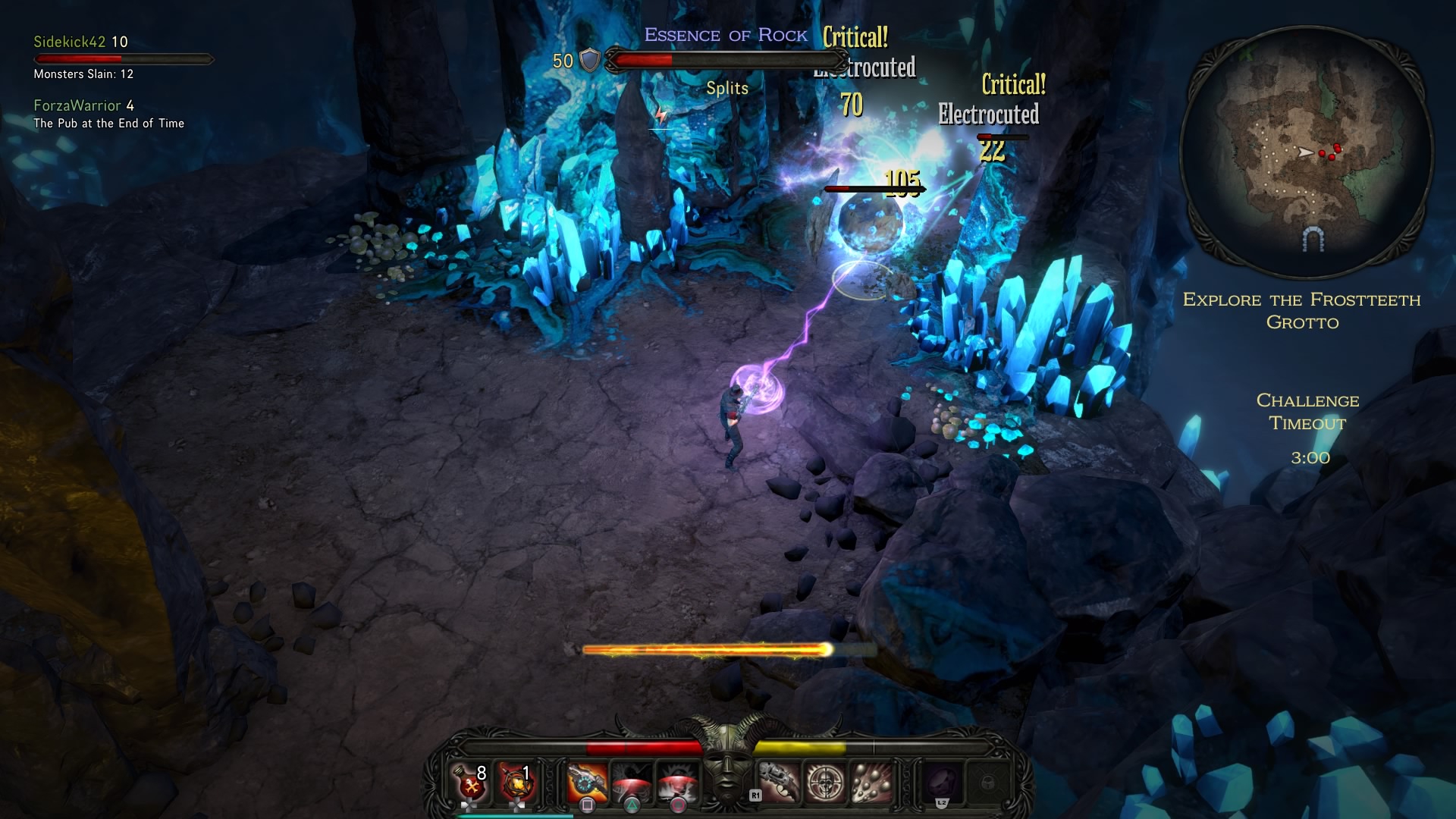 Victor Vran: Overkill Edition is an exciting prospect being an action RPG with co-op multiplayer and a loot driven quest structure.  It was originally released on the PC in 2015 and this version combines the original game plus the two expansions one of which, bizarrely enough, is based on the works of Motorhead.

Viewed from an isometric view the player controls Victor who is like a gun for hire when it comes to slaying vampires and other demonic beasts. Each level sees you moving through the dungeons using a range of magic, melee and ranged attacks to slay pretty much everything you come across. It is a pretty standard action RPG in this regard and it manages to hit all the boxes confidently making this a very easy game to play. 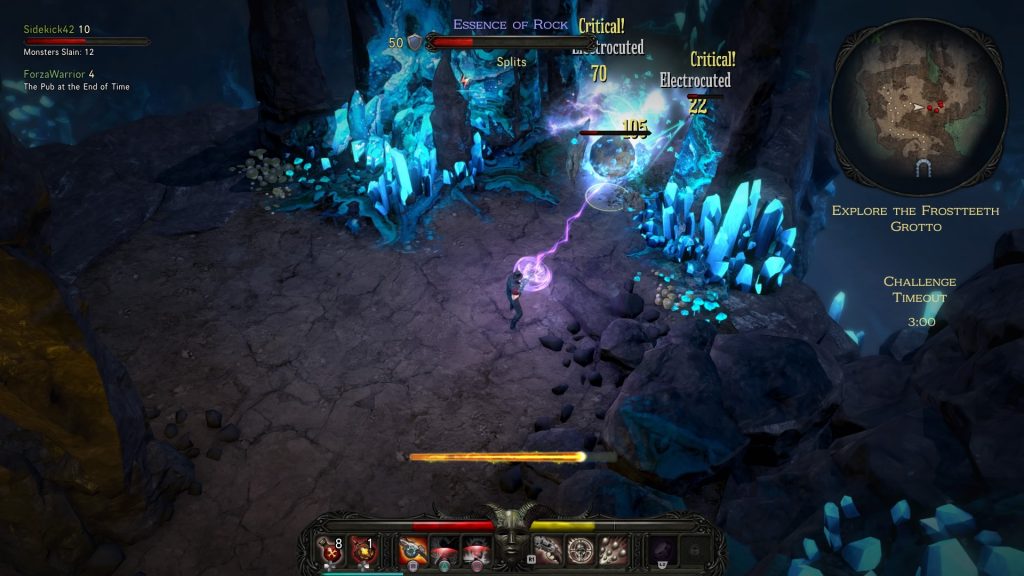 From the start Victor Vran does some great things to make the game enjoyable to play.  For example there are no starting classes and Victor is very much an everyman.  Specialisms are allowed and these come through the loot you’ll acquire which are all equipable.  You’ll never find yourself levelled into one particular skill set and if you want to try being a ranged fighter all you need to do is switch to a gun.  Switching weapons and skill sets is also made exceptionally easy as at all times you can have a second load out waiting to be activated through the press of a shoulder button. These two aspects combine to form an elegant system which allows room for experimentation on the fly and can give genuine variation as to how you approach each encounter. 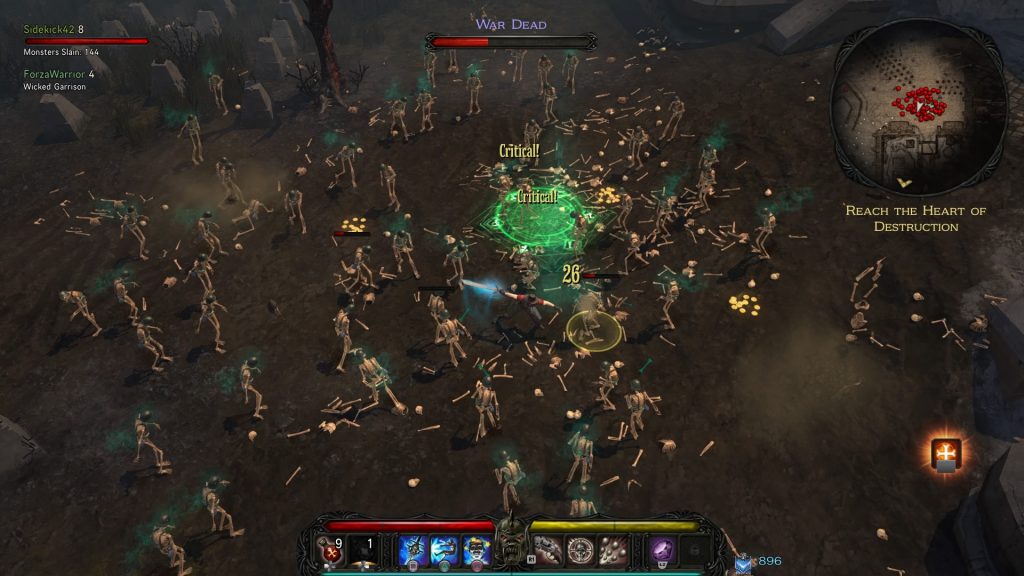 At your disposal you have three attacks specific to each weapon, a standard attack and two special ones. The standard attack will keep hitting enemies for as long as you hold the button down, but if you choose can be timed together through button presses for a slight advantage.  The two special attacks are on a cooldown timer but offer skills which can cause significant damage to the enemies. On top of these attacks you also have a overcharge meter which will fill up as you take and deal damage, although different outfits you can equip will change the ratio this charges up by. Once the overcharge is full you can use a magic power to give yourself a significant boost which is near essential in some of the tougher sections. Combat feels rewarding as you crowd control the enemies luring them in to the perfect position to allow you to demolish whole swathes of them in one well timed magic attack.

Victor Vran goes further in providing more customisation to how you choose to play as there are both passive buffs and negative combat modifiers you can apply if you want.  The negative modifiers will give you increased gold or experience at the risk of more difficult enemies. Add to this a hub where you can combine and improve your weapons and there is a multitude of ways you can tailor your playing style. 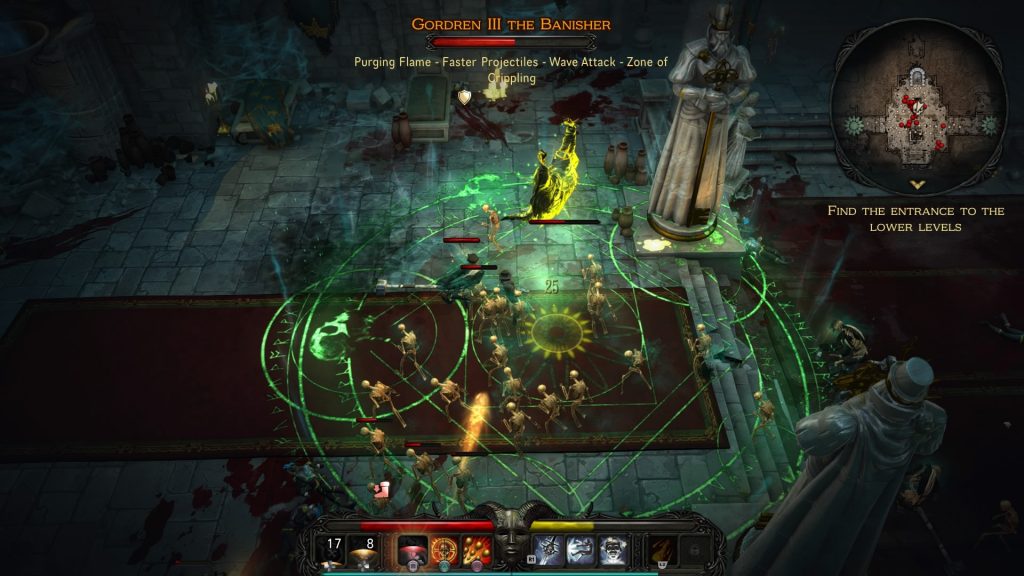 As a single player game Victor Vran is tricky and the hording enemies and tough bosses can really prove a challenge on even the easiest settings. It can also get a bit samey on your own, and feel like you’re just going through the motions.  Luckily though there is a strong multiplayer offering here and you can play both locally or online.  This whole experience is handled excellently well with easy drop in drop out options and friend list choices. If you can get together a full party there is bound to be a lot of fun to be had playing with your friends.

Graphically things look nice and clear with decent camera controls, the scenery also fades away which means the action is never blocked from sight. In the early part of the game there is a tendency towards brown dull looking areas but this improves by the latter half of the game and the expansions offer some further interesting locations. The enemy design does tend to repeat a lot though and you’ll be fighting through similar enemies just in different colour schemes. But given the sheer volume of enemies on screen at any time this is forgivable. 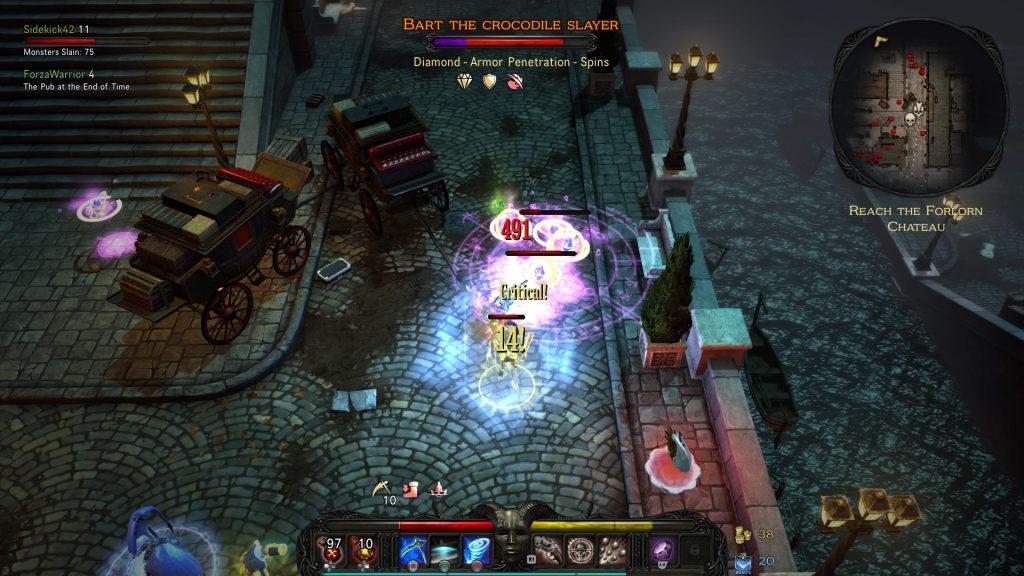 These kind of games are all about the cycle of loot and Victor Vran manages to nail this aspect well.  There are loads of pickups to collect of different variations and abilities including unique legendary weapons. I found it easy to lose hours to this game as I ploughed through enemies, as my interest was firmly engaged through the decent loot cycle.

There is a lot of game in Victor Vran Overkill Edition and I’ve really enjoyed playing this.  The range of customisation options and the fun multiplayer means this is a game which easily entertains. Whilst this is a good game in single player if you’re able to get a group of mates together then this really shines and will easily become a staple co-op game.

Victor Vran: Overkill Edition
8 Overall
Pros
+ Great co-op game
+ Decent loot cycle
+ Motorhead
+ Well implemented upgrade cycle
Cons
- Single player can feel a bit lonely
- Earlier levels look a bit samey
- There is a lack of variation in the enemies
Summary
There is a lot of game in Victor Vran: Overkill Edition and it is a great overall package. As a fun action-RPG, this really shines in multiplayer but is also able to offer a decent single player experience thanks to an engaging loot cycle and customisable combat options.