Ratalaika Games are back with another easy trophy rinse and while their usual MO is super predictable (cross-play games with super easy platinums), you can’t say that for the actual types of game they put out.  We’ve just reviewed their recent game Zeroptian Invasion which is a Space Invaders clone but they’ve also put out puzzle games, platformers, roguelikes and many more and yet here they are with the terribly titled Bird Game+, a game that checks off another genre.

Actually, I don’t know quite know what genre this is.  I guess it’s an endless runner type of game but seen from behind.  The closest parallel is Race the Sun which has a similar set up to this game in that you float ever forward, avoiding enemies and environmental hazards aside.  Both games also exhibit a sparse, minimalist style which also links them. 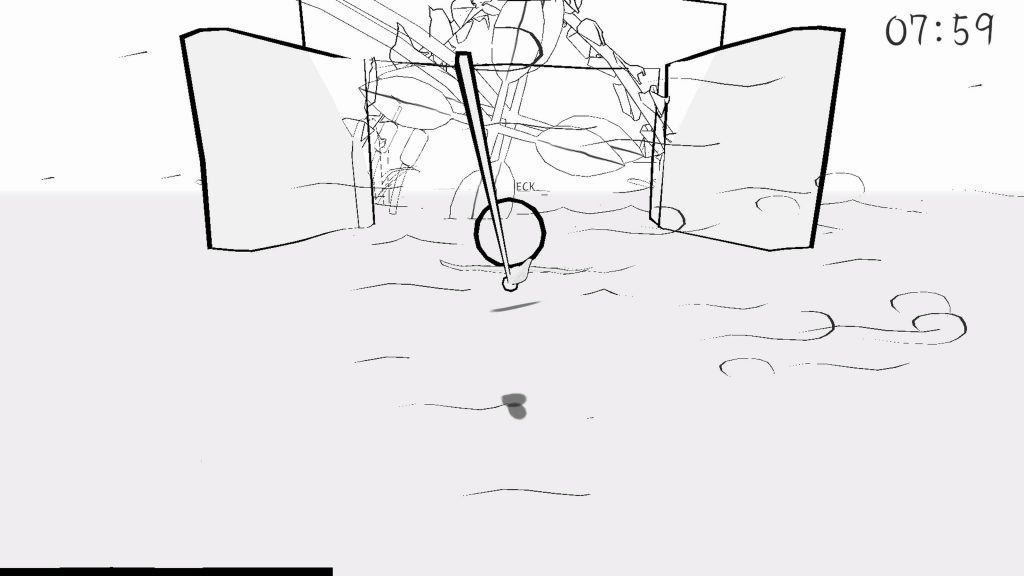 Firing up the game is a little underwhelming.  You are presented with a simple black and white menu which offers you a story mode, campaign mode and your typical leaderboards, options and also a challenge menu which shows you some in game achievements.  We dived into the main campaign which presents you with what looks like a hand-drawn environment and gives your avatar, a bird inked in black and white like its surroundings.

to use the DualShock’s in-built motion controls.  Those are more sensitive than the left stick, albeit not always reliable, but holding

will give you that extra manoeuvrability to match it if you want to stay on the stick.

allow you to barrel roll sideways, giving you the ability to dodge incoming threats.   These basic movement controls work reasonably well but the game has ways of trying to thwart you. 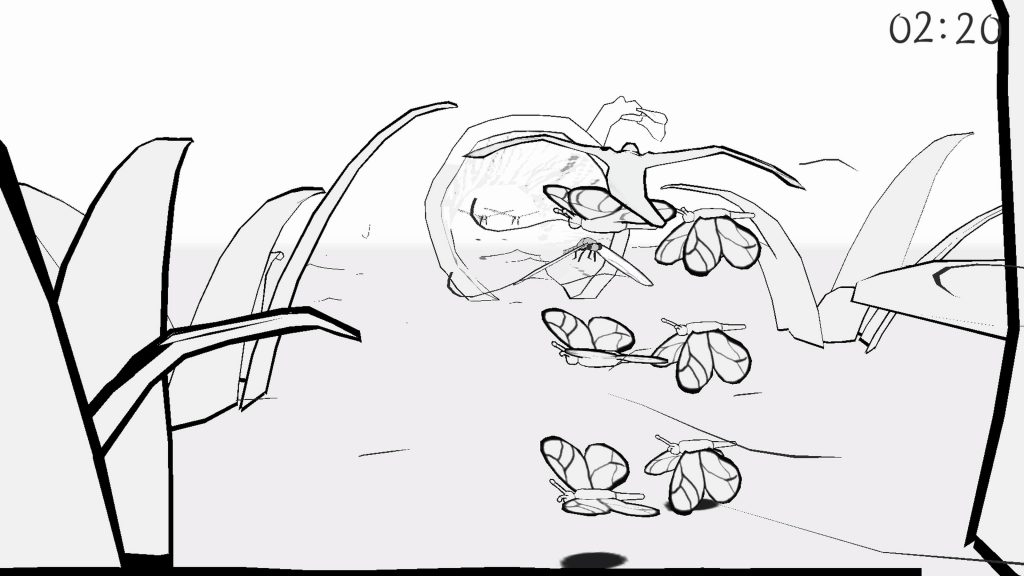 The main difficulty comes from wind which will push you in directions you don’t want to go but trees and natural predators will also get in your way often.  The most interesting threats come from hollow logs which can either be rolled at you to crush you or, if you go inside them, will present you with rolling obstacles that you’ll need to avoid.  It can feel a little annoying being pushed around but this is the game and where the challenge comes from.

.  That button also allows you to pick up fish that will give you a speed boost, as will rings that you fly through.  You’ll need to access these as the game has a way of closing in on you occasionally but luckily a good checkpoint system means that not all progress is lost if you get trapped.  You can be hit a few times, and will lose a small amount of energy each time, but some hazards will force a full respawn so you’ll be glad to go back to a checkpoint that isn’t too far back.

After a few minutes of progress you’ll fight a boss battle and these are quite creative and offer a little bit of a puzzle to solve in order to beat them.  These do break the action up a bit but there’s nothing spectacular to see here.  It just all works without ever wowing you.  If Sony put this out as an exclusive and called it ‘Feather’ or something, it’d probably do okay but as a cheap indie title, this feels a little bit like a first time effort that’s trying to get by on a bit of whimsy. 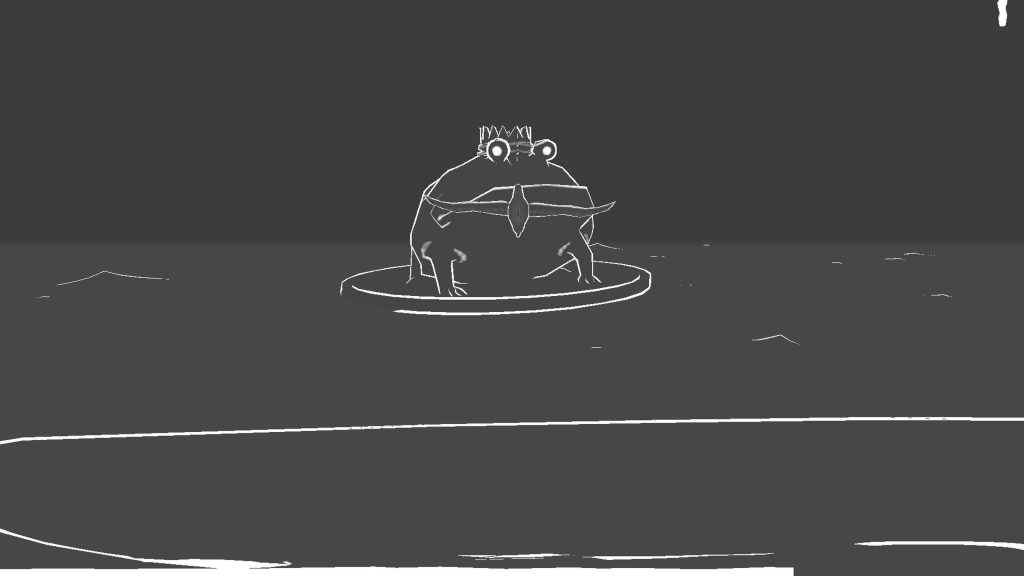 That said, it’s a relatively relaxing game to play that has a fairly nice aesthetic (although the visual options to turn off the “nice water” effects and turn everything dark really don’t add much) and while Race the Sun is by far the better game, Bird Game+ (God, that’s a bloody awful name) is a reasonable effort.  The hand drawn visual style okay but you’ve not always got the visual information to make perfect decisions  but the game is generous enough with health to mitigate that.  That said, we’d rather play something like Verti-Go Home which is faster and more precise but you’re done if you get hit once.  The health system here feels like a compromise to smooth over the faults of the main game.

As ever, Ratalaika give you a pretty easy platinum here although there is no Vita version which is unusual for them, so you’re getting a little less value.  You’ll get the final trophy by getting to the second boss but the game only offers three levels (and bosses) so it isn’t quite as blatant about the whoring as some of their other titles but this is obviously a very short game.  So, we can’t say that you should go out and get this because there are other, better options out there but if you’re doing the whole Ratalaika easy platinum tour, this is one of their more meaningful titles.

Bird Game+
5 Overall
Pros
+ Nice minimalist style
+ Reasonably relaxing
+ Some control options
Cons
- Very short
- Quite samey
Summary
Think 'Race the Sun' but more minimalist in terms of style and content. More meaningful than some of Ratalaika's more blatant platinum bait games but this into the screen endless runner variant is a little too limited to provide real value.