It’s not very often I venture into survival games. The genre’s reliance on management and time constraints tends to put me in a difficult position, as someone who likes to take their time. Whilst elements do find their way into other games, I never quite gel with the complete experience. Fade to Silence, after two years in early access, is finally ready for a commercial release. Black Forest Games are hoping all their hard work has paid off. 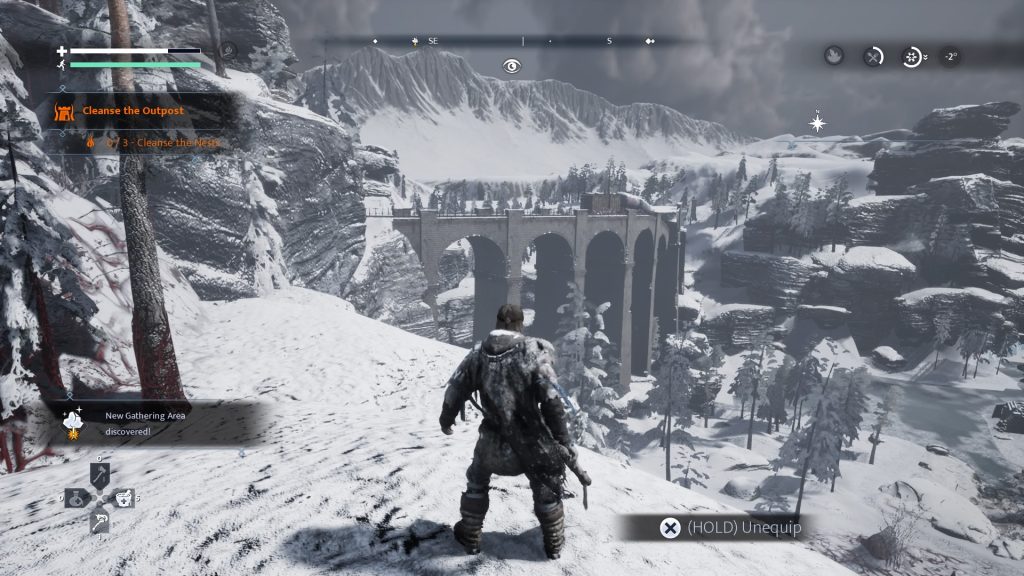 Fade to Silence takes place in a frigid post-apocalypse. Winter is never-ending and there’s now a more Lovecraftian threat enslaving the land. You control Ash, a tribal leader who is naturally tasked with recovering any survivors, uncovering the past and trying to rid the world of monsters. Unfortunately, this game handles storytelling in a very, very gradual manner. Snippets of story are handed to you during rest periods. They attempt to paint a larger picture of how the world came to be but, it’s in such a slow, minuscule manner that I found it hard to invest. Survivors come with their own background which is easier to digest and understand.

The environments are nice to look at. There’s a great white expanse to it with plenty of mountains and forestry around to vary the landscape. There’s some really wonderful vistas on offer that really portray a modern world crushed by calamity. Blizzards and tornadoes do a great job of looking impressive and limiting your vision. There’s a threat to them that can really make you feel nervous outdoors. Night is especially daunting and the sound design does well to convey the bleak atmosphere. There’s very little time for music which allows enemy growls to be focused on. 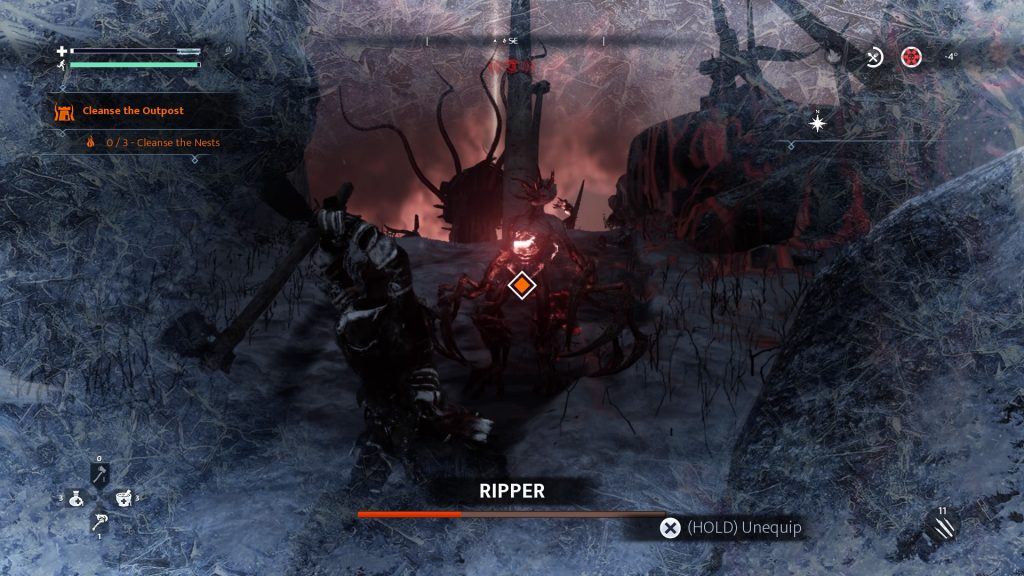 There’s some rough edges to Fade to Silence‘s presentation. Death brings about the same voice sample and, whilst most characters are acted well, there’s limited lines that result in a lot of repetition. Textures can sometimes take a while to draw in and Ash himself can sometimes animate a little stiffly. I’ve had odd moments where he appeared to be snagged on nothing.

Combat is slow and plodding. Whilst it definitely looks at the souls formula as inspiration, the act of battle feels rather basic and clumsy. It lacks a depth and most of my fights involved me hitting enemies, waiting for my stamina to regenerate and then hit again. It’s too simple and the opposition doesn’t offer much in the way of attack variation. They’re predictable and only the rather elusive Stalkers provided me with some irritation. Any enemy with an ounce of swiftness can be a bother as our hero feels hefty. Above all, I don’t feel rewarded for success in combat. It’s mostly an inconvenience. 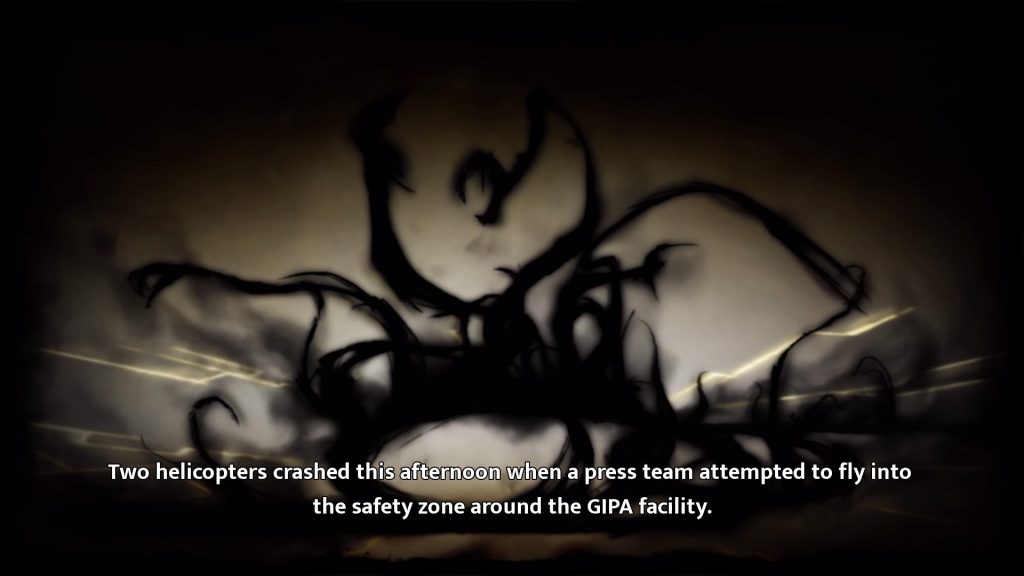 The main routine of Fade to Silence is the hunter gathering aspects. As you trawl through icy tundra, you’ll need to maintain hunger, cold and health as you progress. Cold impacts your maximum health whilst hunger impedes your stamina. Starting fires can help contain the former whilst food can be used to replenish hunger. Online coop is available so the load can be shared with another person. It’s a welcome surprise with your first rescued survivor triggering it to be playable.

The management aspects of survival games have always held me back but at least Fade to Silence offers an exploration difficulty which allows newcomers like me an opportunity to soldier on. Permadeath is present in normal circumstances with Ash having a limited number of resurrections before he’s dead for good. This more forgiving setting eliminates this, allowing you to concentrate on building your stockpile, homestead and venturing further out into the world.

Traversal is initially on foot and you certainly feel exposed on the longer treks. You can free up outposts which act as fast travel points but the distance between these aren’t insignificant. The map can be helpful at pointing out activities but locating survivors can feel like a lottery. I’ve only uncovered two in my time playing and, from what I understand, these can appear at random. Once found, they can assist in building structures and finding resources at base. Rescuing dogs can open up a swifter mode of travel with dog sledding allowing for more terrain to be covered in half the time. Sleds also can be used to carry resources on the go which helps keep you stocked whilst mobile. 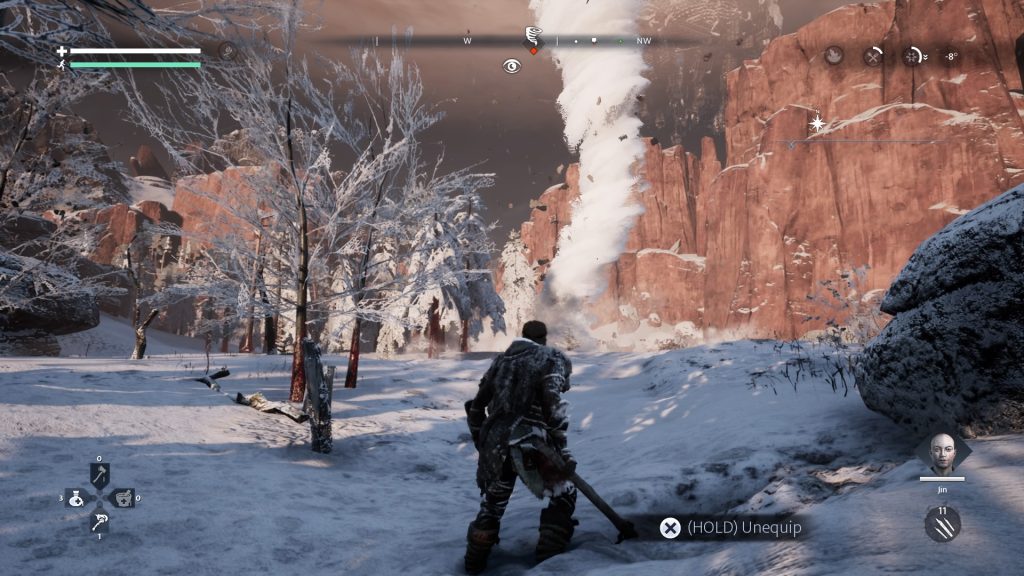 There’s plenty of reasons to explore as you open up hunting grounds, shelters and outposts and the map can at least look busy as you tick these places off. Unfortunately, survivors and your base can be frequently attacked. Fallen friends can be resuscitated but it’s another potential annoyance. Working hands are essential as survivors all come equipped with specific skills which all plays into your crafting abilities. Recipes are explicitly spelt out but certain ingredients are easier to come by with the right people on hand to refine them.

Fade to Silence has at least given me a foothold within a genre I’m still not convinced by. Exploration difficulty and coop is a nice addition to help curious newcomers. Whilst the crafting is simple to grasp and the management aspects are interesting, I still find the combat to be clumsy and almost unnecessary. I’ve spent more time with this than its contemporaries but I find myself being hampered by the genre’s familiar problems. It’s a shame the story isn’t more enticing. It’s delivered so slowly and so sparsely I just can’t care for it.

Fade to Silence
5 Overall
Pros
+ Great environmental design.
+ Effective sound design with some good acting on display.
+ Online co-op is and a casual difficulty are welcome additions.
Cons
- The story is handled so slowly and forgettable.
- Combat lacks depth and doesn't feel rewarding.
- There's sometimes a lack of direction and tutorials leave a little to be desired.
- Survivors can often be tricky to discover
Summary
I still can't find myself comfortable within the genre but at least Fade to Silence offers people like me a foothold. Despite a more casual experience and some welcome co-op, combat feels sluggish and shallow. The world is wonderfully bleak but the storytelling fails to capitalise on the setting. There's some intriguing systems at work here but they don't combine in a way I can enjoy.