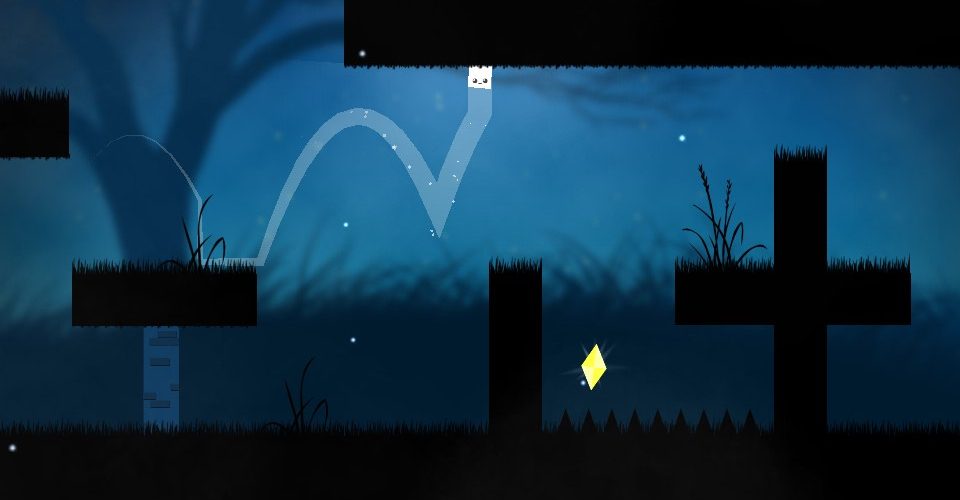 Before I get into talking about 36 Fragments of Midnight go and make yourself a brew have a sit down, get comfy.  Chances are that if you had to walk to your kettle get the milk leave the tea bag to brew for a minute or two it has taken you around six minutes.  Which coincidentally is the length of time it will take to complete this game. 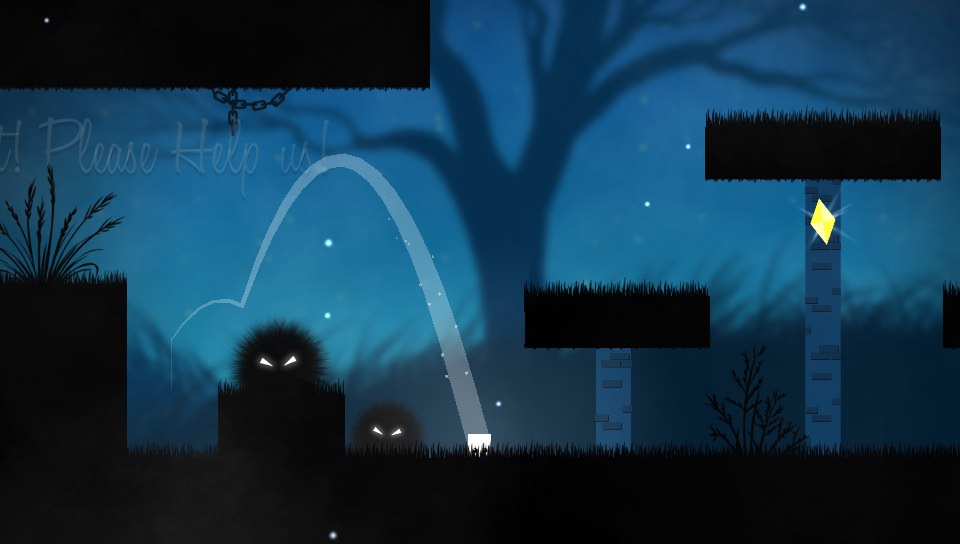 I know game length isn’t everything and compelling experiences can be delivered in short running times but, from downloading to deleting, 36 Fragments of Midnight was on my Vita for around half an hour and I’m confident I experienced everything the game has to offer.

First let me explain what 36 Fragments of Midnight  is. What we have here is a 2D platformer where you control a white cube and are tasked with collecting and returning the 36 fragments. I’ve no idea what this cube actually is and the story is non existent.  Should you die before you’ve collected and returned all the pieces you’ll restart the game to have another go.  That is the entire game loop and it can be completed in a matter of minutes. Visually the game is striking though and the black and white colour scheme is nice and the little cube you control also has some nice visual effects too, with a trail following where it jumps and light radiating from it in interesting way.

These 36 fragments are scattered across the stage which itself is randomly generated from a set of stock obstacles.  The screen scrolls as you reach the end, so the game isn’t made of distinct areas rather one medium sized location, but the thing about these obstacles is that they are all drawn from around five or six different set pieces. You’ll jump over saw blades, avoid spike and time jumps between lasers.  As all of these set pieces are in the same patterns this makes the game really repetitive. I was able to instantly recognise each new set piece by only the briefest of glimpses and I knew precisely how to tackle each one. 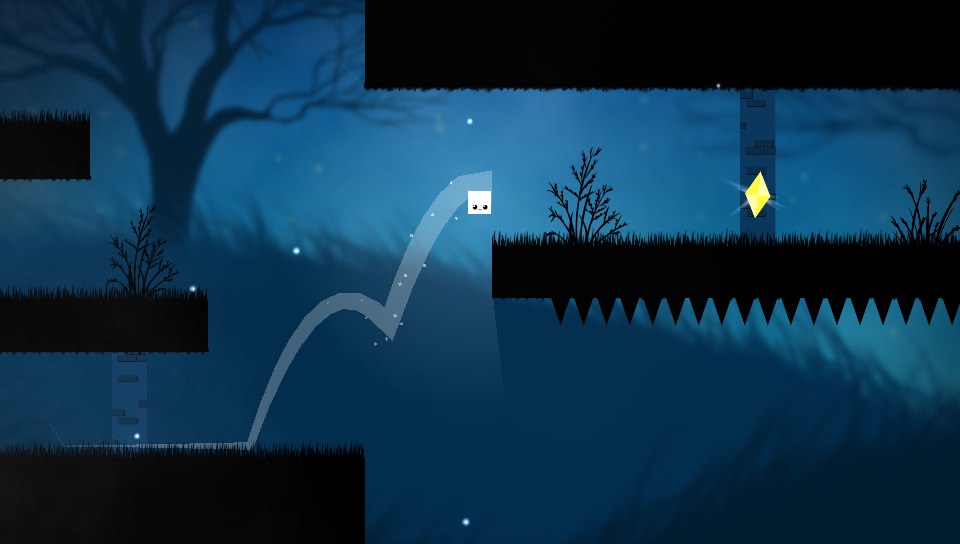 I literally saw all there was to see in 36 Fragments of Midnight in less than half an hour, and there is limited reason to go back for more. When you die you’re given two pieces of information, the first is how many fragments you found, the second it how long it took you. Oddly though there is no online play, no leaderboards and no record of your achievement.  Once you pass the results screen that result is consigned to the bin.

Although I’m a little perplexed by the lack of content here it is mostly put together well and fairly charming.  The art and design of the game is nice with decent characterisation and the limited sound effects are implemented well.  Oddly there was some instances of slowdown on a couple of occasions, although this felt it was due to the specific configuration of the level rather than a core problem with the game. Not great but not game ruining by any measure. 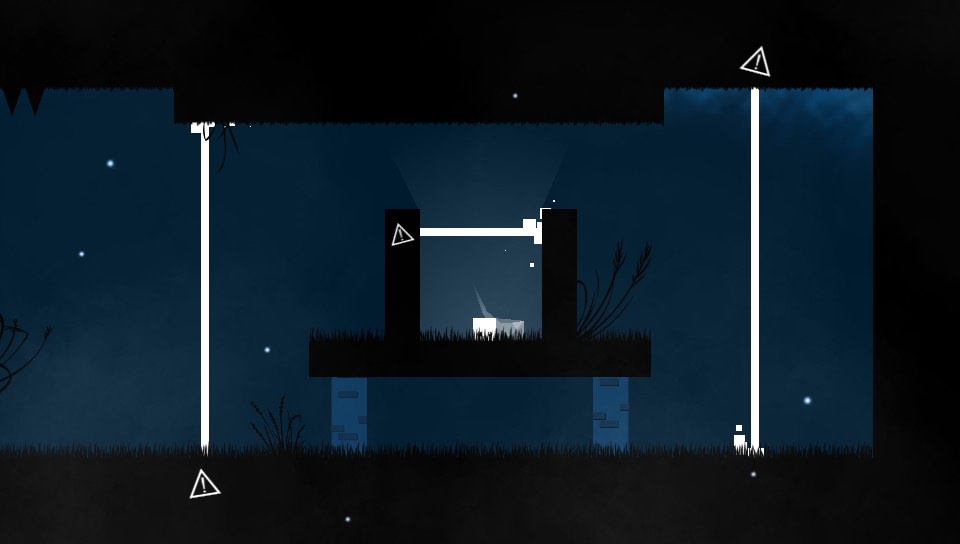 That’s pretty much it and although the game is priced well and not actually broken it is hard to get over the fact it is over before it has even begun.  It is therefore difficult to score this game anything other than a middle of the road five. As a charming diversion this works ok, but I doubt if it will stick in my mind for any length of time.

36 Fragments of Midnight
5 Overall
Pros
+ Nice art style
+ Has a nice sense of charm to it
Cons
- It is over very quickly and lacks any real replayability
- The limited variety in set pieces means you’ll have seen all there is to see in a handful of minutes
Summary
36 Fragments of Midnight is over before it even has chance to begin. With a single run clocking in at anything from six minutes, this isn't a game with any kind of longevity. Whilst it may be a charming 2D platfomer, and isn't actually broken, it is a hard game to recommend with any conviction.