Whilst a vast swathe of modern indie games enjoy using the retro aesthetic of 8-bit pixel art, there are many other periods of retro gaming available.  Pankapu has action which harks back to the 90s platform games of old but manages to catapult the graphics into the present day.

Pankapu is a story driven platformer based in a fantasy world of dreams and magic. The story is one of a tale being told to a child, and is a story within a story.  The player controls a little chap called Pankapu who is on a quest to save a magical realm. The further you progress into the game the more of the overarching story is revealed.  I found the story to be dull and full of the kind of fantasy names you can’t easily pronounce, happily though the story never got in the way and I was quickly back to platforming core of the game. 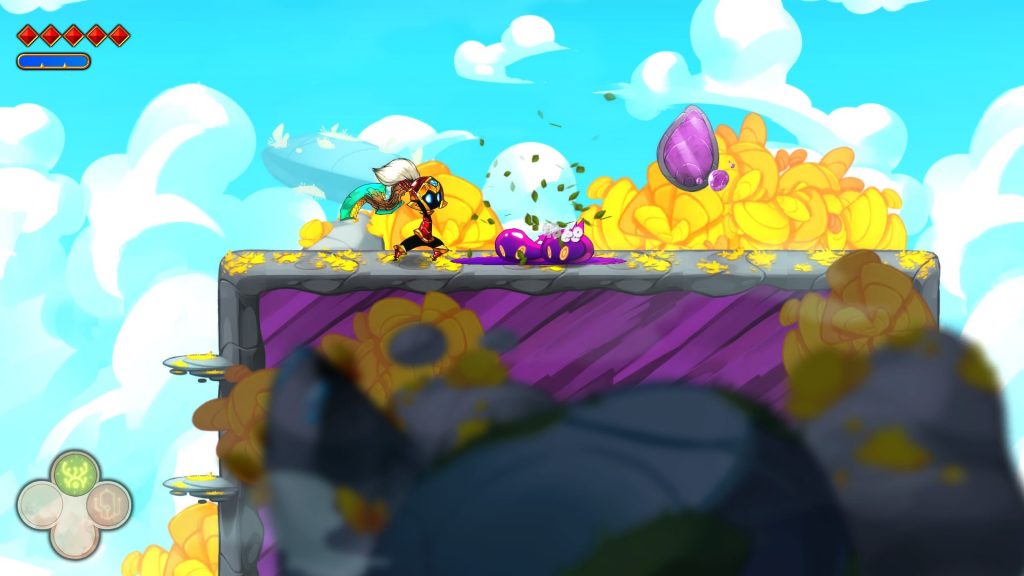 This platforming core is actually a lot of fun to play, with tight controls and decent level design.  The character Pankapu stays front and centre of the action and is well designed and clear, both great traits for a platformer to have.  The camera is close to the action throughout so that the colourful characters and enemies fill the screen. The levels are generously checkpointed and aren’t all that difficult to complete.  The levels also mix up the kind of platforming you’ll be doing with levels sometimes stretching vertically rather than horizontally.  There is a decent range of variety to what you’ll be doing.

The platforming is rewarding and this is totally down to the decent controls.  The jump feels just right and lots of enjoyment is wrought from just making a decent jump. You’ve also got access to a magic meter which can unleash some unique attacks dependant on the three disciplines you can switch between.  These three disciplines are unlocked part way through the game,  considering this is a key part marketing  you do have to go through an awful lot in order to unlock the first ability.  These three types are a straight up warrior type, a ranged archer or a magician. The warrior can use a shield the archer can double jump and the magician can do a jump float. Once you’ve unlocked them all you can switch  between them on the fly and they all control differently enough to be interesting to play with.  The levels are also built around the skills of these disciplines and really make you play with them all. 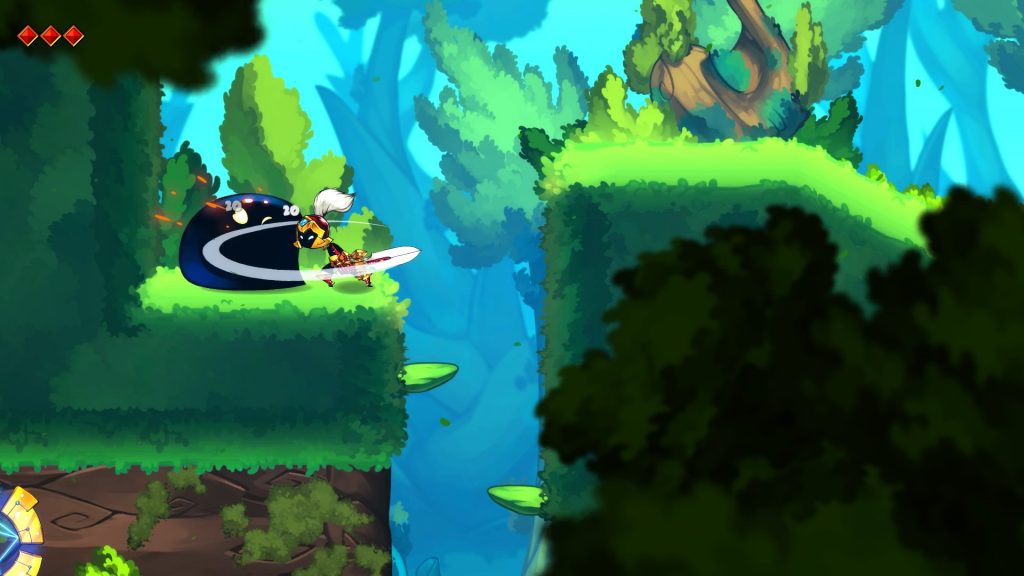 The overall art style of the game is gorgeous, using a hand drawn style which is clear and crisp with a great use of colour as well making it a really striking game to look at. Things also move at a decent pace and it all feels solid and well designed.  The crispness of the designs does make it stand out made identifying what was going on around the levels easy, it reminded me of the crispness of what I imagine the games of the 90s look like in my head rather than the blurry low resolution reality.

It isn’t the longest of games and will be over in a handful of hours.  In order to aid longevity though there are collectables dotted throughout the levels.  These are totally optional but do upgrade your character slightly, giving Pankapu a dusting of RPG to it.  There is a lot of lore to unlock as well but, as i’ve mentioned above, the whole story aspect of this game just sort of passed me by so these lore chunks were superfluous for me. 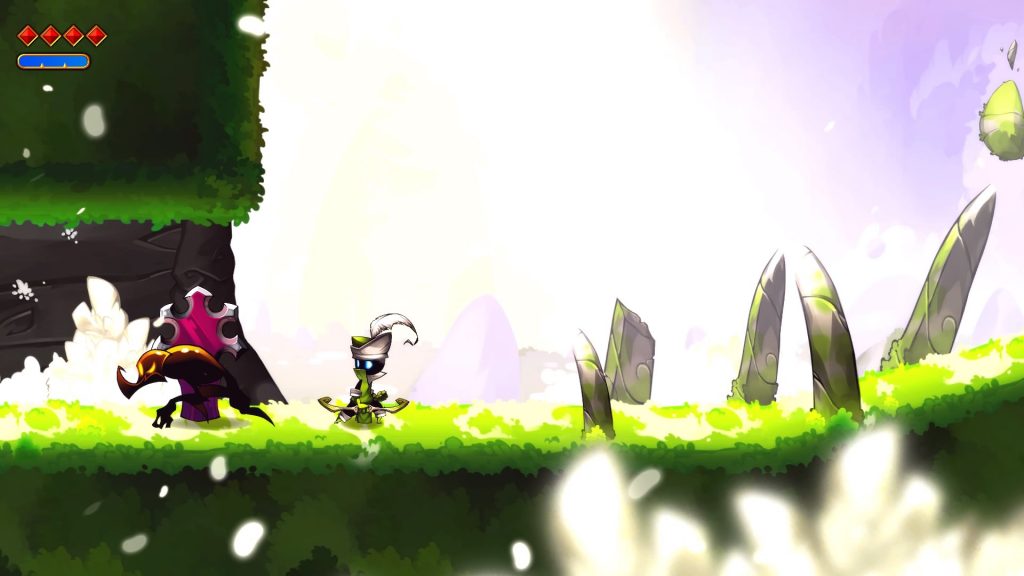 Whilst Pankapu is a platformer there is also a lot of enemies to defeat, oddly though there is no reward for doing this, no coins or experience.  The enemies also stick to three or four variants which does get a bit repetitive after a few levels. What does work well though is the variety in level design and the odd couple of levels which riff with different styles.  The bosses are also pretty memorable and fun to go up against.

What you’ve got with Pankapu then is a decent platform game which plays it very traditional. It has a lovely art style and a lot of charm which goes a long way to make this game very enjoyable to play.  I found the story elements of the game mostly missed the mark but there is a fair bit of content here to enjoy and it is easy to recommend.

Pankapu
8 Overall
Pros
+ Good solid platforming game harking back to the classics of the 90s.
+ Lovely art style, crips and clear with a hand drawn styling.
+ The ability to switch between three modes adds variety.
Cons
- The story mostly missed the mark for me.
- The combat can be mostly ignored, and the enemy design is a little repetitive.
- The decision to lock out the character switching mechanic till half way through the game is odd.
Summary
Pankapu is a decent platform game which plays it very traditional. It has a lovely art style and a lot of charm which goes a long way to make this game very enjoyable to play. Whilst I found the story elements of the game mostly missed the mark the platforming was more then enough to keep me engaged.