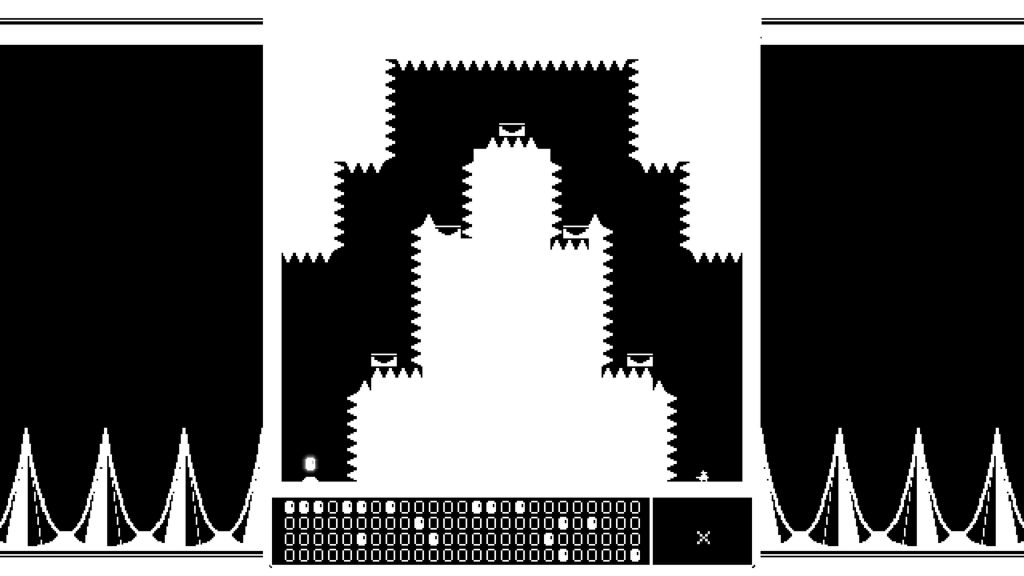 Sometimes, I feel that when reviewing a game that there is not an awful lot to say about it. Very rarely is this actually the case, but when it comes to games from Ratalaika, all bets are off. They are of course, the pioneers of mini, throwaway experiences that demand little of your time or attention and when they have spewed their load, your cab fare comes in the form of a platinum trophy on both PS4 and Vita.

Zero Zero Zero Zero (Hereby known as 0000) is one of those games. Here we are presented with an incredibly lo-fi affair, consisting of a hundred single-screen levels that switch around whether you are successful or not in standard mode or as a guantlet of challenges in Hardcore. The aim is simple, in each screen you have a challenging obstacle course with a coin situated at the end, once collected you must carry it back to an exit, which is usually placed where you initially started. 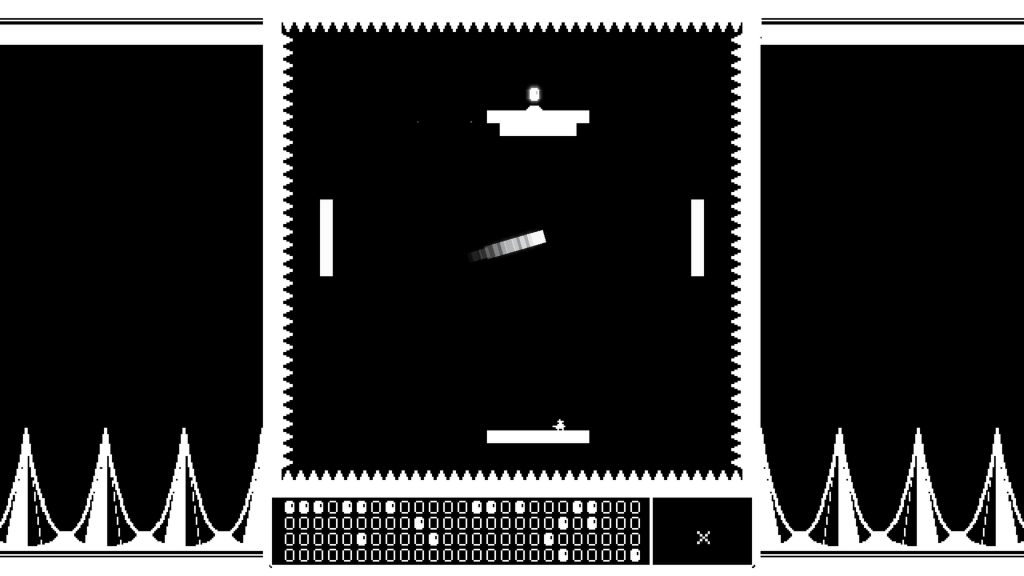 The frequent Retro gaming references are a nice touch.

For gameplay, the only other note is that the jumping is a little floaty and that the game pulls no punches when it comes to punishment. If you so much as touch the bottom part of a spike or slightly mistime passing through a charging lazer then you will end up dying and not being able to retry the level again until it shows up again in the rotation.

What makes this even more brutal is the graphics. The whole game is made up of what the developer calls a 1-bit aesthetic and is monochromatic in colour. At times this caused me to mistake certain projectiles and stage elements as platforms, this is when I wasn’t mistaking a spike (dangerous) for a lazer head (benign when not firing) which has the same look on a stage. Also, because stages change instantly on death or success, it’s very easy to just wind up dead without getting a view on what caused it. It took me a while to even see one of the stages properly because of an input I was holding from another stage caused me to run into the first obstacle from the stage. Annoying to say the least. 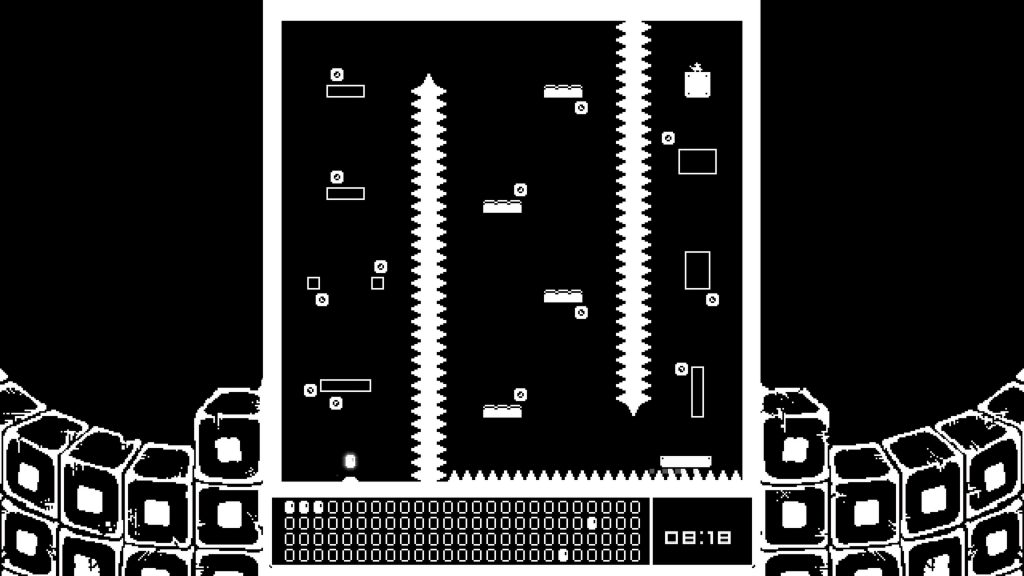 This looks simple enough, but this level is some sort of special hell.

There really is not much else to it, the concept, music and visuals are equally as complicated and as a retro tinged challenge, it fits right in amongst the niche of masochistic platforming game fans that didn’t feel punished enough by Super Meat Boy and the like.

Zero Zero Zero Zero
7 Overall
Pros
+ Simple idea, executed well
+ Fits that ‘one more go’ mentality
+ The speedruns of this will no doubt be amazing
Cons
- Very frustrating
- Sometimes difficult to see what killed you
- You’re unlikely to return when that trophy pops.
Summary
Zero Zero Zero Zero is an uncomplicated game from Ratalaika that provides a solid retro-tinged challenge in a gauntlet of spikes, lazers and a hundred screens of brutal obstacles. This is one to consider if you thought games like N+ and Super Meat Boy were too easy for your liking.