FMV games are always a fun thing to dig around. There’s something about an interactive medium featuring physical actors which always brings about some interesting results. The latest of these to come my way is Who Pressed Mute On Uncle Marcus? Coming from Wales Interactive, this is a product that seems very of the time it was produced. There’s some nice tricks on offer here but you can really feel the pandemic restricting some aspects of development. 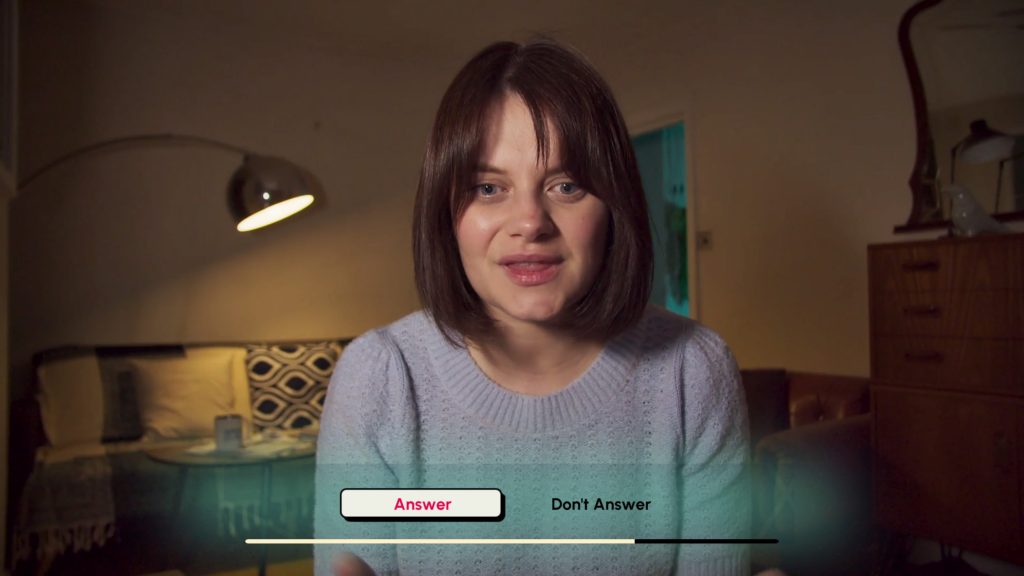 In terms of story, the titular Uncle Marcus has been poisoned and you play Abby, the niece tasked with solving the attempted murder. Luckily, all the suspects are present at a family quiz night which gives Abby the opportunity to gather clues, find the poison that was used and solve the murder.

The quiz night takes place in rounds where a few family members take turns to ask questions. Winning the quiz isn’t really an objective but the family also pairs up in teams to answer them. This gives you opportunities to cross examine potential suspects or just gather up some additional clues. As a whole, the family’s wonderfully irritating and almost all of them seem to have motives for wanting Marcus dead. 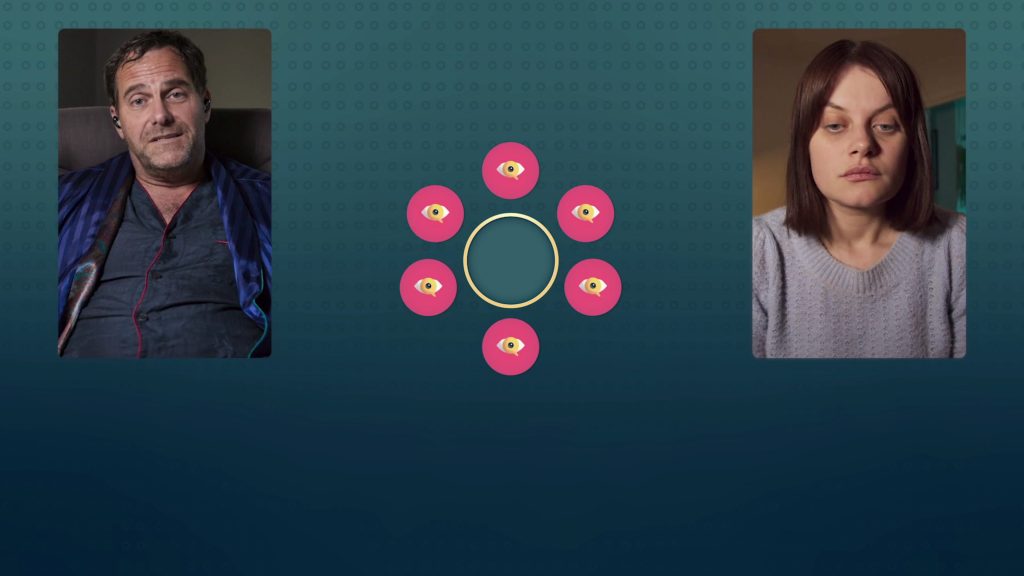 Really, I can’t stress enough how much I dislike these characters and their scheming, waspish ways. It’s fascinating to watch them act and interact with one another as they all take their subtle and not so subtle digs. The performances are over the top, with the exception of Nan who seems the only normal person of the bunch. At first, the acting was a little off-putting but it does become endearing, at times. It’s a family you’re supposed to hate and that’s been achieved.

Mum acts as a typical patriarch trying to keep the family together for the sake of it. Aunt June permanently has a drink fixed to her hand and is perhaps the bitchiest of the crew. Lottie acts like a vacuous airhead whilst Bradley is a completely miserable edgelord. They’re stereotypes but it does gel together. Abby, by comparison has little going on. Marcus has his own secrets but spends most of the game deteriorating.

Presentation is fairly limited by the setting and, I guess the realities of the time of its development.  I do find the aesthetic of the chat client to be a little gaudy.  Maybe a more simpler interface would’ve made things look realistic, although the performances are camp enough to justify it. Interactions for the player are limited to some basic decisions to make.  You can review evidence and the family tree at any time and there is a handy icon to let you know when new evidence has come in.  Once you have enough evidence, the option to accuse someone becomes available.

What’s a little lacking is time. The quiz itself is only a few rounds so I felt limited in who to converse with and left me short on clues. The nature of Marcus’ poison also means time is of the essence. It led to my first playthrough being almost useless. There’s maybe 2-3 clues you can gather in with each suspect but you might not have the time within quiz rounds to really grill them. Thankfully, any evidence you uncover does carry into future runs. 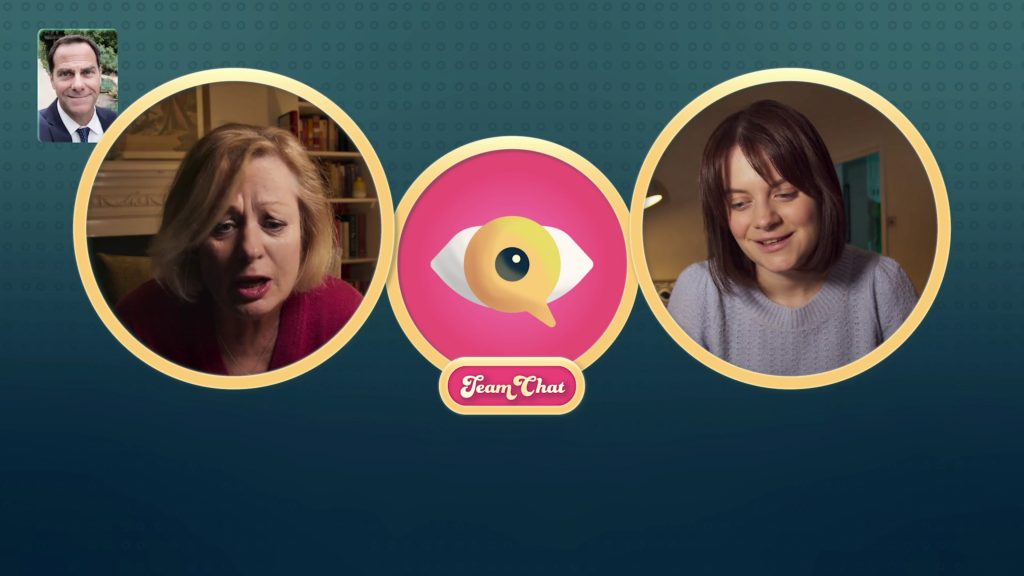 Inevitably, this leads to repetition as you replay the same night to gather the full story. On the plus side, dialogue and scenes change depending on who you talk to and when. It’s surprising to see they’ve spent this much time with the actors and it does make revisits feel different. It’s a shame you’re not necessarily directed very well. Marcus does occasionally nudge you towards certain people but I’ve had a couple of playthroughs end fruitlessly.

You can make progress but it seems rather slow as the question masters seem to be set which limits who you can really speak to during any given round. It can be quite boring listening to the same chatter as you wait for the opportunity to diverge paths a little. There’s is an option to skip straight to the point but it seems to only work during select scenes and the game’s tutorial. A playthrough is not long but I’d rather re-treading old ground was a lot more kinder on time. 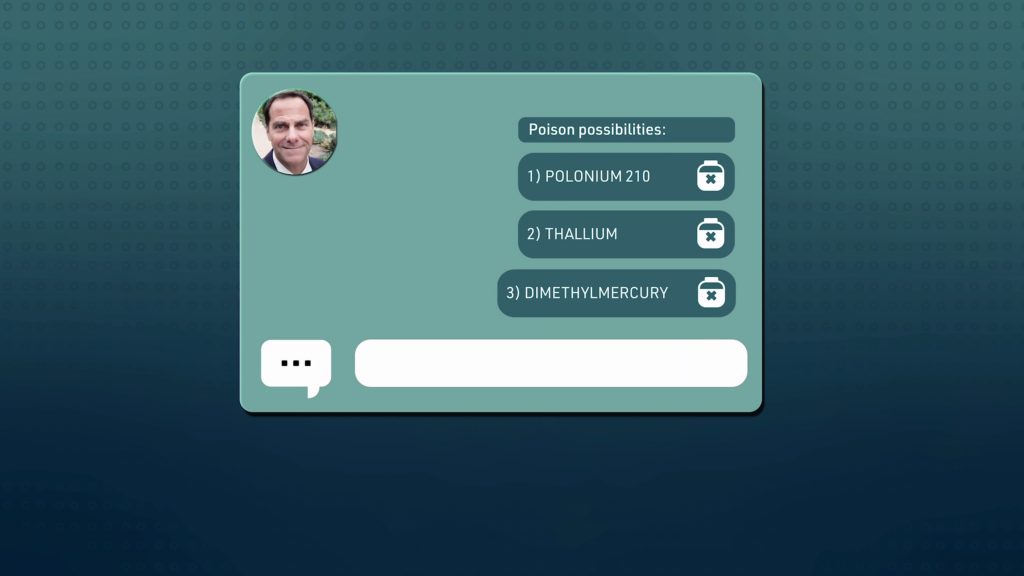 There is a handful of endings to chase with most of them ending in failure. Once you have enough evidence, you can accuse a family member of the deed. I’ve got a pretty strong suspicion of who the culprit is but, at time of writing, I’ve only found dead ends after four attempts. I’m struggling to plot out where to be and who to be with to really get the information I need. There’s fun to be had deducing from your available clues but I’ve found a lot more frustration.

Whilst I do admire the effort put in for a product that was hampered by a global pandemic, the end result just doesn’t come together. There’s some great, over the top performances that really sell dysfunctional family but the repetition required to piece the mystery together is too much. In repeated visits, the family’s loathsome qualities became too much to bear and finding the culprit felt too mazy for me to really get invested.

Who Pressed Mute on Uncle Marcus?
6 Overall
Pros
+ Great, hammy performances all round.
+ A decent premise, if a little restrictive.
+ Hearing new dialogue and scenes on repeated playthroughs keeps things fresh.
+ Does offer plenty of branching paths.
Cons
- The repetition can make the unlikeable family members absolutely detestable.
- The presentation of the web chat can look a little gaudy.
- Lacks direction when you're trying to fish for clues.
- Unskippable scenes make revisits bothersome.
Summary
Who Pressed Mute on Uncle Marcus? has some good moments and some great performances. Unfortunately this short effort is kind of hamstrung by a mystery that requires a level of repetition to truly crack. Whilst it's nice they've accounted for this with additional scenes and dialogue, the end result is something that is just a little irksome.