First off, we got mighty confused thinking this was a follow on to a prior game. No, that was Unravel and its sequel released under the EA Originals banner. K? K.

Unbound: Worlds Apart is completely unrelated, coming from Bucharest-based developer Alien Pixel and publisher Digerati. On the face of it, it’s yet another Metroidvania. So far, so indie flavour of the year. However the unique mechanic on offer here adds something delightfully different to the mix. 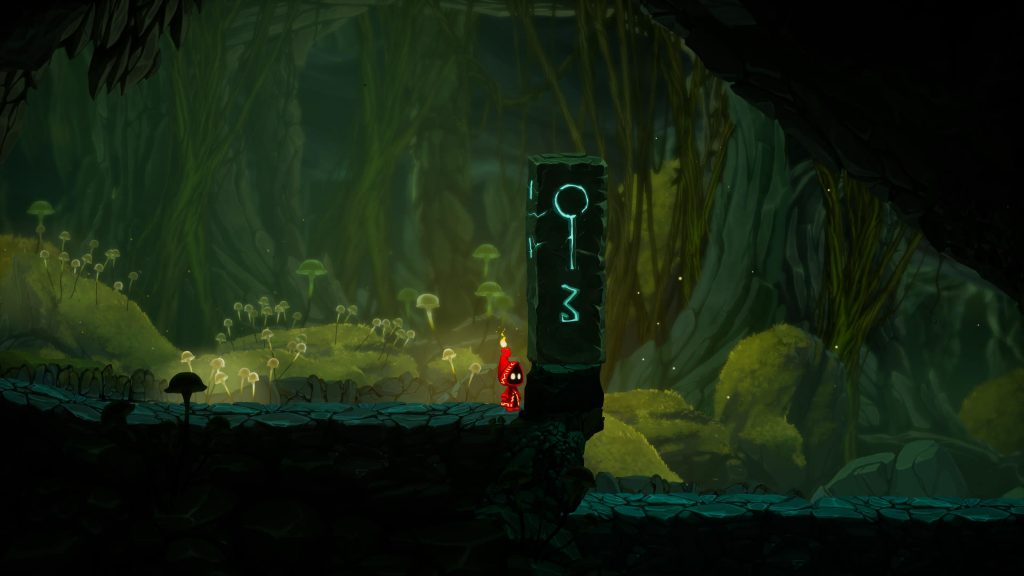 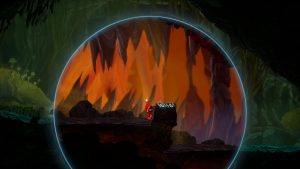 That being a tap of

gives you access to a portal. In the early stages this is nothing more than a way to get rid of barriers such as gates or massive boulders. But as you progress, you’ll find switches that are only available in the shadow realm.

Where Unbound particularly shines is in its interlocking systems and the mental workouts you’ll be subjected to. As well as barriers and switches, you’ll encounter enemies that change their form or their aggressiveness when they pass through the portal you’ve deployed. What was otherwise a docile plodding beast becomes a tentacled horror that wants to eat your face for example. 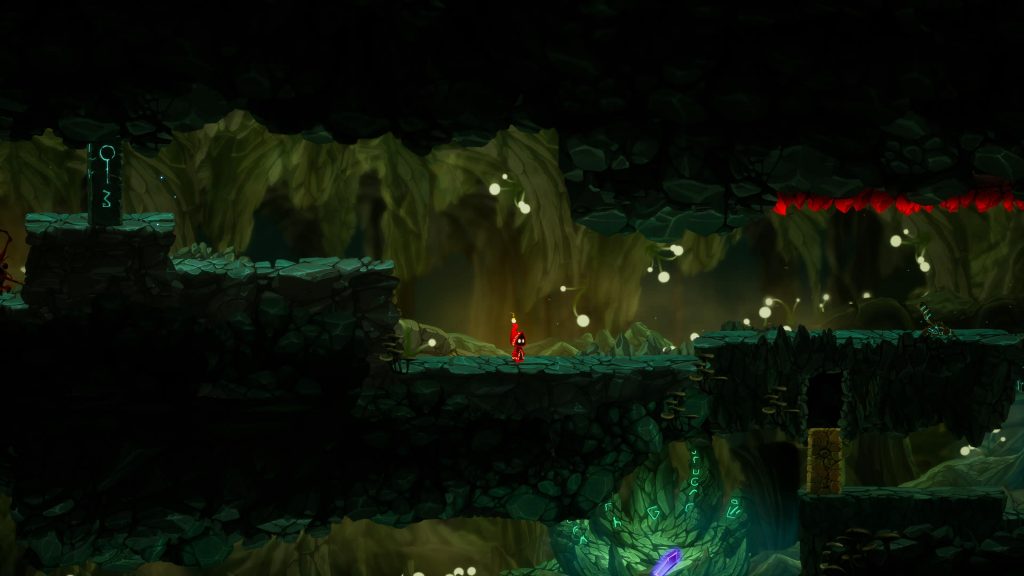 Also, ladders that would normally be passable turn into deadly spikes when exposed to a portal or vice versa. Sometimes you’ll have to flip portals mid-jump to make your way to the next area. It can seem a bit harsh and in one incidence we were particularly glad of an ill-defined set of spikes that let us take a breather.

As is often the case with games of this ilk, Unbound has sections early on the game that encourage you to revisit them when you’ve unlocked a new move like the double jump or the air dash. These are incentivised by finding missing villagers. Even if you find them during your ordinary playthrough, you’ll not reach them easily without resorting to an extended test of skill. Though for every villager that acts as a diversion, you’ll reach some often by accident. 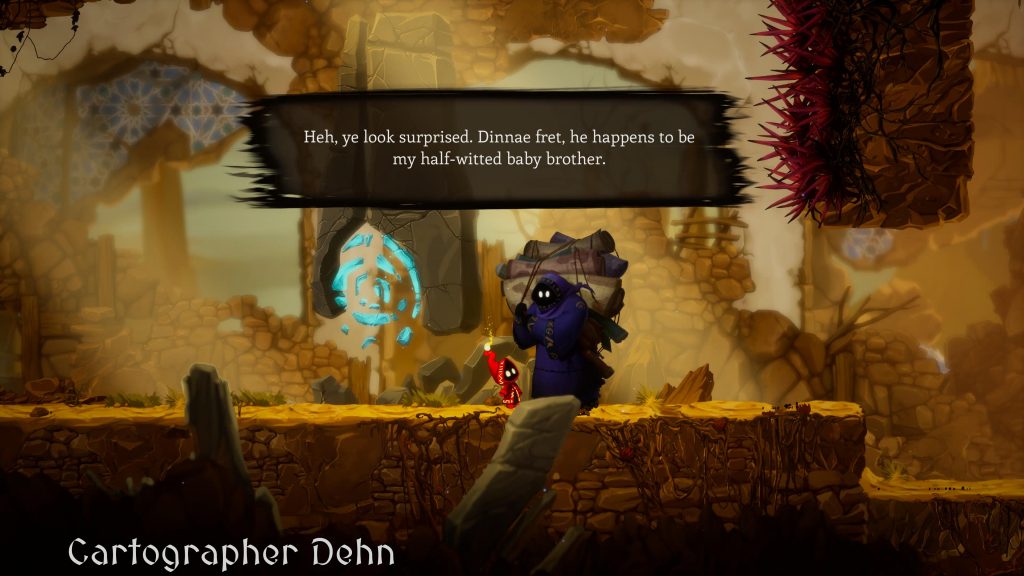 Sometimes though, the extended tests of skill are entirely mandatory and the only way to progress. In fact, several times during our playthrough, we stopped playing altogether such were the severity of the difficulty spikes we encountered. We don’t mind it when it’s an optional objective, but when you’re swearing at your TV more than you would be if you were an Everton fan, it gets a bit much.

The first was the section we mentioned earlier before we discovered the handy refuge. The next was a horrific area with massive monster chompy teeth. Another was where nothing barring a pixel perfect jump would do the trick. Pure horror. Finally our playthrough came to an abrupt halt when we reached yet another section. No, just no. 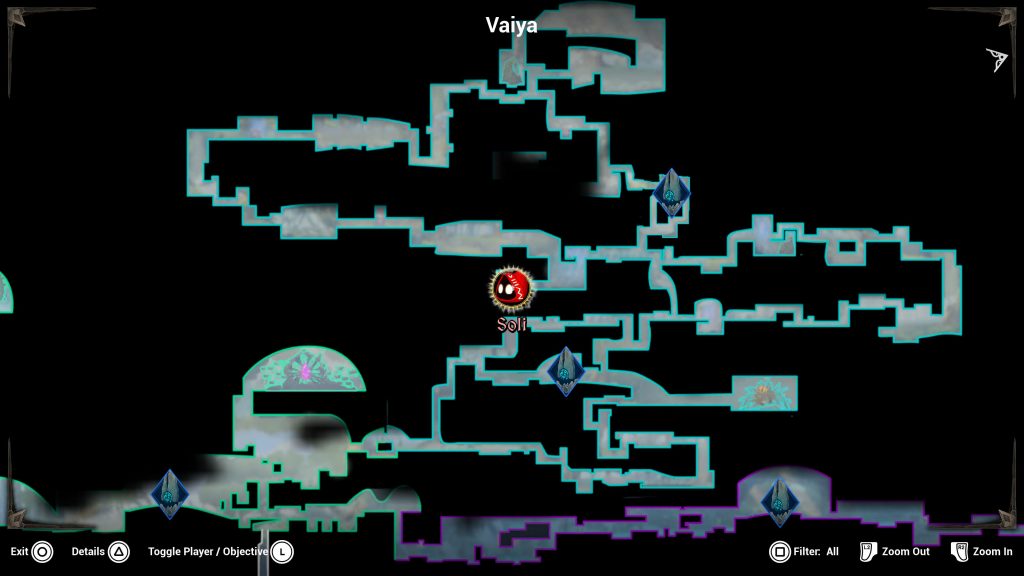 For the most part though, you’ll get past the humps like we did, but your mileage may vary. We expect we’ll go back for another bite of the cherry before too long, but our patience has already worn a bit too thin. To the extent we’ve had to take a break from Unbound. We only hope it’s not a permanent one.

Unbound is bloody excellent for the most part, but the difficulty spikes are the lead weights tied around its writhing body as it’s thrown into a ditch in a hessian sack. It’s really hard to reconcile the sheer teethgrinding misery it subjects you to yet another horror gauntlet when the last ordeal is still fresh in your memory. 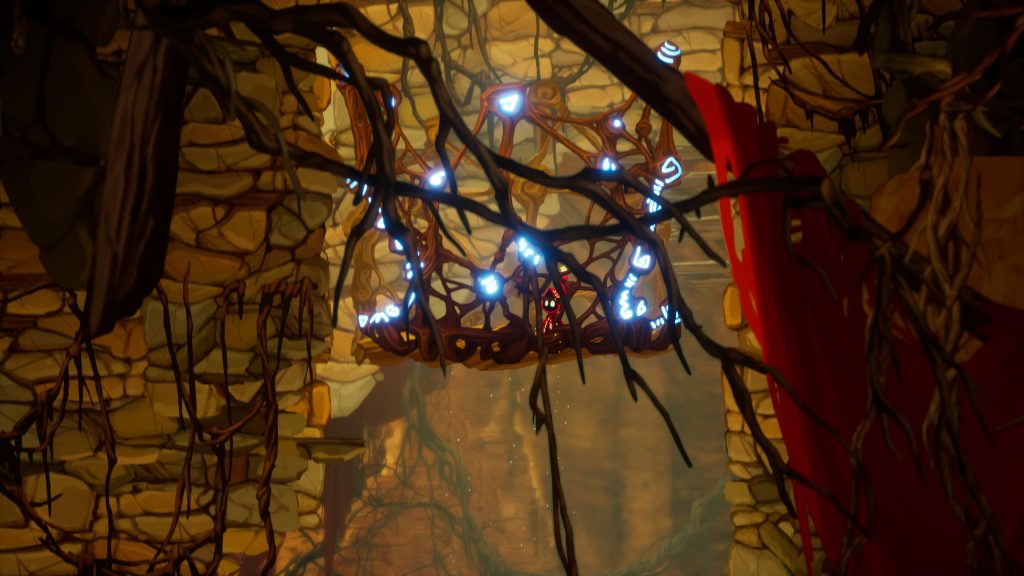 In a similar manner to Sheepo, another Metroidvania we played recently,  Unbound rarely has you engage in direct combat with enemies. More you use the environment to evade and occasionally dispatch enemies. There’s a transitory boss fight that has you jump on a fleshy protuberance, but we’re not sure if it was taken as a love tap or a fatal blow. The one-hit deaths can get in the sea though.

Ah, one-hit deaths. You’ll be subjected to plenty of them. Thankfully the game doesn’t keep count, but we’re half expecting a dialogue box mocking our lack of prowess to pop up at the end of the credits. Assuming we ever reach them anyway.

In conclusion, Unbound: Worlds Apart is an beautifully designed and illustrated puzzle platformer with a side order of exquisite pain of the knife by way of its difficulty spikes. They are by far its biggest failing and the only thing stopping us marking this higher.

Cons
- Those difficulty spikes halting storyline progress
- One hit deaths aren't fun
- Probably going to be overlooked by many due to big ticket releases
Summary
Unbound: Worlds Apart is a fantastic puzzle platformer for the most part, but its frequent playthrough-halting difficulty spikes are pure horror. They're the only thing stopping it from being great. It still deserves to be played despite that, but be prepared for occasional teeth gnashing frustration.