From Arcade Distillery comes War Theatre, a turn based strategy game on PS4 and Vita. With the option of multiple campaigns or skirmishes there’s plenty of battles to be had in this fantasy, steampunk world. 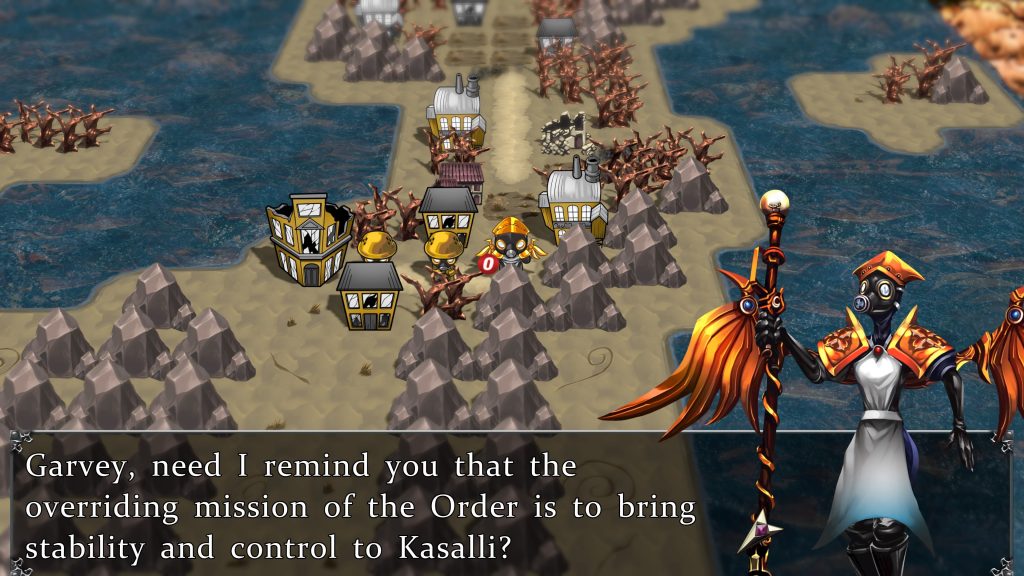 There are seven hero units, each with their own story set across six levels. Before each level you’ll get a brief intro to set out your character’s goal and the enemy, generally another hero unit, who gets in the way of that goal. It’s not a set of stories that are going to stay with you but at least you get some context for the battles.

You’re placed on a map with a HQ and some factories and cities with an enemy on the other side of the map with a similar set up, but often in their favour (more buildings or they may be either side of you). HQs are your bases which are sometimes a win condition, but not always. With these you can build infantry units but nothing else. Factories allow you to build all units and are very important whilst the more cities you have the more money you generate at the beginning of each turn.

The battle for these buildings in the middle of the map will often dominate the play and turn the fight in your favour. There are three types of infantry and heavy unit, two air units and two sea units (not every level has a sea factory), each costing a different amount of money. They work on a rock, paper, scissors system. Infantry units are strong against air units but weak to heavy (tanks and mechs), heavy are weak to air. As units take damage they become weaker so their damage output lessens. 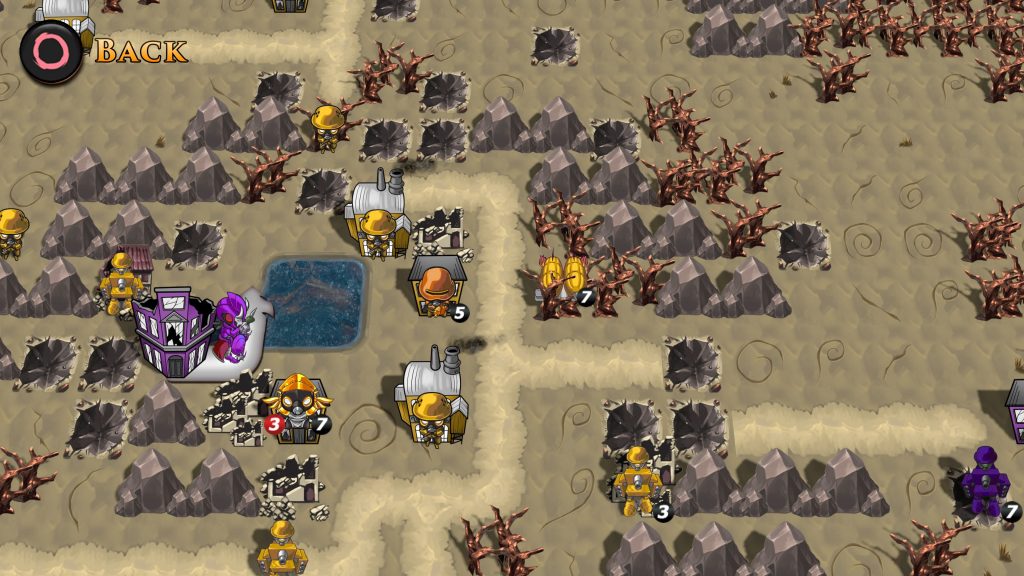 Every hero has the same units at their disposal, unfortunately, but they have their own unique moves to aid them. From poison, to healing, to buffing these skills can aid you and turn an individual battle in your favour. Clever use of terrain will also help massively, with different surfaces giving buffs and debuffs to attack, defence and movement. If you enjoy these tactical elements then you’ll get some joy out of War Theatre.

There are quests to complete, such as defeating specific heroes or building a certain amount of sea units, which will grant you money to use outside of battle, the list of possible quests changing each day. With this money you can buy perks to help you in battle, to increase the attack or defence of specific units or increase the bonuses you get from certain terrain. Also, oddly, in skirmish mode you can only use the free hero of the day until you pay to unlock them with this in game currency. It’s a strange choice, especially as there are no microtransactions or online play. In skirmish you can select a map, one of three modes and then whether to play against the AI or a human opponent on the same controller and can use the perks you’ve unlocked. 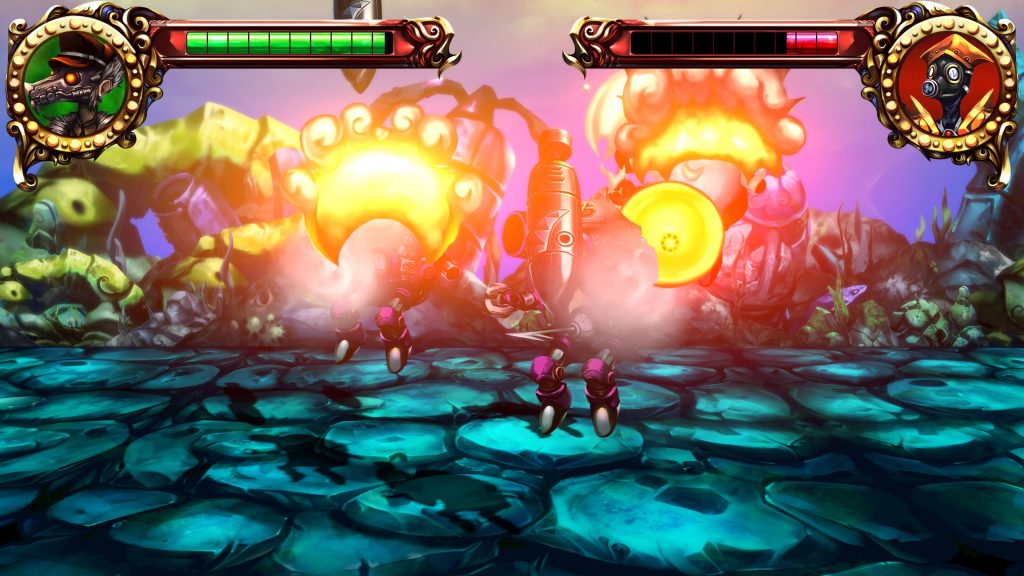 Unfortunately, primarily due to every hero using the same units, I found no matter what mode I played it always felt the same. I finished one hero’s story, moved on to the next and it made no major difference, some levels even being exactly the same. The hero’s abilities aren’t that much of a game changer. Add to that the fact that you can’t save mid level, and some can go on for a while, and I just found my enjoyment waning.

Visually things are a mixed bag. The close ups of characters look great in isolation, but with the backgrounds things can get quite messy. They don’t compliment each other. On the map everything is super simple and doesn’t really evoke the close up artwork at all. You could argue it’s for easy readability but there are a couple of infantry units that look nigh on identical and it just ends up looking a bit dull. The music is actually quite dramatic and fits the action well.

War Theatre is also missing some quality of life mechanics. Apart from the aforementioned lack of saving, you have to scan the map for unused units, rather than having a button to cycle to the next available one. The maps aren’t huge but it can lead to missed turns and is a pretty common feature in this type of game. Also being able to see a unit’s, friend or foe, attack range would be very helpful in planning out manoeuvrers and is again not uncommon in the genre. 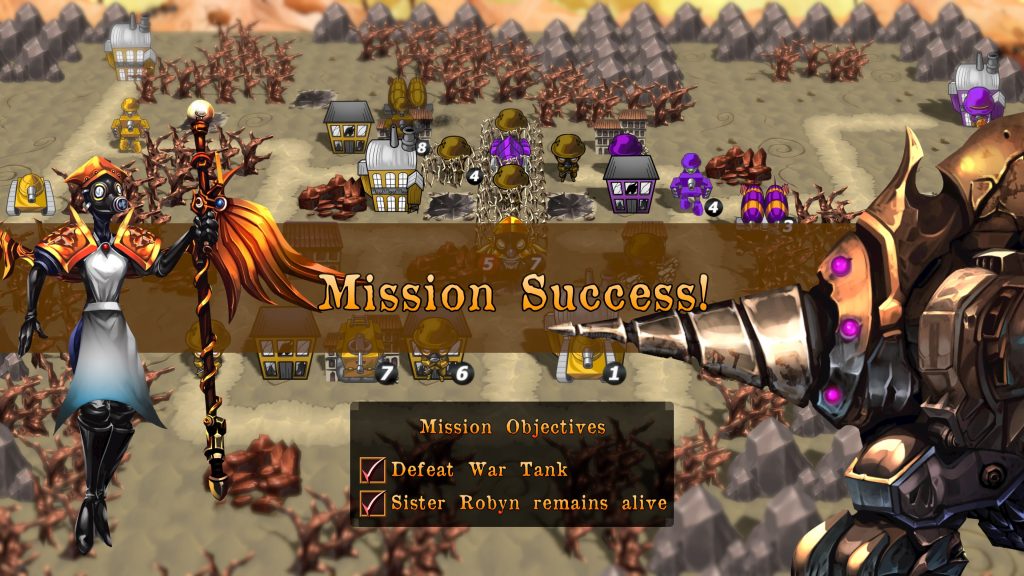 War Theatre offers a decent turn based strategy game, but the lack of variety along with some missing quality of life features make it one for short bursts only. The seven hero’s campaigns will keep you busy and unlocking everything will take quite a bit of grinding out quests so there’s a good amount of game here but whether it’ll keep you interested for that long is another matter.