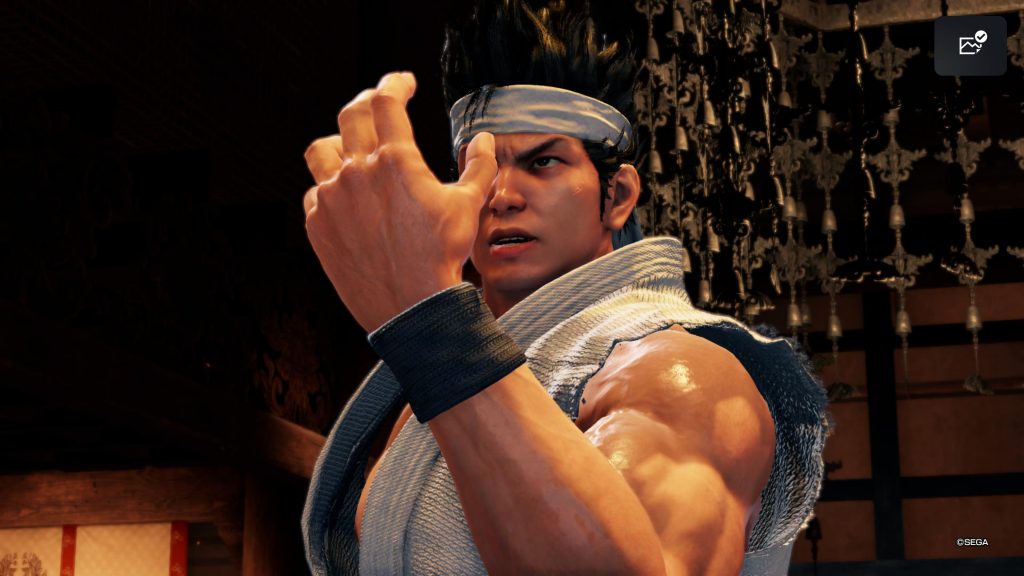 The fighting game genre is one that has enjoyed a population spike in recent years. There has been no end of great, competitive experiences emerging thanks to the advent of esports. Seeing classic franchises such as Street Fighter, Mortal Kombat and Guilty Gear continuing a legacy of high-quality combat, while newcomers like Dragonball Fighter Z and Skullgirls make waves with their fresh offerings. It has never been a better or more varied time to pick your fighter and take to the online arena.

In a sea of quality titles that all vie for attention, it can be easy to forget about Virtua Fighter. Despite being the pioneer of the 3D fighting game genre in 1993, cultivating a dedicated hard-core fan base and even seeing attention where it counts at big FGC events like Evo; It is one of the least talked about franchises when considering the other games mentioned previously. There are a few areas of blame for this, for starters, there hasn’t been a main-series entry since 2012 (which by extension was a remaster of a game from 2006.) Another big reason comes down to the feeling that at face value, Virtua Fighter is quite unremarkable. This is when compared to the flashier looking, fireball filled titles that are a visual feast for viewers as much as they are for the players.

Instead, the Virtua Fighter series is better known for its grounded fighting styles, high damage combat and initially simple three button control method. What’s hiding underneath it all, is by far one of the most deep and comprehensive fighting experiences committed to software. The series has cultivated a notion that this is the thinking man’s fighter, Chess compared to Street Fighter’s Checkers, one that should command more respect than is initially given. 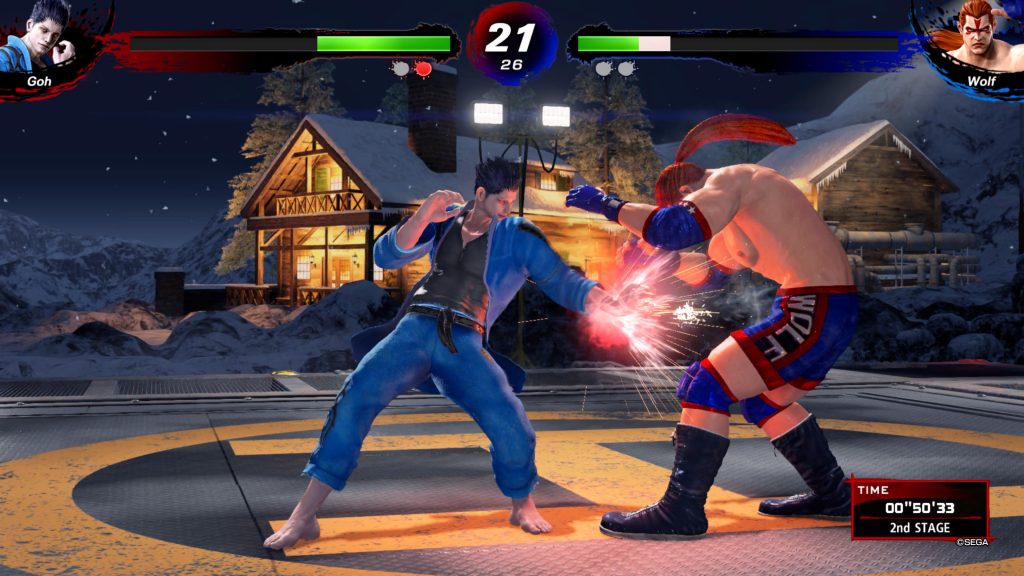 As a new version of the game that released in 2006, then later 2012 for PS3 and Xbox 360, Virtua Fighter 5: Ultimate Showdown is pegged as the best way to experience the franchise, whether it is your first time playing or whether you are a series veteran, looking to rekindle your love for the long-absent series. This latest release takes most of the features of 2012’s Final Showdown, while modernising the game further in the visual and esports department.

Ultimate Showdown achieves this in several ways. First off, the visuals have been enriched, thanks to the use of the Dragon (Yakuza) engine which breathes new life into the aging title. Both the characters and locales have been given a facelift and look better and more fluid in motion than ever before. With some characters like Akira receiving particular attention. The game has also been given the benefit of better netcode, replacing the older connection method from the Xbox 360 and PS3 days with the better version of the delay based netcode from Final Showdown. Which, while not perfect, does allow for a lower latency (overall) experience than what has come before. However, results may vary depending on your internet connection.

Other upgrades come in the form of general presentation and tutorials, which are designed in a way that encourages newer players to join the fray and learn the nuances of the series. Despite there being only three buttons to press; one each for punch, kick and block, there is a chasm of combos and button modifiers to learn to maximise damage potential. This is before considering how to evade attack, how to create opportunities through reversals and to combine everything together to make yourself a martial arts master. 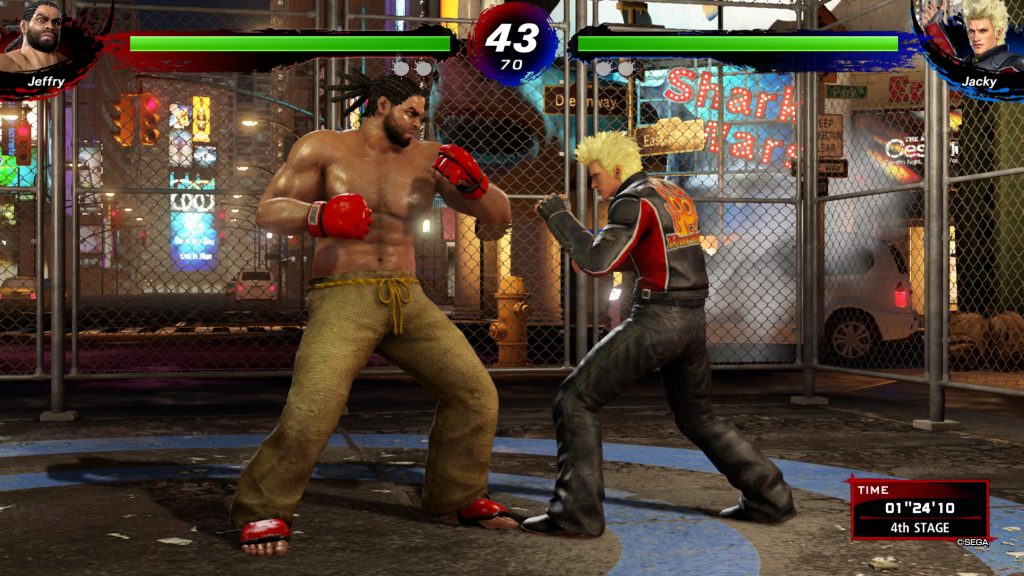 The issue is that while the tutorials are welcome as an explanation of how things work, they aren’t something i would consider best in class. In one step, i was told the movement i needed for a crouch dash, yet it did not provide enough detail or a visual explanation as to exactly how i would use this and why it was an advantageous move. It was only by taking the approach of leaving the training and jumping into the arcade mode that i felt that i had learned anything. Now, this may not be an issue for Virtua Fighter fans, but i can see this being a barrier to newcomers who may feel like they are not getting the full brief before being fed to the wolves online.

There is a distinct lack of offline modes to subset this, with only a basic arcade offering being used to figure out your ‘guy’ from the nineteen available characters. The only alternative to this being the local versus mode. A carried over omission from Final Showdown is the removal of Quest Mode, which was a single player option found in the original 2006 release of Virtua Fighter 5. This was previously omitted from the Xbox 360 and PS3 releases due to file size restrictions for downloadable games back then, so it feels like even more of a loss when you consider that such restrictions no longer exist, it would have been nice to be able to access this again, least of all so that there could be a way in which to unlock customisation options, which is a section of the game that is now reserved primarily for DLC.

Instead, Virtua Fighter 5: Ultimate Showdown is geared to online gameplay and that alone. It’s no secret to those following this release since concept that the game is called Virtua Fighter eSports in Japan, so this is what you should come to expect when starting up the game. To counteract the offline stuff, I am glad to report that Sega has done a remarkable job with enriching the Virtua Fighter experience into a competitive online experience. The lobby systems have been revamped, allowing players to create up to sixteen player rooms. These can be customised further with rule changes, passcodes for private play and Kumite as an example. The only thing it falls flat on is the ability to invite friends directly into a lobby, resulting in searching a list of groups in a vain attempt to find someone you want to play with. 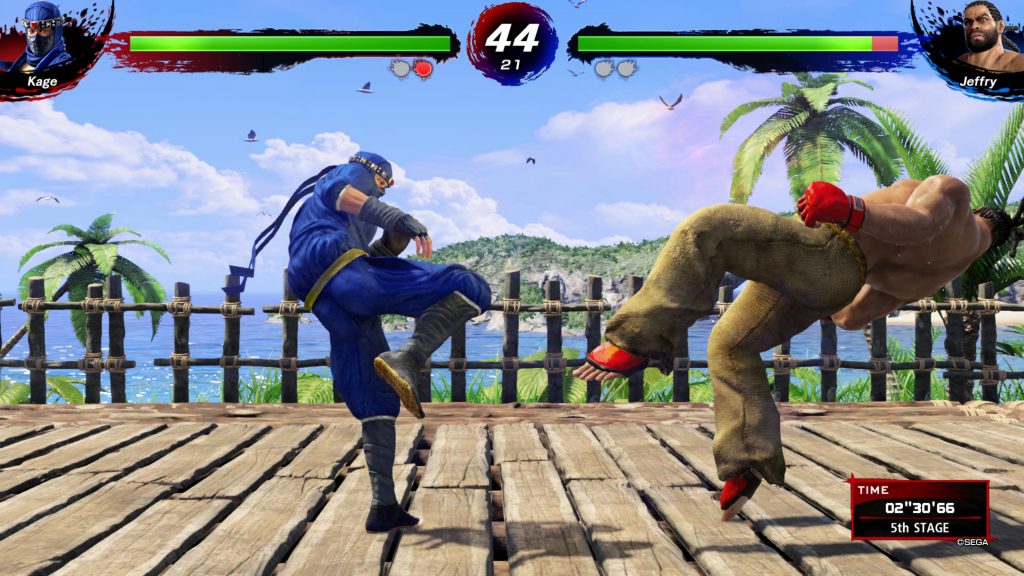 While it may seem that there are a lot of issues with the release, these all have mileage. You may not mind that there is less single player content as the online play is excellent. You may not consider the training mode shortcomings a concern as you prefer to learn by jumping straight in or have prior knowledge of the series. You may not care about the customisation or are happy to pay the DLC fee after receiving the game for free on PS Plus. If like me, you are one of these people then the score below applies to you. The core gameplay is what is important and if this is the only metric is your main concern, then Virtua Fighter 5: Ultimate Showdown provides an excellent fighting game experience that begs to be cracked open by those willing to give it the time. 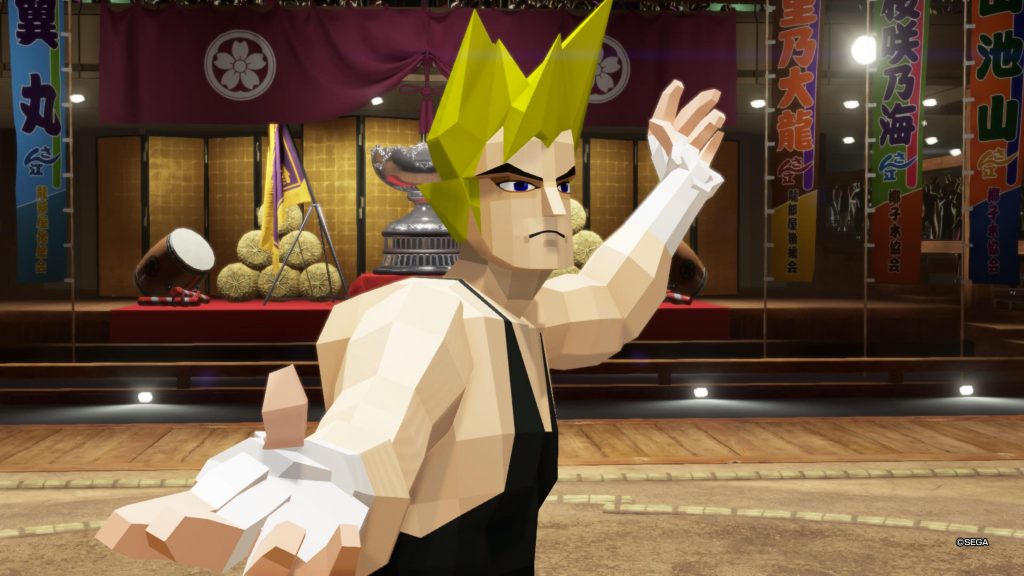 Available day one with Virtua Fighter 5: Ultimate Showdown is the Legendary Pack, a DLC add-on that provides several retro tinged extras for the main game. This pack is available for £7.99 on top of the PS Plus game or for £24.99 with the game when the title inevitably leaves the service. This is a great addition for fans of the series, offering a comprehensive BGM soundtrack selection which spans the whole series, fun polygonal character models for every character and even a classic 1993 VF stage to fight on.

Controversially, there are a ton of customisation items which are held within this DLC which may leave a sour taste in the mouths of those who remember unlocking these during single player gameplay in previous versions of VF5. However, I will say that none of this appears to affect the way in which the game is played and acts primarily as visual accoutrements to the core game, which is just fine without them. That said, seeing Wolf Hawkfield in his original polygonal glory does at times feel essential.

Virtua Fighter 5: Ultimate Showdown
8 Overall
Pros
+ Sublime game feel, with solid, fighting game mechanics
+ Good imagery upgrade thanks to Yakuza’s Dragon engine
+ One of the most balanced fighting games ever released with a solid roster of combatants
+ The PS Plus launch will ensure that there will be plenty of new blood to the series
Cons
- I could not find a way to invite friends directly to a multiplayer lobby
- The delay based netcode, while better than most, means that player experience will vary with online quality
- Very light on offline content
Summary
Geared primarily for the online, esports crowd, Virtua Fighter 5: Ultimate Showdown is an excellent way to get back into the franchise that started 3D Fighting. AM2 and Ryu-Go-Gotaka has given the fifteen-year-old game a successful visual facelift without sacrificing the sublime gameplay for window dressing. However, more love for offline and single players would have been appreciated.