From Green Dinosaur Games by way of Ratalaika Games comes Rabisco+. We’re a little confused as to what particularly differentiates this from Rabisco on Steam, let alone what the + denotes.

At any rate, what we have here is a cute puzzler where you have to guide a cute cloud across various cute puzzle gauntlets.  You collect cute stars as you traverse levels and finish each level by tagging a cute moon. Yes, it’s cute.

There’s even a story, such as it is. The moon has had the stars taken away for no particular reason. Only unlike Katamari, the moon isn’t massive bellmaster like the King Of All Space. It’s not his fault you see.  Across the hundred levels, thematically split in coloured blocks of ten, your job is to reunite the stars with the moon. 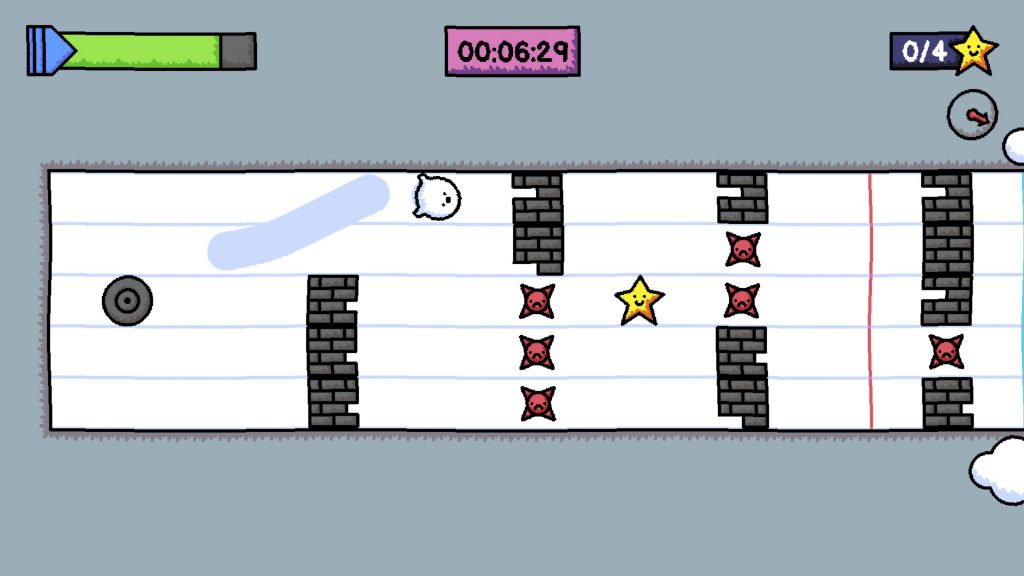 In early levels we made sure to hoover up all the stars as we progressed, but we soon realised that you could finish a level without getting any stars at all. The only thing it affected was your completion percentage.

Each set of ten gently introduces a new mechanic of sorts. For example, the first set is literally you against spiky cute inanimate obstacles, while also introducing the smash mechanic. You can break brick obstacles by dashing into them. Your stamina bar stops you spamming repeatedly though. 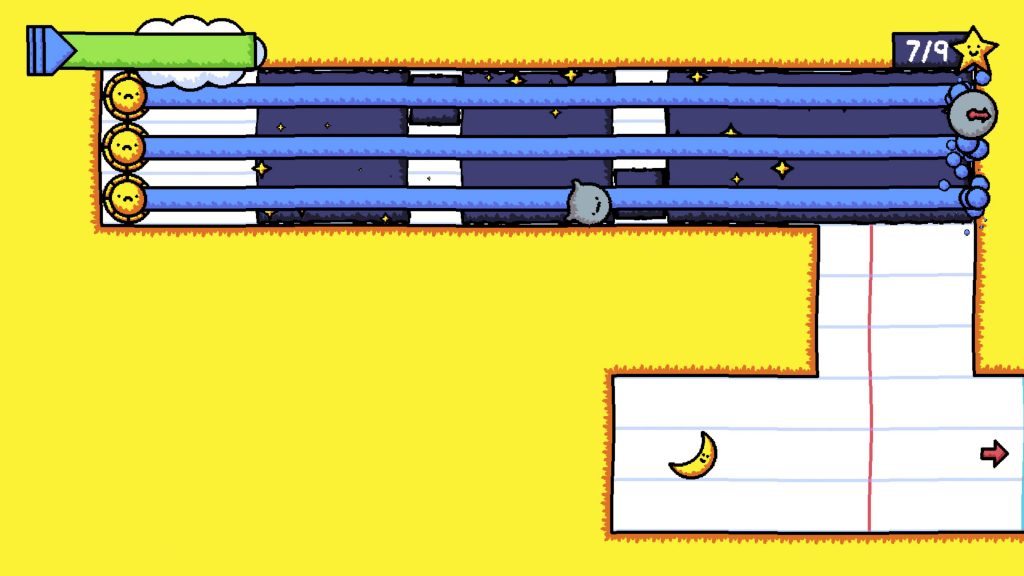 Subsequent sets add moving obstacles, keys, extra dash energy etc etc. You get the idea. Early on though, Rabisco is let down by twitchy controls as you try to move in a straight line but will end up hitting an obstacle, usually through a narrow aperture. Thankfully there’s checkpoints so you don’t have to retread whole levels from a cheap death in the latter stages, but occassionally you’ll have a big gap between the start of a level and the first checkpoint.

In typical Ratalaika fashion, you get showered with trophies from the outset, the pattern in this case being a trophy every five levels until you’ve got a platinum after level forty. We played on a while longer after the platinum as it was the right thing to do. But as soon as we hit a brick wall of a level where we died over and over, we were done. To wit, we hit level forty seven and had stopped having fun. 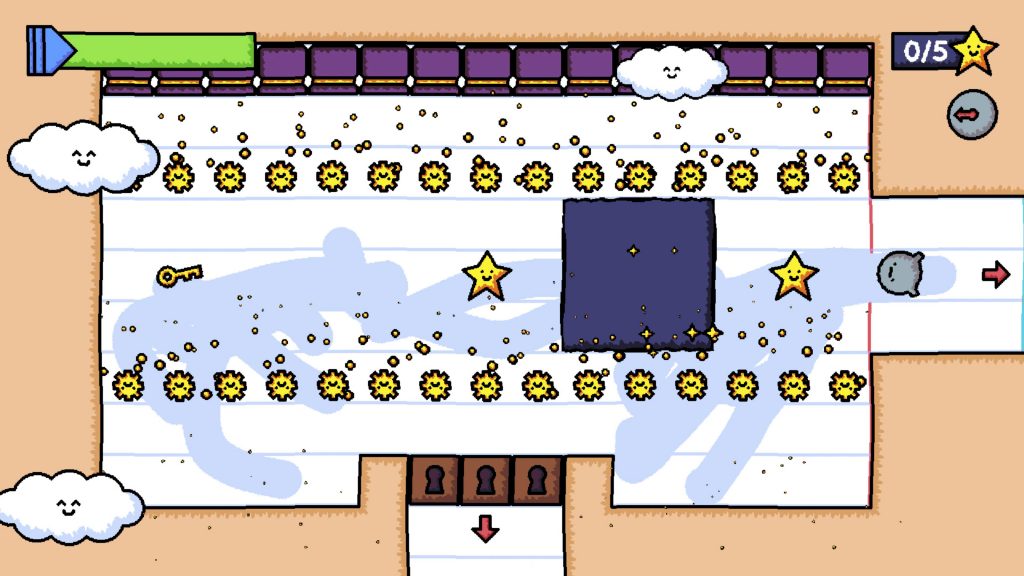 Even to the extent that we’ve not opted to play the identical PS5 version. We blame level thirty for planting the seeds of this malaise. The problem with that level was the fact we died over and over again. Not just a couple of times. More like a hundred. It got old quickly. Thankfully we got past it eventually, but we could see a younger player putting down the controller and not returning, instead preferring to play something less choresome.

In conclusion, Rabisco+ is a wolf in sheeps clothing, it’s cute looks belay its unforgiving nature. Level thirty in particular may be the straw that breaks the camel’s back, it almost did for us. Ultimately the challenge overwhelms any real fun you might have otherwise. The very fact that we can’t be doing with playing again for the PS5 platinum speaks volumes.

Cons
- Not much fun
- Twitchy controls
- Level 30 sucks balls
Summary
Rabisco+ is a wolf in sheeps clothing, it's cute looks belay its unforgiving nature. Ultimately the challenge and twitchy controls overwhelm any real fun you might have otherwise. The very fact that we can’t be doing with playing again for the PS5 platinum speaks volumes.