Platformers with a cooperative slant aren’t new but can still provide ingenuity and compelling gameplay. The latest to try their hand at this is Thin Ice’s Twin Robots. Guiding two mechanical compatriots through a deathtrap laboratory, can this experiment prove a success? 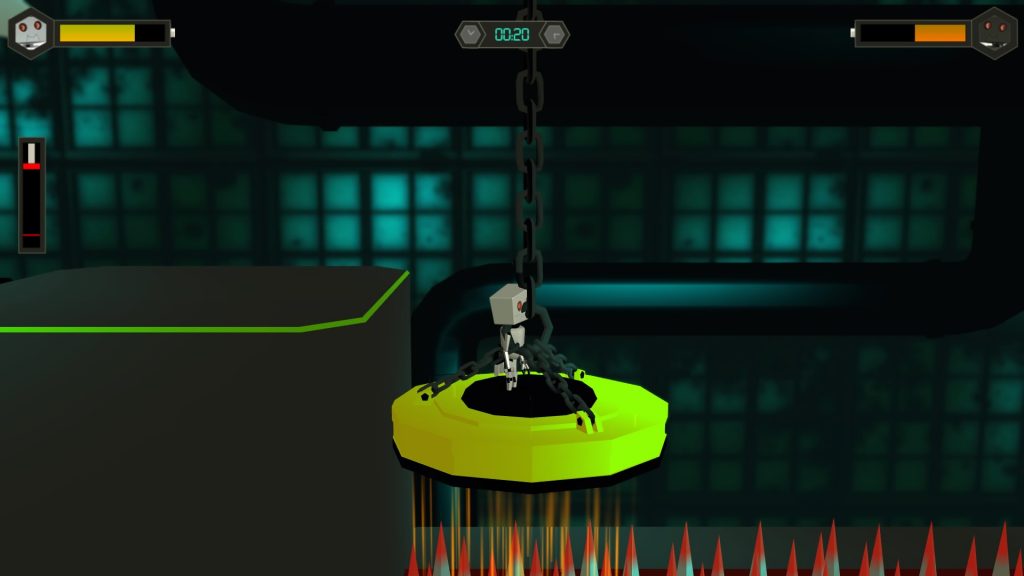 Your objective in Twin Robots is to escort your two robots to the exit door. You do this through platforming the game’s many stages. Success can be had by ensuring just one of them survives and you begin each stage with one twin in captivity. Finding the switch to open their cell is usually your first port of call, although not essential to progression.  Levels gradually increase complexity by introducing various hazards. Some or environmental with gas pools, spike pits and laser grids. They can outright kill your robots or subtract from their energy resources. Energy is required to unlock the exit door. If either of your robots fail to meet the grade, you’ve failed. To help, you can trade energy between the twins at any point, providing they’re both alive. You can also switch between them at will.

With each stage opening with only one robot available to you, there can be a sense of urgency as you look to free them. Unfortunately, it subsides when you realise only one robot is required to leave the level. You aren’t controlling the twins simultaneously so there are no moments of genuine cooperative play. You can play locally with another person but obstacles can be tackled independently, making it more a race to the finish. You might find some fun from that but it does make the main hook of Twin Robots seem somewhat weak. Utilising both players to activate switches and open pathways only really comes into play very late on in proceedings. It seriously undermines the cooperative element. 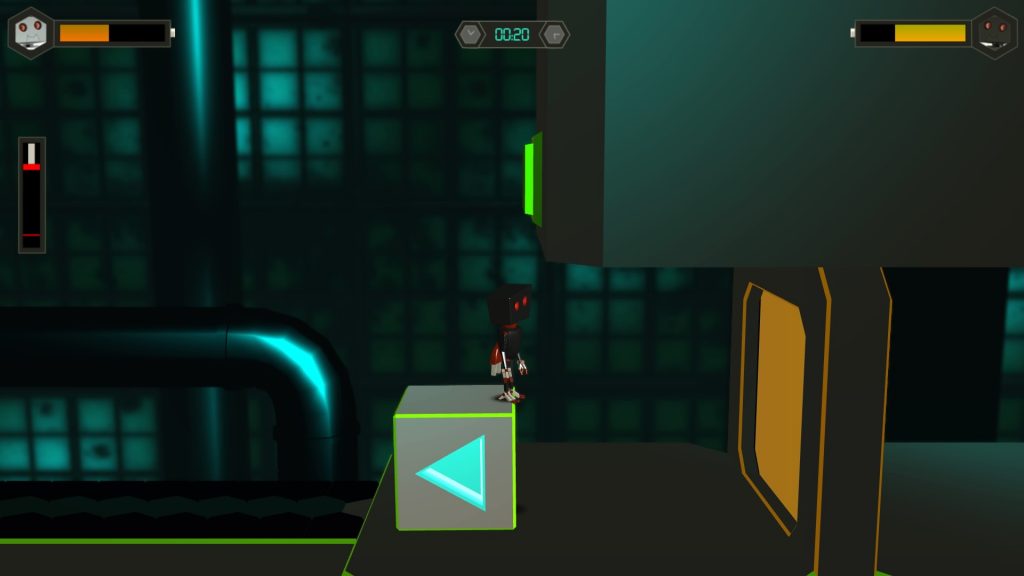 There are other problems. Whilst your jumping feels consistent, if a little floaty, it can feel dependable. Ledge climbing provides the exception. Your robot may fail to grab or be unable to pull himself up in what looks like a glitched state. Wall jumping is fun and behaves as you’d expect. I’ve also found problems with physics-related objects like boxes. They don’t possess much weight which means you have consider any contact if you’re trying to use a box to activate a switch or bridge a gap.

Environments look artificial and basic with very little opportunities taken to vary up how the game looks. You start in a laboratory setting and there you remain for Twin Robots‘ 28 levels. On the plus side, geometry is easily defined and you can easily identify hazards, ramps and obstacles. The robots don’t carry a lot of character through their look, although their demise is usually grizzly.

Musically, the electronic score does well to imply urgency, even if the game doesn’t maintain this stance beyond the first minute of a stage. It does enforce the artificial, industrial setting but it’s not especially memorable. 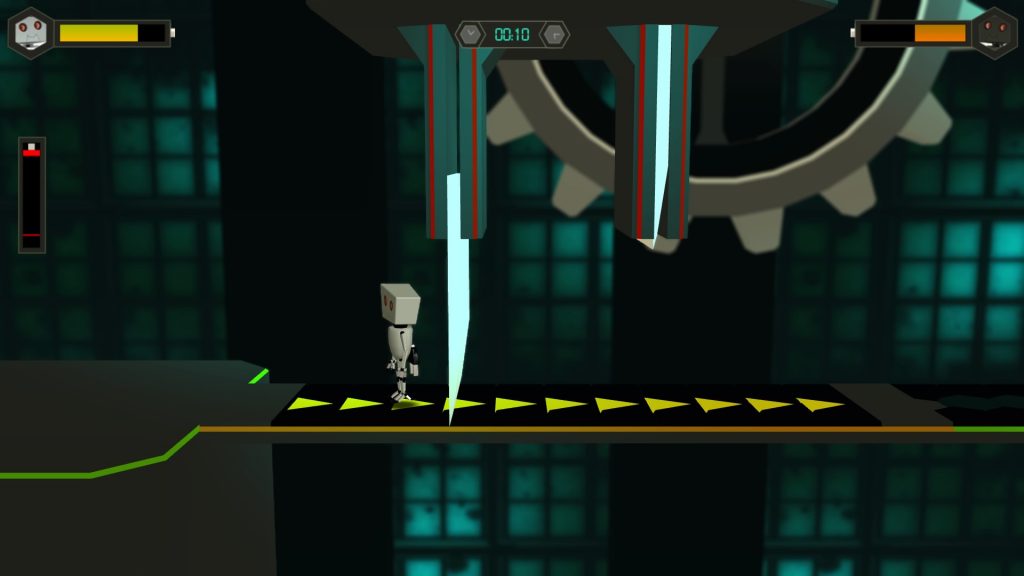 Whilst the game can move by quickly, the inability to really make their hook stand out, marks Twin Robots as a fairly average, brief game. The lack of story robs the product of any real character and, mechanically, it’s all rather bland. Over in a couple of hours, it’s a game that barely registers. Whilst local multiplayer might provide some longevity, the lack of anything around the periphery ensures this game stands stationary with very little worth a second glance.

Twin Robots
5 Overall
Pros
+ Decent soundtrack.
+ Functional, if a little basic platforming.
+ Levels are over in minutes and quick to restart
Cons
- A very, very lean package.
- The cooperative aspect is very underplayed.
- Not a very memorable campaign
Summary
Twin Robots struggles to elevate itself beyond an average experience. The lack of a narrative and the constant laboratory setting leave something lean and stagnant. Basic by design, there's little to recommend here. Local cooperative play might squeak some extra time out of what's a functional but bland effort.