JYDGE is the latest in the unofficial trilogy of distopian twin-stick shooters from 10TonsLtd and comes hot on the heels of their previous one, Time Recoil.  Borrowing heavily from both that game and Neon Chrome (which we really learned to love after we reviewed it), JYDGE follows is a mixture of both but taking the best aspects from each game.

Like Time Recoil, the game has smartly designed levels rather than Neon Chrome‘s randomly generated stages but eschews the dreary storytelling aspects.  It also takes the dark neon aesthetic of Neon Chrome and its focus on LOTS of customisation.  The game markets itself as a ‘create your own Judge Dredd’ type of affair and it pretty much delivers on that promise. 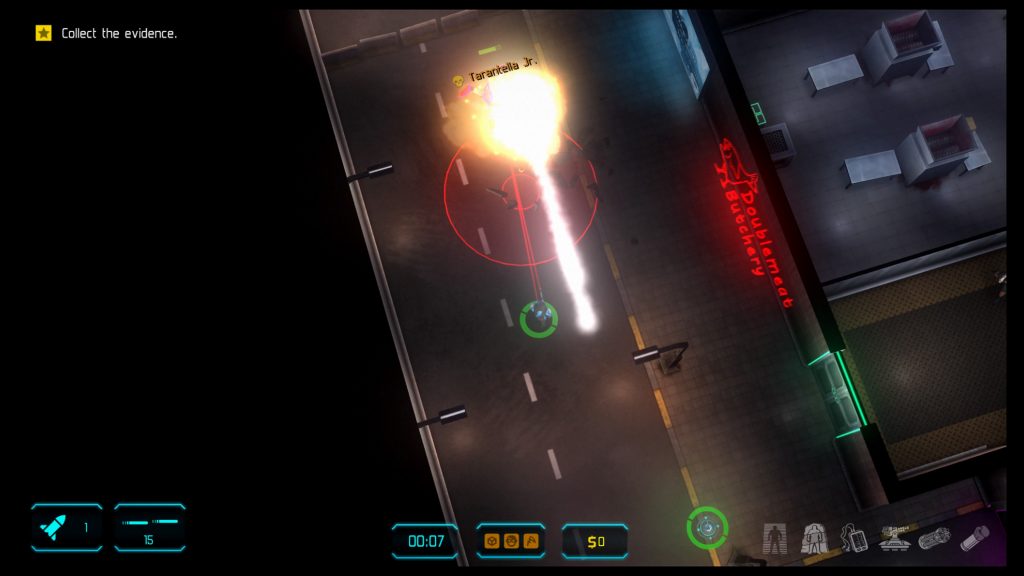 You play the titular Jydge who is, much like 2000AD’s Dredd, a law-enforcer with the power to sentence people to death on the spot.  Each level requires three objectives to be met (although thankfully not all in the same run) and these usually amount to killing special targets, rescuing civilians and finding evidence while sometimes adding conditions for not being seen, not taking any damage or exiting the stage within a time limit.  These objectives add a real tactic depth to the game and at the harder difficulties can mean you’ll need to adjust your loadout to try new strategies entirely.

The levels are short too.  Perfectly bite-sized chunks of violence, like Hotline Miami but far less fiddly and tedious.  Also, opening doors in one playthrough will leave them open in subsequent ones which helps with objectives that initially seem impossible.  It’s such a nice touch and good piece of game design that we can’t help but feel a bit thankful for it. 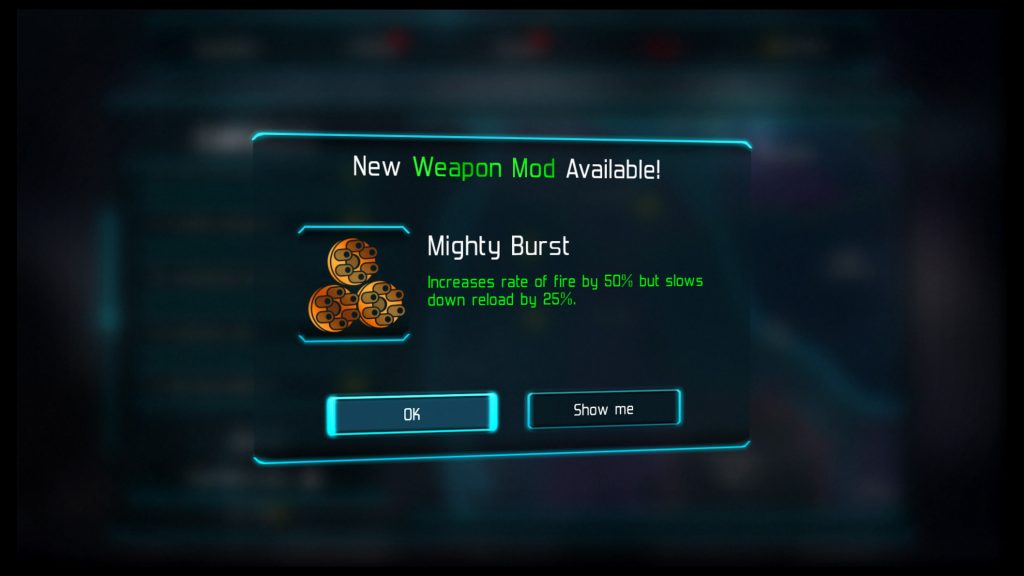 The biggest aspect of JYDGE is the customisation.   You can add up to four abilities to your Jydge, three to his gun while also unlocking and upgrading your primary and secondary weaponary.  There is a massive amount of choice in each category and while there are clearly some abilities there that are just making up the numbers, we really like having all these options.  All the upgrades are persistently available once unlocked, much like Neon Chrome, and you unlock something nearly every time you beat a level.

Each level can be played on three difficulty settings that are unlocked as you go through the game.  The hardest of these is extremely challenging and so you’ll want to upgrade yourself as much as possible to survive it but JYDGE is smart in that you don’t upgrade your health or armour.  Neon Chrome would let you do that which essentially meant that success was simply a grind but here you’ll need to use good tactics and even better skill to get through the later stages of the game. 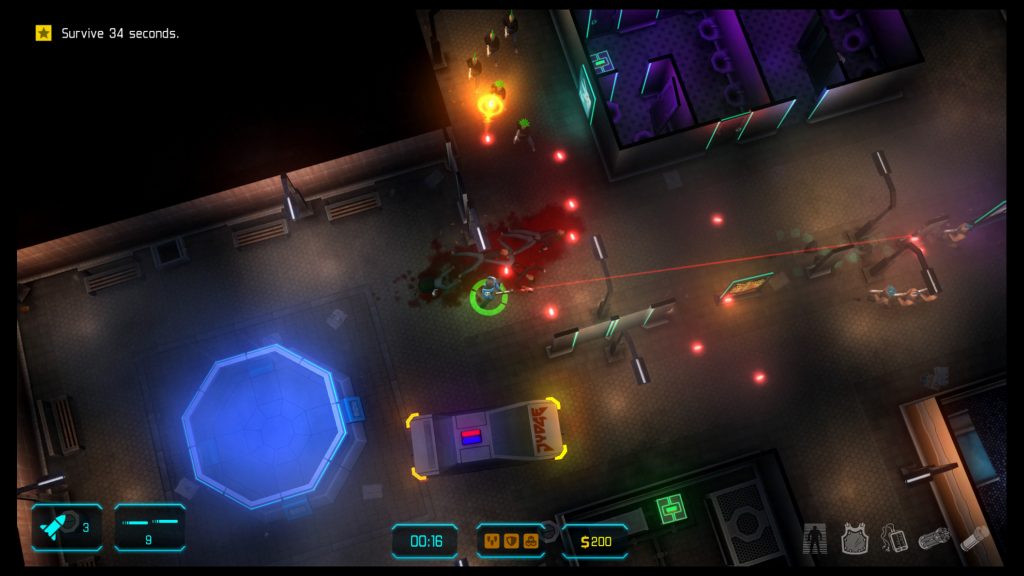 While not as smooth or flashy as, say, a Housemarque twin-stick shooter, Jydge definitely has the gameplay to compete in the genre with the best.  That said, the presentation is pretty much identical to Neon Chrome‘s which is to say that it is pretty subdued.  After games like Nex Machina and RUINER, we’ve become a little spoiled.  Also, JYDGE has some of the worst music we’ve heard in a shoot ’em up (which is a shame as Neon Chrome’s brooding synth soundtrack was pretty decent).

However, presentation isn’t everything and while Jydge definitely isn’t what you’d call eye candy, your view of the action is pretty good and therefore the gameplay gets to shine here, perhaps more than in other, flashier games.  Also, where we’ve not felt the need to go back to Time Recoil since we reviewed it, we’ve got a feeling that we’ll be doing plenty of jydging in the coming weeks and months.

One thought on “JYDGE – PS4 Review”