I do love a bit of digital tourism. There’s a great swath of the world I just wouldn’t visit if it wasn’t for public transport. Train Sim World 3 looks to scratch that itch with another edition of Dovetail Games’ series. It feels very familiar to me with some new content accompanied by returning trains and routes. There’s still a charm there but I still sense they could do more. 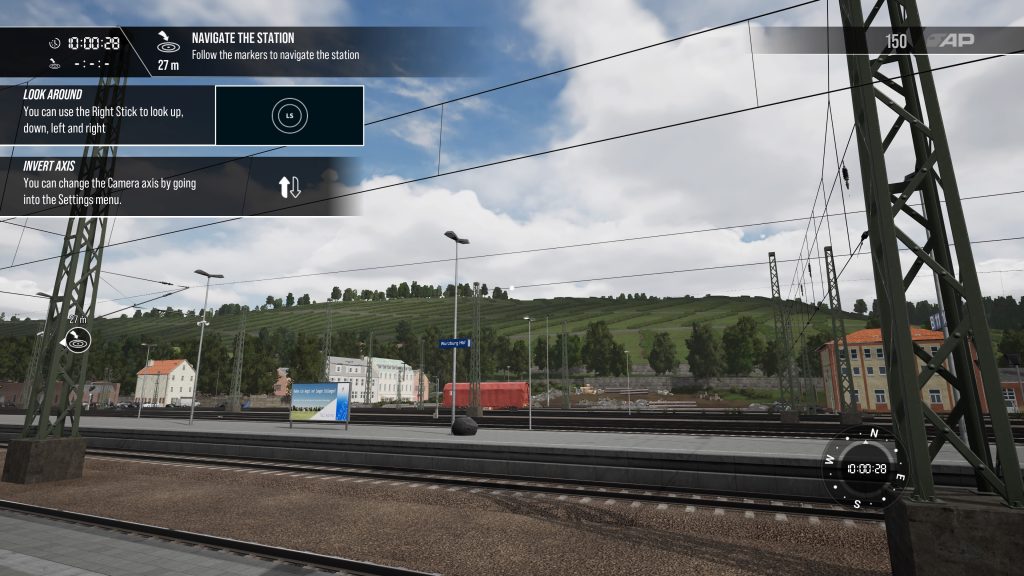 The standard edition of Train Sim World 3 bundles in the Southeastern Highspeed, Cajon Pass and Schnellfahrstrecke Kassel – Wurzburg. Each three packages offer a different experience of trains, ranging from standard passenger routes to more challenging freight operations. It does a decent job of covering a breadth of locomotive joy but you can also see plenty of overlap from previous Train Sim World iterations. For the deluxe package, the Spirit of Steam – Liverpool Lime Street content is added which allows you to commandeer an old steam engine from the pre-Beeching glory days.

This recycling of content from the predecessors does dampen the deal somewhat and it does present my biggest issue with how Train Sim World 3 is compiled. Ideally, I want all Train Sim World content under one roof. Instead, every couple of years a new game is released and the old packs have to be updated, sold again or re-downloaded. It’s inelegant and I don’t see how each Train Sim World title justifies this separation. It can clutter the store up and anyone new to the series might not know where to start. 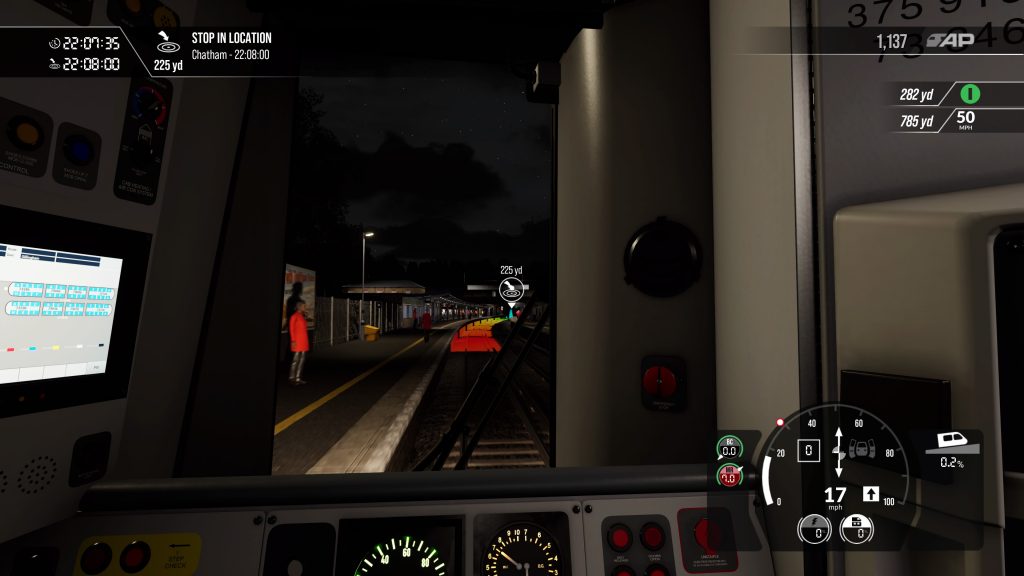 Each of the trains involved function differently with training modules for each of them introducing you to the ways and means of keeping those beasts on rails. There’s a nice bread-and-butter feeling to the Southeastern routes which focus on commuter trains. I find them more simpler to operate and the British countryside feels familiar and quite varied to coast through. In comparison to the German ICE routes, they’re shorter with a lot more to do when it comes to servicing stations.

I find the freight trains daunting but at least the training goes into detail about how and why you’d use the different brakes on offer. It provides Train Sim World 3 with its toughest routes but I would love to eventually be undaunted by dragging hauls across the United States. It’s more hands on with coupling having to be done manually and gradients become more than a nuisance with the heavier machinery.

For the most part, the game is decent at taking you through routes step-by-step. Starting an engine from a cold start is not given to you blind but I do wish more feedback was given during certain situations. Specifically, I still found myself in scenarios where I’d stop a train and then be unable to get power back to the wheels. Having to look inside the cab for any applied brakes or tripped switches has never been my idea of fun. Messages do pop up if you have brakes wrongly applied but not in all cases. 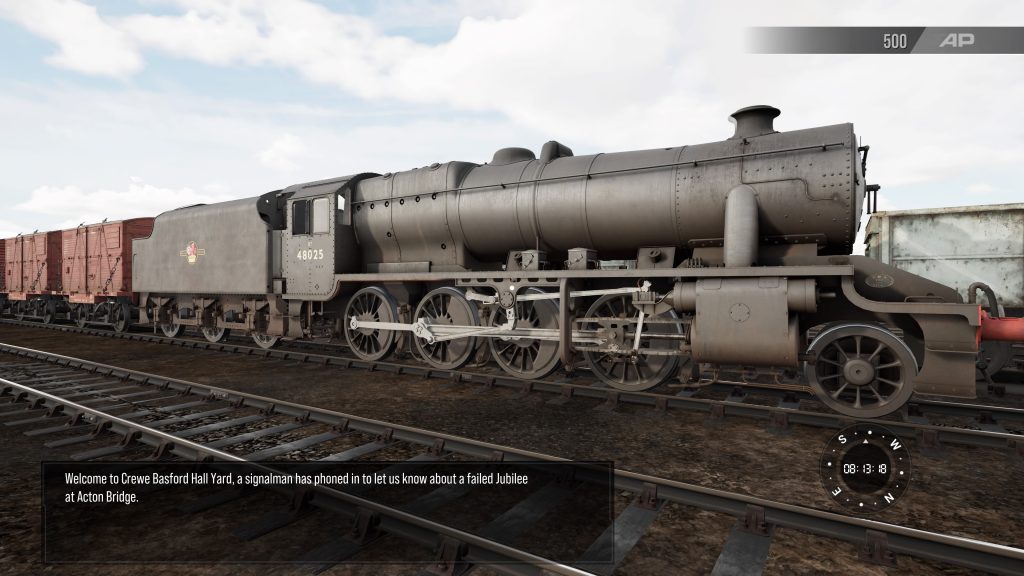 When it comes to content, you can run the usual routes that cover going from destination to destination. Scenarios take these routes and place them under different circumstances. They can offer something more intriguing as you park up at a depot, operate switches and obey signals. Most routes largely keep all signals green but having to slow or stop gives you a reason to keep your eyes peeled. Whilst the world is very clockwork, these situations do provide an air of uncertainty reminiscent of real life. Alternatively, you can still take on these routes as a passenger and admire the scenery from the comfort of your window.

Routes are plentiful and they rarely exceed an hour. For those longer excursions, I would’ve preferred a chance to save mid journey. The training centre is a nice new venue but you don’t really do that much training in it. Some of the vehicles aren’t complicated to operate but the test track itself is also a simple loop. There’s a couple of signals to tweak and a couple of stations. There’s not a lot to run a driver through. Still, I’m glad it’s there and does give you a stress-free environment to try out new equipment.

Visually, Train Sim World 3 looks marginally better than it’s console predecessors. It’s on par with the PC in terms of fidelity, although there’s still some telltale rough edges. Grass phasing through tunnel roofs look a little scruffy and pedestrians walking over footbridges can really show a lack of polish. Where it shines is in presenting you with nice scenery along a route. It’s not pristine but there’s a level of detail here that’s admirable. It plays into the gentle, meditative quality that these simulators can bring.

The cabs of each vehicle is well realised and there’s a stunning attention to detail. The fidelity is strong enough to make almost all the stickers and signage readable and there’s an authenticity on offer that’s striking. Reflective surfaces are really well done and the vehicles look pristine. The accuracy remains strong with all the buttons, switches and dials lovingly recreated exactly where they should be. Dynamic weather makes an appearance and, whilst I don’t find the weather effects especially stunning, the possibility of the climate changing does give routes a new variable. 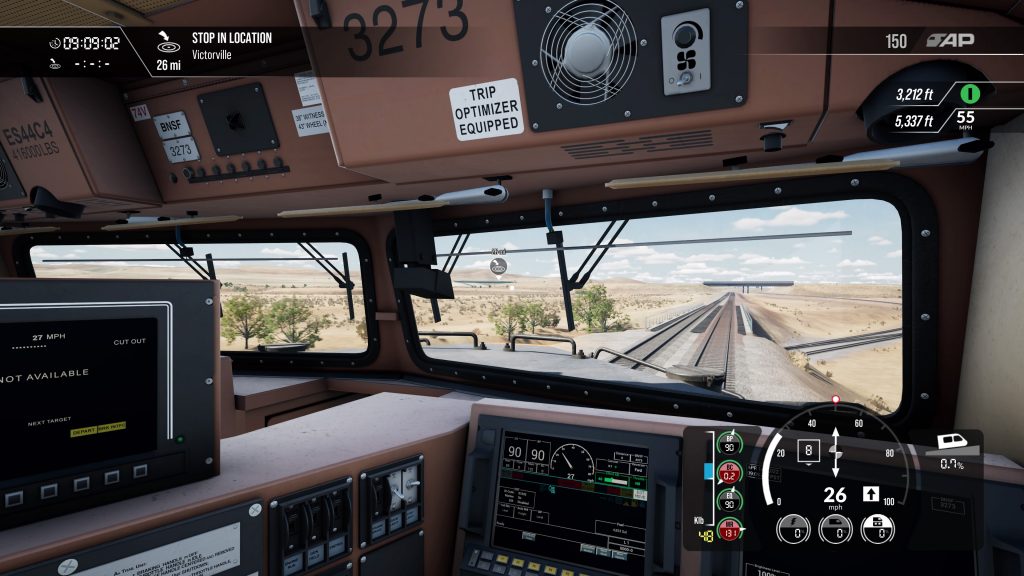 The sound design is done well enough. There’s no music within the menus which can make that presentation dry and dull. Inside the cab, you get plenty of audio feedback. The warning beeps of closing doors or setting a DRA helps convey you’re operating a machine. Hearing the engine spool up is always satisfying. Brakes bite when they’re applied and I get a good sense of systems interacting with each other.

I still like what Train Sim World 3 brings to the table. There’s a variety of train types and experiences on offer, although I really wish they would centralise it all under a single platform. Having new games come out and retrofitting old content feels clumsy and doesn’t make the choice of shopping for new content easy. That said, the meditative qualities are still there. It looks better, although environments still lack the polish afforded to the locomotives. This feels like a good entry point to the series but veterans might have to think hard about whether the new content is worth it.

Train Sim World 3
7 Overall
Pros
+ Relaxing, meditative gameplay.
+ Plenty of content available from the outset.
+ Incredibly detailed vehicles.
+ Conveys distance really well and at times can deliver stunning vistas.
Cons
- I would like all Train Sim World content consolidated under one platform.
- Content can feel overly familiar or recycled.
- The environments lack a little polish.
- No ability to save mid-journey.
Summary
I'm still enjoying Train Sim World 3, even if the content can revisit their old DLC packs. The driving remains a relaxing experience and the breadth of routes on offer can give players plenty to work towards. What you get with the standard edition provides a nice mix of passenger and freight journeys whilst the deluxe edition adds steam engines into the mix. They all feel different to operate and have their own challenges. Visually, it's an improvement although not as polished as I'd like. It's a fun package, although I'd love Dovetail Games to finally consolidate all their Train Sim World content under one roof.