From Swedish boutique dev ‘Something We Made’ we have Toem: A Photo Adventure. Stylised as T📷EM, it’s a black and white photography game. As you can see it’s quite lovely looking. We hoped that Toem was some kind of abstract Scandinavian concept like hygge or that smug feeling you get from watching something in Danish with subtitles and feeling like you’re intellectual. Sadly, the closest we got was ‘to fill’ in Thai, which we somehow doubt is what they’re aiming for here. 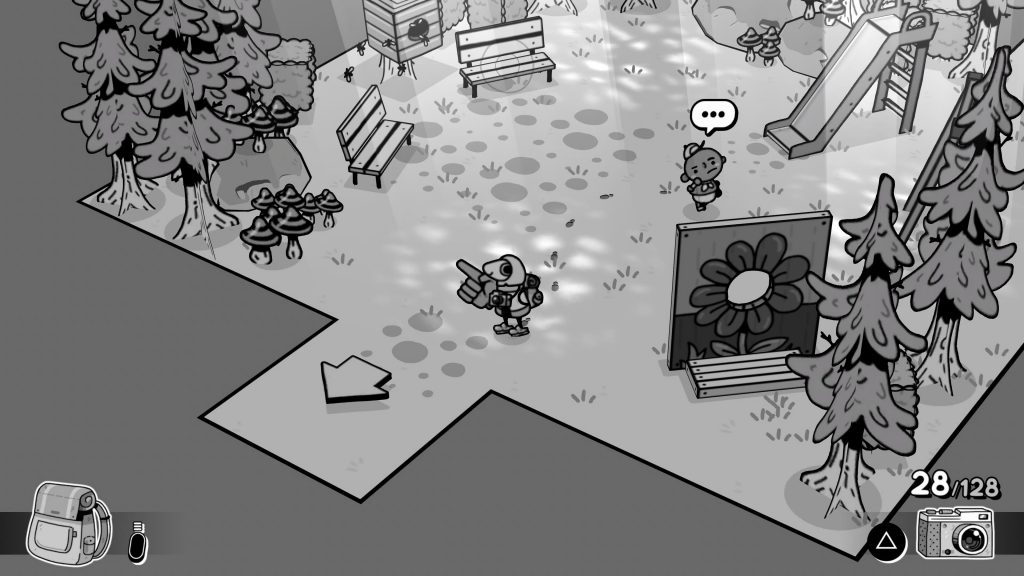 Initially we got a similar vibe to another game we played earlier this year in Chicory, especially with regard to the monochrome palette and lovely music. Thankfully Toem is very much its own beast. A unmistakeably Scandinavian one at that.

You’re a sheep-thing (we think) and it’s down to you to ultimately experience the feeling of Toem. Even if we’re not entirely sure what it is. We’re still going with an abstract concept anyway. When we realised it was a photography game, we thought Toem might be on rails like that Pokémon Snap, but in fact it’s a rather more freeform affair. 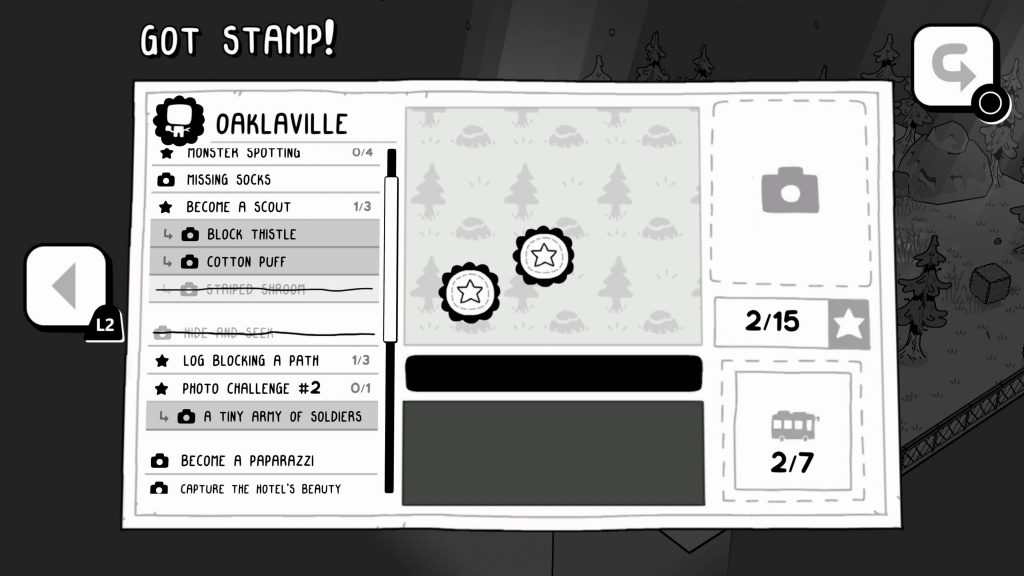 You have a shopping list of photos to take in each area, but at the outset the list is filled with question marks. It’s only upon engaging with the populace in the respective locations that your objectives are made clear. Well sort of. They’re listed with a cryptic clue in some cases and its up to you to find the respective subjects and take a snap.

Travel between areas is gated by your having to complete an arbitrary number of objectives first, typically seven. Then the wee monkey that runs the travel shack will stamp your bus ticket and you’ll be able to progress. Though in our case, we obsessively sought out every single photo op in each area if we were able. 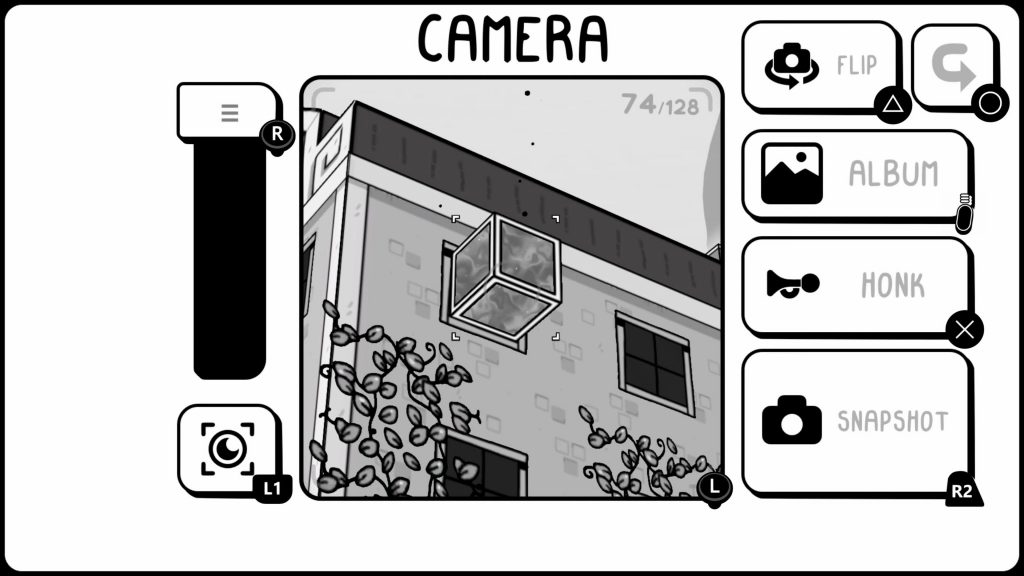 Some objectives are as clear as day, while others will have you potentially stumped. The key to finding out if an item is an objective is whether it shows up with a little tool-tip through your camera’s viewfinder. Other times you might twig what an objective is straight away, but due to rigid criteria you’ll come up short even if you have a suitable photograph already taken. The gallery objective springs to mind, you’ll know when you get there.

After a while you’ll get into a groove and start taking snaps pre-emptively, partly for the aesthetic and other times as you’ll have twigged that the subject is probably an objective. If you rush through though, you probably won’t spot all the lovely little details. Toem’s world is gloriously detailed with many many cute touches. It’s clearly a labour of love and all the better for it. 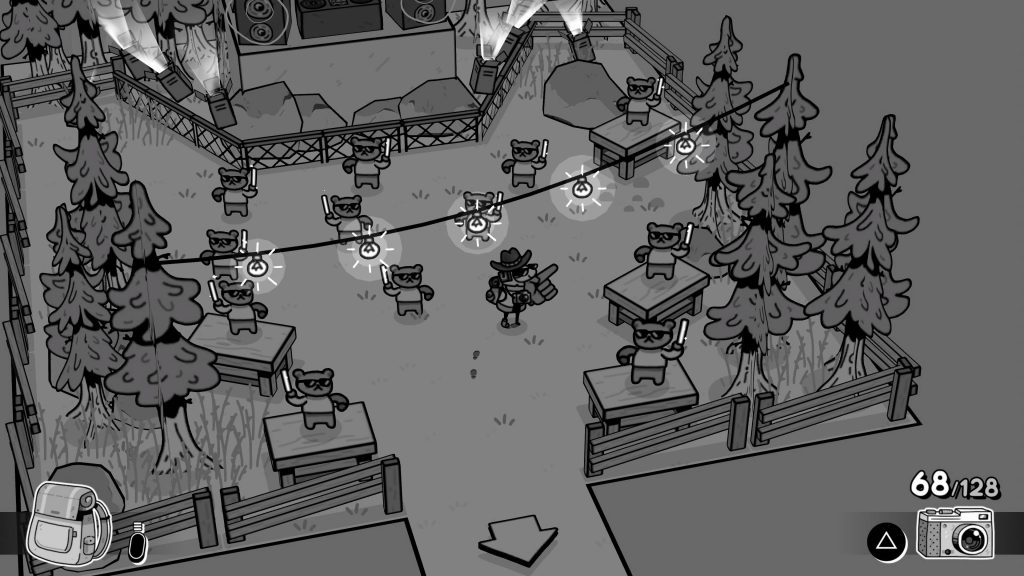 If you tear through doing the bare minimum, you could be done with Toem in a couple of hours. But you’d be doing both yourself and Toem a huge disservice by doing so. It doesn’t change the fact that Toem is a bite-sized experience with a mere four areas of any great length.

Our biggest issue with Toem is we want more of it. This is very much the sort of game that would benefit greatly from extra weekly challenges, purely to experience more of the loveliness that is on offer here. We just wish we could experience it fresh once again. 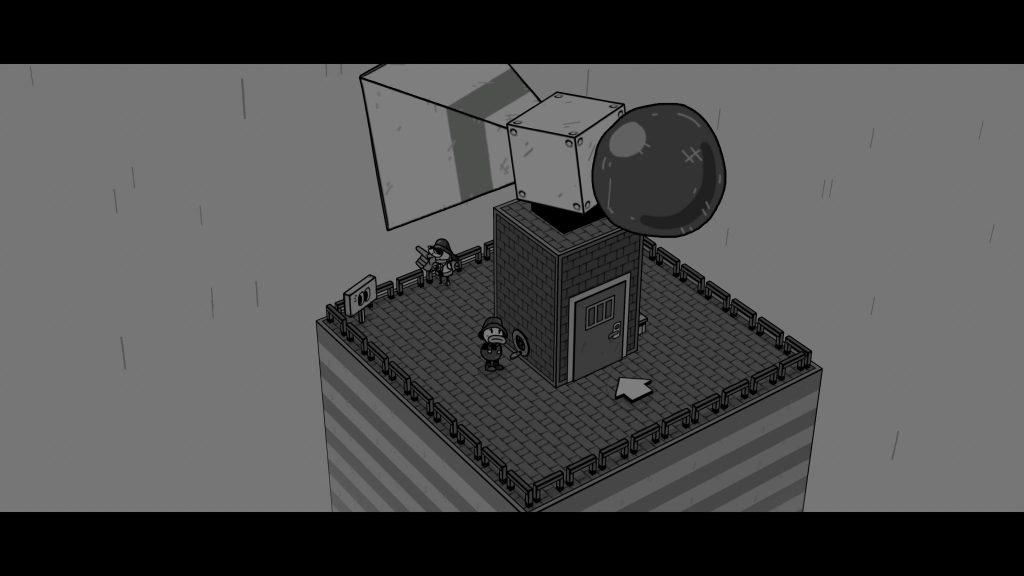 As you might’ve already worked out, we really liked Toem. It’s just a shame it’s essentially a one and done, a bit like Portal 2 in terms of the fact that you can’t redo puzzles on a repeat playthrough as you’ll already have nailed it on the first playthrough.

Cons
- Perhaps a bit short
- Some objectives are just that bit too specific
- Replayability is limited
- We're still none the wiser as to what Toem is
Summary
Toem is a frequent delight with a wonderful photo mechanic and excellent music. Just a shame it's not longer. It's pretty great though. Get to it.