Mary Shelley’s Frankenstein has seen countless adaptations since it’s publication over 200 years ago. It’s fairly common fodder to discuss existentialism, what it is to be human and play God. Even when not being directly quoted, it has been the inspiration for many, many stories from many different people. Today, it’s La Belle Game’s turn with The Wanderer: Frankenstein’s Creature. This colourful, interactive story is certainly touching and stunning to look at. 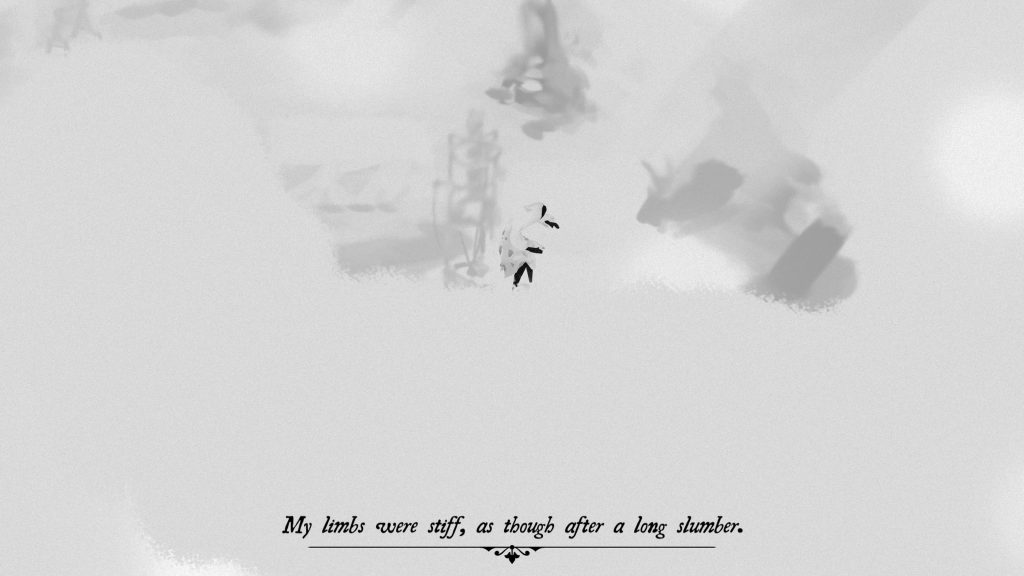 If the title didn’t give it away, The Wanderer: Frankenstein’s Creature is more of an interactive narrative rather than an explicit game. With funding coming from French public broadcaster ARTE, you can see how this feels more like an art project. Honestly, I don’t mind it when games meet with classical culture and it certainly offers an opportunity to tell a traditional tale to a new audience. This game is not looking to tax you but it is trying to present something in a relatively interesting manner.

Using the original text as a basis, the story of this game does remain faithfully to the literary classic. Taking place entirely from the monster’s perspective, we see him grow intellectually as he ponders how to belong in a world that doesn’t really want him. He strives to meet his creator but Viktor is seemingly absent. The story covers the Creature’s long journey and, if you’re familiar with the book, not much will come as a surprise. 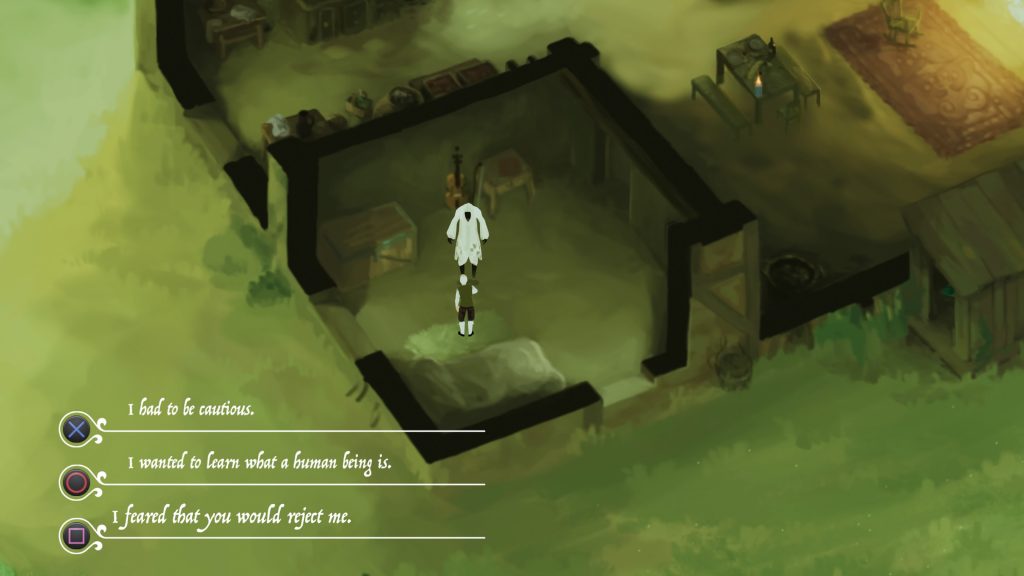 There is some creative license, though. There’s more contact between the Creature and humans, for starters. There’s the confrontation with the family he observes but also a scene of him masquerading at a fair. This does allow us to get more of the Creature’s humanity, desires and motivations. He wants companionship, however fleeting but this never seems to last.

There can’t really be a happy ending for the Creature but at least The Wanderer: Frankenstein’s Creature does give him some brief respite. He’s a complicated soul of dubious origin but he has a heart and a need to be accepted. As a player, you can influence this. The interaction is fairly light but some scenes allow you to play music for others, complete tasks for them and generally get townspeople on your good side. When things go south, you can opt to retaliate or flee. Whilst the narrative is largely set, it’s nice to at least provide some colour to the Creature’s actions. 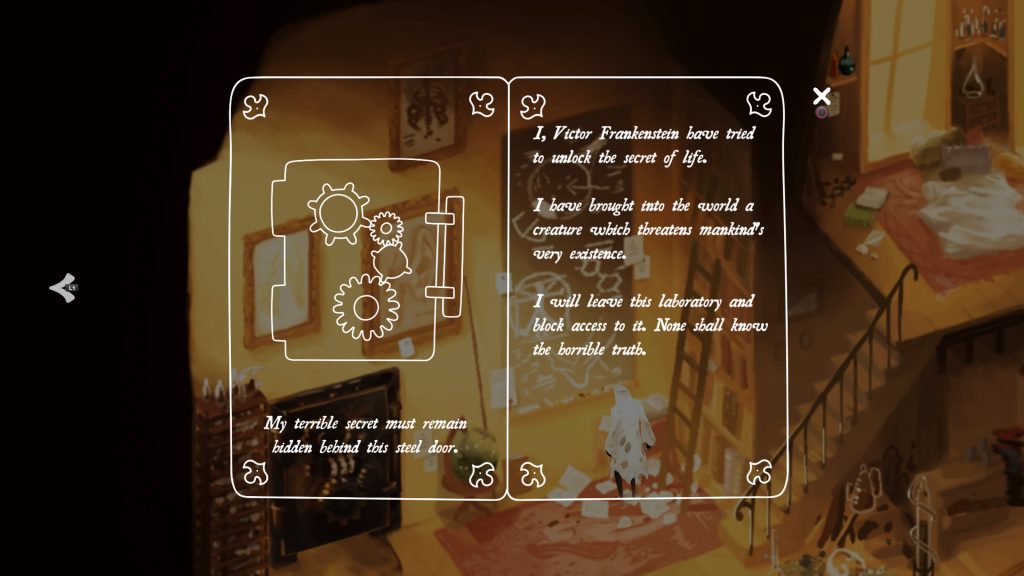 There is five endings to discover and, whilst I’ve only seen two, there are some late game encounters that push the existentialism up a further notch. Religious imagery is heavy but it really fits with the creator and created theme that runs deep within the tale. It’s worth a replay for the other endings. At around 90 minutes long, it’s not that much of a drain on the clock. Each of the game’s scenes does fly by quickly which delivers a swift pace.

Perhaps the most striking aspect of The Wanderer: Frankenstein’s Creature is the visuals. Each environment is beautifully crafted with colourful brushstrokes. The Creature towers about everyone he comes across but he stands out well across the many formidable places he treks across. At times, it is like moving through a painting.

The desolation of the mountains and forests gives way to some vibrant jubilation as the story ventures into Tuscany. The variation really helps establish how far the journey has taken The Creature and I really dig this style. Text is given this classically stylised font and each scene is introduced with some neat flourishes. The animation works well with The Creature slinking his way through the countryside. The contrast between him and the humans really showcases he’s from another world. 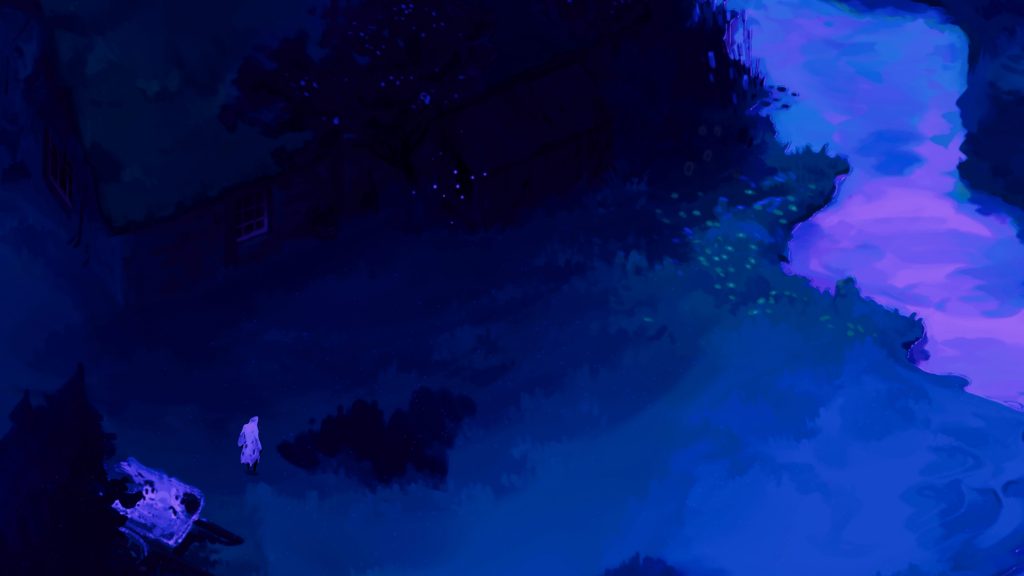 The musical score, whilst not as strong as the visuals, does keep with the Creature’s mood. For the most part it’s downtrodden, sometimes barren but the high points of the Carnival really let the music swell. It can be overpowering at times but it compliments the visuals well. As a piece of art, you can see the polish that was given and works well as a package.

As someone who knows the broad strokes of the Frankenstein story, it has been nice to fill in some of the gaps with The Wanderer: Frankenstein’s Creature. It’s faithful to the book but does take moments to add some new touches that enhance the tale’s existing themes. The crafted visuals and sombre music do gel together nicely and, whilst there’s light interactive elements, the complete product comes off as memorable.

The Wanderer: Frankenstein's Creature
7 Overall
Pros
+ Phenomenal, eye-catching visuals.
+ Takes the original text and adds some flourishes to a well-known tale.
+ Solid, sombre musical score.
+ Really well presented and swiftly paced.
Cons
- Interactivity is light but the more involved sequences can slow the pacing down.
- Music can occasionally feel overpowering.
- Some of the more wintery backdrops make the Creature hard to navigate.
Summary
As a take on a classic, The Wanderer: Frankenstein's Creature manages to provide some stunning visuals with some slick presentational touches. It's light on interaction but the player does at least have something to do in each scene. The dialogue choices might not steer the experience too far off track but it does allow you to colour the narrative in some subtle ways. The story builds upon the existentialism nicely and does have it's own moments of artistic license. It's a well done, concise package that is worth checking out.