Remember Atari? They were famously co-founded by Nolan Bushnell in the early ’70s. After the videogame crash and even more half-arsed 1990s attempts at console hardware than Sega, they ceased to be. Also remember Infogrames? They acquired the rights to the Atari name and subsequently rebranded.

Now they’re back with what they boast to be their first new IP in years. Right? Right. Kombinera is a load of balls. Literally in this case. Developed by St Louis, MO-based developer Graphite Lab, like you we’d never heard of them either. They’ve been going since 2004 with twenty eight games under their belt, many of them on mobile or licensed fare. 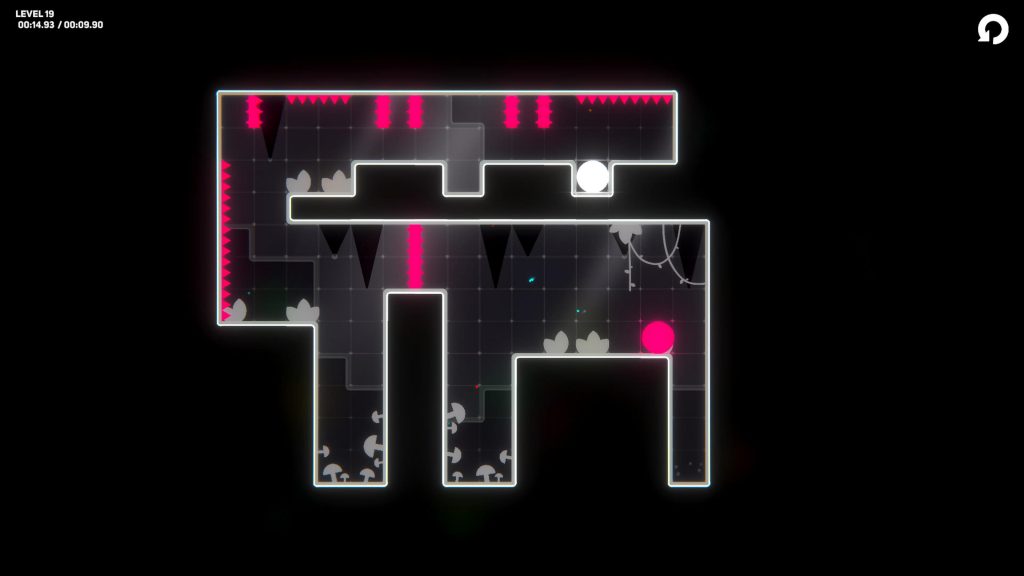 Kombinera is very much a rage platformer and quite the departure from their prior work. After a perfunctory few tutorial stages you’ll be thrust into the game proper. If you’re anything like us, you’ll probably miss one key detail during the tutorial. A small jump is

. This proved crucial to our continual failure on level eighteen of three hundred. Yep. There’s three hundred levels here as well as a few bonus levels into the bargain.

When a check of the controls to see if we’d missed something confirmed that we had, we managed to get past it and progress. Not our finest hour we admit, but if nothing else it unlocked a trophy or two in the process. 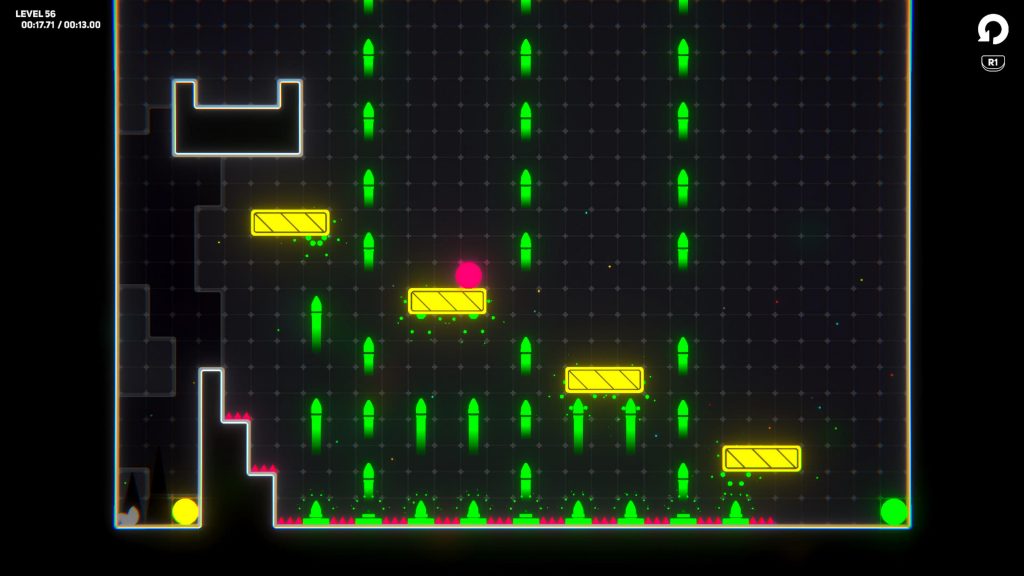 There’s a story here but other than reminding us a bit of a more abstract take on the King Of All Space from Katamari Damacy, we didn’t have much to take in. The multicoloured blob king thing is called King Kombine apparently. Anyway, it’s all quite secondary to the gameplay.

We’re happy to report the gameplay is solid if frustrating at times. Some cleverly designed levels will have you gnashing your teeth as you retry once and again in the belief you can proceed. You might even unlock a bonus level or two during the process.

As the titular Kombinera might suggest, your job is to combine balls together into one, at which point you’ll finish a level. This is easier said that done as there’s obstacles a plenty. And most crucially, the balls all move in sync. It’s like spinning a half dozen plates, only for your attempt to come crashing down when you take your eyes off one. 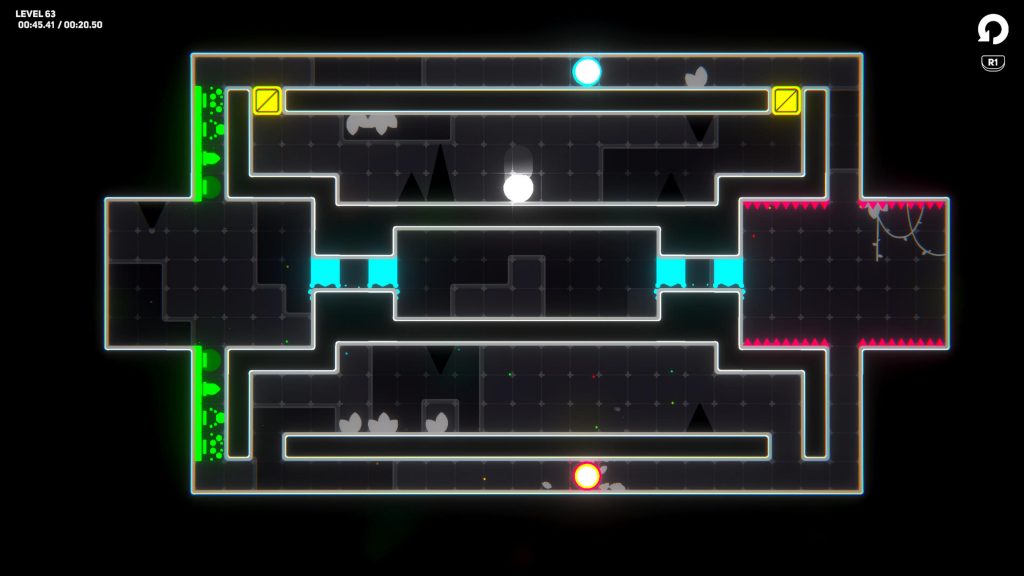 The difference between success and failure often comes down to what feels like fractions of a pixel, especially when one crucial ball is on a knife edge. For the most part though, any failure generally feels like an oversight on your part.

Early on in the game you’ll only have white balls that are inert and effectively vulnerable to every single hazard. Then you’ll get red balls that are immune to spikes. When you combine a ball with a distinct property with another, you get a combined set of powers. This isn’t necessarily the best course of action though, especially when the yellow wall breaker comes into play. We also encountered the green bullet sponge and the blue water immune balls during our playthrough, there’s no doubt others but we hit a wall unable to continue. 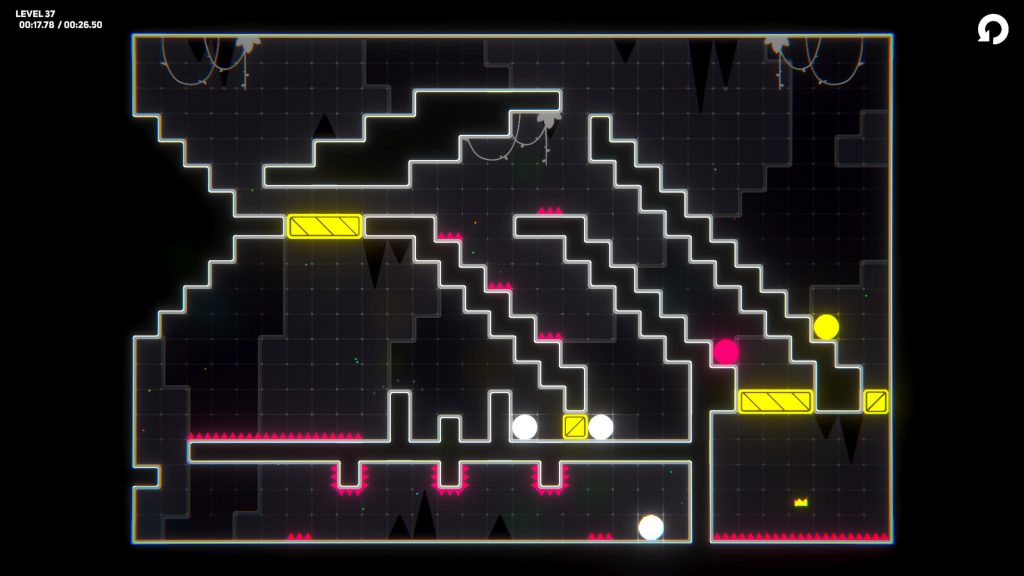 On a couple of occasions we sacked off attempts and handed our controller to the child to mess around a while and he even managed to get past one tricky point we kept on getting frustrated by. Funnily enough, we effectively gave up in the third chapter aptly named ‘Crushed Spirits’. Kombinera wants to break you and probably will. It did us at any rate.

As well as the harsh gauntlets that many levels present, Graphite Lab have seen fit to include both a time trial function with par times on each level. Some of these are straightforward, but many are beyond the realm of us mere mortals. On top of that, there’s also crowns on some levels that are often off the beaten track. 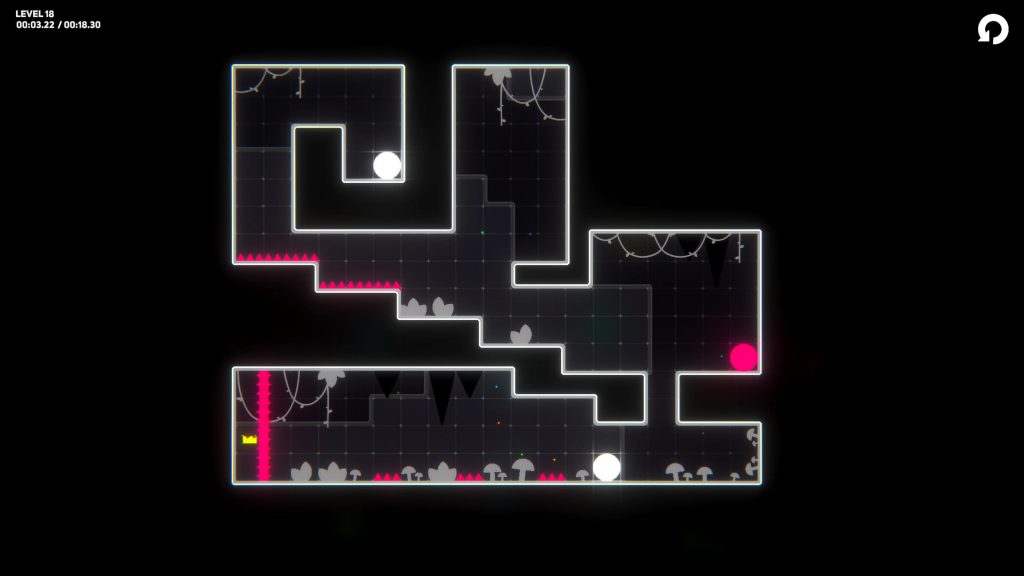 On the earlier levels they’re more than doable, but when you’re battling gravity and any number of environmental hazards, you’ll probably bypass them in preference of a completion instead. You see, a collectible only counts if you finish the level into the bargain. Let’s just say we aren’t going to be getting the trophy for seventy five crowns here.

There’s also bonus levels you can unlock but they’re even more absurd gauntlets than those contained in the main game, we didn’t stand a chance at all there. When your bonus levels are such that death appears to be the only outcome, maybe they’re just a bit too hard though. 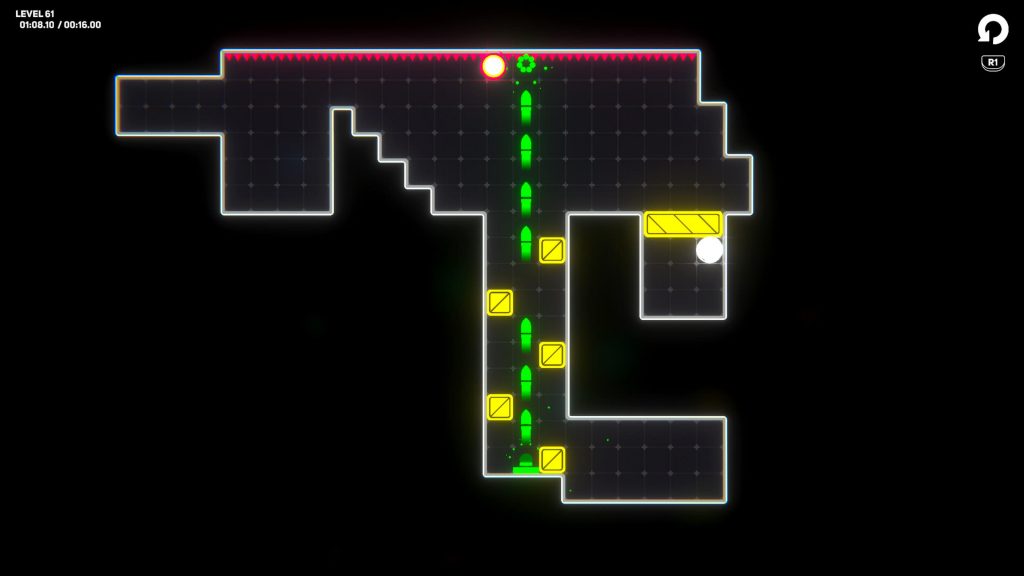 As you can see from the screenshots, everything is very crisp and clean graphically. What isn’t conveyed is the spot particle effects when you inevitably destroy a ball and it crumbles to dust. Or the nice distortion effect when balls combine. This is all set to some lovely low-key electronica that bubbles away nicely in the background.

In conclusion, the PSN store blurb asks “can you save King Kombine from the Kave of Kaos?” No, we couldn’t but in a perverse way we enjoyed failing. The difficulty is a bit much at times, not to mention the absurd bonus stages. Kombinera is a good puzzle platformer but perhaps not for everyone.

Kombinera
7 Overall
Pros
+ Crisp graphics with nice effects
+ Tight control and gameplay
+ Clever level design
+ Music is nice and low key
Cons
- Tutorial is so brief as to be useless and omits the importance of small jumps
- Difficulty is all over the place
- Bonus levels are pricks
- Time trials and par times seem superfluous, especially on the harder levels
Summary
Kombinera is a lovely looking game but it doesn't hesitate to put the boot in. Some puzzles are so oblique you'll simply not see a way out, not to mention the collectibles that'll lead to your inevitable demise. It's good but the difficulty may prove to be too much for many.