Stealth games are tough to get right. There are a few approaches, some more lenient whilst others will be very punishing but will give you the tools to get through undetected. Horror stealth games are probably tougher still, as you want the player to fear what they’re hiding from so can’t be too forgiving and also want them to feel like they could be caught at any time without becoming frustrating. In Nightmare tries to tackle this but doesn’t get the balance any where near right. 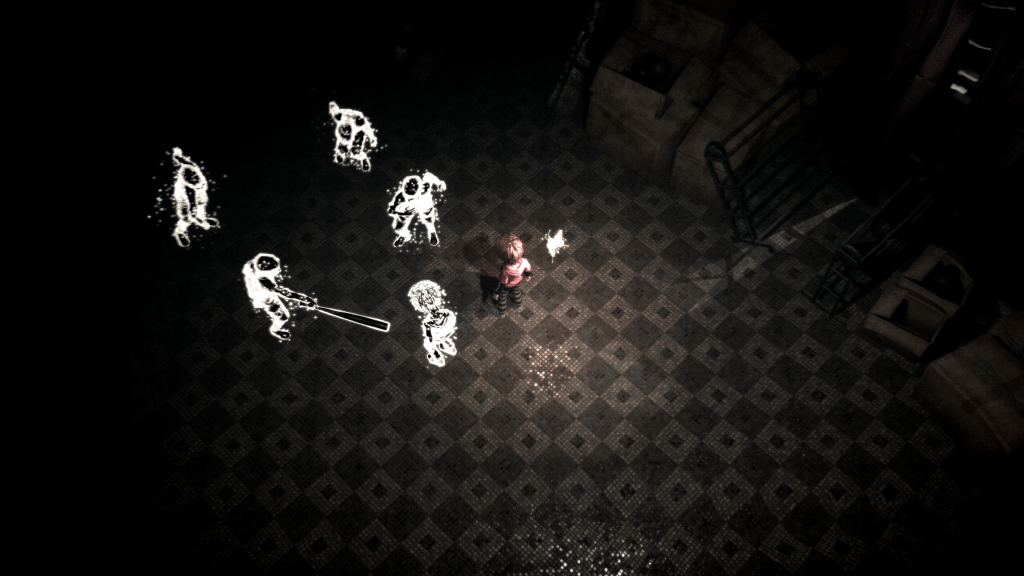 You play as Bill, a child who has fallen into a coma. The game takes place in his dreams, representing different aspects of his, seemingly awful, life. As you interact with certain objects you’ll get flashbacks to key scenes but there is no dialogue, you’ll just have to piece together what is happening through the character model’s movements and letters that you find strewn about.

You control Bill from a 3D isometric viewpoint and primarily run around searching. This can be for the way forward, items or objects to interact with. Pressing up on the dpad will give you your objective and generally point you in the right direction but if you encounter a puzzle room then you’ll have to figure things out for yourself. 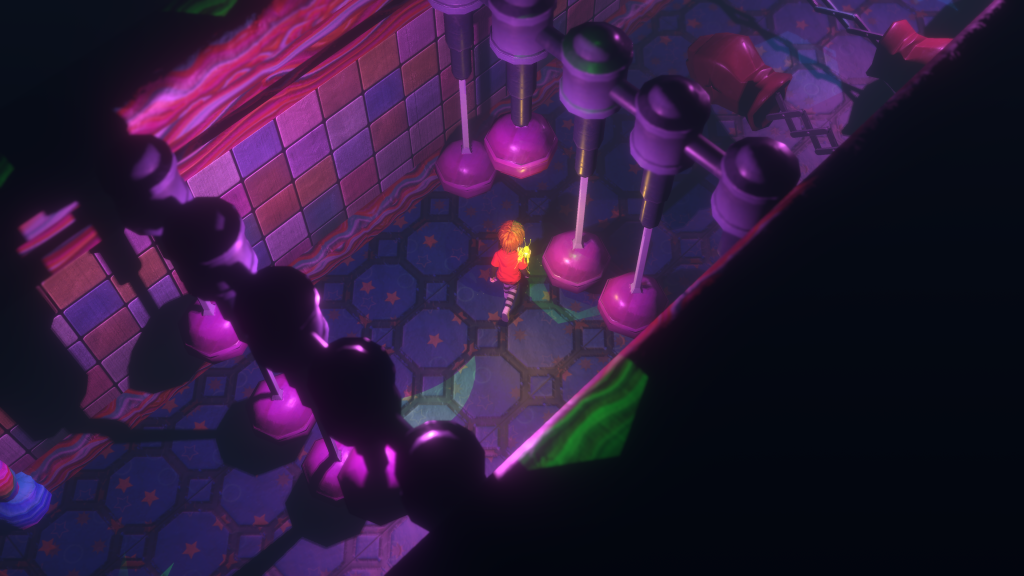 Puzzles come in many forms and are the best bit of the game. Some are relatively simple but other times you’ll enter a room and have no idea what to do. You could call that frustrating but the thing is I always managed to solve them, so there’s a fine line that it walks between infuriating and difficult but fair puzzles. There’ll be clues around the room, you just need to pay attention and realise that they are hints and not just for decoration.

Unfortunately, as mentioned in the opening paragraph, there is another major element to In Nightmare. Monsters will pop up every now and then to hinder you. Similarly to the puzzles they come in many forms, sometimes requiring you to avoid them, other times to outrun or even fight them. At times you’ll just have to get through an area and at other times you’ll need to complete an objective whilst staying safe. Most commonly you’ll have to avoid detection or they’ll make a beeline for you and one hit kill you. 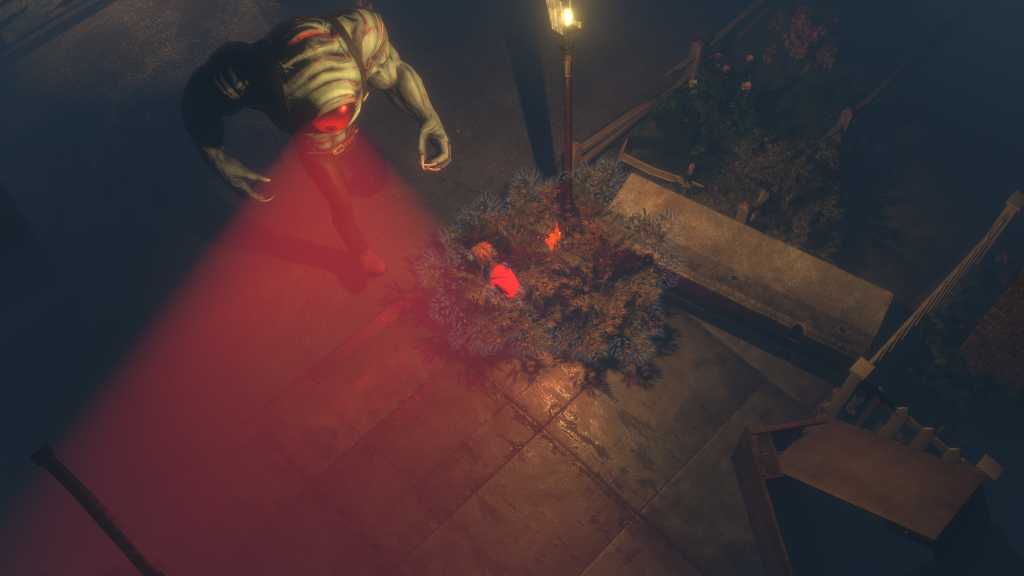 If you do get caught then you’ll generally just restart at that section but the problems come in many forms. Firstly is the camera. The viewpoint is quite close in and obscures your view so an enemy can be feet away from you and you won’t be able to see them. Bill has a butterfly that accompanies him called Bitki who you can use to ping the environment to detect enemies and you can move it beyond the edges of the screen to look ahead but it’s a clumsy fix for an issue created by the camera. Bitki can also help reveal invisible items and hidden areas which will normally lead to collectibles which upgrade its abilities, which otherwise require consumables to prolong their limited use.

Another issue is the effect which obscures your screen as you get close to the monster. It’s a pulsing effect which makes it tough to see what’s going on and makes it difficult to see hiding spots when they do enter your limited viewing space. The third issue is unpredictability. This combined with the viewing angle means the majority of the sections with monsters are trial and error. Hell, even if it’s not monsters and something else that will kill you (there is a section with poison gas) you’ll be dying over and over as that’s the only way to prod yourself through, you can’t predict where death will come from or where the next switch you need to hit is. 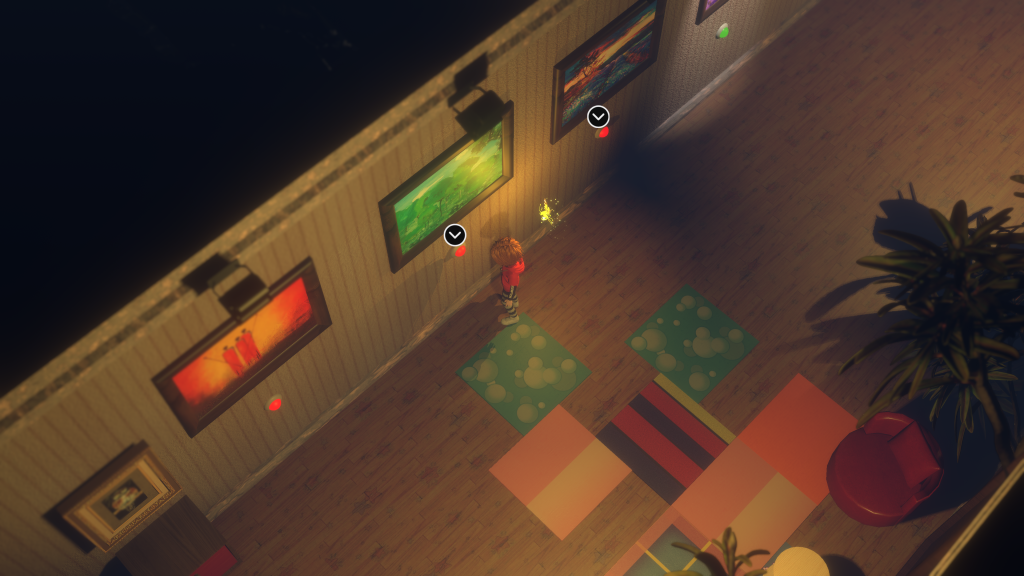 It’s very poor design and it rears its head very early on. There’s a section where you’re getting chased by a shadow that will kill you if it catches up. There is a note before it telling you to run so I knew I’d have to run away on the next section but even still the shadow moves so fast that when I ran into a gate which required me to hit a switch to progress the shadow was on top of me before I could notice, react and do it. There are multiple switches after that and as you don’t know what is coming up you just die every time before eventually making it through because you’ve memorised where you need to go. This is the first time the shadow appears, which you’d normally expect would mean it goes easy on you to introduce the concept but not so in In Nightmare. This happens throughout.

That’s why the non-monster scenes, generally involving puzzles, are the better bits of the game. I’d still argue they aren’t great but not having to deal with monsters, not because they’re scary (the game isn’t) or stress inducing but because they’re infuriating, is a form of relief. Even in these sections there can be issues, especially if there’s any jumping involved. You’ll generally have to jump over death pits and this is one of the worst jumps I’ve ever experienced. 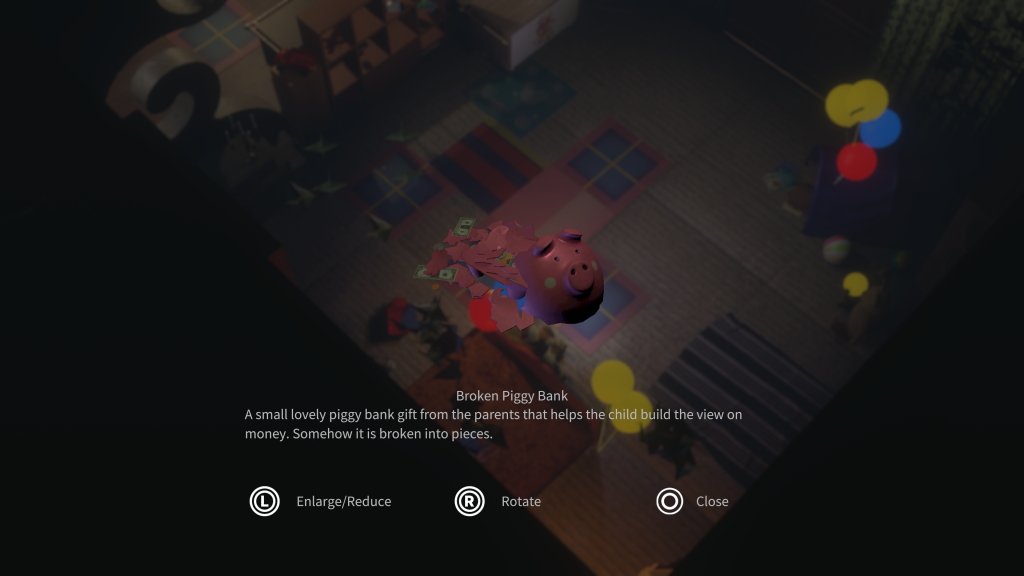 Add to that the letters you find being awkwardly translated, with spelling and grammatical errors on top of them reading the same whether they’re supposed to be from the perspective of Bill (a child) or any of the adults that treat him poorly. The frame rate is also awful on PS5. Inconsistent to the point of almost making you feel ill at times. They are working on it but the game has been out a week and it’s still there at the time of writing. On top of that the game hard locked my console on one occasion which wasn’t fun. Especially as I had to repeat the section I was most of the way through.

Visually the game looks quite nice. The character models for the monsters are a little stiff but from a design perspective things look decent enough. Some of the imagery is more interesting than others but looking at images drew me to review the game in first place. Unfortunately within the prologue you know there have been some poor gameplay decisions and the game never gets away from them. 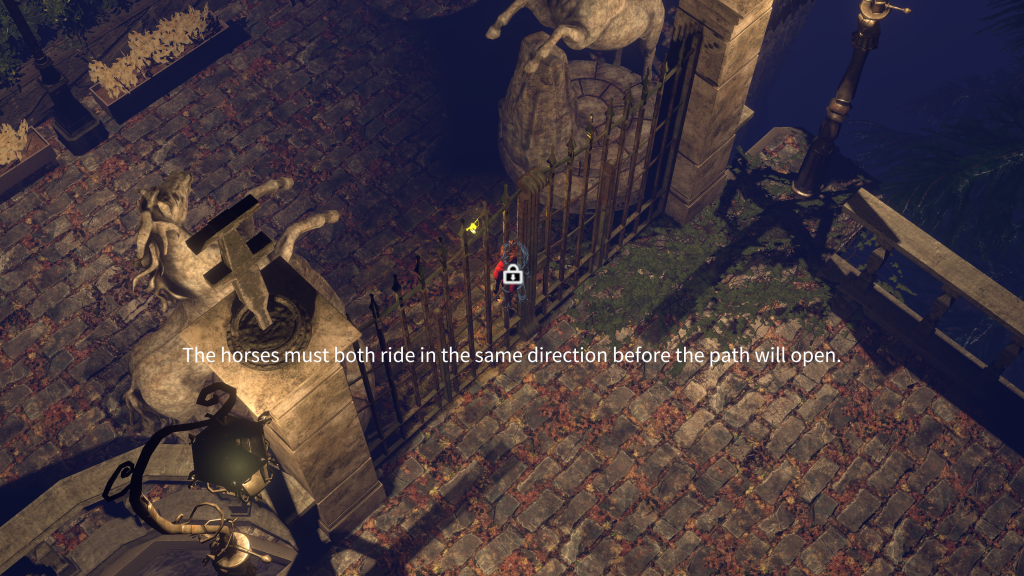 In Nightmare makes some key gameplay choices and suffers for it, or rather the player does. The hide and seek elements are hampered by the camera and frustrate with their trial and error nature. Some of the puzzles are interesting but they are ultimately bookended by monsters which make the game a real chore to play.

In Nightmare
4 Overall
Pros
+ Some nice visuals
+ The odd puzzle is a difficult but fair head scratcher
Cons
- Core gameplay of hiding from monsters is never fun for many reasons
- Frame rate issues from the off
- Terrible jump
- Story is ham-fisted, with grammatical errors
Summary
In Nightmare has a decent idea at its base and some nice visuals but the fundamental gameplay makes too many missteps to make this one worth playing.

One thought on “In Nightmare – PS5 Review”