You’d think by now that the template for console tennis games would’ve been fairly well defined. For every semi-realistic Virtua Tennis there’s been a Sega Superstars Tennis or Mario Tennis Aces to offset it. Unfortunately, in the case of Tennis World Tour 2 from dev Big Ant Studios by way of publisher Nacon, they’ve gone away from any sort of arcade fun.

You see, TWT2 is the sequel to the critically panned 2018 release Tennis World Tour. We half wish we’d known this in advance as it’s clear that not a great deal has improved since then. You see, TWT2 has gone the route of dry simulation and as such struggles to be a source of much fun. Try to play this like Virtua Tennis and you’ll struggle to win a point, let alone a match. Our first attempt at an exhibition match didn’t end too well. We lost without winning a single point. 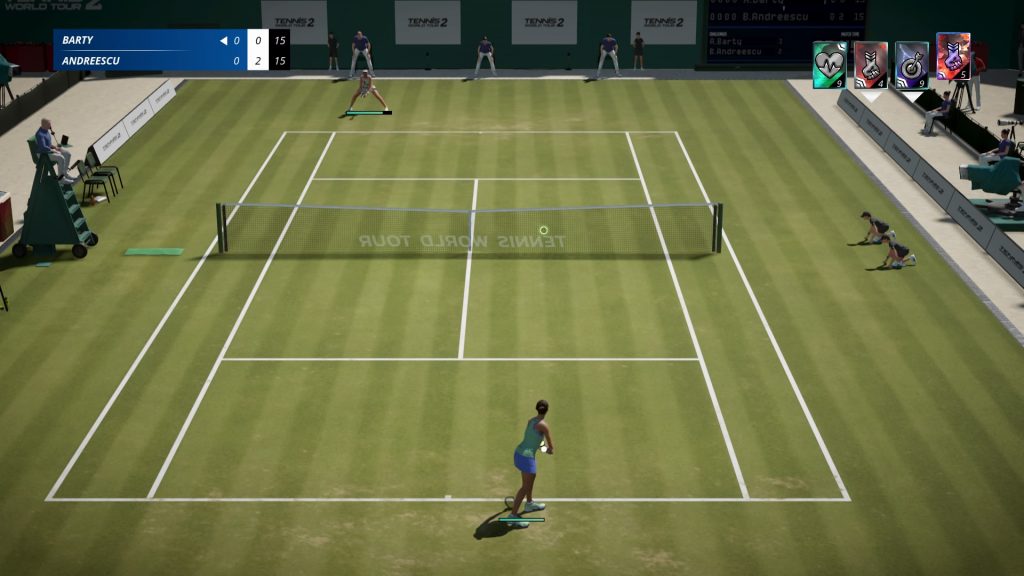 So we dutifully tried to make our way through Tennis School to perhaps ply our trade a little. But we couldn’t complete one of the tutorial modes due to the fact that TWT2 failed to register a well-timed shot that was actually on target. Subsequently we couldn’t get the satisfaction of a job well done, nor complete that stage of the tutorial.

It doesn’t help that the main career mode has you create a player with no real nuance. Your base stats are frankly, not very good. As a result you’ll be outmatched often and lose many many games and subsequently matches. Moreso if you go with the express route through career mode when you can drop out of a tournament by simply losing a single game. It doesn’t help that the wayward controls make it all but impossible to complete training and improve your stats. A catch-22 of mediocrity then. 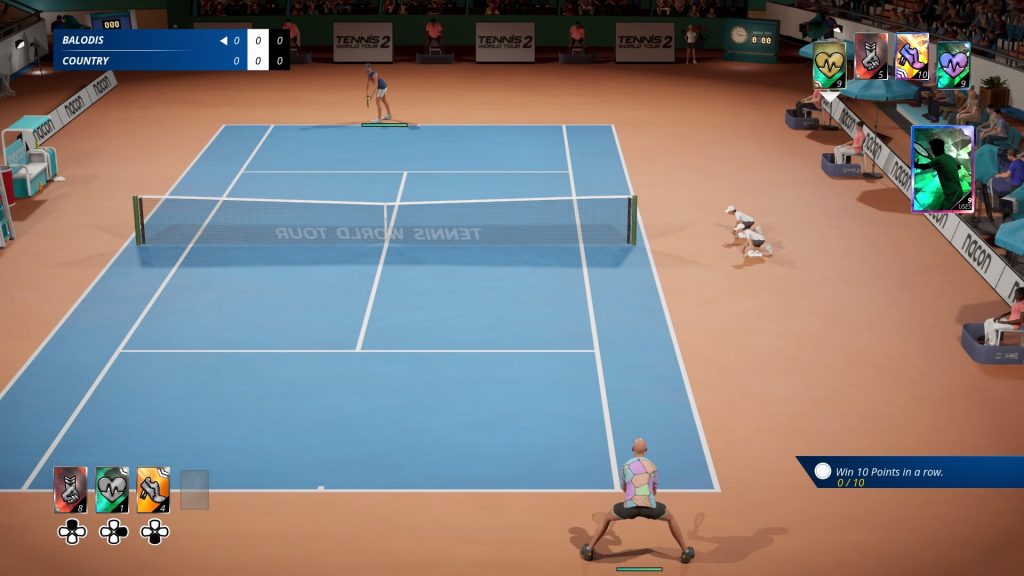 Not even holding serve gives you much more of an improved chance to win a point. Player movement and control refinement seems stilted at best and downright noncompliant otherwise. There isn’t any nuance to the controls, we didn’t seem able to direct our ball in the preferred direction.

There’s a store in the game that you unlock cards that modify traits during gameplay. Stuff like extra power or accuracy particular shot types. But to be honest this feels underutilised. Thankfully the ingame currency is earned purely in career mode rather than having to be paid for in actual cold hard cash. Fair to say that were this any other publisher than Nacon it’d be an MTX nightmare. 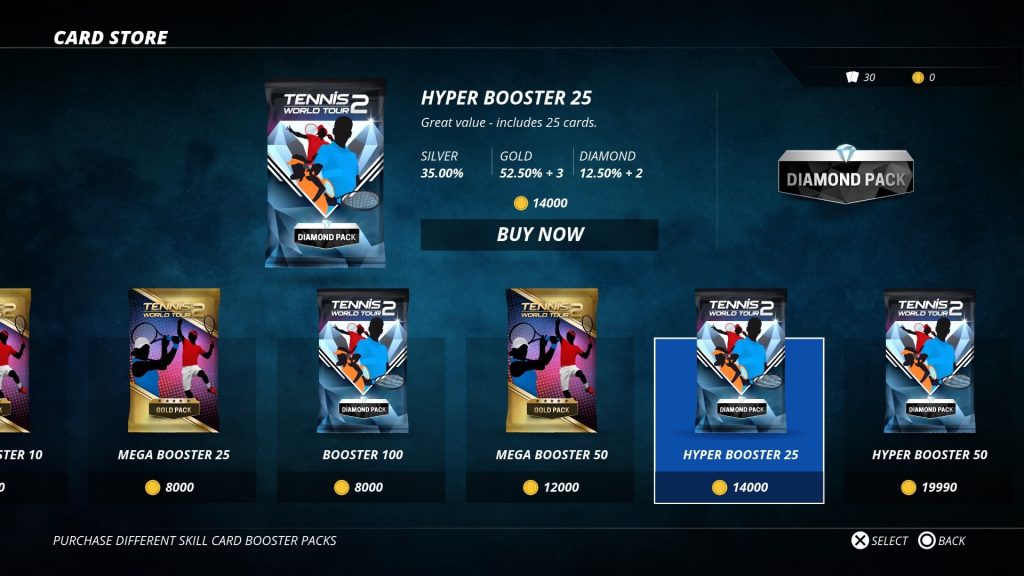 The cover athletes are Roger Federer and Rafael Nadal. You’ll be able to play as them in the arcade mode, and we expect that if you were able to increase your world ranking sufficiently you’d eventually face them. Federer’s likeness is pretty much spot on, but Nadal looks like a wonky wax model that’s been left in a hot window. It’s all moot anyway as your progression in career mode is pretty much impossible. Unless you hate yourself and somehow manage to persevere.

One plus point regards career mode is the fact you can complete challenges in matches for extra currency. This is all well and good until you get a challenge for winning, say, twenty five consecutive points. Fine if you’re in a five set match, but not so great if you’re in a single game. The challenges don’t seem to scale depending on context, appearing entirely random. 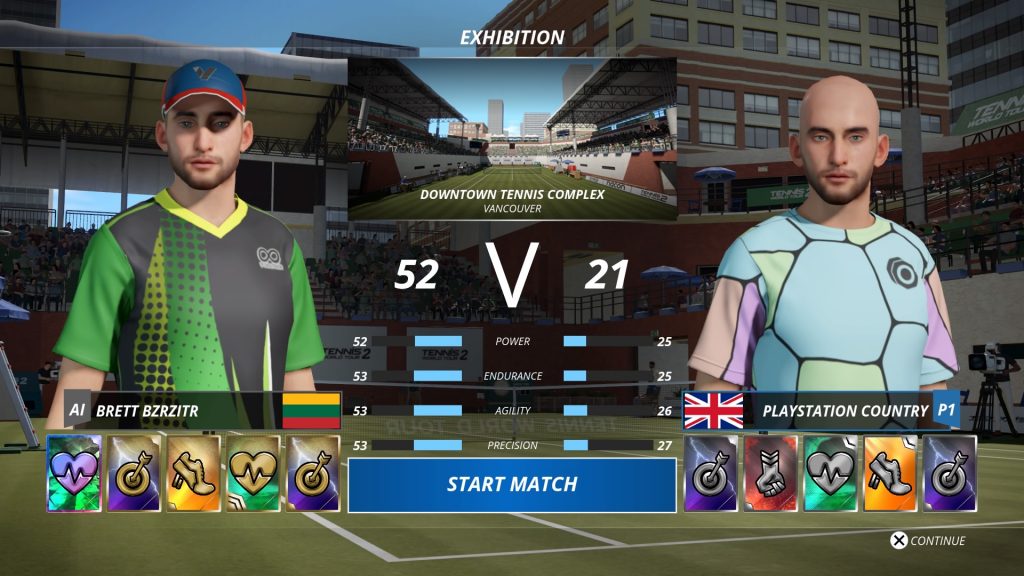 A particular oddity we noticed during the offseason in career was the ability to change your face with the option of plastic surgery. At a cost of 2,000 coins this seems entirely pointless, especially when the character customisation leaves you with weird variations on a theme.

Us, we’re off to play Virtua Tennis on our Dreamcast. That’s a tennis game worth playing and Big Ant could learn a thing or two on balancing gameplay against realism from it. Instead, what you have in Tennis World Tour 2 is a sequel that fails to learn the lessons of its progenitor. It makes the same mistakes and as a result, we can’t recommend you go for it. Heck, playing Virtua Tennis via the tiny VMU screen on DC is more satisfying.

Tennis World Tour 2 is a deeply flawed sequel that fails to make up for its woeful predecessor. It’s barely a tennis game, more an exercise in frustration. At least it doesn’t have microtransactions anyway. We played it so you don’t have to. We might be able to forgive it if you had cues as to optimal timing, but if there are, they’re so well hidden as to be invisible.

Summary
Tennis World Tour 2 is a great example of how not to make a tennis game. Virtua Tennis on a Dreamcast VMU gives a more satisfying experience. It fails wholesale to learn the lessons of the game it's a sequel to and isn't much fun to play. At least there's no microtransactions.