Stubbs The Zombie in Rebel Without A Pulse to use its full title, is a port of the 2005 original XBox / PC game from the now-defunct Wideload Games and Aspyr Media, the latter handling the port to modern consoles. We played it sparingly at the time, though we’re not entirely sure why. Perhaps it was down to the fact that WOW had its claws firmly embedded in this reviewer’s gaming time. We played it enough to realise we loved it dearly though. 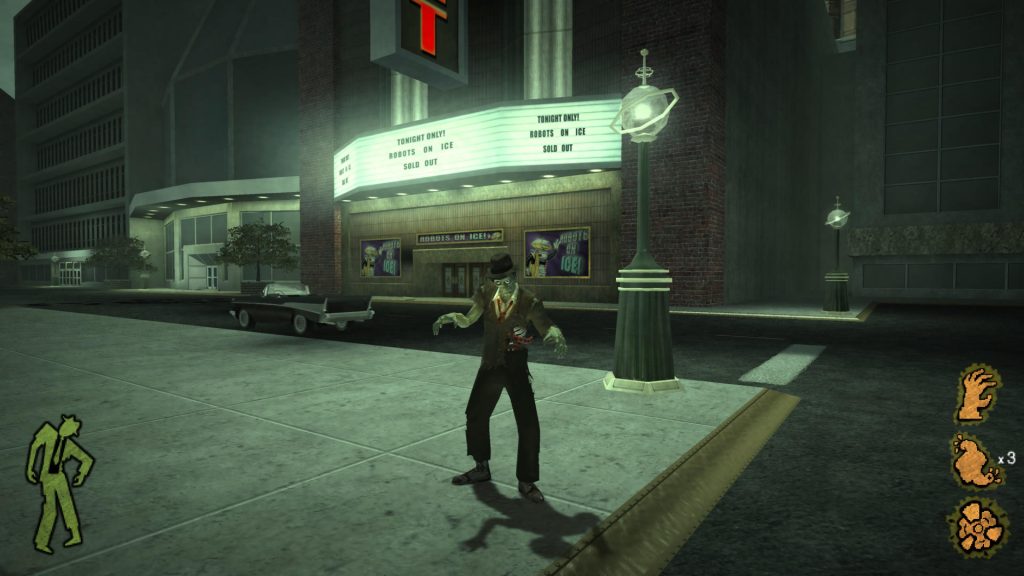 This is very much a remaster with the original version shonkiness and modified Halo engine looks intact. It’s all uprated for high-definition consoles at least, but still retains the charm of the original game. There are very few concessions to modern consoles here barring the 60 fps framerate and trophies. The original Stubbs The Zombie was notable in that it licensed Bungie’s proprietary engine, no huge surprise at the time given the fact Wideload was founded by ex-Halo devs. 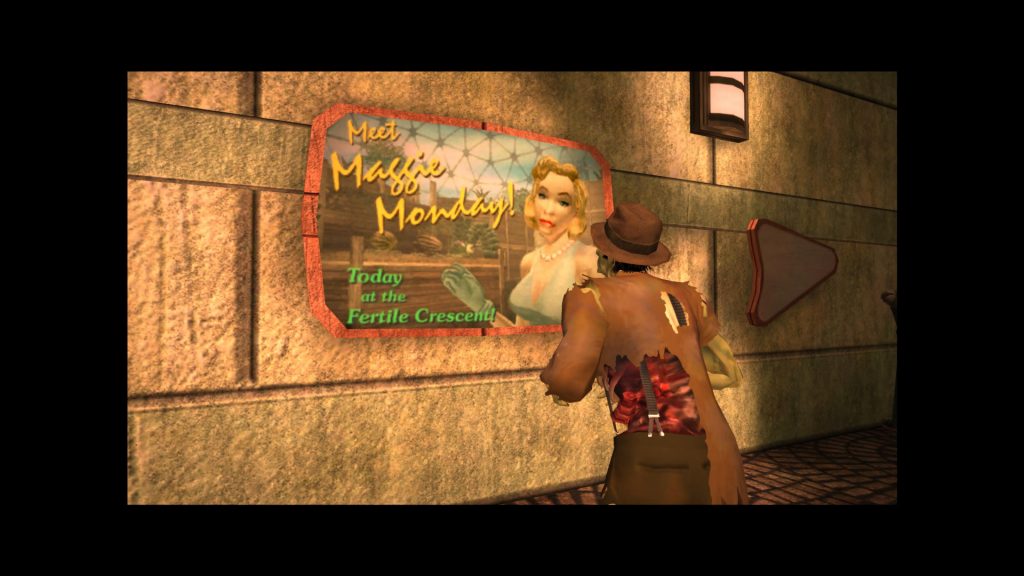 Things have come full circle here, with us reviewing the game some ex-Wideload guys did next late last year, the flawed yet likeable Ray’s The Dead. Now we get to play where it all began on current consoles.  Just as it did in 2005, Stubbs’ journey begins in Punchbowl, built as it is on top of his final resting place. His primary motivation is to find the girl he loves. Only he’s a bit dead. You’re gently introduced to key mechanics with a light tutorial and a cheerily oblivious helper robot, capped by a trophy for your trouble. Controls are mapped well to the Dualshock 4, with

being eat brains at the outset. 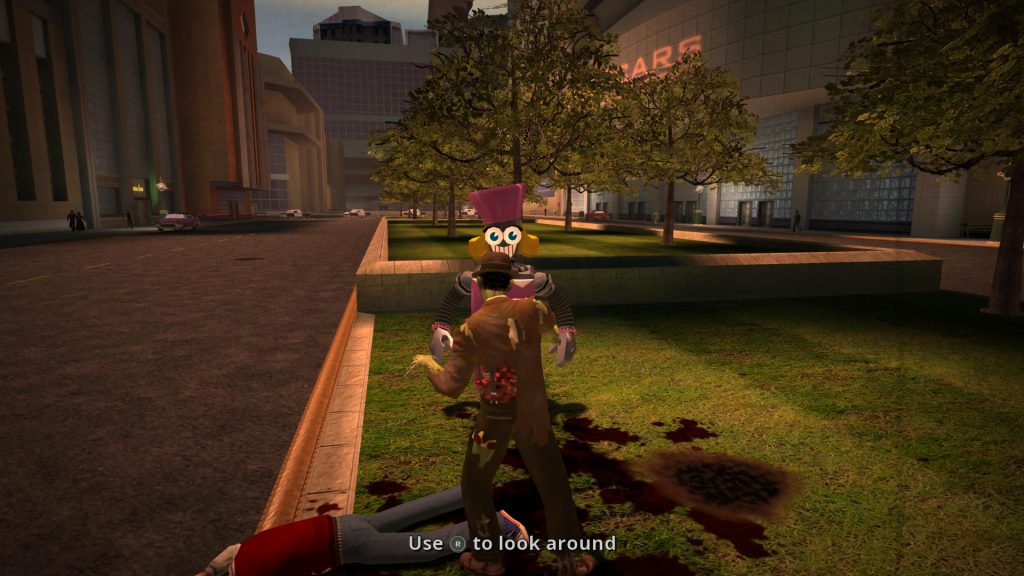 As you progress, you’ll add extra moves, the first being a grenade that is derived from your intestines. Initially you’ll have just the one to throw, but as you eat more brains, you’ll gain more. The pick of the additional abilities is the hand you can detach and mind control enemies with. We were reminded of Mindjack on 360 with the same mechanic, though given the timelines, that was probably a lift from Stubbs The Zombie‘s original incarnation. 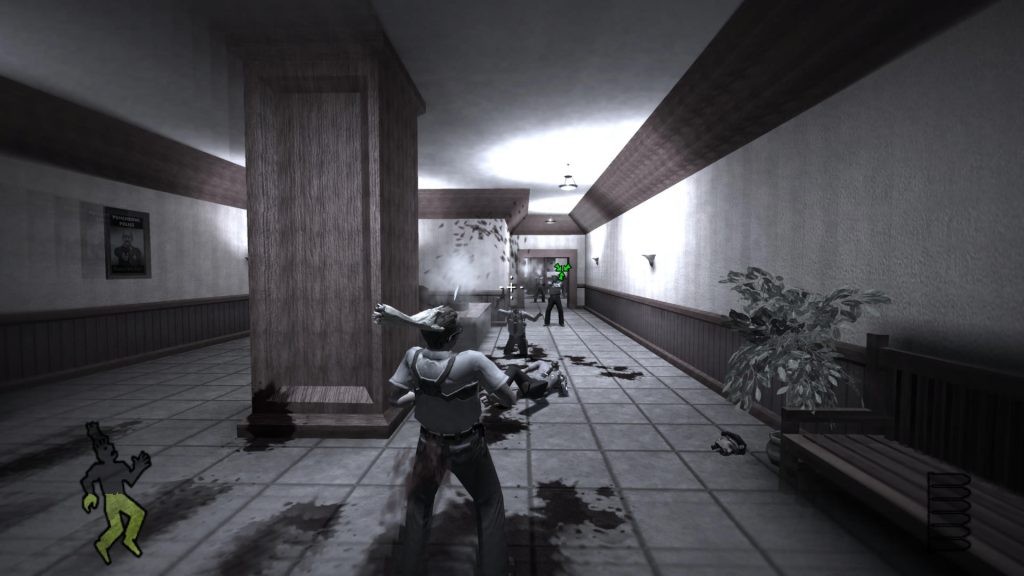 Rather than weakening an enemy to render them susceptible to mind control like in Mindjack, here your hand can scurry off and scale walls to find a quarry. Particularly useful for dealing with tricky snipers, though annoyingly you can’t zoom down the scope when you take control of that enemy type. In addition, the hand scurrying can’t help but remind us of Thing from The Addams Family. 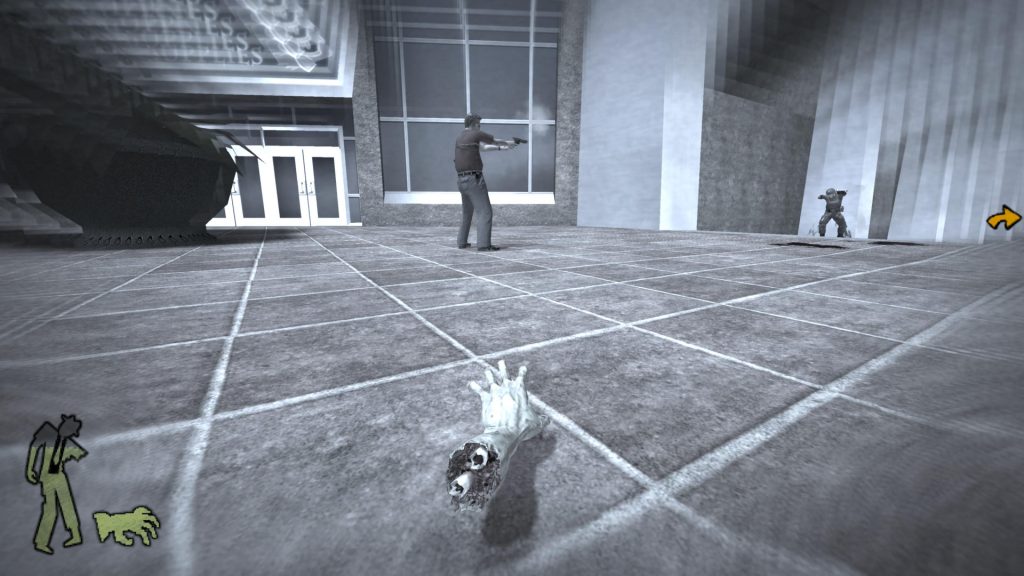 If you’ve put as many hours into the first two Xbox Halo games as this reviewer did, little things like random checkpoints saving when you least expect them or have a need for them will be familiar. Just as vehicle controls will be immediately familiar to those that drove the Warthog and Scorpion tank. Additionally, sometimes it is preferable to peg it past a large group of enemies and seek a checkpoint rather than a prolonged firefight. Annoyingly though, sometimes a checkpoint won’t trigger and you’ll have to retread lots of ground if you die. 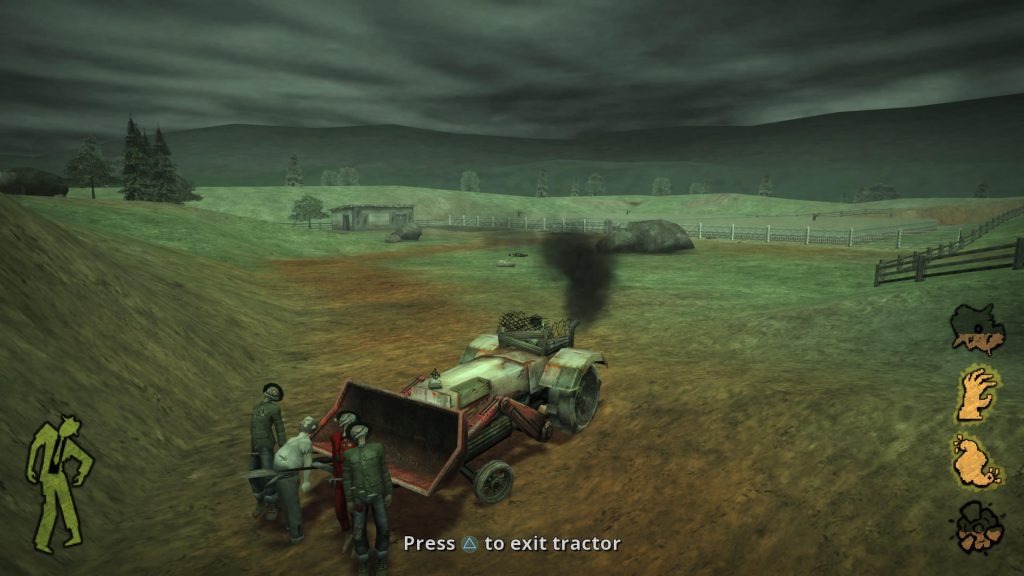 Mechanically, this is very much the same game from 2005 so those gamers expecting a bang up to date experience are bound to be a little disappointed. Fuck them though. You don’t play a remaster expecting a bang up to date experience. Just like Halo, if things get a bit too fraught, you can hide out of sight to allow your health aka shield to replenish. You’ll still need to chow down on brains to recharge your special abilities, so there’s only so long you can hunker down. 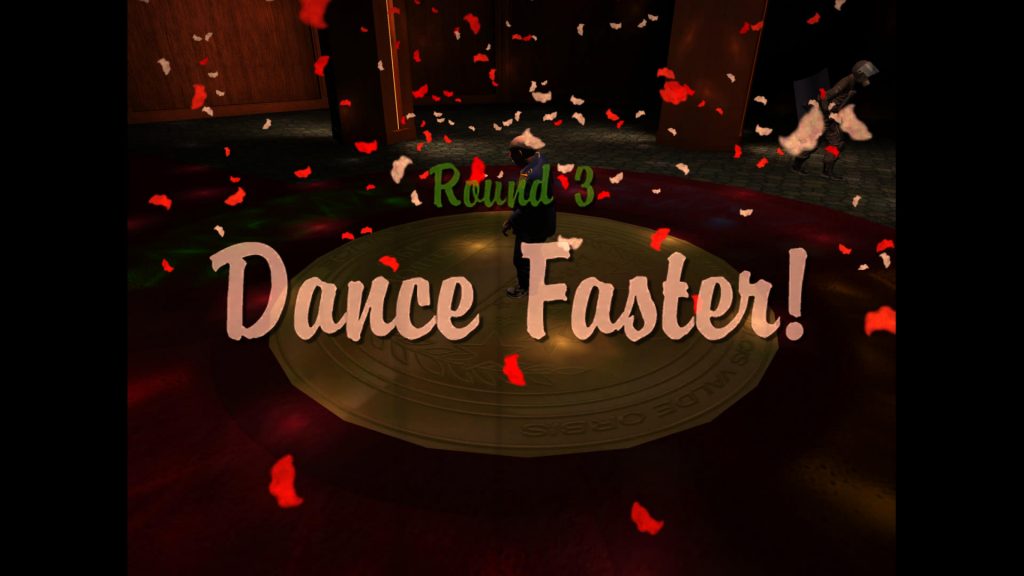 The campaign is refreshingly short at a mere twelve levels, remember when games weren’t massively long with collectibles up the wazoo? Some levels are longer than others, so the trophy to complete the campaign in a mere two hours is a big ask, not to mention finishing the game on the hardest difficulty.

Stubbs The Zombie can sometimes be a little glitchy, notably one boss fight led to him getting caught in the scenery and making defeating him far easier than it should’ve been. One level where we had to direct our zombies to perform a specific task needed a restart to make the encounter work as it should have, we expect it was no different originally though. 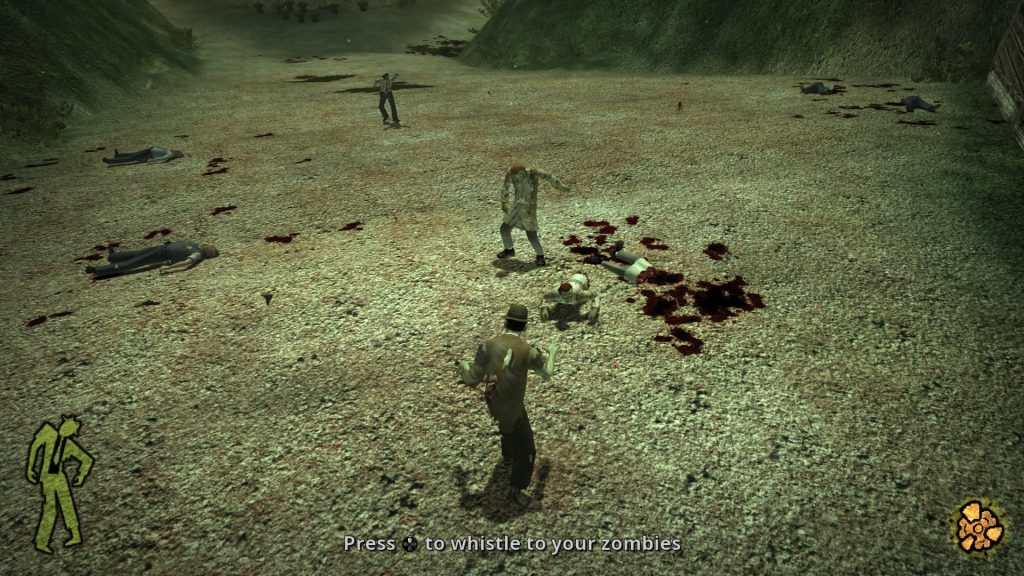 This pales into comparison with the unexpectedly frequent crashes we experienced while playing on PS5. We’re not even sure what triggered the crashes, but they happened at least a half-dozen times during our playthrough. Hopefully Aspyr nail down what’s causing the problem and patch it, but it’s not that catastrophic unless you’re a streamer we guess.

In conclusion, Stubbs The Zombie in Rebel Without A Pulse is a fine remaster, warts and all. It’s the best way to play this fun game without the expense of an original Xbox and an increasingly rare disc copy. Yes, there’s the technical issues and the occasional crash, but it’s none the worse for it. Now if you’ll excuse us, we want to nail that dance-off.