The Playstation Talents initiative has managed to steer itself away from some dubious quality. Whilst I do appreciate student projects will have limitations, these are commercial products that are sold for money. The latest to cross my path is TAPE: Unveil the Memories. Coming from Madrid’s Black Chili Goat Studio, this horror title looks to add it’s own touches to some familiar tropes. 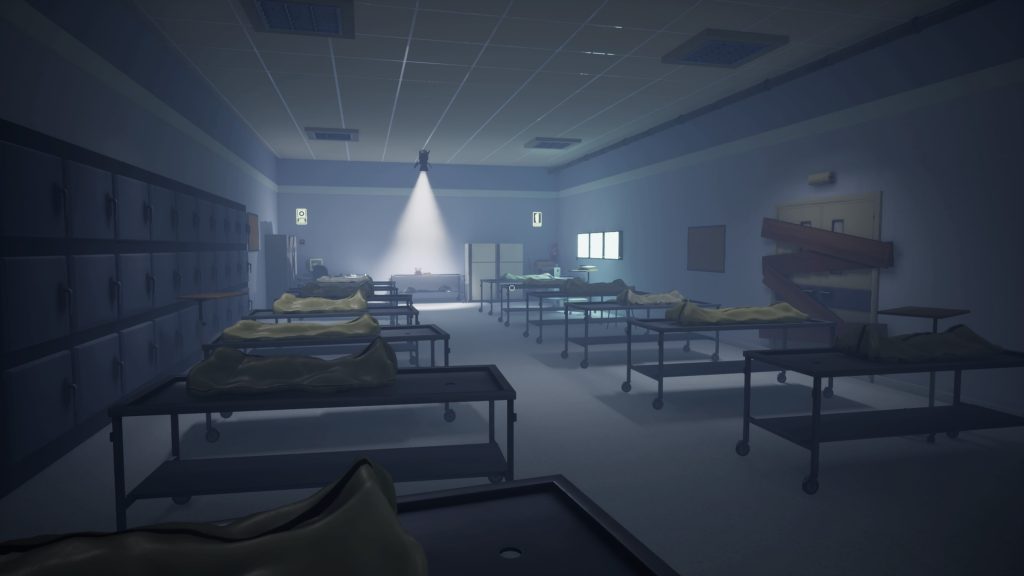 The game sees you inhabit the varnished nails of a young girl named Iria. Not a lot is spoken up front but she’s a young girl clearly with a collection of B-movie VHS tapes. Her father directed most of them but he’s clearly in some sort of trouble. The family history is at the heart of the plot and it’s been quite interesting to discover. There’s twists, turns and some unreliable narrators to really cast doubt on the truth.

TAPE: Unveil the Memories‘ story uses a number of different tricks to play out. First off, you have Iria who has her own recollections of her early life. As she completes puzzles and discovers more rooms, more and more is uncovered to her. She’s spoken to several times from her father via tapes you can find throughout the game. Furthermore, you can find notes, drawings and scripts that each add more context to the plot.

It’s not as convoluted as it sounds. It does well to portray an incredibly horrific family environment and does enough to cast doubt on Iria’s own memories. There’s misdirection and intrigue aplenty but you can also get the broad strokes if you miss one or two notes. Environments shift and contort to match a nightmarish, otherworldly setting and the whole tale feels like something playing out within Iria’s psyche. 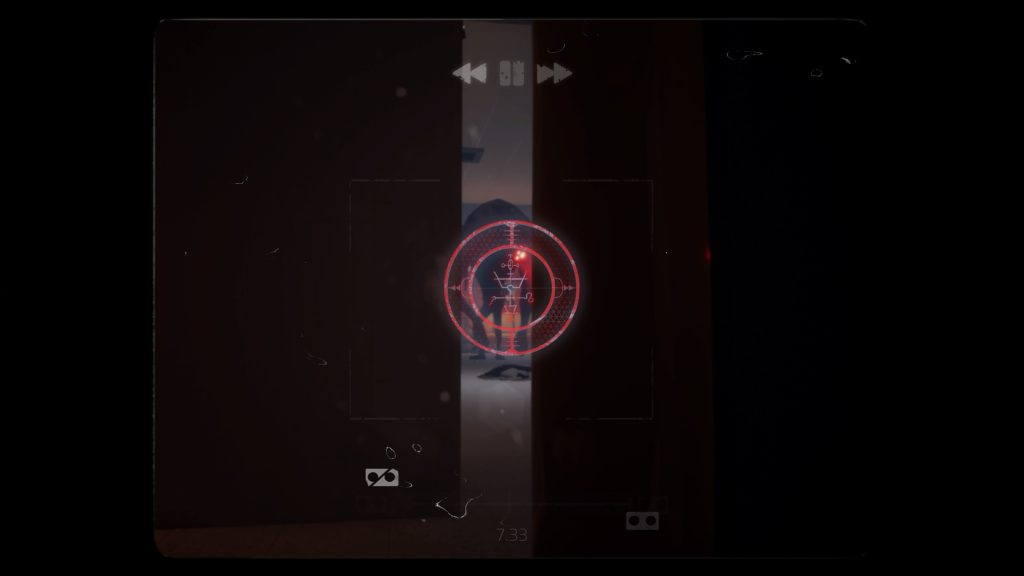 Gameplay does operate on two basic levels. You’ll mostly spend your time solving puzzles with your Super8 camera. This can be used to rewind and fast forward time. It doesn’t effect the world as a whole but certain elements will be open to coercion. It can be used to open or clear doors, fix broken things and, for a large part of the final act, some platforming.

It’s a nice gimmick that works well, for the most part. In fact, I was enjoying the puzzling until the extended platforming sections closed out the game. It’s not an especially long commitment but these tasks can become much more involved and slow the pace of the climax down substantially. Using the camera can feel clever but there are moments where moving time back and forth can become a fiddly experience.

You’re not entirely at risk of running out of time. Puzzles usually have a rocking horse or something else to add time back on the clock. Moving back and forth between rooms can feel like occasional busywork and it does hamper the game’s pacing unless you really have a solution in mind. That said, I applaud the idea and it almost held it together entirely. 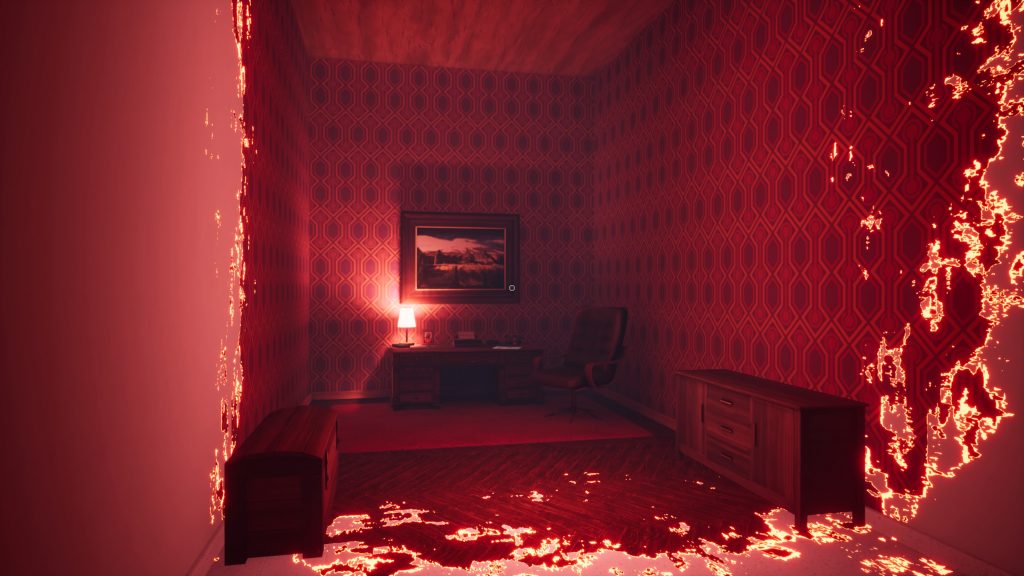 The other side of the coin involves a monster. This hulking brute pursues Iria at pre-determined points of the game. You can’t really face him head on but you can sneak and use stealth to your advantage. Most of the game’s rooms have a few hiding spots but being caught results in instant failure.

This can lead to frustration but at least the developers have handed out a couple of conveniences. Your inventory is saved so, should you be caught after finding a crucial item, you’ve not lost that progress. Any items you’ve manipulated with the camera will also retain their position. It does make death less of a problem and, if you’re so inclined, you can force your way through to the next checkpoint.  Whilst these touches are welcome, it does lead to a game of cat and mouse with no real stakes.

The monster largely behaves consistently. He patrols each room and only gets alerted from sight and sound of you. He lumbers slowly enough but can outrun you in a chase. His gaze does samage you but not without giving you time to escape. You can find solace in other rooms but he gains a teleport to follow you in the later chapters. It keeps you on your toes but can feel like an unfair advantage, if you’re not expecting it.

Tape: Unveil the Memories has a very interesting look. Familiar tricks are on hand to distort and warp the world around you and it still remains a clever slight of hand. It’s not as polished or bespoke as a bigger title but there are some memorable moments. There’s some great use of lighting to frame scenes and give each area a unique aesthetic. 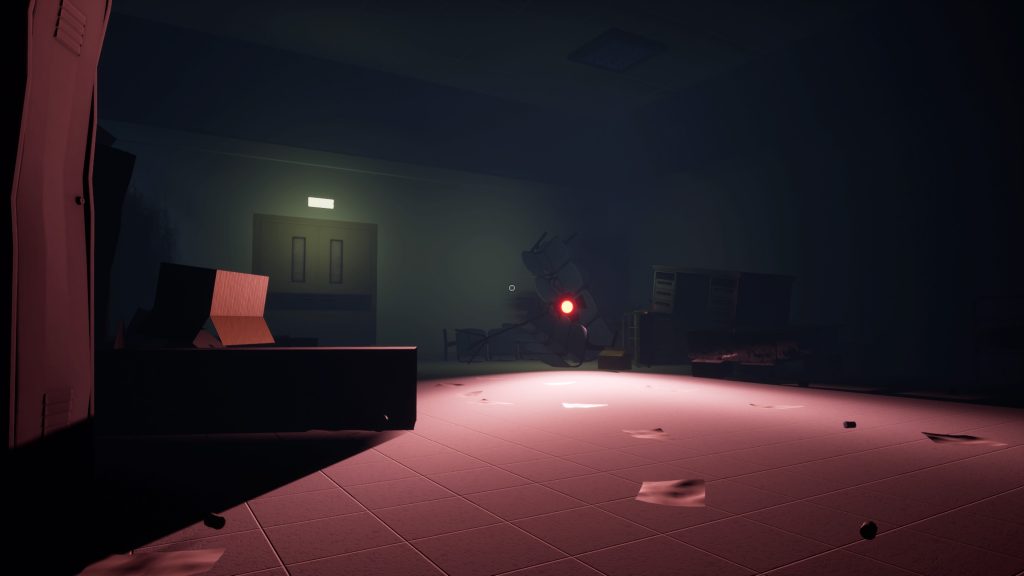 There are definitely situations when the cheapness shines through. Some assets look recycled and there’s some basic font work. There’s also a couple of translation errors that stick out against the rest of the text. On top of that, the monster loses some of its stature when the environment is well lit. Having an ominous red beam chase you through rooms can be terrifying but the model, in the cold light of day, loses some of the mystique. His intimidation gives way to goofiness, although he does make some spooky sounds. You know when he’s close from musical stings so you can really gauge his position when you’re cowering in a corner.

Whilst it’s still rough around the edges, there’s something to hold onto with TAPE: Unveil the Memories. The plot is suitably bleak and the presentation of a shifting environment never fails to impress me. Whilst it does look cheap at times, there’s some good instances of direction and lighting. It’s a shame the late-game platforming slows proceedings down.

TAPE: Unveil the Memories
6 Overall
Pros
+ Smart presentation with some clever transitions.
+ A decent story with plenty of misdirection and intrigue.
+ Stealth has a couple of convenient tricks to keep you going.
+ The time rewinding is a neat way to solve puzzles.
Cons
- The monster really lacks presence when the lights are on.
- Some of the longer platform sections can really saddle the pacing.
- Has an inconsistent look that makes some areas feel rather bland.
Summary
TAPE: Unveil the Memories is a game that does occasionally show moments of class. The time rewinding gimmick does lead to some interesting puzzles and the plot is wonderfully grim. At times, the presentation manages to surprise me with distorting hallways and clever transitions. Unfortunately, it's also saddled with some cheaper elements and a monster that isn't that intimidating. Unfortunately, the pace bogs down in the final act.