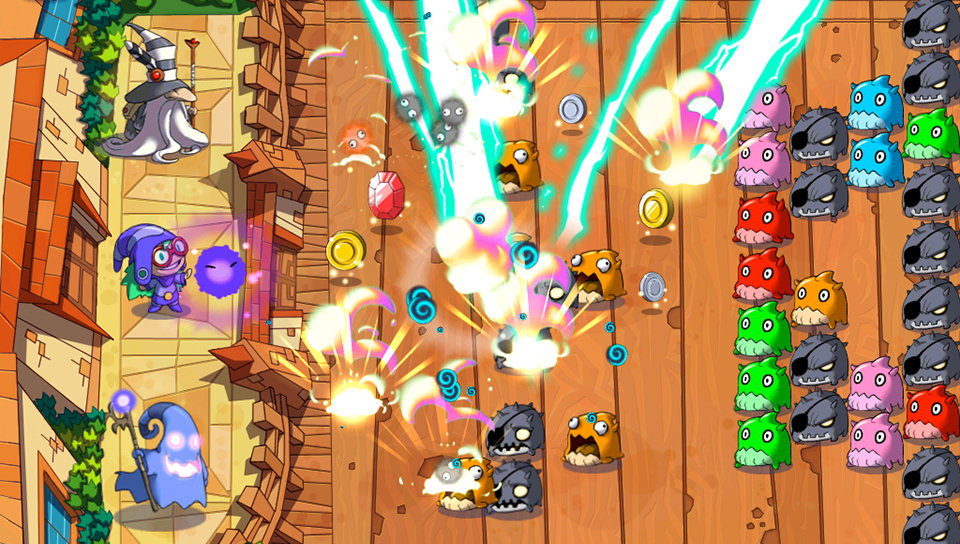 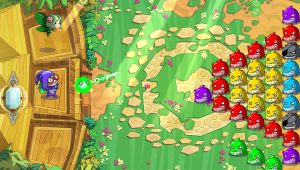 Supermagical is a match three puzzler for the Vita (and PS3/PS4 but those aren’t showing up on PSN yet) and features a young witch called Nina who has accidentally freed her seven evil sisters from the underworld and is now tasked with recapturing them all across seventy or so stages.  The format is much the same as Puzzle Bobble (or Bust A Move if you’re an old PS1 fan).  You aim and shoot puzzle pieces – not the usual gems, these are little evil creatures called Minix – and if you can connect three of the same colour, they disappear.  If this move isolates a group of Minix, they’ll be carried off of the play area also.

The game requires judgement but also some aiming skill as often you’ll need to bounce pieces off of walls to get them into place but, that said, the game isn’t particularly tough.  You’ll rarely fail stages but trophy fans will have their work cut out for them if they want to get all the stars (which are awarded by time taken) on every stage.  I don’t mind this though as it means the game is pretty accessible but caters for hardcore puzzle fans if they want to max out all the stages.

There are three game worlds to get through (sunny, snowy and a sky-based world) and the levels are a mix of regular stages and puzzle, timed and bomb stages which all play similarly but do require different approaches to beat them. 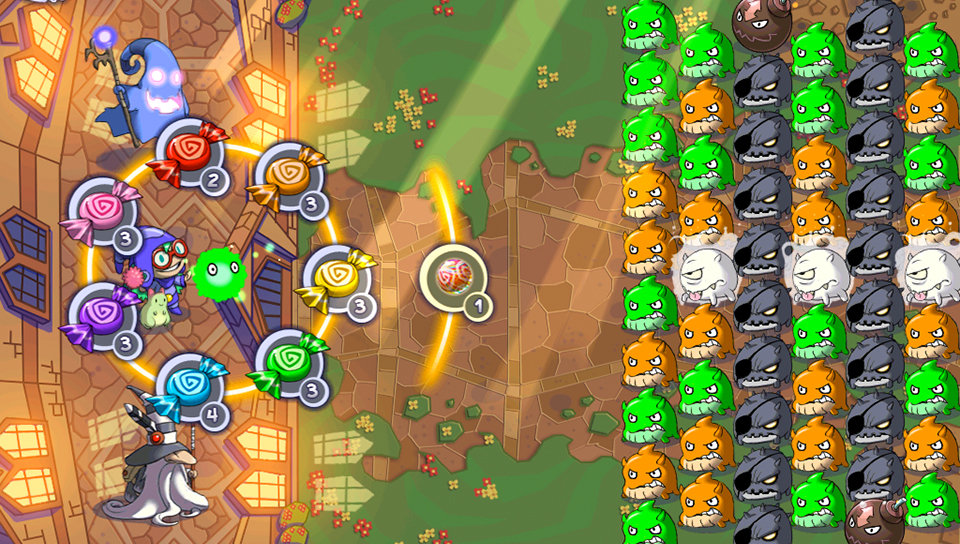 It’s all relatively simple when it comes to the gameplay mechanics and it works.  Everything is pretty slick (at least at first) and the horizontal layout suits the Vita perfectly.  Movement is controlled by either the analog or d-pad if you like physical controls but I tended to have the most joy sticking with touchscreen controls and they work relatively well as they allow for a lot of precision.

The game adds the now-mandatory complexity when it comes to support abilities and power ups though.  This is just how puzzle games are these days (it’s a relic of iOS gaming’s obsession with in-app purchases although there’s nothing to pay for here) and is a slight annoyance as there is quite a lot to consider.  You have candies (which allow you to switch the colour of the Minix you’re about to shoot), sodas (which allow you to use powers), ice creams and chewing gum (which both have screen-clearing abilities) and these are bought in shops, earned in game or awarded as part of a pair-matching minigame. 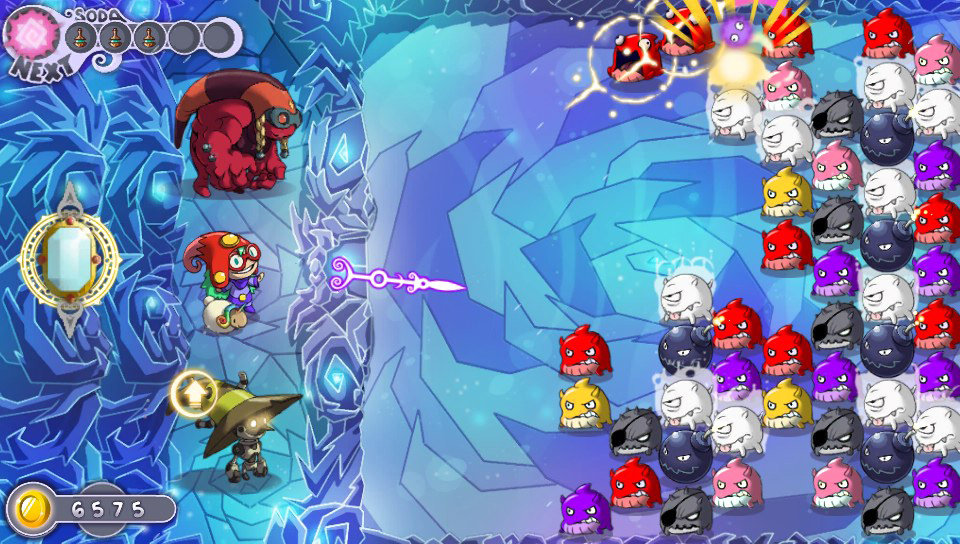 On top of that, the game tells you early on that there are spells to learn, hats and pets to buy and that additional powers can be upgraded but it doesn’t tell you how.  It becomes apparent that these become available quite far into the campaign but for a while you are wondering where the good stuff is at.  However, the powers and upgrades that you find are generally useful and fun once you’ve got them.

The gameplay is nice and solid and the presentation adds a level of character that these games don’t usually get.  It has lovely animation and good use of sound and it has that level of presentation that you got from Plants Vs. Zombies which is no bad thing at all.   Between that and the story, the game has a fair bit of charm to it. 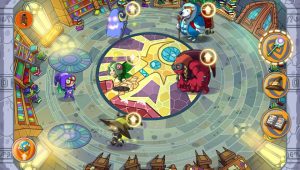 I was particularly loving playing this until the latter stages where the Vita, for some reason that doesn’t make sense, really started to struggle.  The frame rate dropped to silly levels and after a while the game can start to bug out.  I got to a point where the game slowed right down and then failed to give me another minix to fire off.  I’ve also had coins (that you tap to collect) get stuck on the screen across multiple levels and at one point the touch screen controls stopped working for one level.

Restarting the game seems to solve it though and, that aside, it is still playable and pretty cheap so I can’t be too mad but I’m always concerned by problems that appear to be a product of a lack of playtesting.  But there’s a workaround (thankfully) and it doesn’t take the shine off of one of the best casual titles on the Vita.

Supermagical
8 Overall
Pros
+ Fun gameplay + Addictive + Good upgrades + Enjoyable presentation
Cons
- The Vita can struggle in the later stages - A few too many upgrade mechanics going on
Summary
Supermagical is one of the better casual titles on the Vita and will see you burning through your battery once it gets its hooks in. Playable, charming and powerfully addictive, this is well worth the tiny asking price.