This week’s offering from Ratalaika is Sun Wukong VS Robot, a bite-sized Metroidvania style game from the relatively unknown dev team, Bitca.  Having just reviewed the brilliant Astalon, we were fully dialled in to this style of game and all the running, jumping, slashing and upgrading that it entails.   So how does this one compare?

Before we get into the nitty gritty, there’s the small matter of the plot which is all described in text.   You play as Sun Wukong, the Chinese monkey god, who has awakened to find himself in a mechanical maze that is being patrolled by robots and some strange creatures.  He’s also got a ‘mind locker’ on his head that he needs to remove and the only way to do that is to defeat the four robot bosses who guard each area.

This all plays in out in the classic 2D hack and slash style.  You move with the left stick or d-pad and jump with the

button.  Your primary sword attack is mapped to

while your special abilities, that you’ll discover in-game, are selected with the shoulder buttons and activated with the 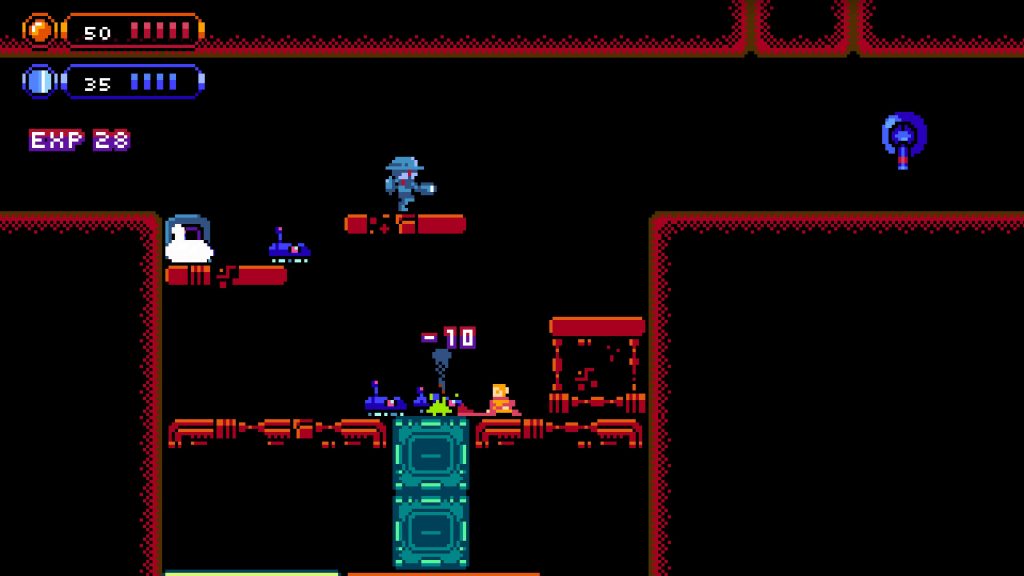 Pretty soon in you’ll meet your first foes who are easily dispatched with your sword but, contrary to Ratalaika’s rep, you’ll probably die pretty quickly.  While none of the basic enemies in the game are particularly difficult to beat, they can chip away at you pretty effectively.  Thankfully there are energy cells to pick up to regain your health as well as permanent upgrades to raise your maximum hit points.  The same goes for the energy that powers your special abilities.

These abilities are key to you surviving as they offer increasingly useful offensive attacks.  The initial bomb attack is a handy-but-clumsy distance attack, useful for taking out robots before they can attack you.  The laser attack uses more energy but gives you even more range.  Last up is the sentry attack with is a short-lived flamethrower that can offer weak but fast damage on closer targets.  It’s something of a boss-melter and becomes pretty useful once you find its upgrade. 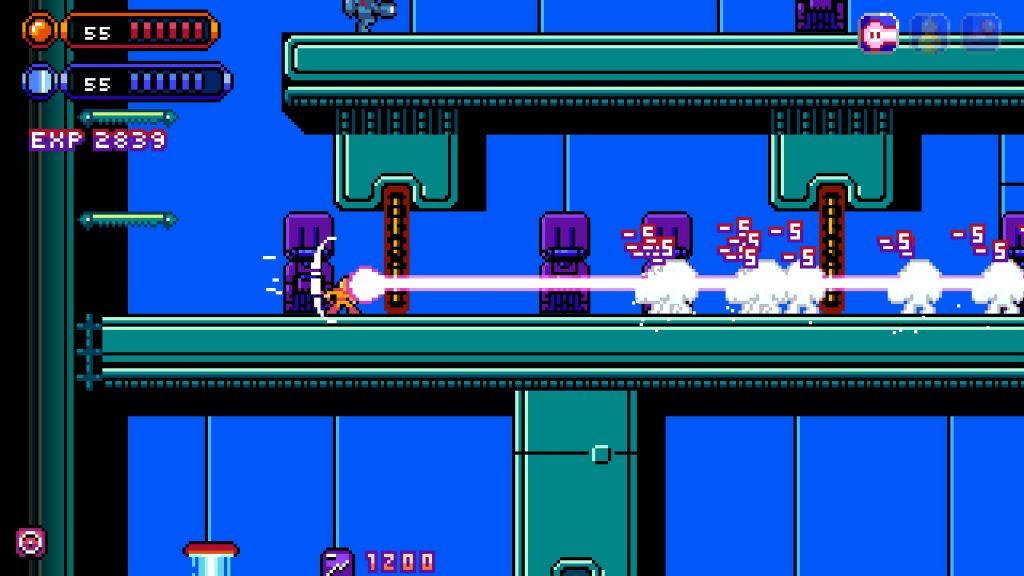 So really it’s just a case of exploring, finding those health/energy upgrades and also your new abilities before taking on the four bosses.  Now given how tricky the game initially seems, you’d expect the bosses to give you a particularly rough ride.  Well, this is half true.  On the face of it, all of them are set up to be quite tricky but some of the bosses regularly glitch out, making them very easy to cheese while the others do offer more resistance but are reasonably straightforward if you’ve got that upgraded sentry and your damage upgrade.

Unusually for this type of game, but not for the publisher, you’ll be done with it in an afternoon.  Well, actually, that depends on a couple of things.  If you’re wondering around and getting into scraps, you’ll probably die a lot.  The enemies in this game aren’t necessarily hard to kill but it can be tricky to avoid damage and it’ll mount up pretty quickly if you’re not careful.  Save points, which are essentially your checkpoints, are quite far apart sometimes and so you may find your early efforts at beating the game don’t go too well.  However, this really is just a 25 minute game if you know where to go (and as ever, Ratalaika offer identical PS4 and PS5 versions of the game, each with their own trophy stack which may be enough to convince you to play through the game twice). 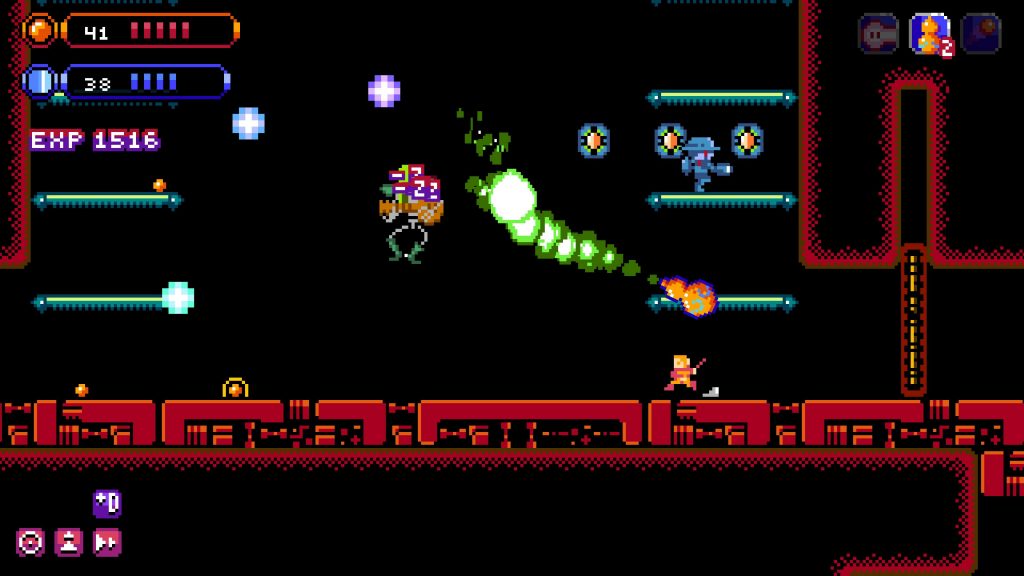 Having sunk some twenty hours into Astalon, Sun Wukong VS Robot worked well as something of a palate cleanser and, of course, it comes at a budget price so gamers looking for a little bit of retro fun can’t go too far wrong with it.  But equally it is a bit of a low-effort title which doesn’t do much to hide its mobile game origins.  The 8-bit visuals are pretty lazy and there are just a handful of different backdrop styles so you never really feel as if you are exploring an interesting world.  The music is certainly better than you’d think though which some interesting and varied tracks that, thankfully, are not in a chip tune style.

Beyond that, there’s not much else to say about Sun Wukong.  It doesn’t really do anything badly but it certainly is never great either.  The combat is a little bit unbalanced, the platforming action never requires any skill, the presentation is kind of lazy and the game world isn’t varied enough or indeed large enough to be interesting.  But the slightly elevated challenge, when compared to previous Ratalaika games, does make it a bit more rewarding to get through and it is certainly playable enough too.

Sun Wukong VS Robot
5 Overall
Pros
+ A bit more challenging than the usual Ratalaika trophy rinse
+ Shorter than the usual sprawling Metroidvanias
+ Cheap and offers two trophy stacks
Cons
- Low effort visuals
- Generic gameplay
- Upgrades aren't very satisfying
- Bosses can glitch out for very easy wins
Summary
Sun Wukong VS Robot is a cheap little Metroid clone that'll last you an afternoon without putting much of a dent in your wallet. It doesn't push the genre forward in any way though and is a game you can easily skip.