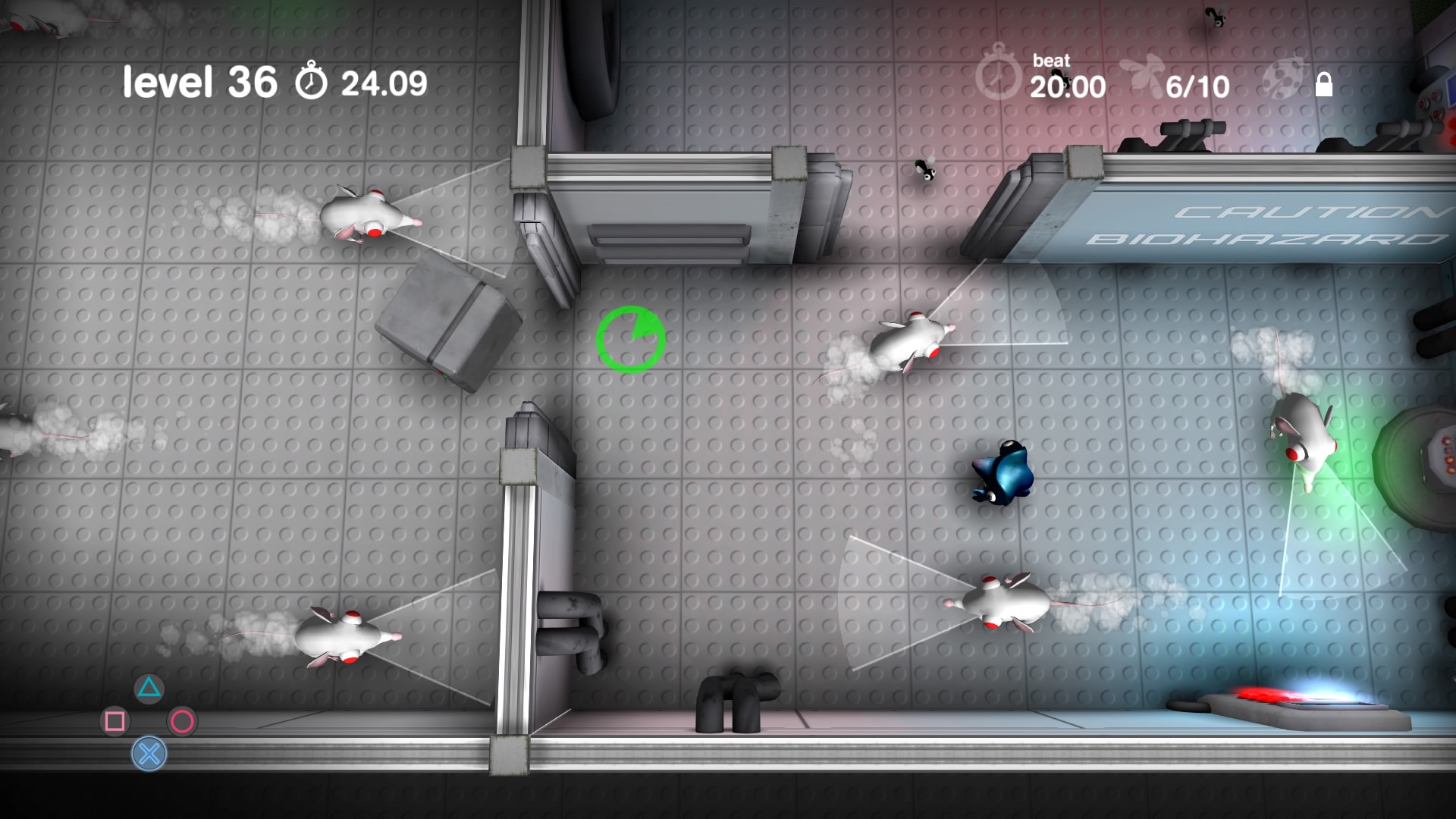 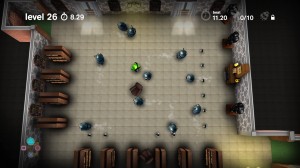 I’m no naturalist but I’m sure real chameleons can’t change colour as quickly as they do in Spy Chameleon, if they could then I’d fear they’d take over the world.  Spy Chameleon is a game which sees you breaking into numerous secure locations without being spotted.

Played from a top down perspective you’re tasked with navigating a room to get to the exit and into the next level.  Movement is on the left stick, and you’ve the ability to pan the camera around the room with the right stick.  This is helpful in allowing you to plot a course and see future obstacles.  Getting in your way are search lights, security cameras and mutant mice.  To help you hide from these obstacles you’ve got the handy ability to change colour, and blend into the background.  You can swap between four colours, each one cleverly mapped to match the colour of the face buttons of the controller, triangle is green square is pink.

The way this colour changing mechanic is implemented is fun to watch.  Your chameleon does a little jump just before each change, and is able to change colour instantly.  This allows you to plan some breakneck runs from a hiding places, switching colour at the last instant.  This sense of fun is also evident in the chunky bright graphics.  The game looks nice and grabs the attention with a clean fun design style, particularly evident in the screens which bookend the levels.

This is very much a puzzle game.  This main puzzle elements come from the way the searchlights sweep across the room, and how you’ve got to wait and watch for the optimal gap between the beams.  It feels somewhat like Metal Gear Solid with the top down perspective, and emphasis on stealth.  Whilst each area only has one exit, and generally only one path to get there, you’re given complete control to explore the rooms and collect the flies or ladybirds in each level.  The flies indicate the optimal path in a level and can mostly be collected on your first run.  The ladybirds are in more difficult to reach locations and are only unlocked after you’ve completed the level first.  This balancing between the need to avoid the search lights, but also collect the insects adds a nice level of difficulty to the game. 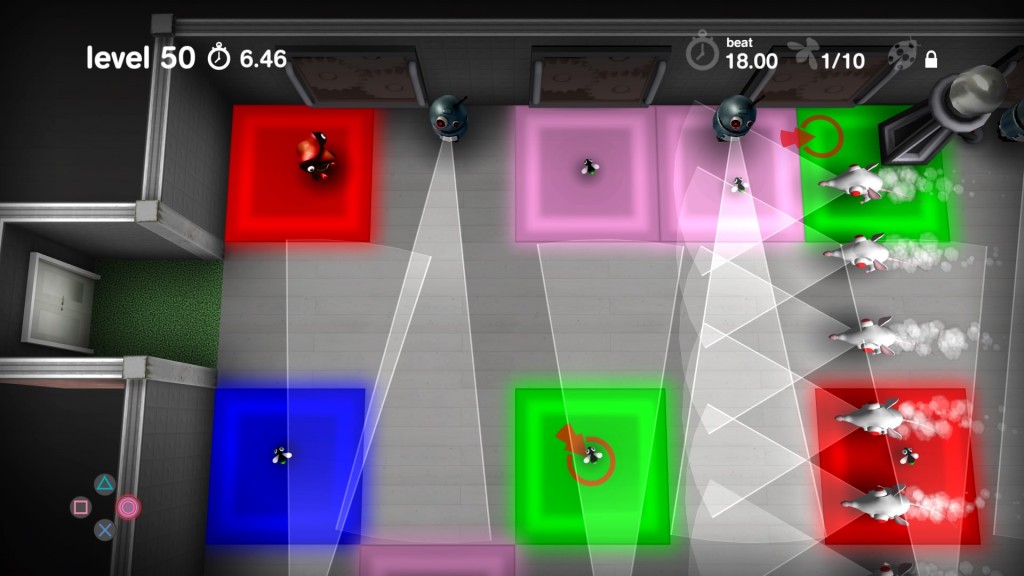 There are seventy five levels in total, and they are separated into groups of fifteen.  Each group introduces a new setting and new environmental feature to play with.  The aim here is to keep the game fresh, however many things just feel like tiny changes and I can’t help but feel that more innovation would have given this game more legs.  Generally speaking the difficulty progression through these levels is judged well, although there are a couple of later levels which feel a little unfairly difficult, reliant as they are on pixel perfect timing.  I’m looking at you level fifty seven.  Happily though, there is a level skip option, which allows you to skip a level if you’re finding it too difficult.

Outside of the main game there is also an odd mode which is designed for pets.  It’s just a blank screen with a fly randomly buzzing round on it.  It’s a bit odd but according to the developer his cat enjoys it.  Odd to say the least.

Spy Chameleon is a bit of a one trick pony, you can say you’ve pretty much seen all there is to offer of the game by a couple of levels in.  However the game has that one more go feel to it, which really keeps you playing.  The shortness of the levels, the instant restarts when you mess up and the collectables really keep you going.  Whether there is enough depth here to bring you back to get everything on each level, is unlikely.  However the seventy five levels on offer give a game of just about the right size.

As a cross buy product you get Spy Chameleon on both PS4 and VITA, with cross save also in place.  This is handy as it allows you to carry your progress with you, and the only noticeable difference between the two is slightly longer load times on the VITA.  It’s a nice bonus to have this as it’s a great fit for the portable nature of the VITA. 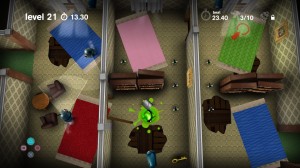 Spy Chameleon is a charming puzzler, with oodles of charm and a novel colour swapping mechanic.  Despite being a bit like a one trick pony, and lacking any real depth, I enjoyed my time with this well crafted game.


Spy Chameleon
7 Overall
Pros
+ A decent puzzle game + Really fun presentation + Enough levels to keep you going
Cons
- Some later levels had very bad difficulty spikes - It is a one trick pony - Lacks any real depth
Summary
A decent puzzler which has a great sense of fun. With enough levels to keep you going, the main problem here is a lack of any real depth and some crushing difficulty spikes later on.