Spitlings comes to us from Cologne-based dev Massive Miniteam via publisher HandyGames. Originally a timed exclusive on Stadia, it’s now out on PS4 and we get to enjoy it too. As the title might suggest, you control a Spitling. They have the ability to spit up and down. Spitting down with

propels you upwards, just as spitting up with

propels you downwards. In a somewhat baffling series of wordless cutscenes, it transpires the tower that the Spitlings inhabit has been taken over by a malevolent entity. 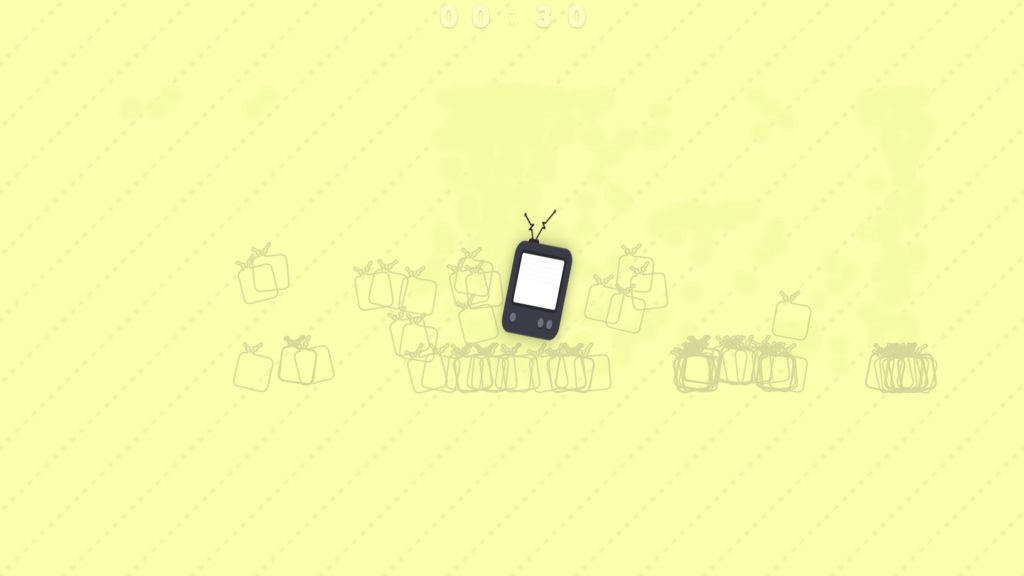 Practically this means you have to clear out a series of levels on each successive floor of the tower. The levels are broken down into three stages at the outset, with three extra stages unlocked if you beat the time trial target. In addition, upon beating each set of three stages you’ll unlock a new Spitling to play with. You can then play as them on your next attempt. 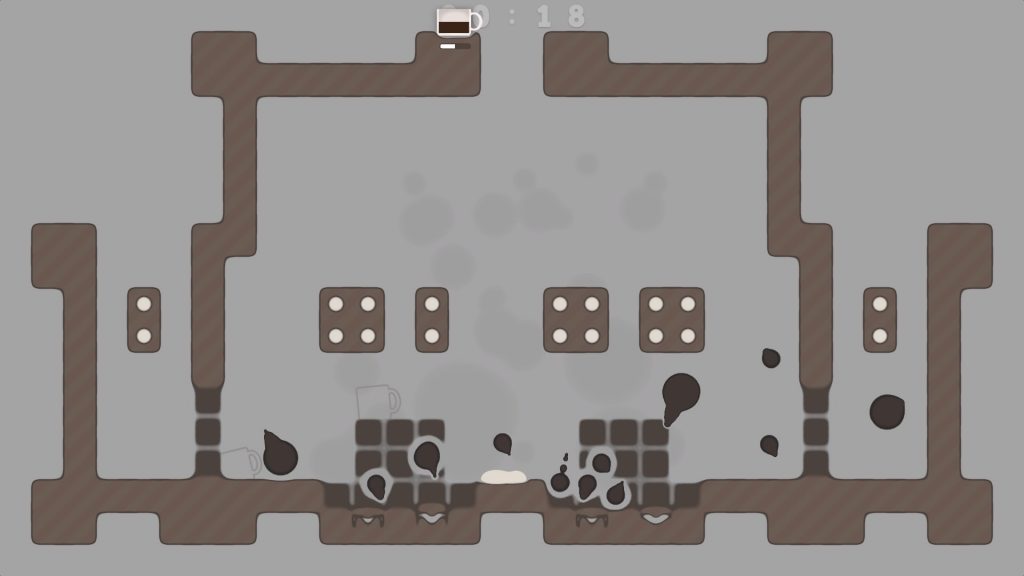 Each of these Spitlings generally brings to mind those plastic toy figures Lidl gave away with shopping last year. Or those daft collectibles kids swap in the playground, or they would if the schools hadn’t banned them.  The bubble foes you face are just that, bubbles. They’re not particularly menacing, but they typically start out big and as you hit them with a spit globule, they’ll divide into two smaller bubbles. 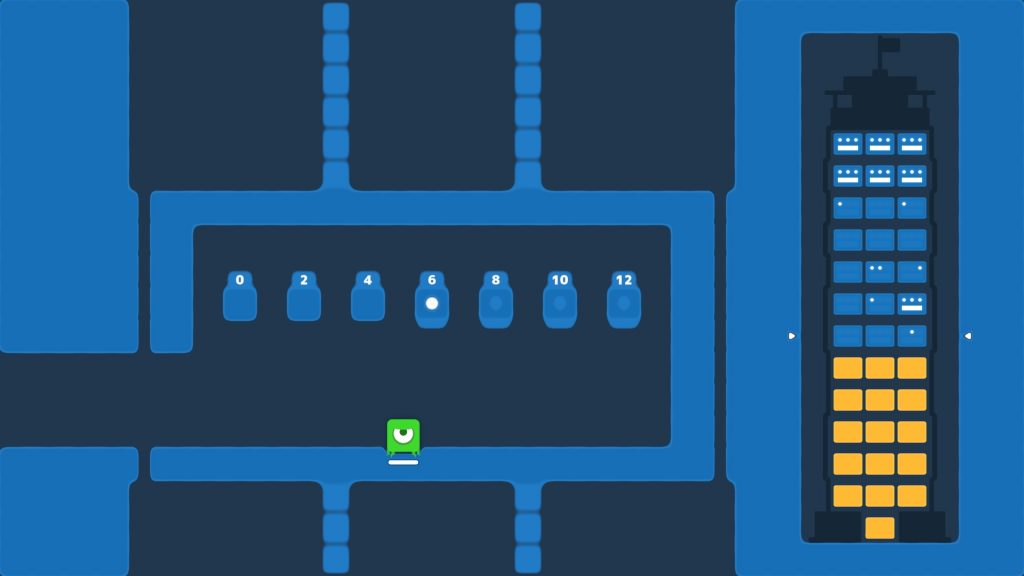 You only have a finite amount of saliva which means you can’t just shoot away with abandon. In early levels you’ll be able to recharge your spit with

if you can find a safe spot to avoid the bubbles bouncing around the place. You’ll need to be completely still as you recharge. Subsequent levels have no safe havens as you’ll be moving the whole time, so conserving your saliva or recharging it by recovering it after it’s burst a bubble is key. 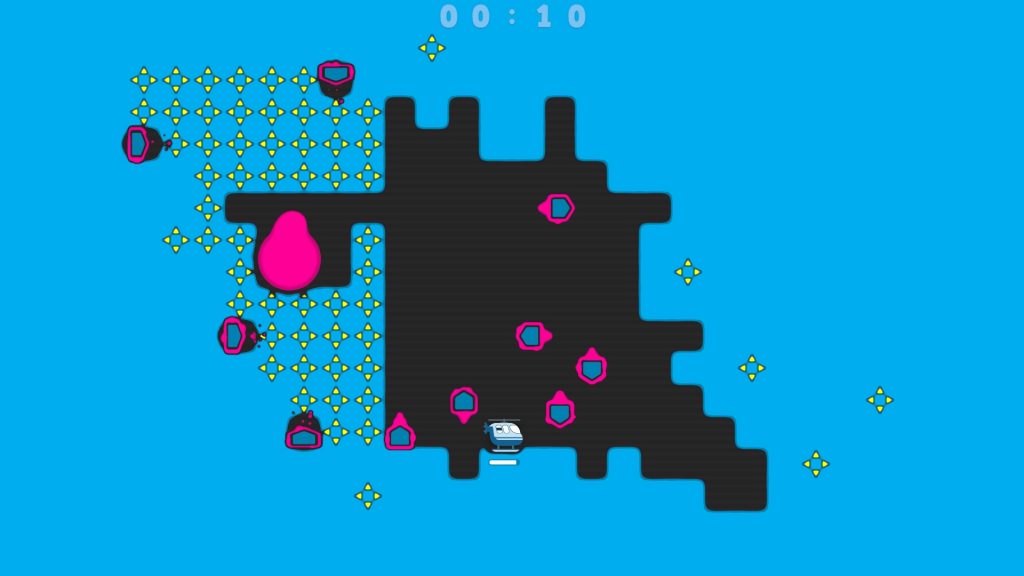 Later levels are often challenging gauntlets, never mind completing the target time on each. Besides the inherent challenge, you’ll often come up agonisingly short of the targets. The devs clearly recognise that you’ll be replaying some levels over and again, as an outline of the spot you died at remains when you play again. Sometimes our monument to failure was approaching triple figures , which made victory all the sweeter.

The Spitlings themselves might seem a little charmless, but they’re imbued with a distinct character of their own. The spot sound effects each has are a nice touch, for example when the submarine dies you get a little sonar ping. In addition, the music is nicely ambient electronica, nothing too obtrusive.  We even got a slight Aphex vibe from a few tracks.

The focus here is very much on co-op play, but we still had a lot of fun in single player. We’d have played with our regular co-op partner but for the fact that when one co-op player dies, your attempt is over. We’d rather take the stress of playing solo than dying over and again through no fault of our own. Thankfully there’s also online multiplayer on offer, so all is not lost.

Any criticisms fall by the wayside as Spitlings is absurdly addictive with each death swiftly followed by a quick respawn and yet another attempt. Then before you know it, the quick session you’d intended has turned into two hours. If this were a mobile game it’d have F2P mechanics up the wazoo, but thankfully it’s on PS4 and we’re happy to report it’s probably our puzzle game of the year so far. And we play a lot of puzzle games. 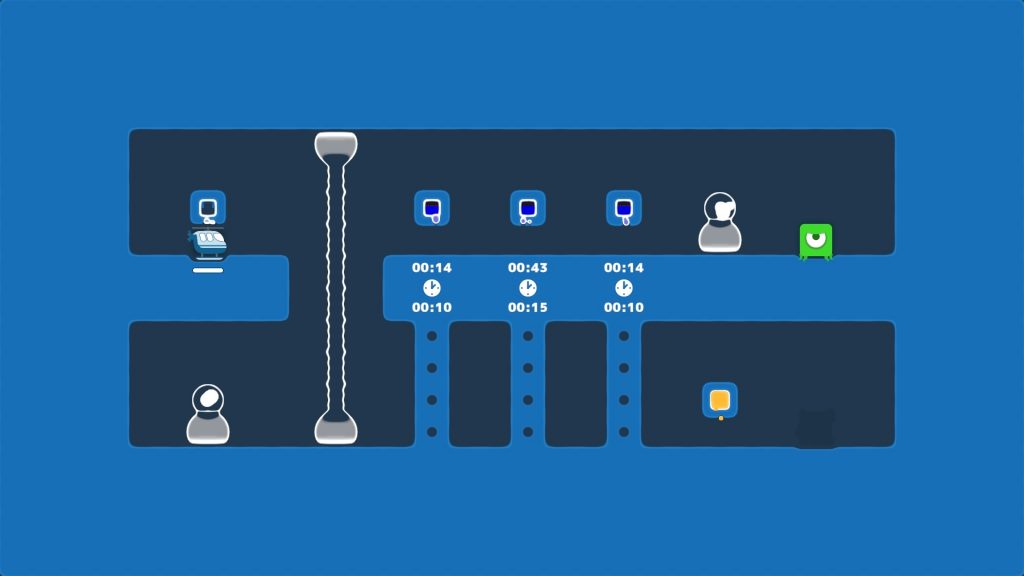 Spitlings is great, we’d recommend you play it. It’s maddeningly addictive and you’ll feel compelled to keep playing even if you keep dying on a particular level. If you have a co-op partner, you’d best collar them too.

Spitlings
9 Overall
Pros
+ So addictive
+ Bright graphics, each Spitling is brimming with character
+ Music and sound effects are great
+ Four player local co-op
Cons
- Occasionally frustrating
- Solo play can be punishing
- Beating the time limits on later levels can be hard
- Co-op with a less skilled player is an exercise in frustration
Summary
Spitlings is a great puzzle game you need to play. So addictive and with four player co-op, both local and via PSN, fantastic to play together.