Jisei the First Case HD is a visual novel focused entirely around a murder mystery. Centred around a killing at a diner, Sakevisual’s focused narrative provides some simple investigative thrills whilst lacking in some longevity and nuance. 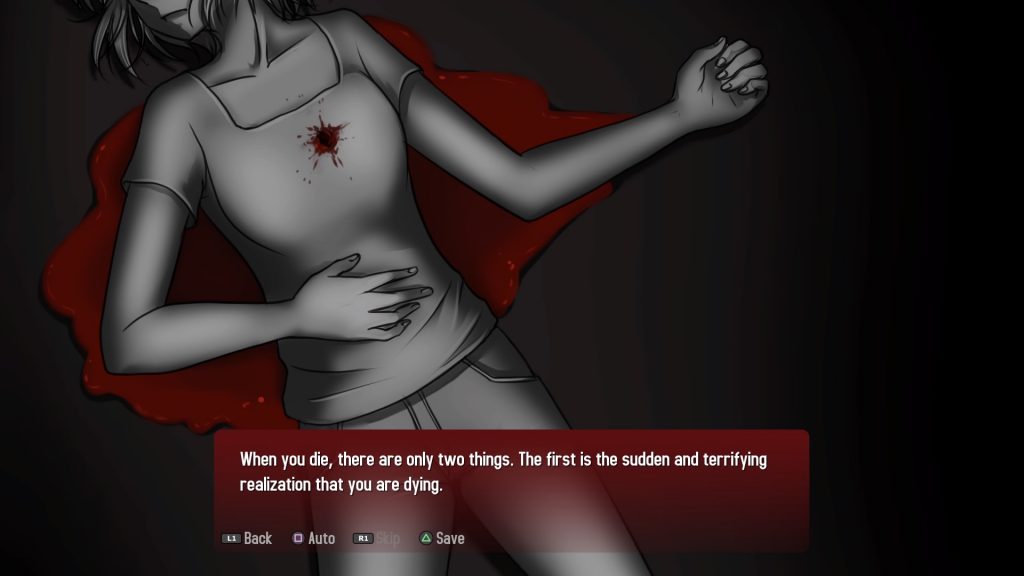 The story concerns a murder mystery held entirely within a diner’s premises. A young girl is dead in the women’s bathroom with you caught at the scene. With a police officer on hand, you’re tasked with finding the real culprit to clear your name. You have the assistance of a voice in your head to guide you in the right direction and, whilst you do have psychic powers, there’s rarely interfere with the usual investigative methods.

The order of the day is talking to the three main suspects, establishing a timeline of events and cross-examining their alibis. Interactivity is confined to the usual dialogue options. It rarely takes an opportunity to significantly branch but it does allow you to tackle a line of questioning in order. As a result, choices feel inconsequential. You can happily stroll to the finish and even the conclusion steers you to the correct person. 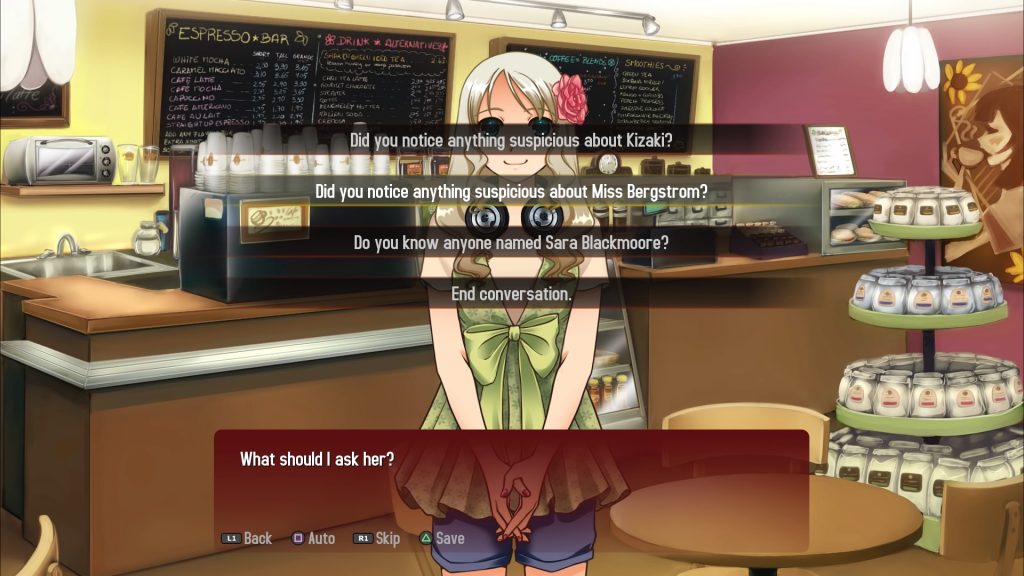 Aside from that, you can move between rooms and check out the environments. It allows you to pick up on some extra clues and the game does like to direct you in the right ways. Very, very little of this game’s writing is superfluous fluff and it feels impossible to miss anything crucial. I appreciate how to the point this is, compared to over visual novels. There’s little time for flowery linguistic flourishes or internal monologues about some strife. It’s very singular in its approach and I actually find that refreshing.

A notebook would’ve been nice to record any crucial details but the game is segmented enough to keep track of what’s going on. The ending does question your ability to recall a timeline of events but the short nature of the game means that information is probably still within your memory. I don’t find it especially taxing but the simplicity might lead to more people enjoying the tale.

Everyone seems to have something to hide, there’s some red herrings but the whole mystery is resolved inside the hour. The short runtime feels somewhat padded out by repeated trips to report back to Detective Gurski. Checking in with him offers opportunities to discover new leads but it does feel like the game is stalling at times. It’s not very complex when it comes probing the suspects. It’s more focused on gathering information and then delivering your findings at the end. 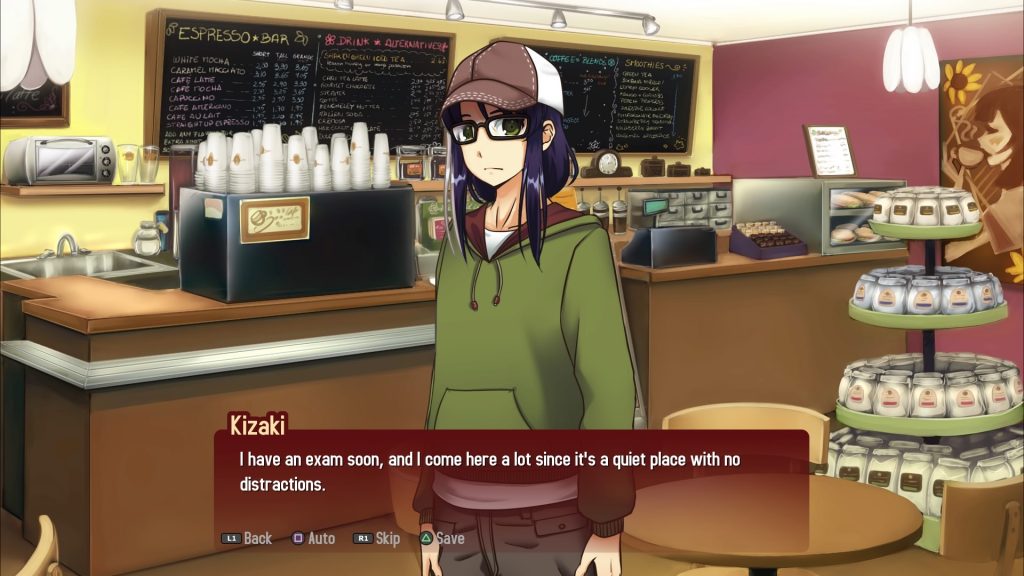 There’s intrigue with the three suspects lives all intertwining. It helps sell the mystery and drive home how everyone could have a motive. The only cast member with nothing to hide is the police officer who remains a mentoring force of authority. I was kept interested throughout but the curtains close far too early.

Visually, the backgrounds are decently detailed. Being confined to a diner does mean there’s barely a handful of rooms to visit. It’s compact and at least the cast has plenty of lines to deliver. It’s all voice acted well and you do get a good sense of what the character’s personalities are like. The artwork and character design is very bright and anime. The writing is very focused on the mystery but this does lead to a game that is over before you know it.

It’s worth noting our nameless protagonist is also mute. His lack of voice acting stands out and makes him feel a lot more like a blank slate. Given the rest of the cast have seen efforts to be fleshed out, he can feel quite dull by comparison. 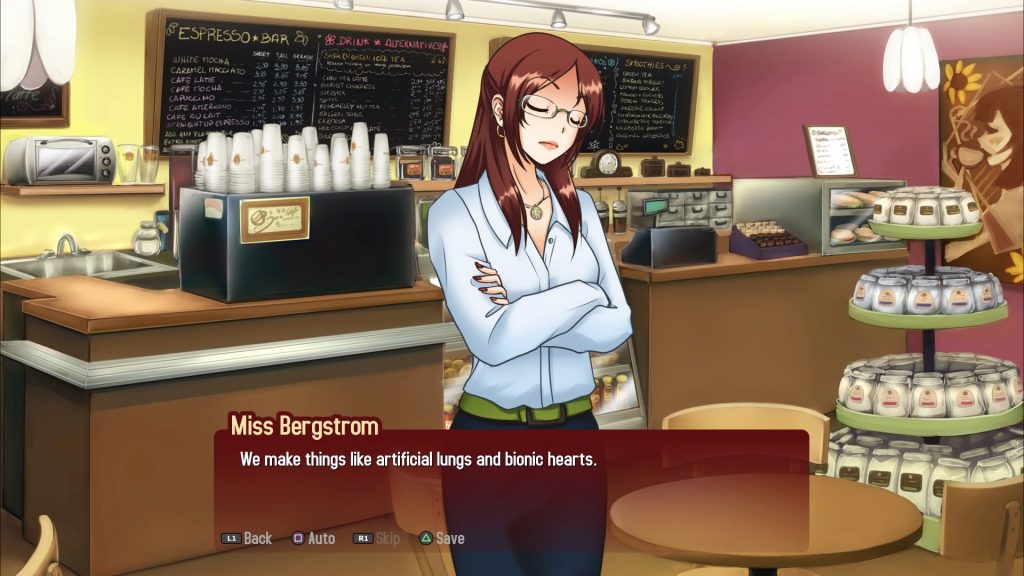 The mystery itself is fairly easy to figure out and leads to a cliffhanger epilogue. There is one ending to find and any excess trophies are triggered by picking alternative dialogue options. If you want more sleuthing, there just isn’t much more to find here. I don’t think it presents a good value proposition, even if the story does deliver some thrills.

Jisei: The First Case HD is an impressive proof of concept that I felt needed more meat to dig into. The mystery is over within an hour with very little to discover in repeated playthroughs. It’s tightly focused but it becomes detrimental. The interesting characters and their backgrounds don’t get enough time to shine in what becomes a very short episode.

Jisei: The First Case HD
6 Overall
Pros
+ A compelling, compact narrative.
+ Well written with very little fluff.
+ Voice acting is well handled.
+ Bright, colourful artwork.
Cons
- Very, very brief.
- Little reason to replay it.
- No way to record crucial information.
- The protagonist feels like a blank slate compared to the rest of the cast.
Summary
Within the realm of visual novels, Jisei: The First Case HD does deliver a refreshing change of pace. The singular focus leads to a tighter narrative with very little in the way of excess writing. The characters are well-written with plenty of intrigue although the story runs its course far too quickly. The art is well done and the voice acting does help make the cast convincing but, once the curtain falls, there's little reason to return to it.