Song of Horror was released episodically on PC over the past couple of years but has now come to PS4 in a complete package. Split into five chapters, it takes inspiration from survival horror of old and contains plenty of references too for those with a knowledge of all things horror. 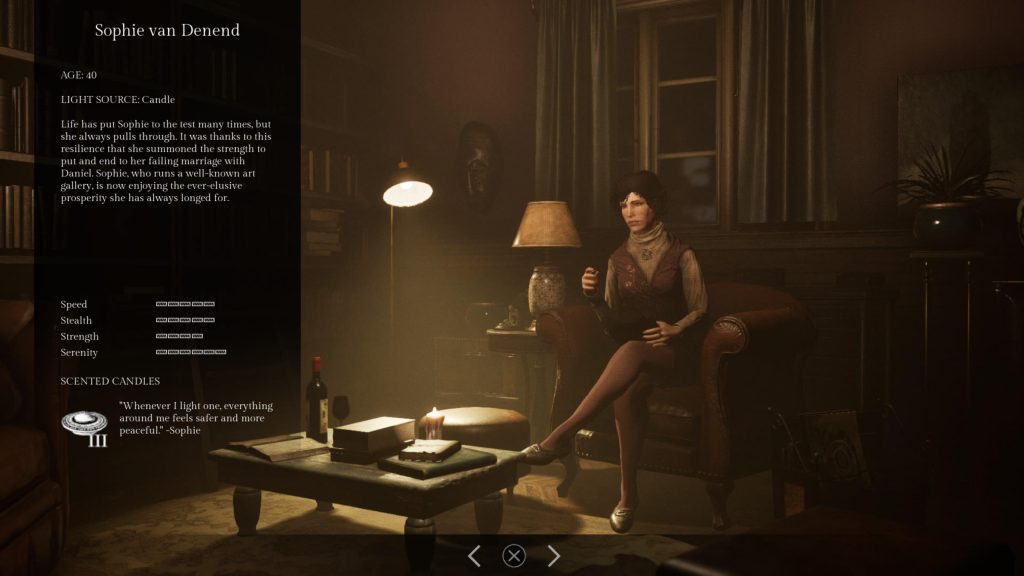 You start the game as Daniel, a recovering alcoholic who is starting to turn his life around and has got a job as a dogsbody for a publishing firm. He is sent to collect the most recent draft of a book from the author’s house late on a Friday night, but things are off as soon as he arrives. The house is empty, spooky and Daniel finds a door that seems out of place. Entering it ends the prologue, Daniel trapped in an otherworldly location.

That’s where chapter one starts properly, as the boss that sent Daniel to the house contacts his ex-wife, worried about him. Here an interesting mechanic shows itself. You can choose who to play as in each chapter. There are four characters to choose from in chapter one: Daniel’s ex-wife Sophie, his boss Etienne, Alexander the author’s housekeeper and Alina who works for a security firm. Each has stats for Speed, Stealth, Strength and Serenity which will affect how their adventure plays out. 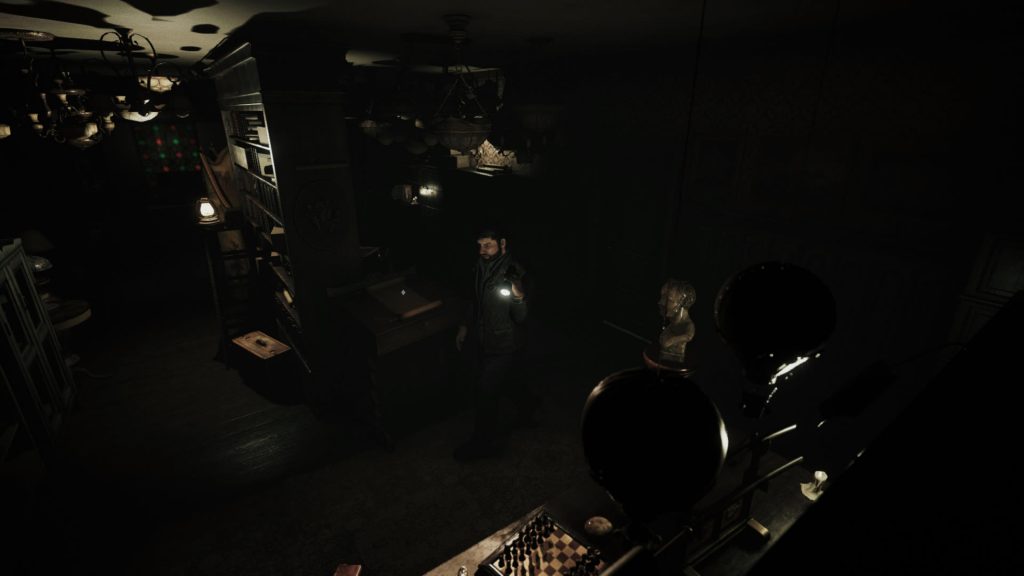 Song of Horror features fixed camera angles. Not static, they do move with the characters as they need to but you have no camera control. There’s no tank controls though I’m sure many will be happy to hear. There’s also no combat, you simply have to explore the location and solve puzzles. Initially this will require you to find out which doors are locked and which you can go through, picking up any items of interest and taking a mental note of things you can interact with but don’t have the required thingamajig to progress.

As you do so your character will get spooked. Televisions will flicker with static and figures will appear out of the corner of your eye. They’re reminiscent of Eternal Darkness, and they have a similar effect on the characters. Anything out of the ordinary will spook them and their heart rate will increase, which you’ll feel through your controller. The more a character gets spooked the more chance a QTE will happen where an entity manifests itself. In chapter one it comes in two forms: the entity will try to enter through a door in a room and you’ll have to run to the door and brace it by tapping buttons, the other forces you to run to a spot and hide. Whilst hiding you’ll need to rhythmically press the triggers to slow your heart rate. If you fail these mini-games then that character can die and you’ll need to choose one of the remaining characters to continue the adventure, finding your already collected items where your previous character met their end. 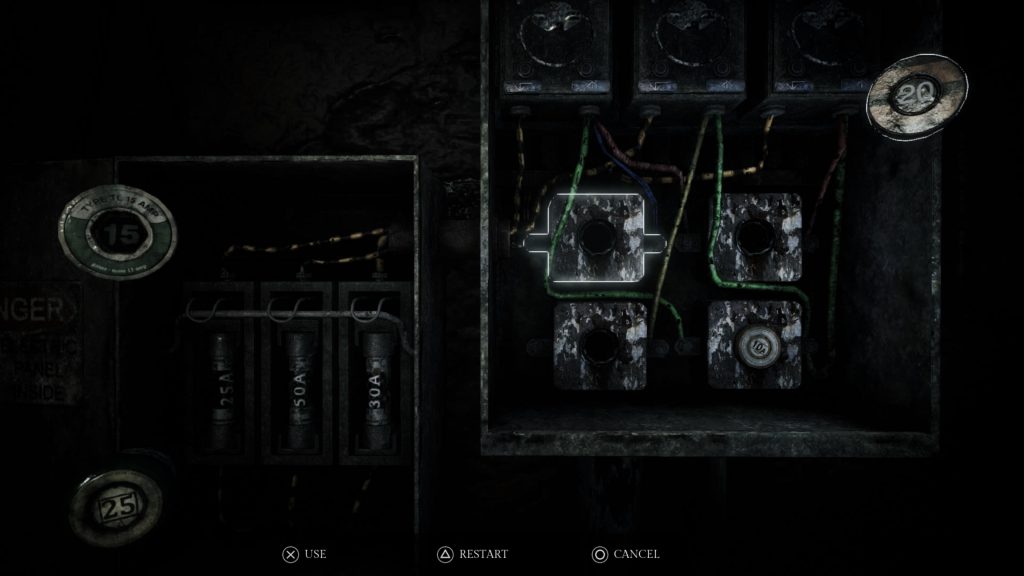 This strict punishment would make sense when, similar to Hitman, the episodes were being released separately, with time between them for players to replay the chapters with each character or to learn where to go and what to avoid but when you’ve got the whole game in front of you it can feel quite mean spirited. Now I never actually died to the mini-games, but there are interactions in each chapter that can result in instant death and these feel unfair as some interactions are required to progress and you don’t really know which is which. The other way of dying is just opening doors. If it’s a door you’ve not been through before or your character has recently been spooked then you’ll want to listen to what’s on the other side of the door. If it sounds spooky you’ll not want to open it otherwise – you guessed it – instant death.

I am torn on it as having no risk of death would lessen the atmosphere, as otherwise the only real scares are sudden, loud noises every now and then. On the other hand losing a character in a cheap way is not fun. You do have the other characters as back up and seeing each of the character’s perspectives as they comment on things is a strength. For example the security expert can reset the burglar alarm if it goes off, as can the housekeeper, but the other two will just get spooked by it. 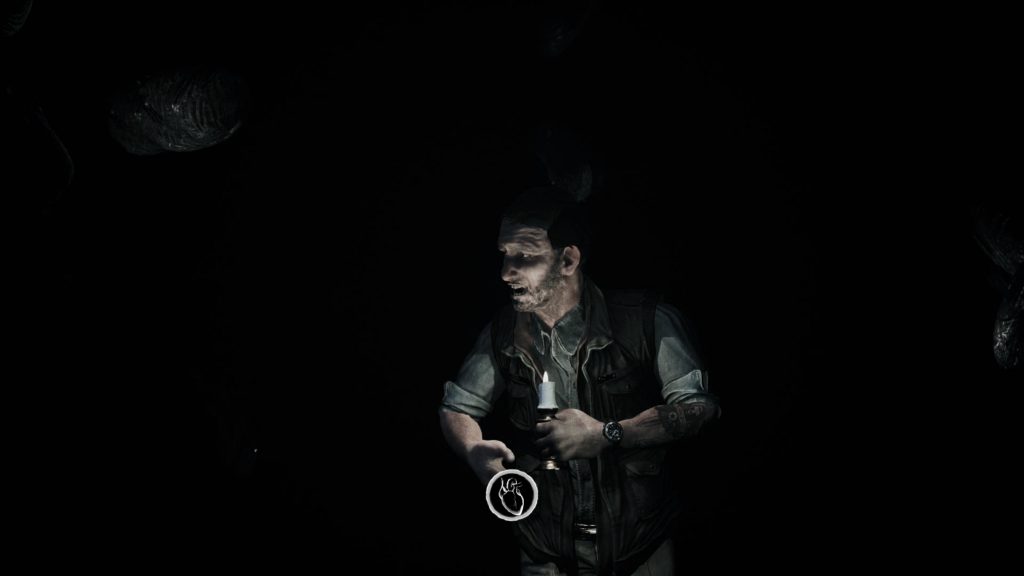 The chapters continue in the same vein, though you’ll have access to different characters, obviously different locations and new QTEs will appear. The puzzles you encounter can be on the tough side. Not all of them but some can be very obtuse, either with knowing what to do or using the items to complete puzzles but not really knowing what your end goal is, just doing it because you have the items on hand. The maze at the end of chapter 2 was a very low point.

Technically it’s okay. The environment graphics are quite nice as your character’s light source highlights everything but the character models, specifically the faces, can look a little off. Not terrible but your eyes will be drawn to the faces they pull as they run around or get spooked. There was an issue in chapter four with the game constantly showing errors but that appears to have been fixed now so no need to worry about that but the loading times are on the long side at about fifty seconds. 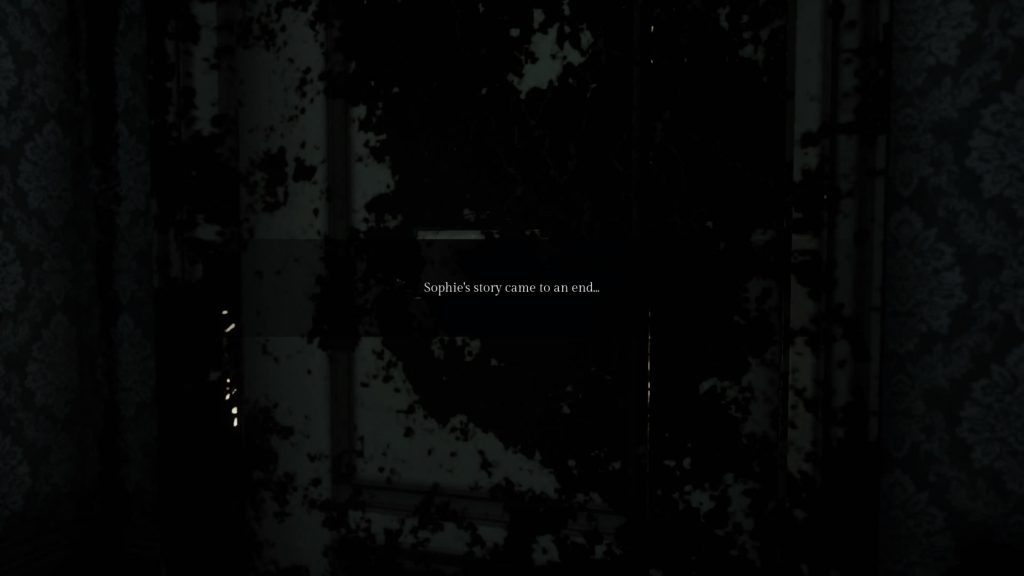 Song of Horror has its moments. It definitely has that feel of the classic survival horror games and the presentation is pretty good for a small dev. The more interesting mechanics of the game are where things fall down a little, they’re not completely terrible or break the game, they just don’t quite work in the game’s favour. The different characters and their chance of death give you another perspective and even a reason to replay but cheap deaths can just feel unfair and having to replay an entire chapter if you are unfortunate to lose all the characters is heartbreaking. If you’re a fan of the genre and don’t mind the lack of combat or more challenging puzzles then Song of Horror will scratch an itch which hasn’t had any attention for some time.

Song of Horror
7 Overall
Pros
+ Has that survival horror feel
+ Some decent visuals and atmosphere
+ Different character perspectives are a good idea
Cons
- Some cheap deaths
- Some obtuse puzzles
Summary
Song of Horror does a great job of bringing back that classic survival horror feel. Certain mechanics that made sense when the game was episodic make less sense in this full release but it's still an enjoyable nod to a now less than common genre.