I recently reviewed the Mass Effect Legendary Edition and pointed out that minus a couple of features it was a collection done right. Now it’s the turn of the Ninja Gaiden Master Collection, also three games from the previous generation packed together. Things aren’t as straightforward here, which I’ll get into, and nothing major has been applied to the presentation but it’s still a bunch of fun games for a reasonable price.

The Sigma titles were the PlayStation 3 versions of those Xbox originals, whilst Razor’s Edge was initially a Wii U (remember that?) game but did come to the other consoles eventually. Razor’s Edge was an enhanced version of Ninja Gaiden 3, but the Sigma titles were actually changed quite a bit from the originals. Enemy placements and AI were changed, puzzles were removed and gore levels lowered whilst visuals were changed and new features were also added. Plenty think the originals were better, so ideally this collection would have had every version but the code for the originals is unfortunately lost.

In the package you get three separate downloads, this doesn’t have its own launcher which means you don’t have to have them all downloaded at once, which is nice, though even with them all installed they don’t take up a whole lot of space by modern standards. I started with Ninja Gaiden Sigma which is a curious beast. You play as Ryu Hayabusa, a young ninja of the Dragon Ninja Clan who must retrieve the Dark Dragon Blade which was stolen on his watch.

The 3D Ninja Gaiden titles are character action games, or at least that’s what I’ve heard them be called. Action game, hack and slash game, it’s the genre that Devil May Cry and Bayonetta belong to. It’s got a very different feel to those titles though, with a more deliberate and methodical pace to the combat that is happy to punish you. You can feel powerful but you have to earn it, with blocking and dodging being vital to getting out of encounters, with even the most basic enemy, alive. You have light and strong attacks and Ryu is very mobile, as you’d expect from a ninja.

Defeated enemies drop orbs, which act as a currency but can also be absorbed to unleash a powerful Ultimate Attack which will in turn generate more orbs increasing the amount of currency you gain. You can use that currency to buy health items and upgrade your weapons at shrines, which unlocks new moves for them as well as making them stronger. The better you play the more spare change you’ll have to spend as you please.

There is a lot of combat but Ninja Gaiden Sigma has an almost Metroidvania element to it, in that you’ll move back through levels you’ve already completed having obtained a new key or the ability to breath underwater. There are less puzzle pieces as I mentioned earlier, but it’s still more reliant on exploration than the later games. There is some obtrusive loading carried over in this port, with short loads just happening as you run through the longer levels which is unfortunate.

Ninja Gaiden Sigma 2 is far more straightforward, with every level being pretty much a straight line. There are little nooks where you can find items but otherwise you’re moving from combat arena to combat arena. There are far less enemies in this than the non-Sigma version, which means you’ll sometimes be running through an area which will feel weirdly empty, but there are new sub bosses included. The action has been sped up a little from the first, with the addition of Obliteration Techniques. These allow you to finish off an opponent in one strike if you’ve removed a limb from them which can happen at any moment. I will say that on Normal the game is far easier than both the original and Razor’s Edge. Naturally the difficulty levels go far higher than that for those looking for a challenge and the bosses can really hurt you thanks to their AI.

Ninja Gaiden 3: Razor’s Edge takes another different approach. This one goes far heavier on the story with plenty of cutscenes which were previously only really used to introduce characters rather than develop any major plot. It’s not needed and it’s not particularly interesting either. Gameplay-wise things are pretty different as well, with the AI becoming incredibly dodge happy making even some of the lesser enemies a pain to defeat. There’s also the addition of the Steel-on-Bone attack which allows you to defeat an enemy in one hit if you dodge a desperate attack from them. This can also chain into other enemies so it’s an incredibly beneficial ability, to the point where I was trying to coax an attack out of an enemy rather than fighting them normally which they’ll likely dodge anyway. 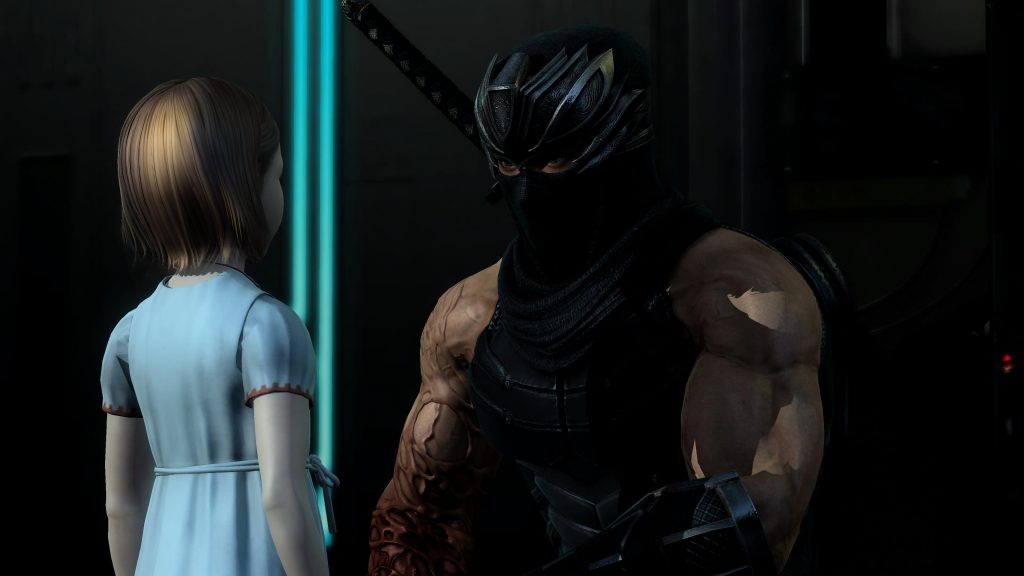 The upgrade system is slightly different as well, in that rather than orbs you just get points for everything you do which you can then use to buy items from an upgrade tree at your leisure. It does influence how you play the game, as again you get more points for Steel-on-Bone and Ultimate Techniques than just defeating an enemy normally. The combat is arguably the best it’s been as far as controlling Ryu goes, but the AI can be a pain to fight against, combined with more of a focus on story makes it one of the weaker campaigns.

As well as story mode on multiple difficulties each game also has combat trials that can be accessed separately if you just want to fight with specific weapons. Sigma has Ninja Trials of increasing difficulty and a Survival mode where you need to defeat as many enemies as you can before dying. Sigma 2 has Chapter Challenge so you can go back to levels from the campaign, Ninja Race which has you against the clock and Tag Missions which let you switch to other characters. Razor’s Edge has Chapter Challenge and Ninja Trials. If the player has uploaded one, then those at the top of the leaderboards will have a replay that you can view. 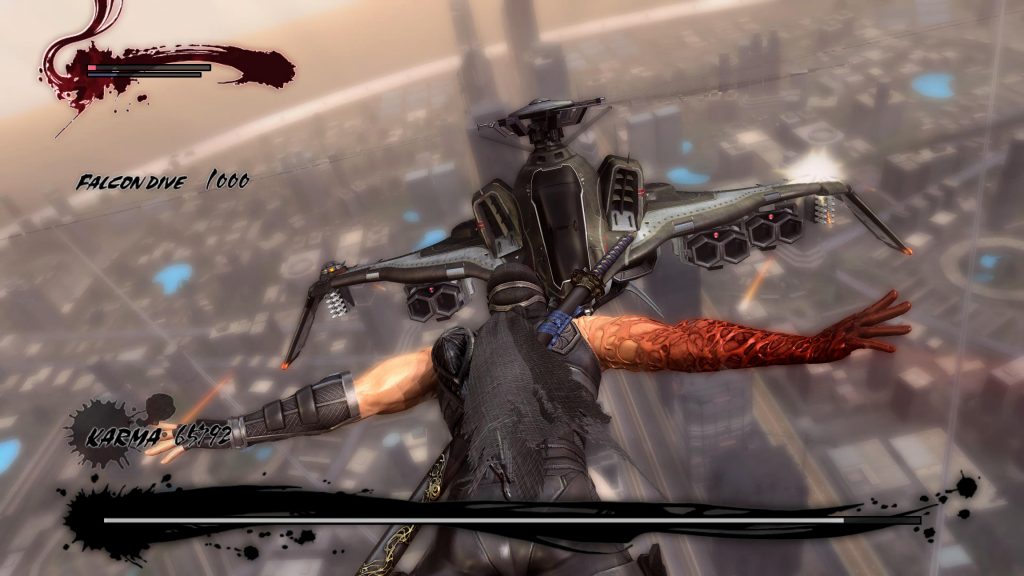 Some of these modes had multiplayer originally but there is no multiplayer functionality in this collection which will be a miss for some, although the deathmatch from the third game never quite felt right to me. The cooperative modes are a shame though. Like I said earlier there has been little work done to the visuals, they just run at a higher resolution. Even the load times which should be good seem constrained by requiring animations to play out. They’re not long, but longer than necessary. Other than that these are pretty straight ports.

As a fan of the series I’ve enjoyed going through the games again and will continue to dip in and out of them going through the Trials and trying to tackle the games on higher difficulties. It’s a shame the collection hasn’t had more work done to it and isn’t as exhaustive as it could be but for the price and having all these games being easily accessible is a pro for me. Seeing the differences between each game back to back is interesting but the challenge can at times veer into cheapness, with AI automatically blocking or dodging things constantly. If there is another Ninja Gaiden game hopefully they can look to things like Dark Souls, to see that difficult doesn’t have to mean unfair. 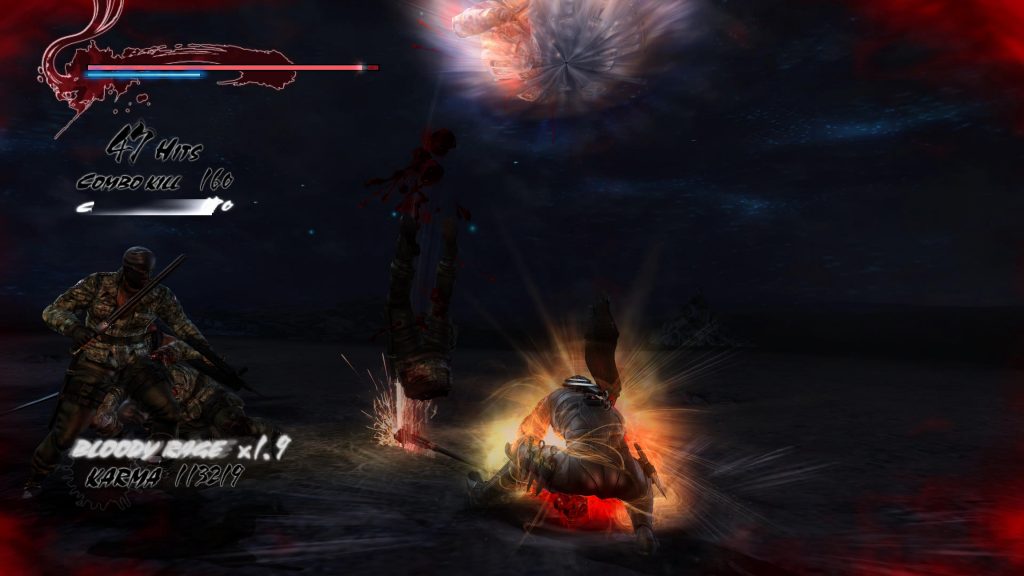 Controlling Ryu, even in the first game, still feels fantastic and there is room for a new game on the market. It’ll need to evolve a little, learn from both the originals and the mistakes the more recent titles have made but I hope we haven’t seen the last of the Dragon Ninja in action.

Ninja Gaiden Master Collection
8 Overall
Pros
+ Fantastic feeling controls and combat
+ Three games of varying degrees of greatness
+ Huge amount of challenge and content
Cons
- Some missing features
- Not much in the way of enhancements
- Can feel cheap at times
- Might not be the versions of the games you were hoping for
Summary
Ninja Gaiden Master Collection offers three games of varying greatness in one set. It's not quite the all inclusive package one would hope for and the enhancements are limited but seeing each game back to back really shows the strength of each and highlights the fact that the controls and combat were always top notch.