Sometimes it’s good to be late to the party. When Sifu originally released I was knee deep in review mania and I always have trepidation tackling a game where the difficulty is a keen selling point. Sloclap’s been tinkering with combat systems since their debut Absolver. Whilst that focused on multiplayer pugilism, this newer effort feels more refined and aimed at going solo. 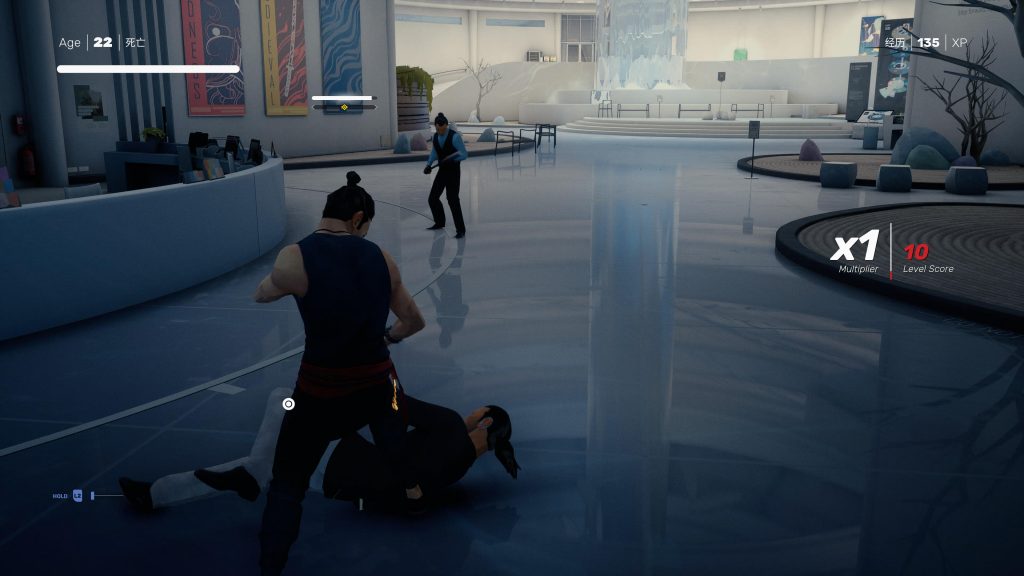 The game tells a traditional tale of revenge. Our nameless punching machine sees their father killed in the prologue and, after a short montage, they’re ready to tackle the people at the heart of their trauma. It’s more of a setup than a narrative but you can find notes and keys whilst playing that do shed more light on the gang’s motives and history. I don’t think it’s helped by hiding the true ending behind a very challenging win condition. Usually, videogame vengeance is served as bittersweet and, whilst Sloclap do try their best to muddy the waters, I don’t think it quite lands. The process of piecing it together can be compelling but it’s not a story that’s intending to break new ground.  Not that revenge thrillers need strong narratives.

Punches, on the other hand, land with a satisfaction that I keep coming back for. Gone is the DIY combos of Absolver in favour of a more specific moveset. Based on Pak Mei, there’s a focus on aggression and swift movements. All of which is beautifully animated. Fights feel fluid and, despite encounters being very much designed and curated, there’s still an element of unpredictability.

You’re given a tutorial to deliver the fundamentals of basic combat. Square deals light attacks whilst triangle handles the harder strikes. L1 is where the blocks live whilst left trigger helps you dodge and run. It becomes more complex with high and low dodges introduced fairly early on and the combo list is always at hand to show you what your fists can really accomplish.

Much like From Software’s Sekiro: Shadows Die Twice, each enemy has a structure and health bar. Depleting the former places them in a stunned state which can leave them open for a takedown. These moves allow health to be regained and finishes the enemy off. Successfully timing blocks for parries will deal plenty of structure damage and comes with a satisfying audio cue. 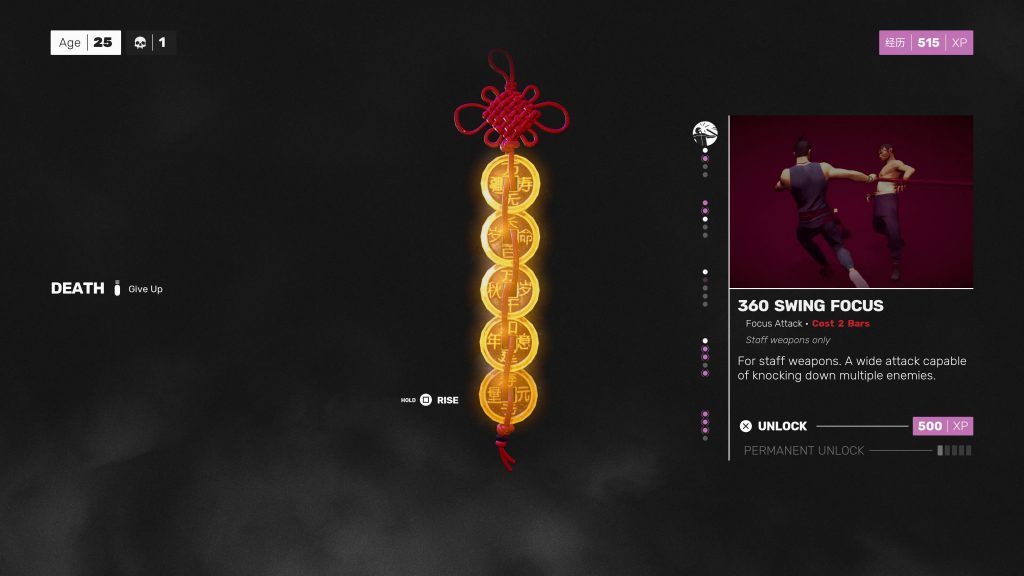 All of this is not easy but it’s rewarding to come through fights unscathed. The penalty for death is a year of your character’s life. Repeated failures compounds that ageing to the point where life literally flashed before my eyes. You have around 55 years to play with but, with age comes increased damage at the cost of your health pool. I felt like a glass canon in old age but my first run was admittedly clumsy.

This time limit gave me a reason to focus on scraps rather than mash them out. Your death counter can be reduced if you defeat special mini-bosses. Some of these are set in stone but you’ll also discover them at random, hulking up after an unsuccessful takedown attempt. It meant never taking any fight for granted and kept me pretty honest. Upgrades do come in handy with each death or a shrine offering up opportunities to take on new moves and increase stats.

This ageing system lends itself to repetition and self-improvement. After each completed level, your age is noted and you can replay that section to lower your age and recapture some much needed youth. Some upgrades are gated by age so it can be beneficial to stay young for as long as possible. You gain experience throughout but your score is also a currency that can be spent to unlock additional perks. I feel it’s a good system that acknowledges defeat is a near certainty. Pick yourself, dust yourself off. You’ll be back stronger.

There is a Student difficulty which offers a more forgiving experience but I found that to still offer some challenge. It does somewhat dilute the ageing mechanic and I finished a run with plenty of permanently unlocked moves at my disposal. I wouldn’t say it trivialises the whole game as I still didn’t feel I could waltz into a room and windmill bad guys to my heart’s content. I consider this difficulty a good way to build up knowledge of the game’s systems and how Sifu wants you to utilise the tools on hand. Disciple difficulty offers slight alterations in enemy aggression. Getting boxed in is more likely to happen and boss patterns will offer smaller windows of opportunity. 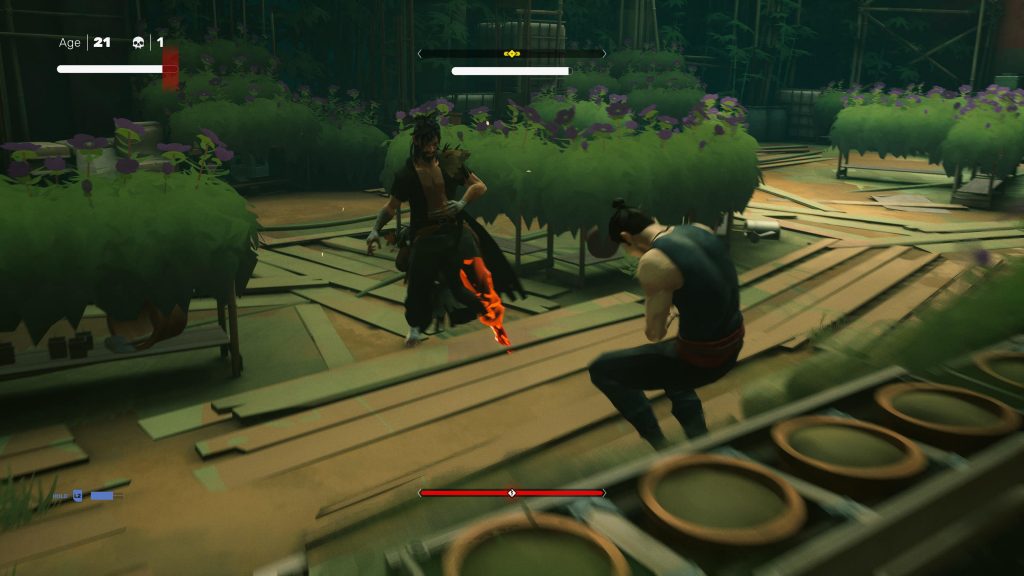 I really like the combat in Sifu. There is a visceral impact to strikes which I really enjoy and each encounter has a strategic element to it. Spatial awareness and threat management feels crucial. It’s worth considering the environment as each of the game’s five areas are littered with staircases, improvised weaponry and furniture.

The moves I discovered all seemed to have a designed purpose. Sweeps can quickly ground a foe but you can’t always rely on it. Low punches can avoid high attacks whilst getting damage in. Unsuspecting enemies can be blind-sided for a swift takedown. There’s a lot of situations I found I could use to my advantage and it unveils a combat engine that is more flexible than it immediately lets on. Unfortunately, the lack of a lock-on does lead to occasions where I’ll be targeting the wrong threat. I’m also not a fan of going to a later level just to find further intel within a previous one. The game is repetitious enough without that sense of backtracking.

Each area culminates in a gang member to defeat. Whilst they’ve all got different attacks, they tend to have predictable patterns. These battles tend to take place in spacious rooms which allow you to engage or wait out one of their combos. Much like the regular fights, positioning and awareness take precedence. Once I realised that, these bosses became much less daunting. The opening credits sequence isn’t shy about exploring their weaknesses either. Other mercies include keeping your permanent unlocks across save files. I wasn’t expecting to go into Disciple difficulty with those moves at my disposal.

Presentation is well done. The music takes on a traditional Asian score that accompanies the fisticuffs very nicely. It’s not on the powerful side but sets a good tempo and builds as you move through a level. These levels are designed solidly with each new area having a new motif. The Tower delivers some verticality whilst The Squats is an abandoned settlement littered with beaten furniture. The Club has a thumping soundtrack that follows you around like it’s Streets of Rage. 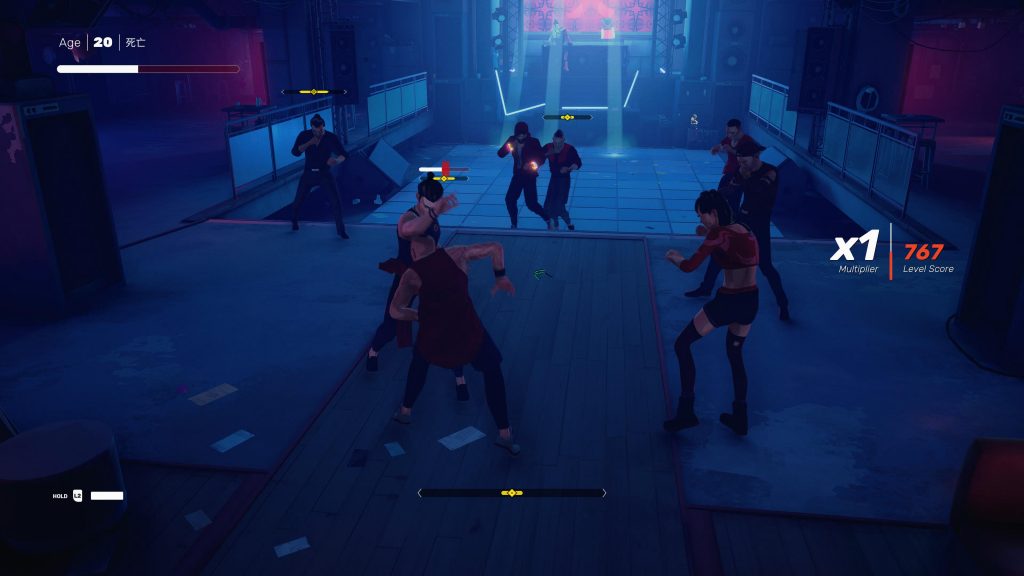 Visually, there’s plenty of colour, even if the character models look more muted. It’s a specific style that might’ve turned me off if it wasn’t so meticulously animated. Environments play with shifts in perspective that can occasionally feel dreamlike. It rarely looks too busy and the variation of the environments allows for some interesting set-pieces. Some of which pay homage to 2D brawlers in very clever ways.

I’m thoroughly enjoying Sifu. The repetitive nature can certainly be a bother but the levels feel contained and short enough to not outstay their welcome. The presentation is colourful and the music delivers an intense heartbeat to the action. Whilst this is not going to be everyone’s cup of tea, I do feel the post-release support has made this game more accessible and welcoming to those remotely curious.

Sifu
9 Overall
Pros
+ Rewarding, deep combat system.
+ Solid presentation with a persistent heartbeat of a soundtrack.
+ Satisfying character progression that emphasises self-improvement.
+ Very replayable.
Cons
- Can become repetitive, although Student difficulty offers a potential timesaver.
- Lock-on would've helped keep focus on enemies in group encounters.
- Can be frustrating when you hit a skill ceiling.
- The challenge can be occasionally uneven with some sharp difficulty peaks.
Summary
It seems coming at this game late has given me a more positive perspective on Sifu. Whilst the Student difficulty wasn't available at launch, it does help wash away some of the repetition that can potentially grind a player down. Honestly, I felt the combat more than pulled its weight and controlling an encounter can feel incredibly rewarding. There's a challenge to be had but it's one that can be overcome with patient observation and persistence.