Evil West is a third-person brawler-shooter from Polish studio Flying Wild Hog (best known for Trek To Yomi and the Shadow Warrior games) which sees you playing as a gnarly vampire hunter in a Wild West setting which, you have to admit, sounds absolutely awesome on paper.

The story here is actually pretty decent.   You are Jesse Rentier, an agent of his father’s Rentier Institute, and are tasked with hunting down the Sanguisuge, a line of vampires who have been doing their best to stay under the radar but when one of their high-ranking vamps declares war on humanity, things come to a head. 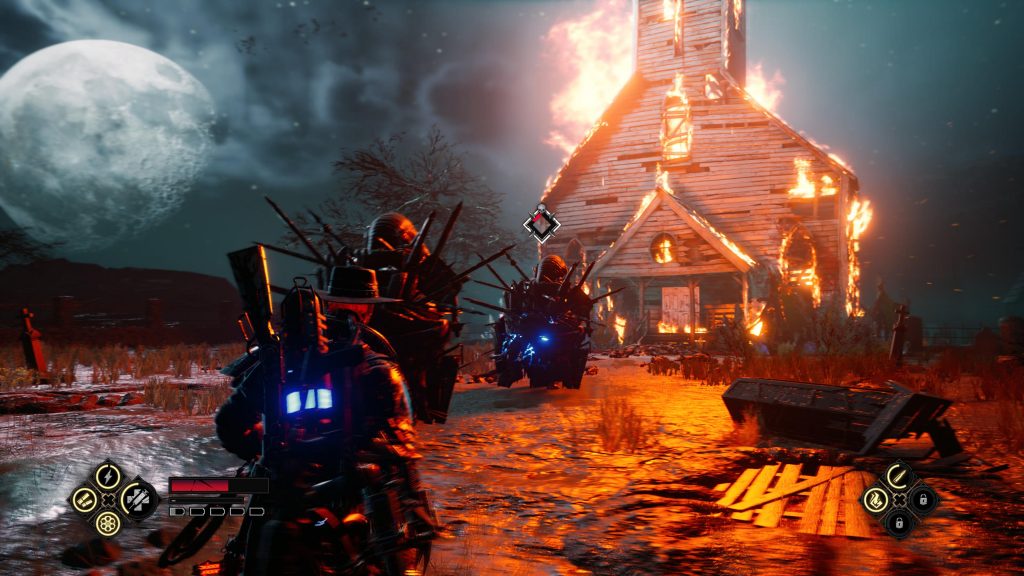 Along the way, the game introduces you to many tools and techniques that will improve you as a hunter.  Your main two weapons are a gauntlet which is used for melee combat and some puzzle solving, while a slow firing rifle allows you to fight at long range.  However, you’ll eventually unlock more bits of gear that will allow you to vary up your combat techniques.  This is good because the vampires and monsters you’ll face will also change, with new variants being added fairly constantly.

Before long you’ll be fighting giant vampires, exploding ones, imploding ones (or is that just Lost Boys?) and various demons and beasts too.  But along the way you will level up and unlock perks that can improve your damage capabilities as well as offering new moves.  It does all feel well fleshed-out even if the upgrades and new moves don’t give you a massive sense of improvement. 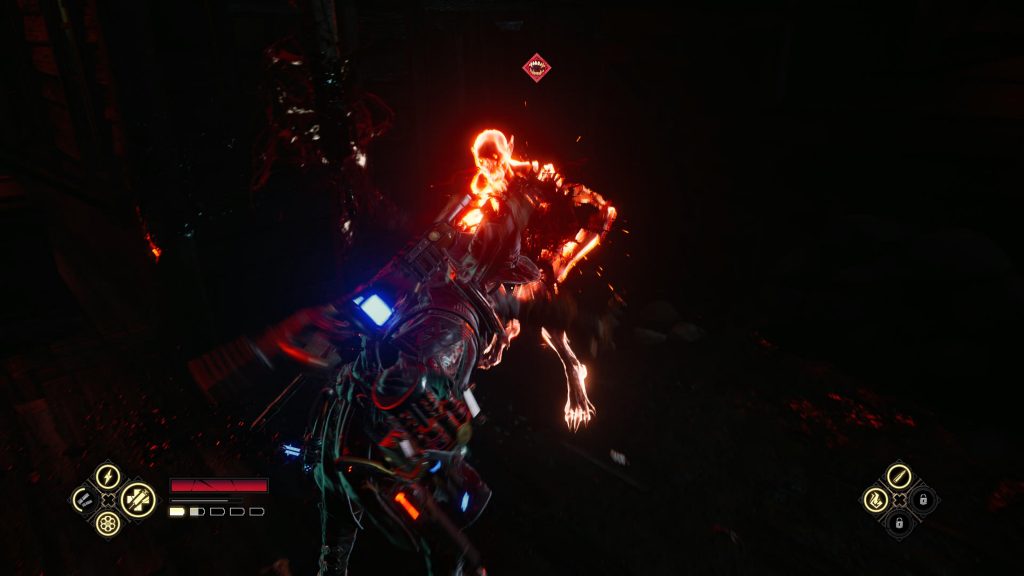 The combat is the best thing about the game though.  Enemies tend to arrive in groups rather than as a constant stream, this is good as it gives you a breather between encounters, and when altercations do occur you’ll need to really be aware of your enemies and their capabilities.  Dodging, parrying, punching, grappling and shooting in a frantic sequence is actually a joy.  Sure, the game does do the old Streets of Rage trick of introducing bigger enemies as if they were sub-bosses and then eventually making them part of the usual mobs but it’s all good fun and reasonably tactical.

While there are puzzle sections, these are usually pretty mild barely challenging you to do more than shoot a switch or punch a door.  Some gamers might want that more developed but we were glad this didn’t evolve into some sort of horrible Zelda/Darksiders mess of switches, platforms, water puzzles and so on.

The thing about Evil West is that it feels kind of old-school.  In an Xbox 360, late noughties kind of way.  From the linear levels (completely lacking in mini-maps or objective markers), chunky character models and barriers that a toddler could push over but your hardened vampire killer can’t even attempt to get past (see image below), the game honestly feels like a seventh generation throwback at times. 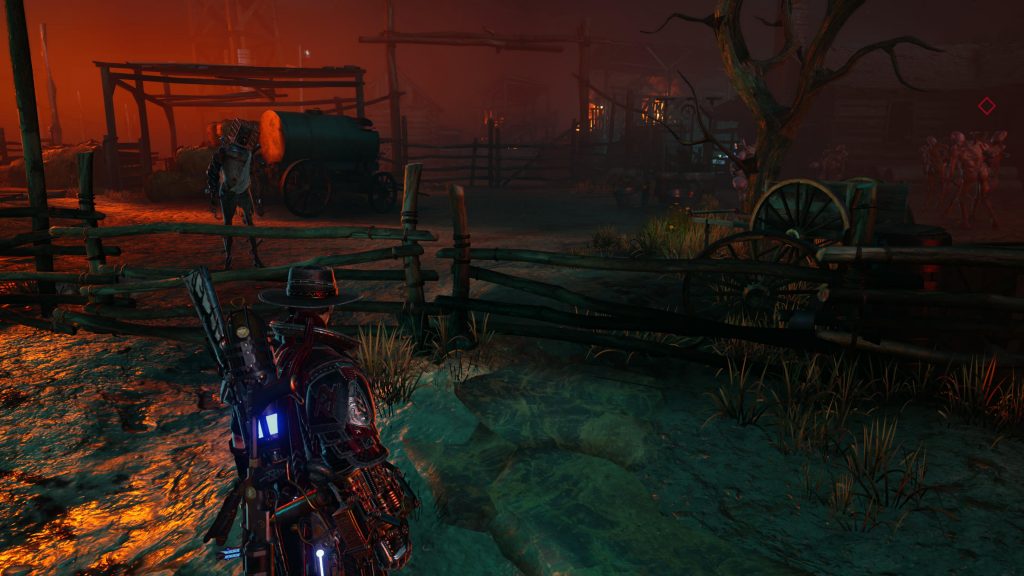 But we lived through and loved the Xbox 360 era and can’t ever say no to a lovely linear action game with big set-pieces and double-A presentation.  And so we really enjoyed most of Evil West.  That said, there were some major niggles too.

The first is that the control scheme is quite unique and takes some getting used to.  Indeed, it’s not a game that you can ignore for a few days because those unintuitive controls are hard enough to learn when the game is starting out gently, let alone when you’re in the final act and getting chased down by all manner of beasts. 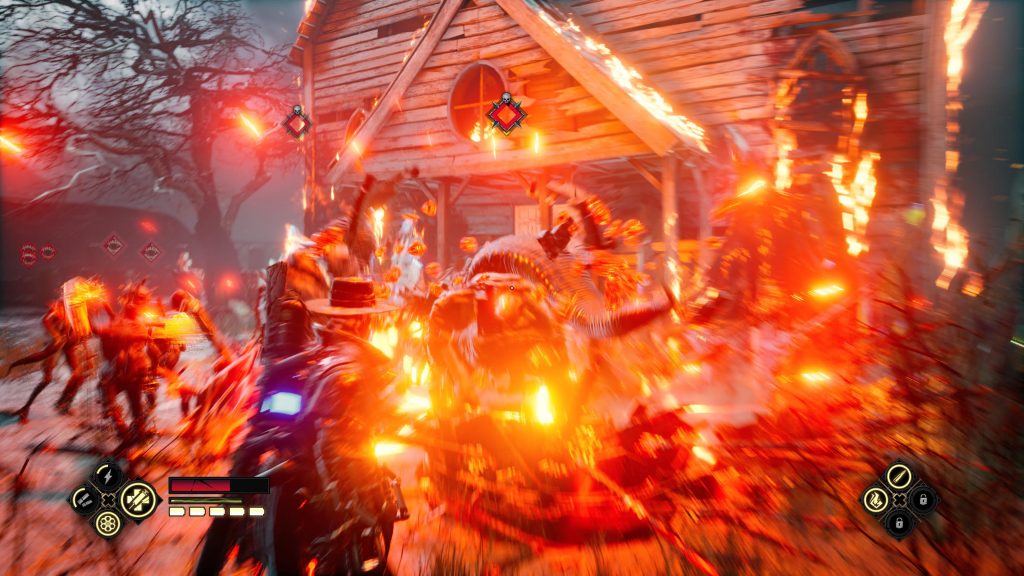 Some old-school game design needs to stay in the past and multi-part bosses are definitely in that camp.  There’s nothing worse than destroying the giant appendages of a boss only for them to grow back and be coupled with extra area of effect attacks.  At times the game can feel a little unfair and mean-spirited during these sorts of encounters.

One of our biggest issues was with the visuals though.  The game looks pretty great in its quality mode with sharp, detailed visuals that show off the gloom and gore in all their glory.  However, the performance mode really does lower the visual fidelity a lot.  And unfortunately the 60fps boost is worth it as it really smoothes out the gameplay.  So really neither setting is ideal and this is definitely the worst case of the visual quality dropping if you want the better frame rate. 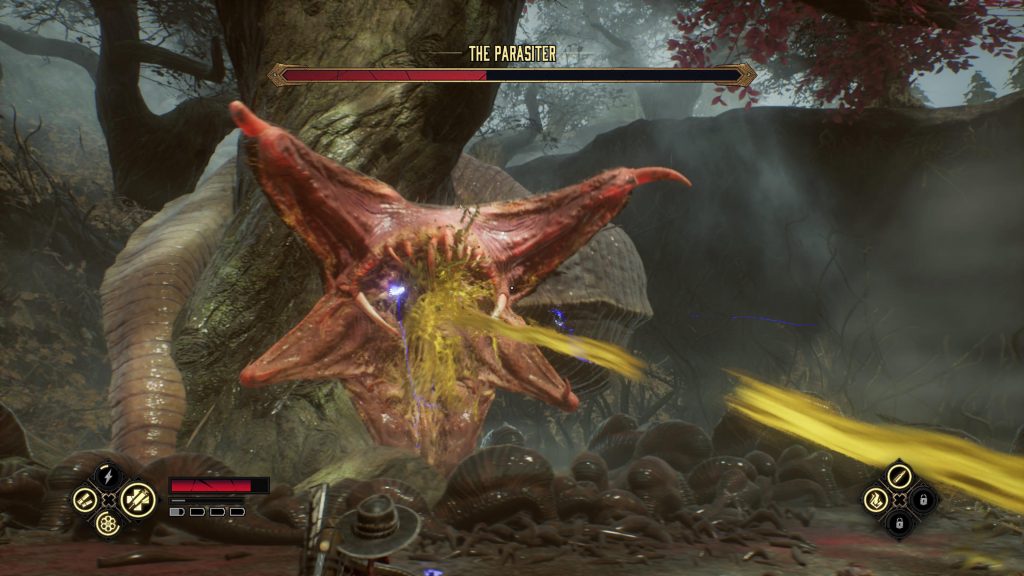 You even get some okay DualSense haptics, although for the most point they just make the controls feel a little stiffer at times.  But they do add to the sense that you are battling these ancient beasts with some fairly primitive equipment, so we didn’t mind that too much.

That said, the design work is pretty great throughout with all the monsters looking suitably scary and the character models being decent throughout.  The locations aren’t too bad either, with some nice backdrops to look at inbetween killing undead bastards.  We did enjoy the audio with its decent voice acting and excellent dark country soundtrack. 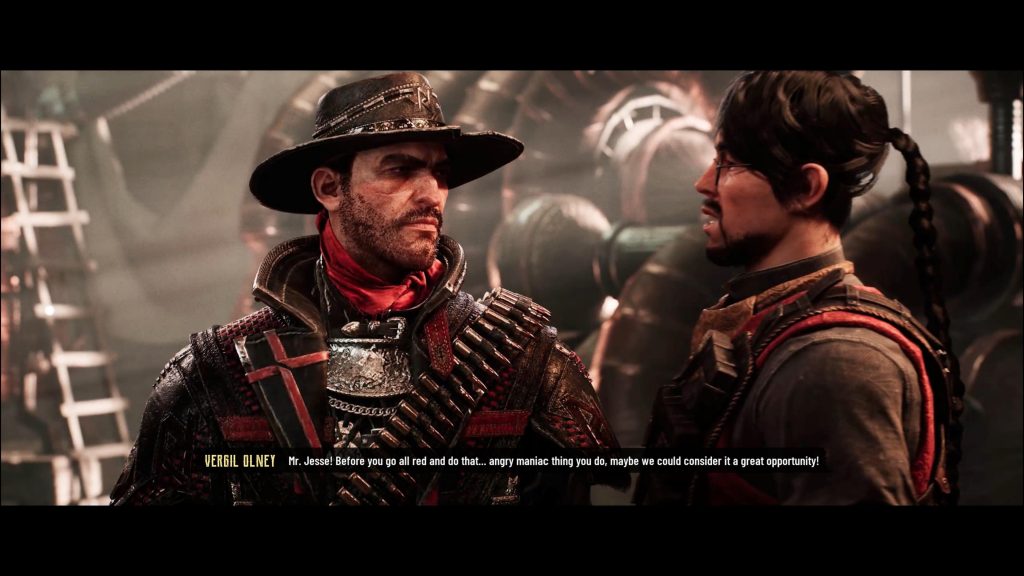 With eleven large levels (averaging out at 8-12 hours in total), this isn’t a huge game but it’s definitely long enough.  Especially as it can start to feel a bit repetitive after a while.  However, we’re pretty big marks for this type of story.  Vampire hunters tearing it up in the backwaters of America is exactly why we’re such huge fans of John Carpenter’s Vampires and this game kind of scratches that itch for us.

We can understand why modern audiences and reviewers might think it’s a bit dated but not every game has to have you running around a huge open world and the way that Evil West pushes the action at you through a linear funnel really does remind us of when gaming was at its most fun.  We like it a lot.

Evil West
8 Overall
Pros
+ Refreshingly linear
+ Great story
+ Well-presented
+ The combat is tactical and fun
Cons
- Boss battles can be a chore
- Starts to get a little samey
- Controls take some getting used to
- Performance mode makes the game look a little ugly
Summary
A game about hunting vampires in the Wild West that has the design fundamentals of an Xbox 360 title? Count us in every single time.