Indie game devs love the retro scene. That’s reflected in visuals more often than not, but gameplay can also be heavily influenced by games from the past regardless of the genre. Rise of the Third Power is one such game, with developer Stegosoft basically making a SNES JRPG but it’s on PS4. Old people, like us, will probably find a lot to enjoy though there’s something for JRPG fans in general here regardless of age. 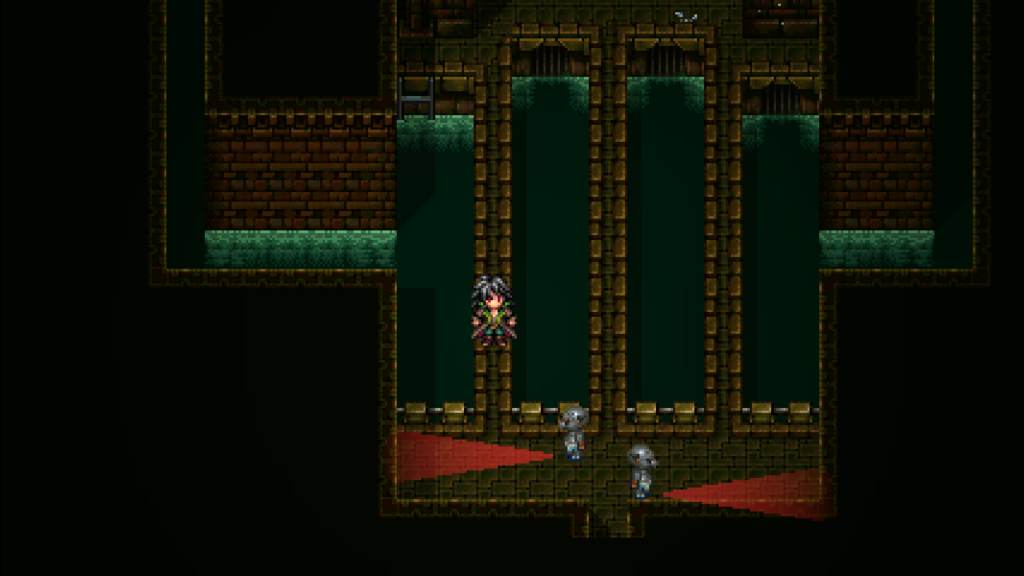 You start off controlling Rowan and Corrina who are infiltrating a castle in order to kidnap a princess at her own wedding. As mean spirited as that seems it’s for a good cause as the merging of two super powers could lead to full scale war so our heroes are out to prevent that. This opening section is strong and does a good job of introducing both the characters and the mechanics of the game.

Naturally being a SNES-style RPG the graphics are 2D sprites with the environments viewed from a ¾ angle. You can walk left, right, up and down to interact with switches or treasure chests. As you’re infiltrating there is actually a minor stealth element as well which carries throughout the game. Enemies who are patrolling will have a vision cone which you can avoid. If you get to the enemy without alerting them then you can move before them in the battle, regardless of your speed. You can also avoid the fight altogether if you want though you’ll miss out on those sweet experience points if you do, which are shared across all characters regardless of if they’re actively fighting or not. 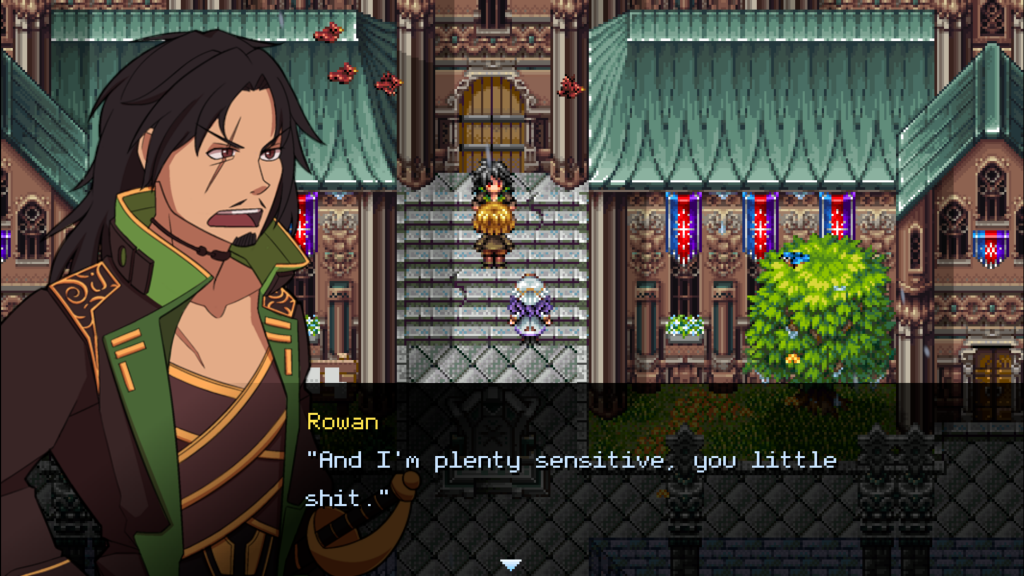 Battles are turn based with your party of up to three characters lining up on the right hand side of the screen and the enemies on the left. You can see the turn order at the top of the screen and you get to choose your action from a menu. Each character has a unique set of abilities so even their basic attack isn’t so basic. Rowan’s attack causes bleeding, Corrina’s attack does more damage if the enemy is bleeding whilst the third character you get wields a cannon and each attack uses mana so when you run out you need to reload.

Each character’s mana pool is different as well, with the cannon wielder and Corrina both starting with plenty of mana whilst Rowan doesn’t have much at all but gains more with each attack he both makes and takes. These fit with their class profiles, as Rowan has the ability to taunt enemies to attack only him and he has a hip flask of booze which will both power up his attacks and regain his health. Corrina can cause bleed or send enemies to sleep for a few turns which helps control the battle. The third character can ‘prepare’ which makes her next attack more damaging and can target all enemies. 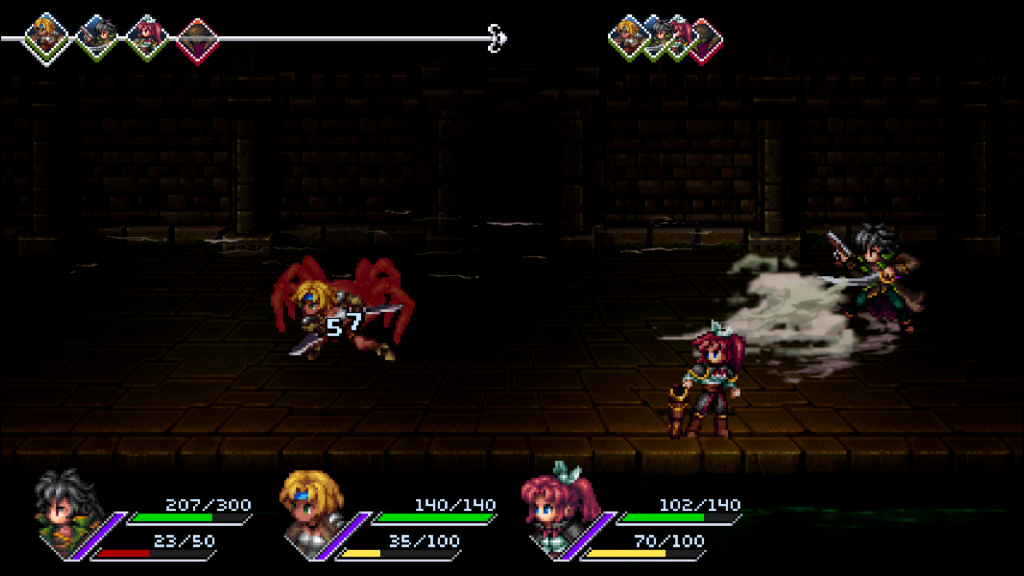 You’ll gain more characters throughout the game, naturally, and although there is some overlap in utility each is unique with skills that work well with other characters which makes experimenting with different combinations fun and worthwhile. You’re also incentivised to try different combinations as characters can learn team attacks which use focus and cause high damage and a variety of effects.

There is an exhaustion mechanic where characters will become more tired as you use them and if they fall in battle then it will go up dramatically. Let their exhaustion get too high and they’ll sustain an injury so again, once you’re able, swapping characters in and out will keep that under control or staying at an inn will refresh everyone. Otherwise the combat is quite easy (on the normal difficulty) but there’s more to it than just selecting ‘attack’ over and over again which is nice. There are higher difficulties to choose from but, although enemies don’t respawn by default, you can choose to respawn them and so grinding will get you through if you’re into that.

Outside of battles and dungeons you’ll get story sections which involve a lot of reading, there is no voice acting, and you’ll get to explore towns and an overworld map. The characters are all pretty likeable with 2D character portraits showing a few different poses which is nice and they all develop in their own way. Towns offer up chances to do the odd side quest, buy items and materials so you can upgrade your characters and rest if needs be. You always know where to go to next on the world map but there are areas off the beaten track which can lead to chests or completely optional areas. 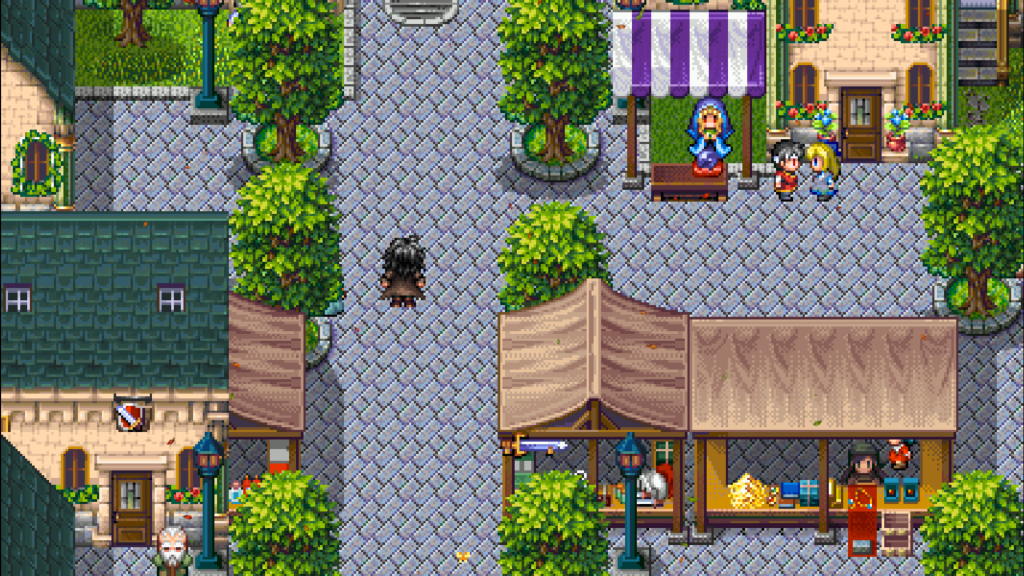 Rise of the Third Power is quite simply an enjoyable game. As I said it’s not difficult really if you use your character’s abilities well so things keep moving at a decent pace and although there are some longer story sections they were never overly long or wordy. You can choose from a skill tree how to level up your characters so I will say that it is very easy to unlock all the character’s abilities at which point battles will play out very similarly, at least non-boss battles, rather than gradually unlocking skills and evolving your play style.

Presentation-wise it does what it sets out to do. The environments and character sprites as you explore are very reminiscent of SNES visuals, whilst the sprites are more detailed when you get into battles but are still SNES adjacent. There are effects that wouldn’t have been possible thrown in here and there but they don’t look out of place either. Character portraits are hand drawn and not pixelated at all which is slightly more off putting but they’re drawn well enough and you adjust to it pretty quickly. 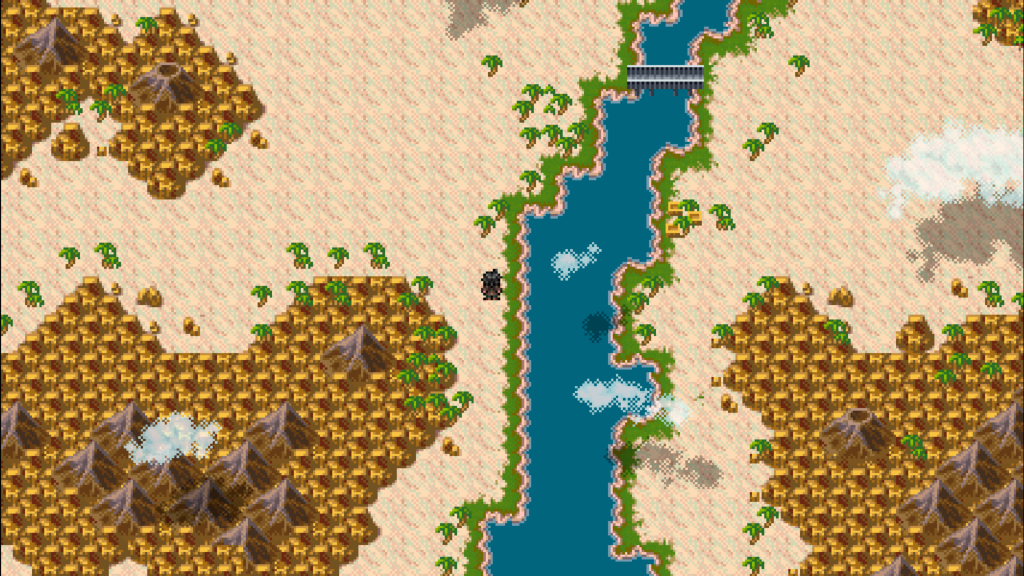 All in all Rise of the Third Power is worth your time if you’re looking for a SNES style JRPG experience in the space year 2022. At no point did it wow me or blow me away but neither was I bored or easily distracted. It’s a solidly made game that seemingly does everything it sets out to do to a commendable level with a large amount of content for a reasonable price. If at any point during this review your interest was piqued then chances are you won’t regret giving it a try.

Just make sure to manually save (which can be done at any time from the menu) as the autosave function does not work correctly on release!

Rise of the Third Power
7 Overall
Pros
+ Enjoyable battle system
+ Good mix of likeable characters
+ Accomplishes its SNES-like ambitions
Cons
- Battles can get a little samey
- Character portraits break the visual aesthetic
- A smidge too easy on Normal difficulty
- Auto save doesn't work at time of release
Summary
Rise of the Third Power attempts to replicate a SNES era JRPG and does a very good job of it too. The combat is interesting and characters likeable which makes for an enjoyable adventure.