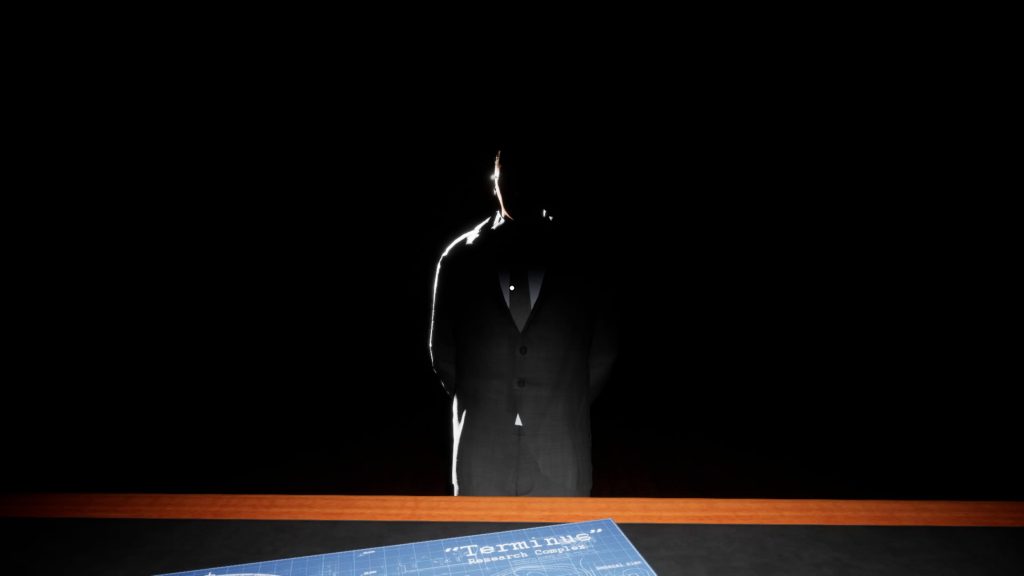 Comedy video games are a sub-genre with a laboured past. You either get the games that are built around a story and great gameplay with comedic elements like the Sam and Max series; games that are purposefully bad, yet fun like Octodad: Dadliest Catch or they end up being bottom barrel stuff like Eat Lead: Return of Matt Hazard which seeks to poke fun at gaming tropes, despite being awful itself. The thing to remember with all this though is that comedy is one of those things that can be very changeable for the person. You could loath Sam and Max for its surrealism, you could hate Octodad for its purposefully shonky physics, while loving Eat Lead for its simple, Scary Movie approach to parody. It depends entirely on you as to whether the comedy will carry the rest of the game for you and which styles or jokes that you will resonate with.

This is something to consider when reading the below review for Protocol, a title by Fair Games Studio which claims to be a Sci-Fi comedy with a hint of horror. In this game, you play a nameless, recently divorced soldier who has signed up to take part in the Protocol. A programme designed around strict guidelines one should take when encountering extra-terrestrial life and making first contact. These rules being so strict, that any deviation or illusion of choice is shattered thanks to a zero-tolerance policy set by the agency, resulting in a nuclear warhead cleansing you and the location you are working through. 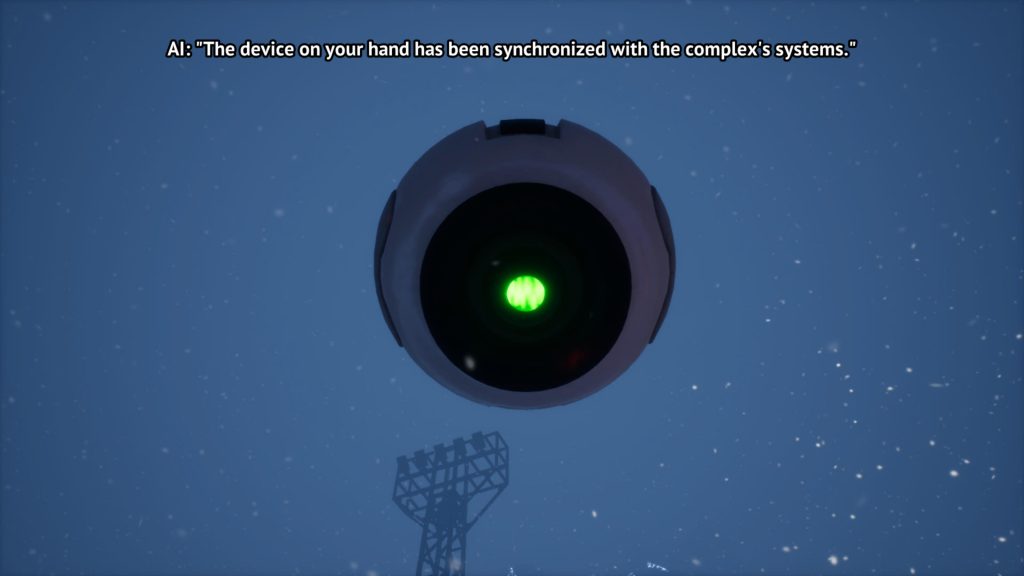 This all sounds simple at first and conjures thoughts that wrong choices or actions will be because of something of consequence. However, the game punishes deviations of and reinforces mundanity. An early example of this comes in a moment where your character is told to use a certain coloured terminal to access a section of the base. Pick the wrong colour and you get nuked, resulting in replaying the section beforehand to try again. This is fair enough, as I clearly picked the wrong colour and within the confines of Protocol’s logic, it sets the tone for the rest of the game.

Sometimes, the instructions are not so clear cut. There is another early section where your character must find a toilet in which to relieve himself. It is not expressly explained or encouraged, but if you do so without lifting the seat before you do so, then you commit an act of gender discrimination and therefore break the protocol. The only clues you get beforehand are signs on the wall which state that this is the right way to do things. It is purposefully set up in a way that most players will not notice these signs as there was no prior indication that these environmental details mean anything, resulting in a failure state and retread through previous content to get back to this point. 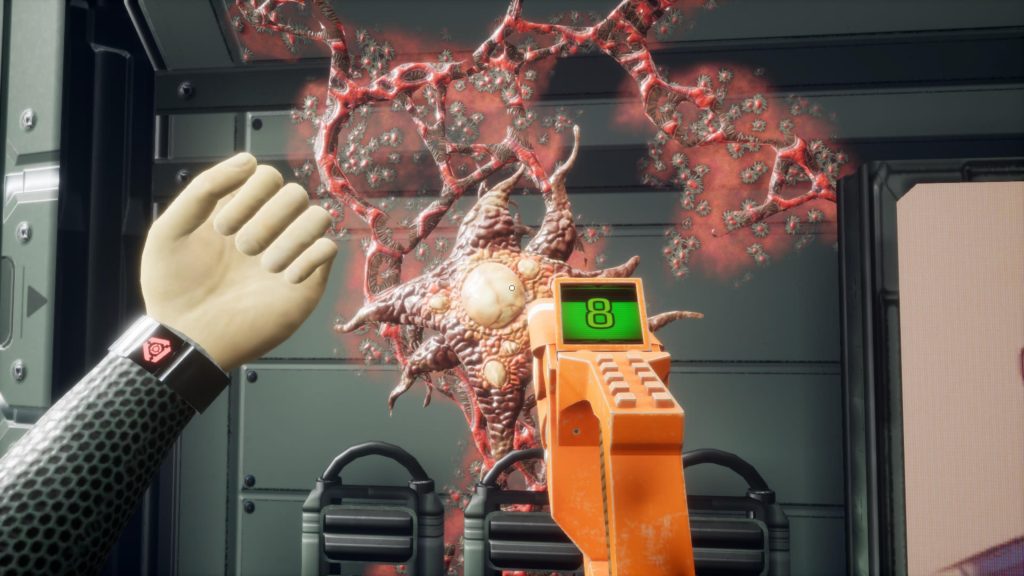 Sadly, it’s around this point that Protocol has shown most, if not all its cards as this minorly clever “gotcha” moment is replaced with tedium and trial/error moments that feel forced.  None of what follows is particularly challenging. Instead, Protocol is a game that revels in its ability to frustrate, even including a disclaimer at the beginning of the game that suggests as such. This comes in the form of designed aspects, such as the slow walking speed, the way the guide AI says “have a nice day” before the player gets nuked and the mundane, retreads of previous content while listening to the same dialogue as before.

Things take a turn for the worse when you encounter the issues that do not seem part of the design. Ranging from progress halting bugs that see you lose key items through floors, poorly thought-out controls for minigames (imagine playing a poor copy of breakout, only you control a finger across a touch screen with the right analogue stick with very precise hitboxes), the long loading screens (Even on PS5) and the sheer fact that the comedy does not hold up the first time hearing it, let alone the fifth repeat. 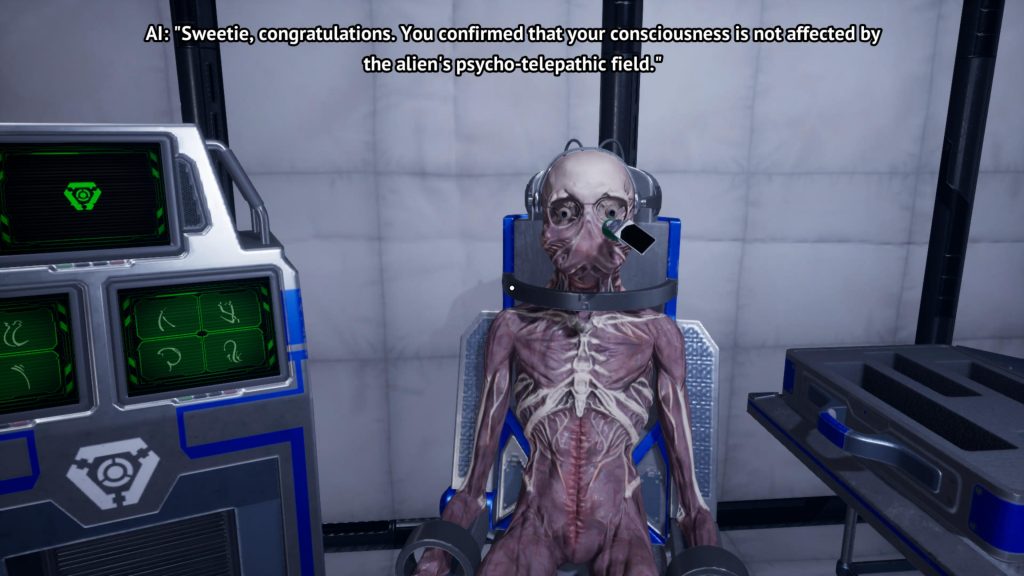 This is where the meta-goal falls flat. Protocol isn’t necessarily about reaching the end of the game, but instead more about experimentation and finding all the ways in which you can break the Protocol. This is chronicled in a list on the main menu and tracked throughout the adventure. However, there is little incentive to do so after encountering these “purposefully” frustrating punishments as they make this side-task completely irritating to do. I fear for any trophy hunters that undertake this task as they are in for one hell of a slog with little pay-off.

See, for a game that relies on comedy, it is almost supposed to be the crutch that keeps the game afloat, giving you reason to persevere if all else fails. In an equal sense, it fails as much as the game feel does. As I previously mentioned, the character you play is recently divorced and a short while into the game, the AI that guides you through the Protocol takes on the virtual form of the protagonist’s ex-wife. Because people tend to perform with more gusto when in the presence of someone, they want to prove wrong or be better than. What follows throughout the story are some heated exchanges between your character and the AI as they essentially squabble like hens in heat. 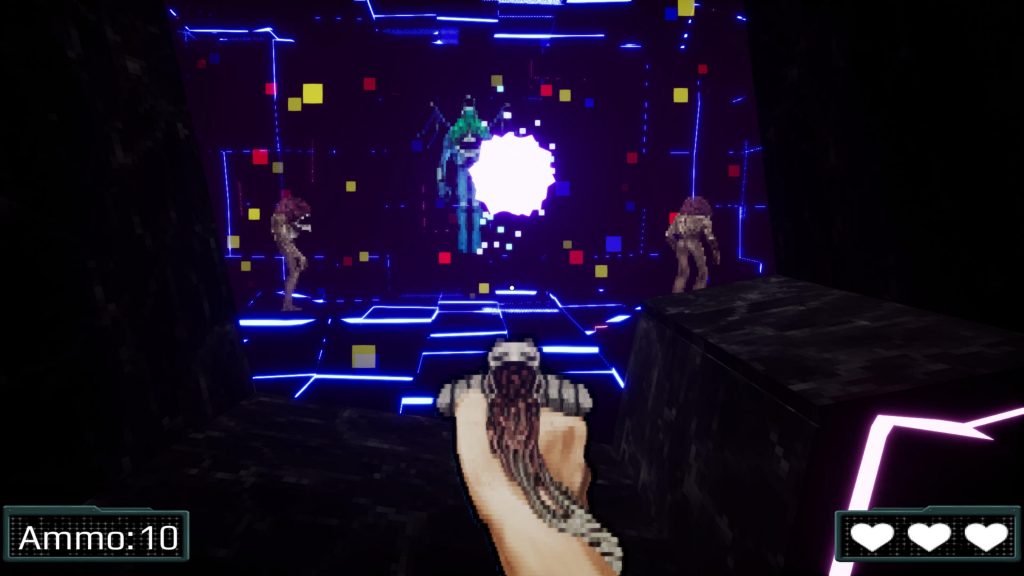 I don’t know about you but being in a room with a couple that are at their end, going at it with each other is not my idea of a good time. To say the least, the dialogue at least accurately portrays the awkwardness and snideness of the whole thing. This carries on throughout the game, whether you are engaging in alien autopsy’s, interrogations, or the many retro-gaming knockoff moments such as Breakout, Doom or Space Invaders. No matter what you are doing, you will always have that snide voice in your ear and a snarky protagonist biting back at it.

At very least, for Protocol I will say that the gameplay is at least somewhat varied. With this taking place in the first person. You begin playing it like a walking simulator with environmental puzzles. Later, this becomes a first-person shooter of sorts, ignoring the harshness of the protocol concept slightly (thank god) so you can play something that resembles something fun. Sadly however, even in these moments this sense of fun is only skin deep and there is little to no substance to anything you do in the game. It stands that the reason for so much of this variation was down to the fact that Protocol was initially designed as a VR title. The only issue is that despite the PS4 having a capable headset, this mode is not present here, leaving the core product feeling janky and broken in most places. 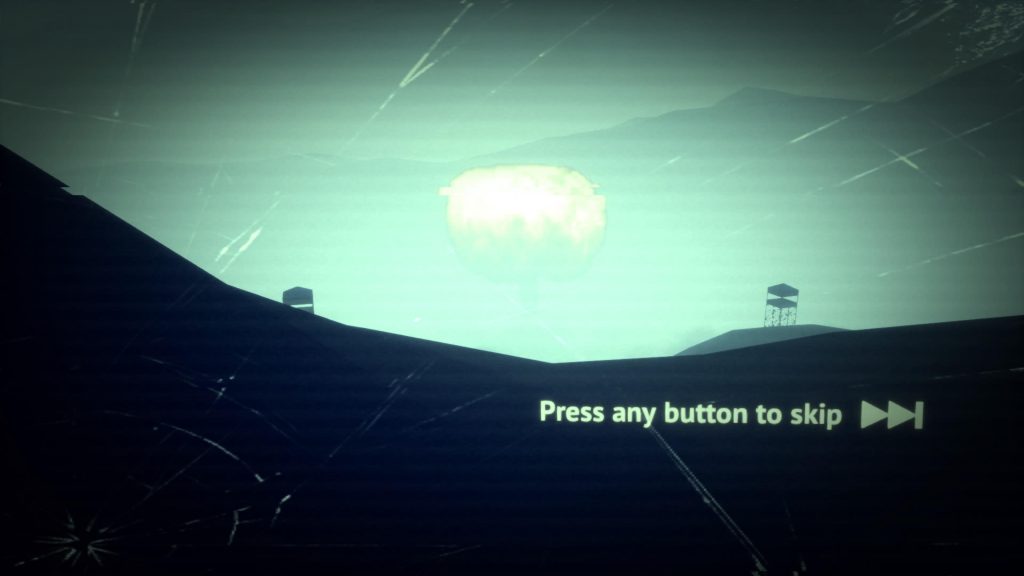 Unfortunately, despite its initial promise of something interesting with a quirk, the Protocol falls flat the moment it relies on its comedy or the designed frustration. This is one to miss, have a nice day.

Protocol
4 Overall
Pros
+ Genuinely good idea for a story and gameplay concept
+ There is at least some variety
Cons
- Fails to capitalise on any of its innovative ideas
- Poor comedy that relies too much on divorce jokes and poorly thought-out story beats
- The concept of playing to try the many methods to break protocol is undermined by the punishment of “failure”
- Frequent poor performance, from frame rates to momentum breaking bugs
Summary
Despite the initial promise of an interesting story with a comedic quirk, The Protocol falls flat on nearly every fundamental level. The gameplay is tedious, the comedy doesn’t land and for all of the title’s good ideas; the game fails to live up to or capitalise on any of them.