Project Zero (aka Fatal Frame) is one of the forgotten survival horror games. Coming a little after Resident Evil and Silent Hill there were three titles on the PS2 and then it kind of just disappeared. It didn’t actually cease to exist, with a Japan only title on Wii and a Wii U exclusive title but it never gained the following that those first games probably deserved. Project Zero: Maiden of Black Water is a PS5 port of that Wii U game and although it has a lot in common with those older games I would no longer call it a survival horror. 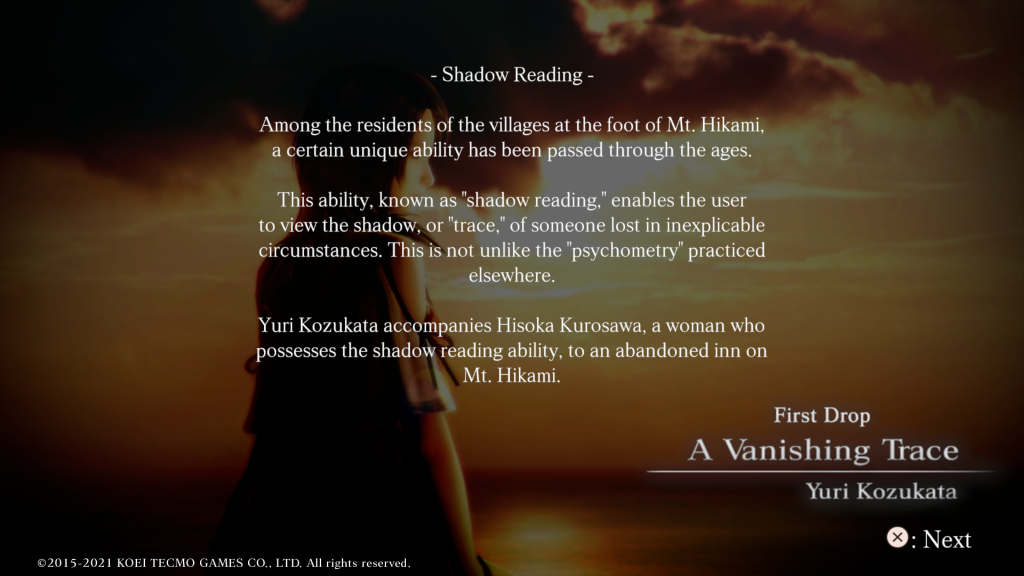 After a short prologue you take control of Yuri as she accompanies Hisoka to a location in search of an object. Hisoka can shadow read, which means she can find traces of people or objects through their connection to the spirit realm and Yuri also has this gift. This also makes them aware of ghosts which come in threatening and non-threatening types and naturally this place is full of them. To combat them rather than using guns you have the Camera Obscura, a camera that can damage ghosts by taking pictures of them.

The story progresses to looking for missing people and you take control of a few different characters throughout the story though apart from some minor differences with how their cameras work they generally play the same.

Rather than the fixed cameras of the original releases here you have a more modern behind the back viewpoint as you run around and explore the environments. You can summon a trace of what you are trying to find at pretty much any time to lead you in the right direction, keeping an eye out for items and documents along the way. 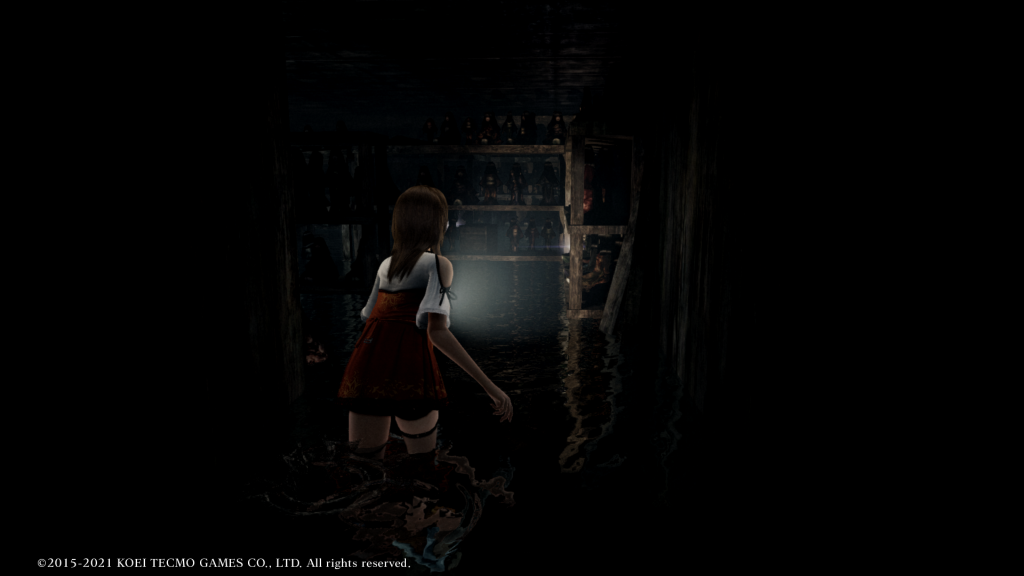 Sometimes you’ll round a corner and a ghost will appear briefly in front of you. These won’t be hostile and you’ll only have a short time to raise your camera and take a picture. Doing so will add to a collection, so you’ll want to get all of them if you’re going for 100%, and also net you points. Points relate to an overall score at the end of the level and can also be used to upgrade your camera to increase its range or reload speed among other things.

This will come into play when you encounter a hostile ghost. These come in many forms and will slowly float around you before attacking in their own way. Being a ghost they can float through walls and fade in and out making keeping track of them less easy than you’d think but the camera gives you a strong weapon against them. You’ll get different films to use which effectively turn it into a stronger but slower reloading weapon and you can get new lenses which will give you a special shot with a certain effect like giving you back health or granting you more points. 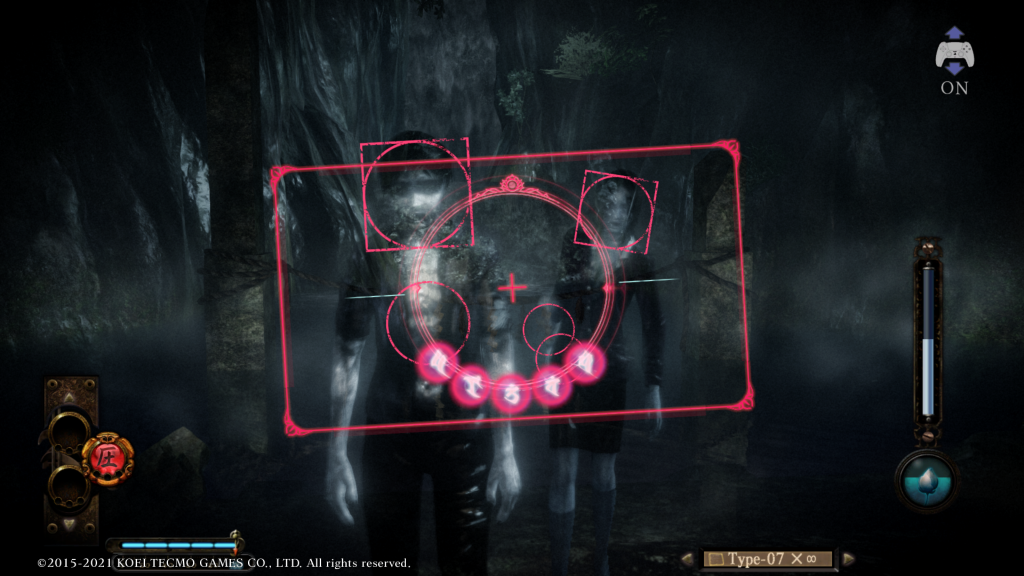 Rather than just taking shots of ghosts and chipping away at their health there are a couple of methods to doing more damage and gaining more points. One is waiting for the ghost to attack and taking a photo at the last second which then allows you to rapid fire shots without worry of reloading or using film. The second relates to getting multiple subjects in the frame at once, with five subjects delivering a very powerful blow. When a ghost is defeated you’ll sometimes be able to touch their dissolving body to gain additional points or more interestingly see a vision of how they died. This is also a collectible.

The game is split into levels rather than one big survival horror adventure area to explore and gone are the puzzles too. The closest you get is having to take a picture of a door which will give you a clue to where the key is or having to replicate a photo by finding the location and taking a picture from the right distance and angle. It’s where the game falls down for me. 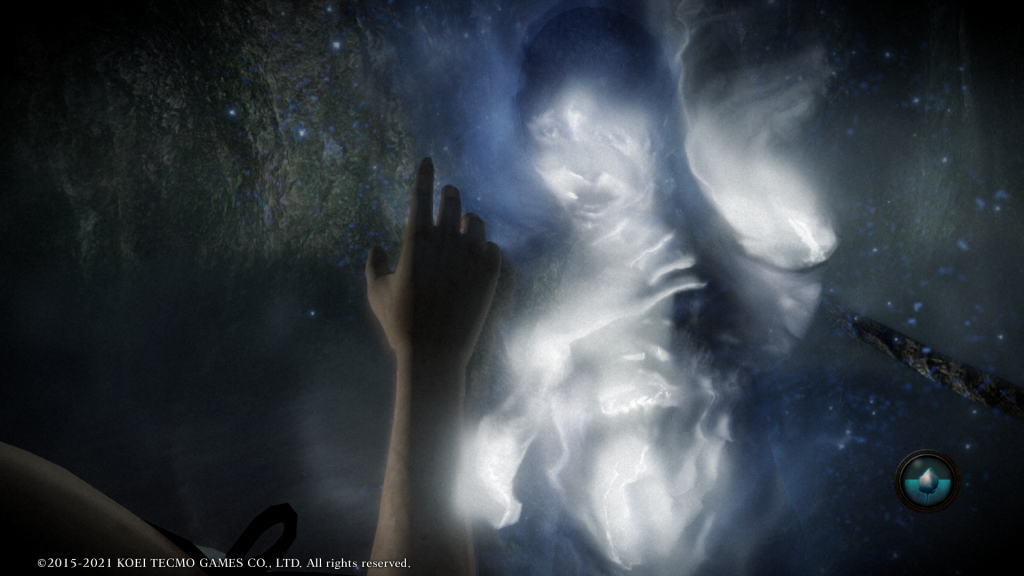 I like survival horror so splitting the game into levels and removing the exploration element is a real shame. Horror is decidedly absent as well, unless you have an irrational fear of ghosts then the game does little to actually scare you. The older games were quite unnerving back in the day, though that may not be the case by modern standards. My main problem with the game is the pacing however.

Some levels take about half an hour to get through and these levels are the better ones. Relatively bite sized with the odd ghost fight here and there as you make your way through the linear level. In the middle portion there are quite a few that take about an hour however and these are too long. They are a slog and are padded by too many ghost fights. The ghosts should be used as an exclamation point for certain sections but instead they just appear constantly at times which again negates any fear you may have. Although there are quite a few different designs you fight so many that you’ll end up seeing them over and over again as well. 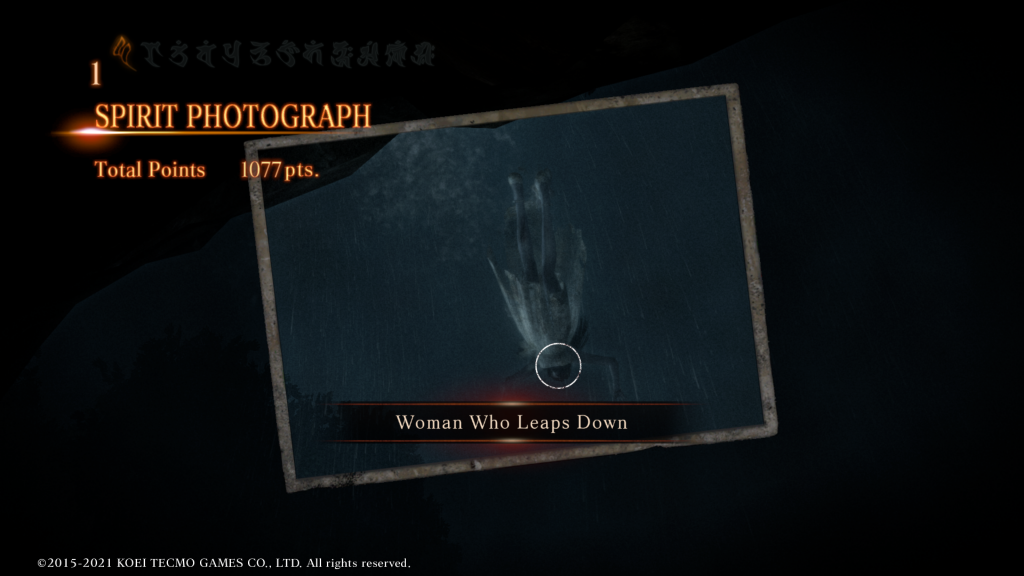 This reaches its peak, suitably, in the final level which took me over two hours to beat and had fight after fight. The thing is it wasn’t an epic finale, it was tedious. Being greeted by a ghost should induce panic, not a sigh. Combined with returning to the same locations over and over the game feels like it has very little content stretched to over ten hours which makes it feel much longer.

Once you beat the game you unlock a harder difficulty and an extra set of chapters as well. They play differently with an emphasis on stealth and the levels are super short which actually makes them a decent addition. You get rated based on your points per level so if you want to go for those S+ ratings then you can replay levels as you want as well, with points also used to buy new outfits and accessories for the characters. 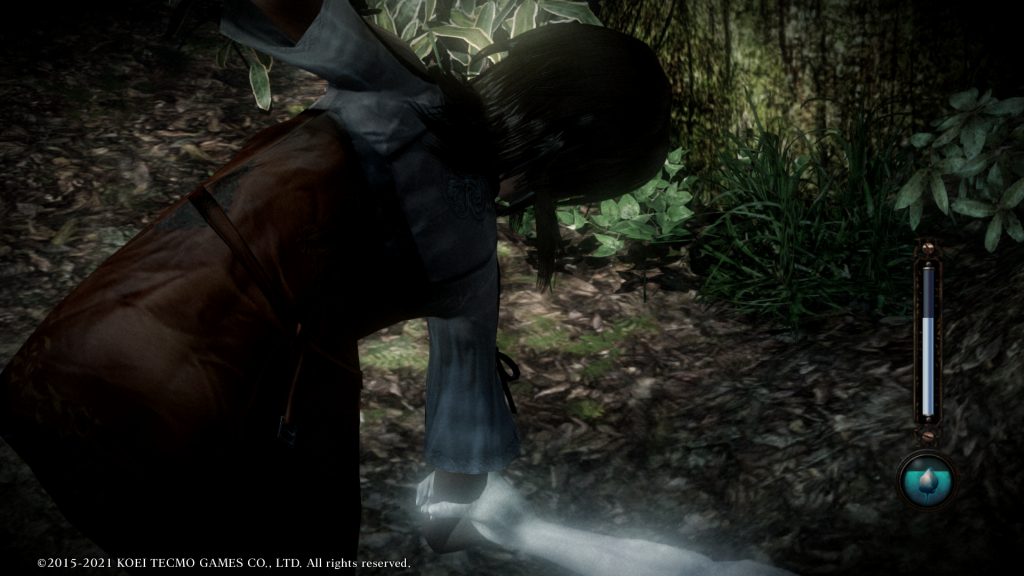 There haven’t been many major improvements for the PS5 release from the Wii U version. The game looks decent, especially the character models and some of the ghosts but the environments are pretty barren with some blurry textures. The vibrations whilst not particularly subtle or specific to certain actions are powerful and the game loads very quickly, to the point where when the loading screen pops up it’d probably be better if it didn’t bother. As with the Wii U version you can use motion controls to move the controller and control the tilt and aim of the camera and doing so in conjunction with the analogue sticks actually becomes natural very quickly though it is optional.

I found Project Zero: Maiden of Black Water to be disappointing. Sure controlling a character in tight spaces can be a pain, the English voice acting is a little stilted (Japanese is available) and there are even some poorly designed instant death sequences but it’s the structure the game has taken which ultimately irritated me the most. The shorter levels are better but even those can just feel like running through a level whilst ghosts constantly jump out at you. Like a slower, less fun House of the Dead rather than an adventure experience. Some levels go on for far too long, especially for a game that seems to want you to replay them for score. 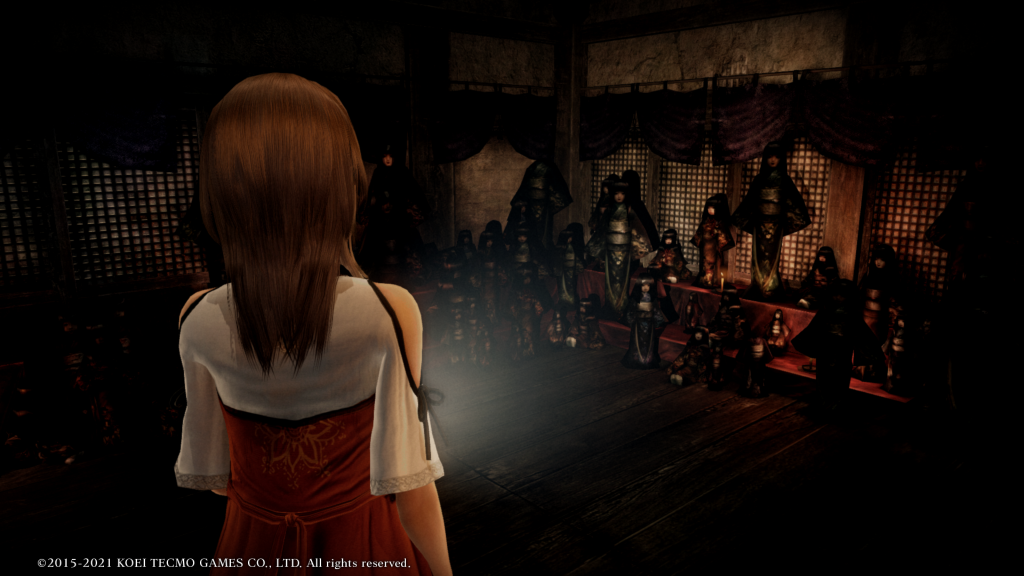 There is some fun to be had. In moderation the ghost fights can be enjoyable and there is a story here with multiple endings (which requires playing through the ultra long final level over and over unfortunately) and there is a replay value with the harder difficulty and accumulating points to upgrade and spend on things but it’s best suited to shorter play sessions so that the repetitive nature of the gameplay and environments don’t overwhelm you.

Project Zero: Maiden of Black Water
5 Overall
Pros
+ Fighting ghosts is quite involved
+ Good replay value
+ Plenty to collect
Cons
- Constantly reused ghosts and environments
- Levels can go on for too long
- Very linear
Summary
Project Zero: Maiden of Black Water is a different beast to the original games from a few generations ago which isn't necessarily a bad thing but the repetitive locations and enemies combined with the dragged out levels turn what could have been a spooky adventure into a tedious one.