Papa’s Quiz is, as you can probably guess, a quiz game that supports 1-8 players and comes to us from Swedish developers, Old Apes.  It uses web-based technology much like the very popular Jackbox Party Pack titles so essentially you’ll have one player one their joypad and the others joining on mobile devices and PCs.

The game is set up like a quiz show with Papa and his assistant Monty handling hosting duties.  Each player customises their avatar first and this actually offers a fair bit of scope as you pick faces, clothes, accessories as well as choosing a name from preset combinations.  Once that’s done and everyone is ready to go, Papa sets up the first of five rounds of quiz action.

Each round tasks you all with answering questions in a multiple choice format with you pressing buttons in an up/down/left/right formation (either the face buttons on your pad or the same configuration on a mobile screen).  It’s all pretty straightforward stuff but responsive enough which is important as time matters when it comes to points. 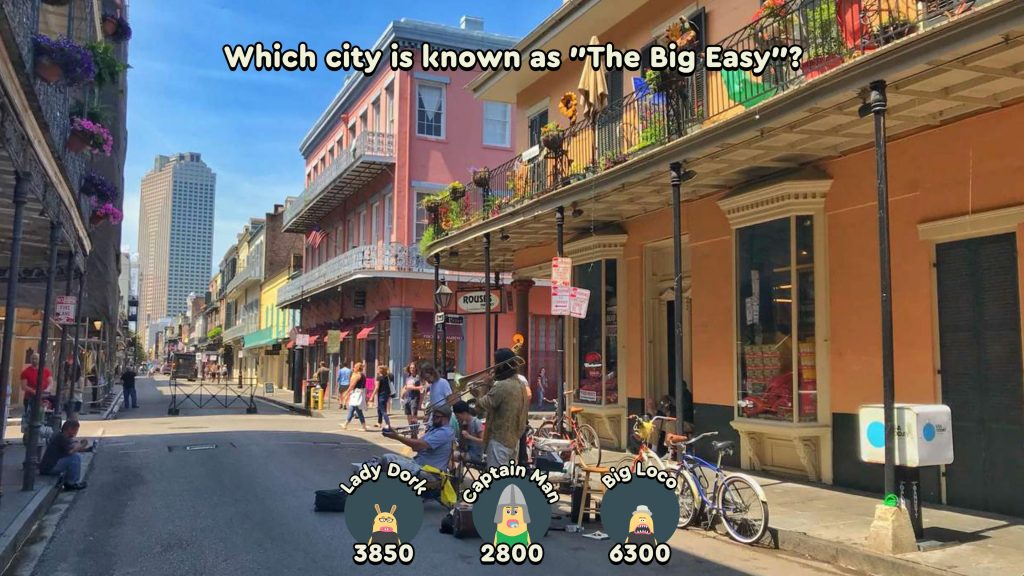 Between rounds the players get to wrestle the controls to try to pick a category and these are wildly varied taking in a large range of subjects.  It can be a tad US-centric so bear that in mind if you’re looking to import the game or buy it on the US PSN store but there’s a good range to pick from and it offers categories for kids too.  Although these can be as specific as ‘Pokemon‘ and things like that, hence the need to battle for the choice of subjects.

As with a lot of prime quiz shows on TV, Papa’s Quiz does mix things up too with rounds based on photos where players have to be the first to buzz in while other variations allow you to steal points from each other.  It’s all good clean fun though and the game handles all of the quizzing aspects just fine.  We’re huge fans of the mobile functionality you get from the Jackbox games and so we’re always happy to see it being used elsewhere. 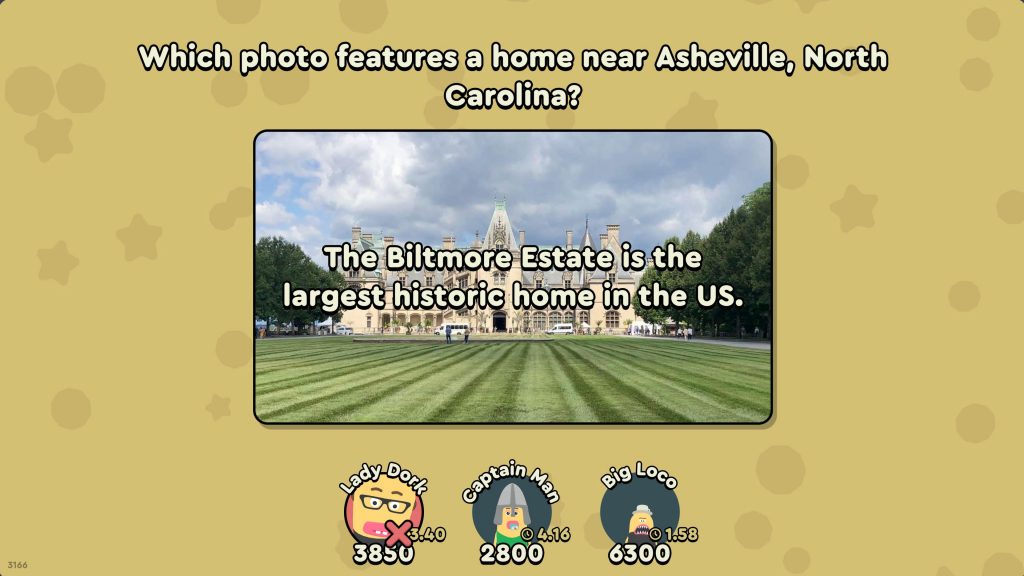 Of course, if you’re happy with just straight up quiz gameplay then that’s all good but the daftness of Jackbox is its main draw and that craziness doesn’t really exist here.  You get to do a little victory dance but that’s about it and so you might find this a bit too staid to be a good party game.  However, as the videogame equivalent of a board game this would work very well in a family setting .  However, it’s not just the gameplay that is a little stiff.

The game’s master of ceremonies is the titular Papa who is basically a text-to-speech program with an Indian accent.  There’s no emotion in what he says, it just sounds like your car’s GPS or like a poorly-conceived telephone message telling you that your ‘Microsoft Windows has just been hacked’ or something.  It’s so jarring because we’re used to the voice recordings of Jackbox which all have a ton of personality. Papa’s English robot assistant, Monty, also has an equally flat delivery. 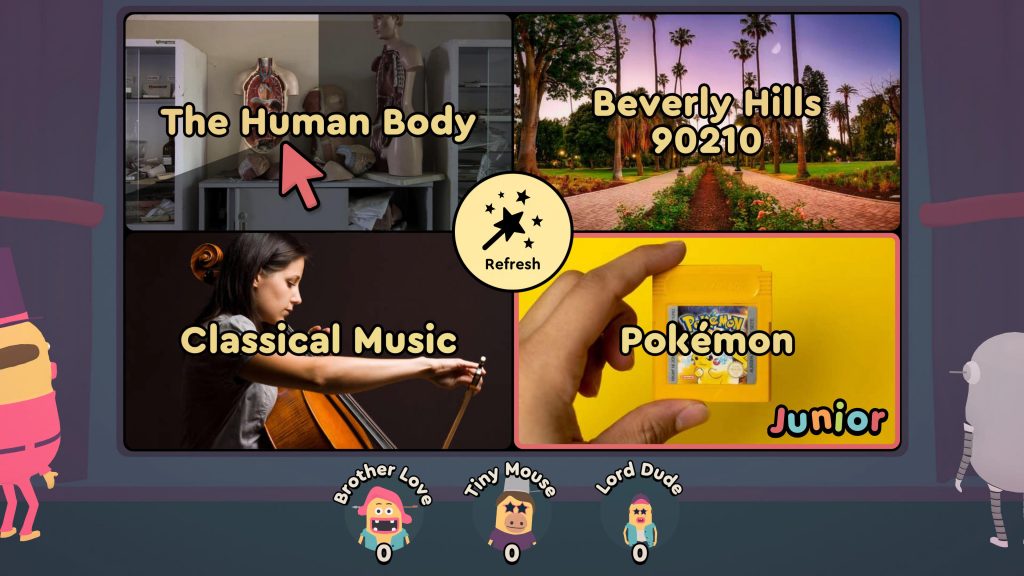 Visually you get the same clean, cartoony look that the Jackbox games have and between that and the very clean interface, this is a smartly-presented title.  There’s no surprises though and nothing really stands out but again, this is just a game that wants to present quizzes so we’re not expecting PS5-quality eye candy or anything.

So in summary, we’re not sure this can ever supplant the mighty Jackbox when it comes to the team’s ‘Big Wednesday’ online sessions.  If it could keep things more entertaining, then we’d be more inclined to keep dropping into Papa’s Quiz, and for sure there are more than enough questions on offer to keep the quizzing going for months.  However, with everything feeling as stiff and detached, Papa’s Quiz isn’t going to be a game we’ll be returning to very often.

Papa's Quiz
6 Overall
Pros
+ Lots of questions
+ Smart controls
Cons
- Voices spoil the atmosphere completely
- Some variation but not much compared to the competition
Summary
Papa's Quiz uses Jackbox-style technology to offer up some solid quiz gameplay. The stiffness of voice acting hurts the atmosphere though and ultimately the game is a bit too dry to really succeed as a party game.