From the makers of the excellent Guacamelee! games, Drinkbox Studios, comes Nobody Saves the World on PS5. It’s quite a departure from those games with their Metroidvania level layouts, technical platforming and combat. Instead you walk around a top down world which looks similar to an older Zelda title but with a focus on combat rather than puzzles. 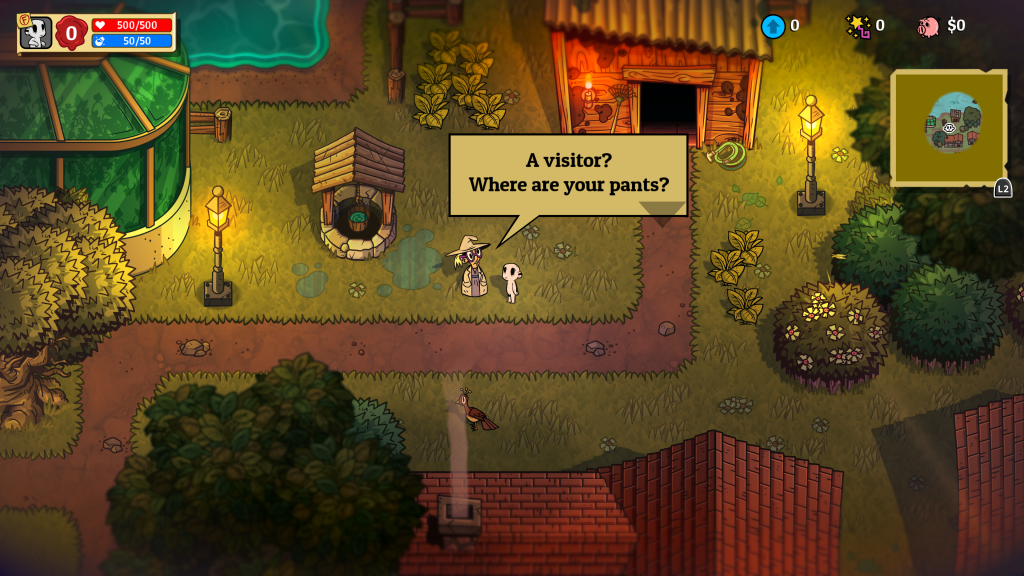 You wake up in a shack as a naked nobody. You have amnesia and a vacant look in the holes where your eyes should be. You’re told to talk to Nostramagus the powerful wizard as he’ll know how to help you but he’s not at his house, instead all you can find is his wand and a note asking for aid. As you’re given the tutorial for the controls you complete enough quests to unlock the ability to turn into a rat.

This is the key mechanic for Nobody Saves the World. You unlock a new form, in this case a rat, and gain new quests related to that form. They’ll be simple things like using a specific skill on enemies a certain amount of times and upon completing the quest you’ll get some experience for that form. Gain enough experience to gain a level and you’ll unlock new abilities and new forms. 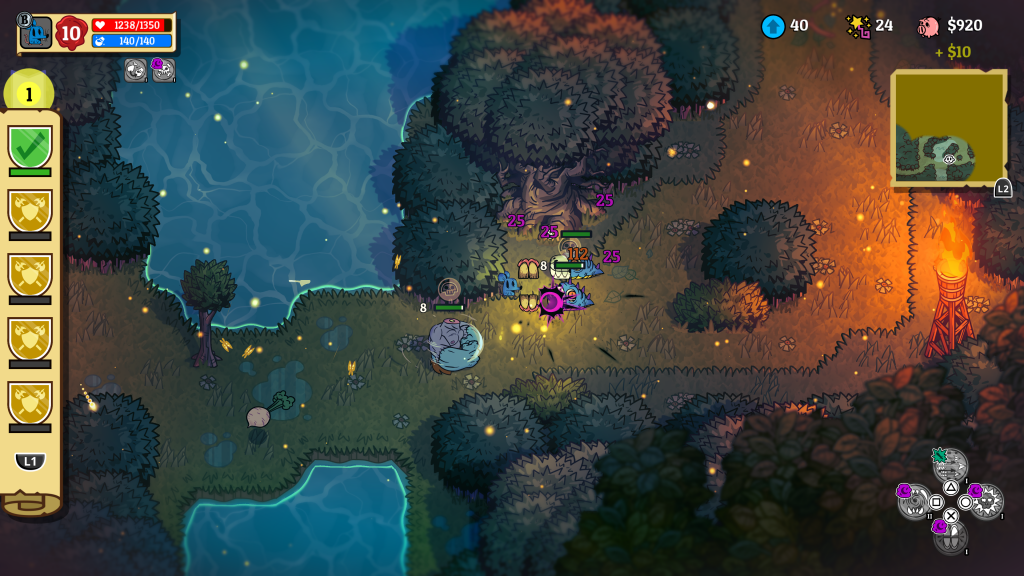 You’ll have main quests as well so ideally you’ll just be completing the form quests as you go about doing the other ones and advancing your adventure. Completing quests will also level up an overall level for your character which is a good indicator of which areas you should venture into as you explore the environment, defeating monsters and collecting currency to buy upgrades with.

Once you reach a dungeon you simply need to get to the end of it and defeat the boss/waves of enemies. There are no puzzles, the most you’ll get is a gate requiring you to find a key or defeat a certain amount of enemies to progress. Larger dungeons have modifiers attached to them like exploding corpses or any healing you receive also applying to your enemies but otherwise they’re basically the same. 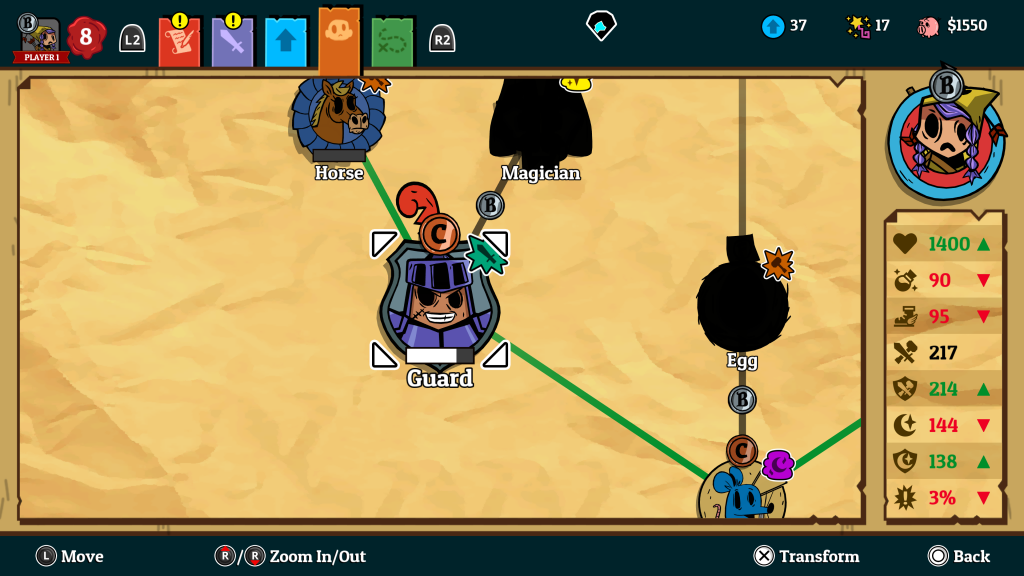 Die in the overworld and you’ll respawn at the most recent save point you walked past but a dungeon has to be done in one go. Die and you return to the entrance to try again. Generally it is quite a forgiving game though, with any money you’ve picked up or progress made towards your quests being kept upon death.

The combat itself is actually quite simple. Different forms will have a different basic attack like shooting from a distance, biting from close range or charging a larger attack. It’s the other abilities that you unlock which require mana that will vary things up more with shields, summons, dash attacks and more. These will all come with an element which will sometimes be required to remove a barrier from certain enemies. 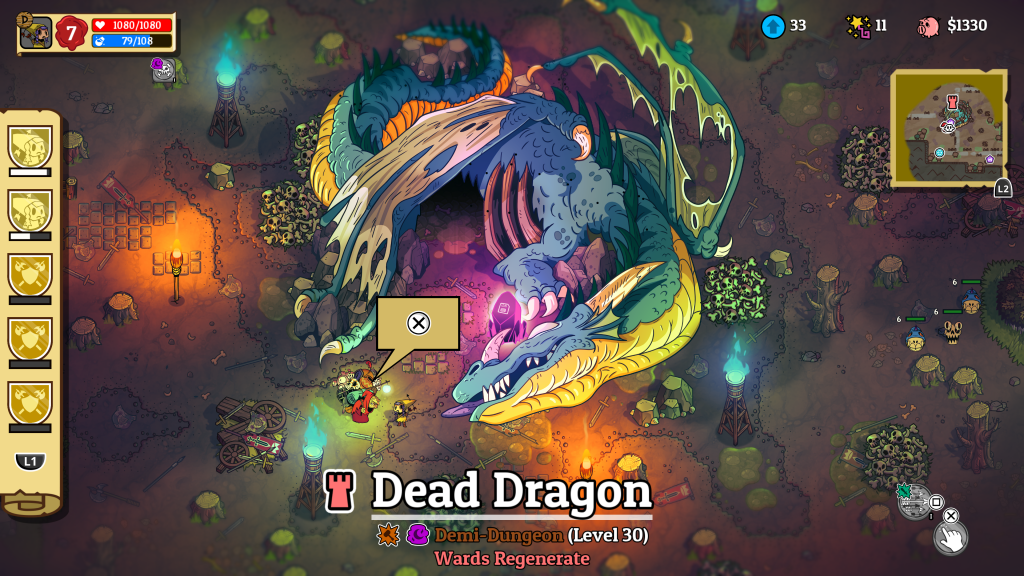 As you unlock a range of forms and their abilities you’ll be able to mix and match. The basic attack will always be the same but any other slot can contain skills unlocked from other classes which is a neat idea. So a guard could use the rat’s ability to attack and regain life from it, for example. It’s a good incentive to keep changing up your form to unlock new abilities, which will in turn level you up more, but also give you a range of new abilities to help you complete yet more quests for your characters.

Your character progression is gated by story progression which is gated by stars. Similar to Mario 64 you’ll need a certain amount of stars to enter the major dungeons but to be honest these were never a problem. You get stars for completing quests which basically means you get them for everything you do. Complete a smaller dungeon? That’s a quest so here’s a star. Complete a form quest? Another star. Complete a side quest. Star. You’ll have plenty so as long as you’re the appropriate level you’ll be able to progress without too much issue if you make good use of your abilities. 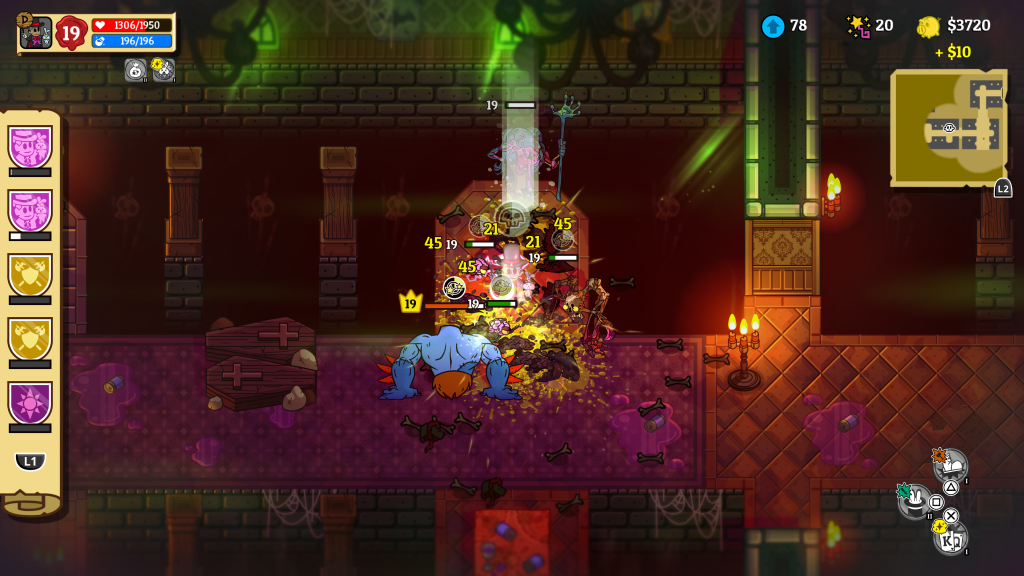 The larger dungeons actually stop you making progress in your form quests, to ensure you use which is best for the situation rather than using something because you have a quest to do so. It’s an interesting stipulation, if you can make progress in the dungeon whilst also making progress in your quests I don’t see why you shouldn’t but at least the game is forthright about it.

That is all Nobody Saves the World is though. The quests mean you’re always making progress in something, which is always enjoyable but the lack of any sort of puzzles and only some basic exploration means you’re just fighting enemies to complete quests, to unlock something else to complete their quests, on repeat. It is fun, with humorous writing and the 2D visuals are full of character and very colourful but it does feel quite shallow and repetitive after a while.

You can play the whole thing in online or offline two player which always appeals and the simpler gameplay and forgiving difficulty means your partner can be on the more casual side which is nice. You’ll also get a decent amount of playing time out of it too if that is a factor, with over fifteen hours and a New Game Plus mode. 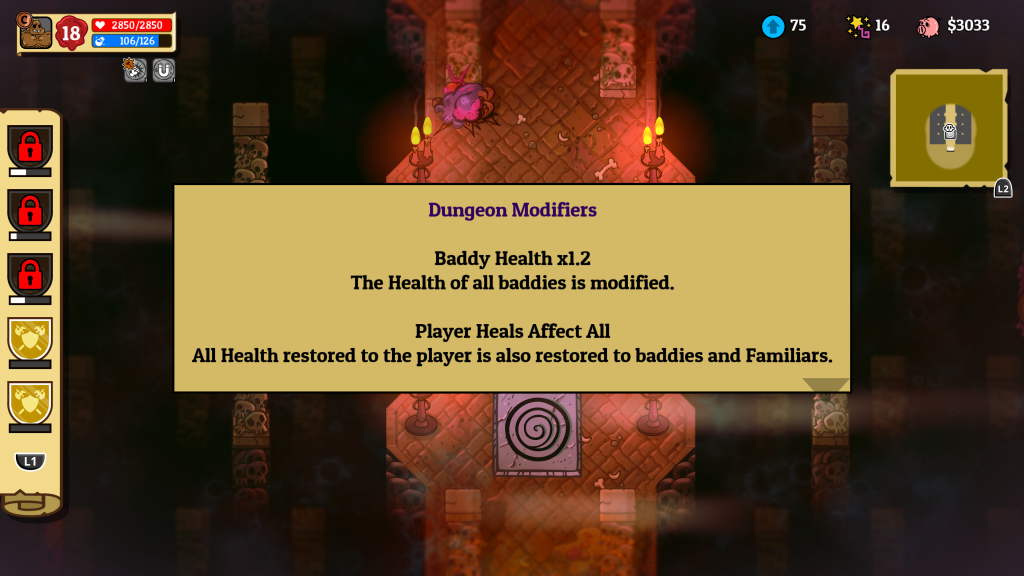 Nobody Saves the World is an enjoyable title, with experience bars constantly filling and new things unlocking but once your game time gets into double figures you’ll realise that you’re still doing the same thing you were doing at the start of the game. It’s a shame there isn’t just one or two more gameplay wrinkles like Metroidvania-style items or some light puzzling but even without those things it’s a good time, it just could have been a great one.

Nobody Saves the World
7 Overall
Pros
+ The form mechanics are great
+ Colourful, stylised visuals
+ Great humour
+ Two player co-op
Cons
- Gameplay does get repetitive
- A little on the easy side
Summary
Nobody Saves the World is a fun time with a great transformation mechanic. You're constantly making progress, with bars going up and things unlocking but as enjoyable as that can be it does get repetitive. Two player co-op is nice but some other gameplay wrinkles could have really helped to distract from what is ultimately a to-do list.