Messhof’s original Nidhogg game was a simple fence ’em up that pitted players against each other in one on one sword combat.  With it’s ’80s graphics and bombastic soundtrack, it assaulted the senses while providing some of the most intense and well-balanced gameplay ever.  Whenever I end up in a house full of geeks, it’s second only to Drawful when it comes to popularity.

With a game that’s so laser-focused, it was always going to be risky going for a sequel but Nidhogg 2 is here and while it doesn’t take too many chances with the formula but does add a few things.  Most importantly, the gameplay is much the same.  You and your opponent face off in the middle of seven screens.  Whoever gets the first kill then runs forward and attempts to avoid the revenge of their swiftly reincarnated opponent.  Battles tend to be back and forth affairs, with players trading kills and recovering ground in a tug of war fashion. 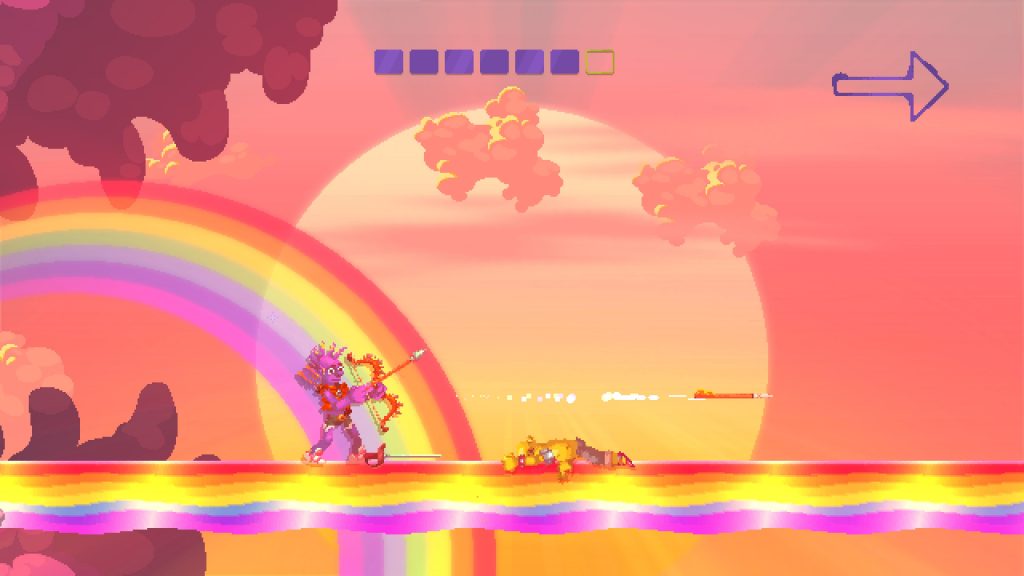 The combat and movement are what made Nidhogg special.  You can run, jump, slide and dive kick while your sword can be used to block and strike.  You can also throw your sword as a last ditch hail mary once your opponent has gotten past you.  In this respect Nidhogg 2 is instantly familiar.  The controls are just as good as before in so far as they never get in the way.  Players need to react quickly, adapting to situations and strategising on the fly and the controls never get in the way of that.

This leads to countless moments of skill that are as frequent as they are fleeting.  Be it a player perfectly timing a fatal blow or an unarmed combatant dodging incoming attacks to continue their progress against all odds, Nidhogg 2 continues the tradition of putting skill and dexterity front and centre of the gameplay. 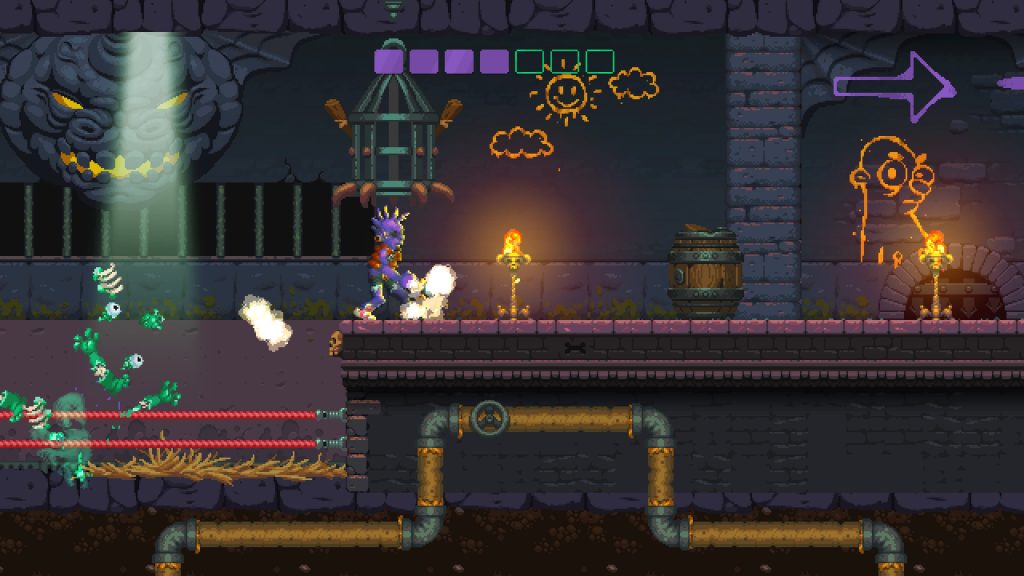 The differences between this game and its prequel are few but the most important is the addition of different weapons.  Your regular sword is still available but you can also spawn with a slower broadsword, a fast but less rangey dagger and, most excitingly, a bow.  The bow fires off arrows, giving you plenty of range but these can be returned back at you by way of a skilled (or lucky) parry.  The weapons add a level of strategy to each brief period between kills and while the original sword is still the best weapon, there are no useless weapons in there.  Also, you can set up which weapons are available in the game’s options so the purer Nidhogg experience is still available to you if you’re feeling nostalgic.

One thing that is radically different is the game’s presentation.  Early screenshots were greeted with disappointment as Nidhogg 2 sports a very different look to its predecessor.  Gone is the 8-bit, Atari-esque look.  This is replaced with a 16-bit aesthetic that is chunkier, more colourful and ‘grosser’ than before.  It took me all of five seconds to buy into the new look.  It’s different and arguably less elegant than before but it’s better.  There’s almost a Mode 7 SNES look to the backdrops and the, admittedly limited, customisation options help make things look a little more varied.

There are more stages to fight on too and while they don’t really affect the gameplay (although the water tunnel below definitely takes a little adjustment), the are a lot more interesting to look at than the original game’s ones.  That’s not to say that I didn’t appreciate Nidhogg‘s aesthetic but I prefer this.  Others might not though. 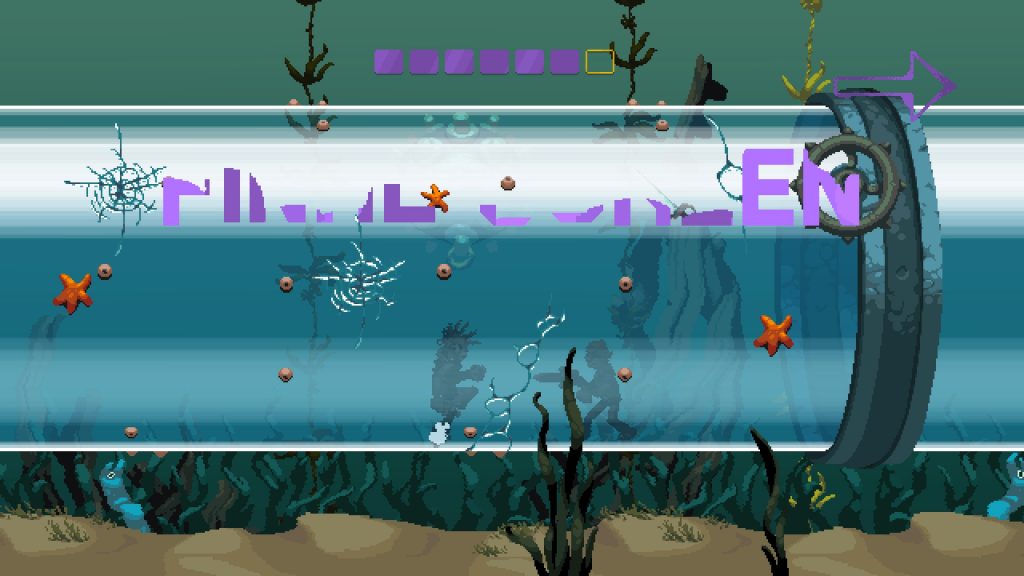 One thing I didn’t prefer is the soundtrack.  The reverb-heavy drum insanity of the original is replaced with a far less distinctive score that’s not nearly as dramatic or entertaining.  It’s a shame because in a game as limited as Nidhogg, you really need every element to stand out.

Overall though, Nidhogg 2 is an improvement on the original but is still a victim of its minimalist approach in some ways.  In single player it’s fun for twenty or so minutes it takes to get through the short campaign but you probably won’t feel the need to go back to it.  Multiplayer mode is where the real fun is at but you’ll want a room full of people if you want to get the most out of it.  But if Nidhogg was one of the best party games, Nidhogg 2 does just enough to displace it.

Nidhogg 2
7 Overall
Pros
+ The classic Nidhogg gameplay is still there
+ Good controls
+ Fast, furious and funny battles
+ Improved graphics
+ New weapons are welcome
Cons
- Still pretty shortlived in single player
- Weaker soundtrack
- Needs a room full of people to really shine
Summary
Nidhogg 2 does just enough to improve on the original. The new weapons and visuals keep things fresh and the action is gloriously chaotic but outside of a room full of people, the game lacks lasting appeal.