RobotRiot is a 2D arcade shoot ’em up/platformer hybrid that has you playing a small debt collecting robot called SLUG who is tasked with raiding space ships.  Each ship has multiple levels that require you to fight your way through the ships’ defences in order to blow up reactors.  I didn’t see much actual debt collecting during my time with the game but, as ever, shoot ’em ups need plots about as much as Game of Thrones needed Ed Sheeran.

RobotRiot is set across five of these ships.  Their difficulty levels are labeled as ‘tutorial’ (essential ‘easy’), ‘medium’ and ‘hard’ and these are pretty accurate in terms of the challenge they offer.  The sub-stages of each ship tend to be short, some moreso than others.  In the easier ships you’ll find yourself getting from the start to the finish of a stage in a minute or so where as later levels have a little more complexity to them and involve keycards that unlock areas and that requires a little more thought but, mercifully, the game keeps the sprawling to a minimum. 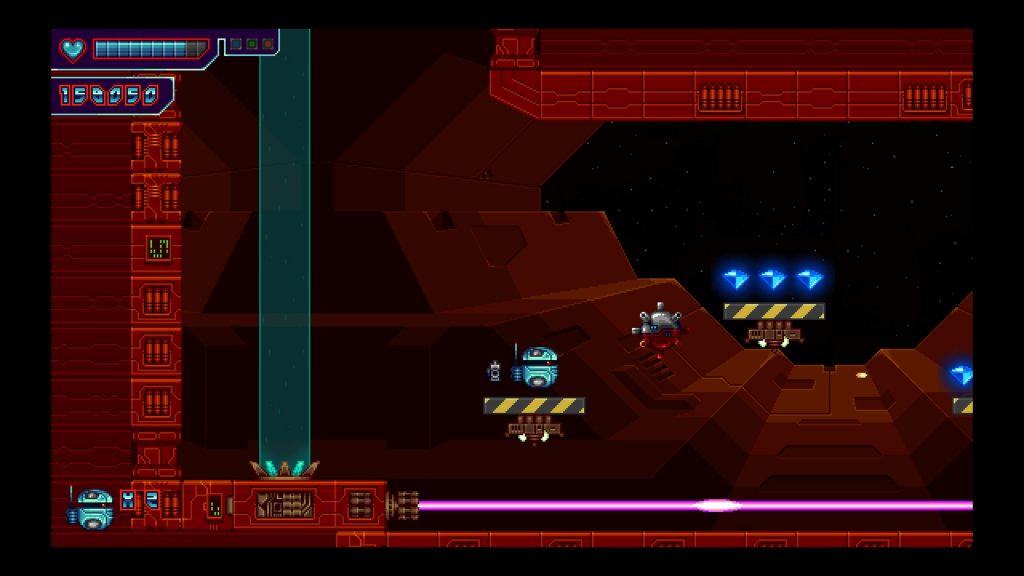 As you can see from the screenshots, the game sports a very ’90s look and appears to take inspiration from the likes of Mr. Heli, Cybernator and countless other console and arcade games of the era which is no bad thing.  However, fifteen or so years after the fact and powered by a PlayStation 4, we need our retro-inspired games to do two things:  bring something new to the table and to do things that weren’t possible in the ’90s and unfortunately RobotRiot sets its own bar surprisingly low.

The shooting is pretty insipid.  Your weaponary isn’t particularly dynamic so you’ll be firing off weak shots at robots until they explode but there’s no real sense of excitement to it.  You’ll need to jump occasionally to avoid return fire but there’s nothing in the combat that will leave any lasting memories.  Occasional power ups are available that temporarily offer faster firing rates or increased power but these run out too quickly to bother going to find them and they don’t really up the ante when it comes to excitement either. 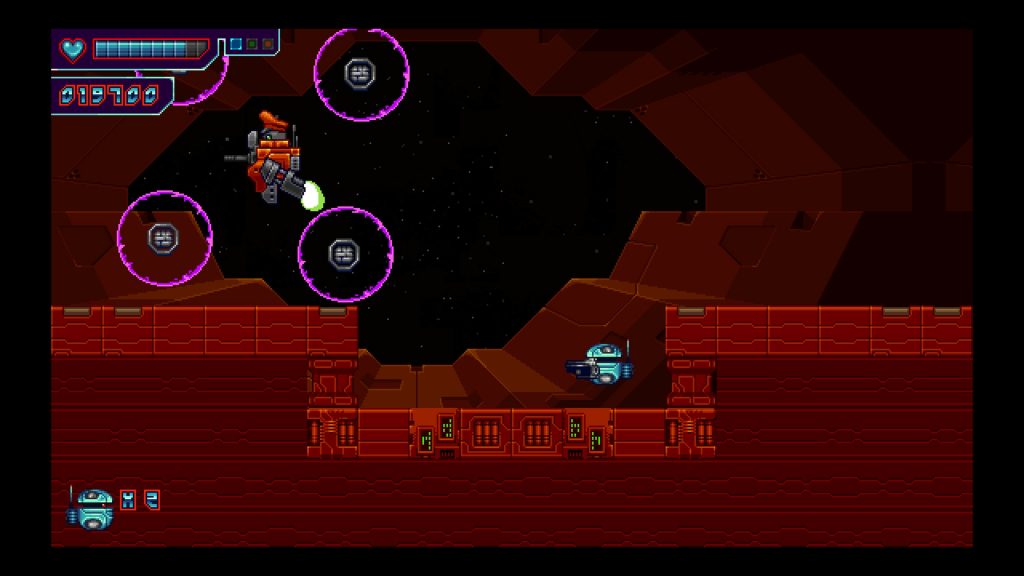 Bosses and sub-bosses offer more of a challenge and while these can appear to look the same as each other they do have different patterns to deal with and can be a complete son of a bitch to defeat.  I can’t say they were visually creative or even that entertaining to fight but they at least make you use a bit more brainpower to defeat and that gives the game at least a slightly different dynamic.

While RobotRiot falls short in the shoot ’em up department, it fairs a tad better as a platformer.  It should be mentioned that SLUG is a ridiculous character for a platformer.  Even though it floats (SLUG doesn’t have legs), he still needs to jump and is affected by gravity as if he was just a normal robot.  That feels like bad character design to me.  It’s a minor point though.

The platforming can be quite tricky with platforms that phase in and out, conveyor belts that’ll deliver you into danger, plasma pools to deftly stay out of and other challenges that’ll give your left thumb way more of a workout than your right index finger gets from the combat.  That said, the movement feels kind of clunky.  There’s no real fluidity to anything on offer here and that shouldn’t come as a surprise given that RobotRiot is a remaster of a 2011 iOS game. 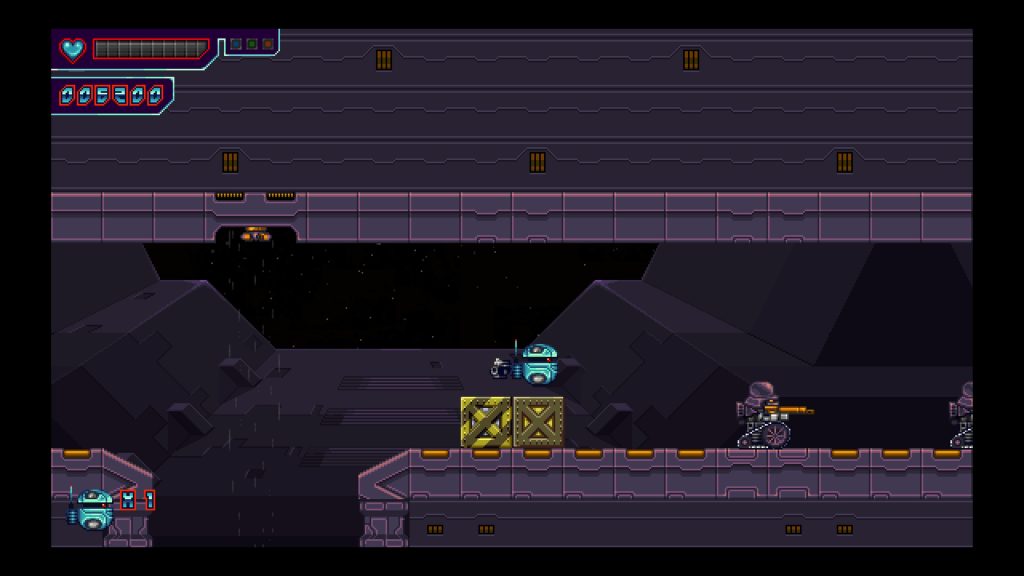 In terms of improvements to the iOS original, this version ups the speed a little and adds a couple of extra ships (one medium, one hard) to play in.  That’s about it though and as a result, the game feels like an opportunity to just port a game to a new platform rather than feeling like a labour of love.  This extends to the game’s graphics which are about as bland as I’ve seen on a console shoot ’em up in the last twenty years.   There’s nothing inherently ‘wrong’ with them, they are just as rudimentary as it gets.

That really sums up RobotRiot: Hyper Edition.  It’s nothing ‘hyper’ about it and the game is far from being a riot.  The stark truth is that it never comes close to bettering the games that inspired it and in a world where Matterfall exists, on the same platform and released in the same week, there’s simply no reason to buy RobotRiot given that it is outclassed on every level by its contemporary.  And you can’t even say that’s unfair due to Housemarque’s resources as even more average games like Assault Suit Leynos outshine what’s on offer here.  That said, what we have here is a game that isn’t by any means terrible.  It’s solid, playable and offers a challenge but even on a SNES this would never have stood out as anything over than average.

RobotRiot: Hyper Edition
4 Overall
Pros
+ Challeging platform action
+ Levels can be played in any order
+ No game-breaking gameplay problems
Cons
- Very weak shooting
- Average (for 1992) graphics
- Platforming feels quite clunky
Summary
While RobotRiot doesn't have any glaring issues, there's a lack of creativity and excitement that would have even been in a problem in the '90s era that it emulates. In 2017 on a PS4 Pro, this just isn't enough.