After reviewing Jagged Alliance: Rage! recently I have quickly got the opportunity to review yet another tactics game for PS4. Mutant Year Zero: Road to Eden again takes the formula from the XCOM reboot and puts its own spin on things. As well as a unique setting the game offers its own take on stealth. 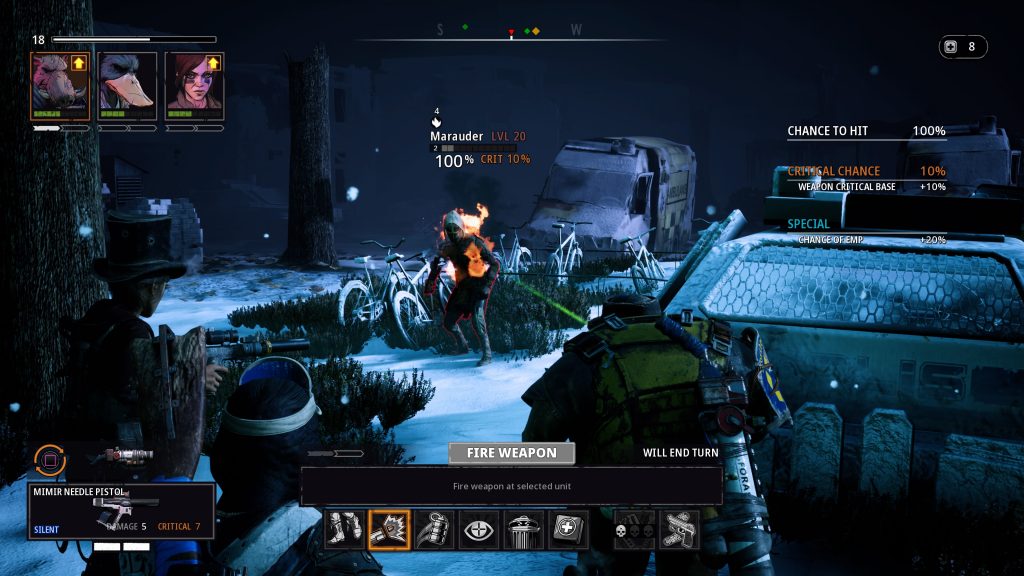 Set on a post apocalyptic Earth you take control of Stalkers who venture out from their home base, The Ark, to search for scrap. All stalkers are, as the game title might suggest, mutants which come in all sorts of forms. Your two initial stalkers are Birman, a boar man and Dux, a duck man. They are tasked with seeking out a stalker who has gone missing whilst searching for clues to Eden, a mythical utopia. Doing so takes your duo through parts of The Zone that stalkers dare not tread due to the Ghouls that occupy the land outside The Ark. More human like in appearance but clearly quite mad, the ghouls come in many types and will form the majority of your resistance out in the wilds.

More stalkers join your crew as the game progresses and they are quite a chatty bunch. Each new location you visit will have your squad discussing where they are, what they’ve heard about it and whether they should be risking their necks. They’re a likeable lot and the voice acting is good across the board.

Unlike other tactics games you may have played you control your characters in real time to explore the location and only go into a turn based battle system once you encounter some enemies. You run around each area looking for scrap, weapon parts (for weapon upgrades) and artifacts from Ancient times. Amusingly Ancient times is now, in our time, so they’ll be discovering iPods and Boomboxes and their misunderstanding of what each item is and its use will bring a smile to your face. 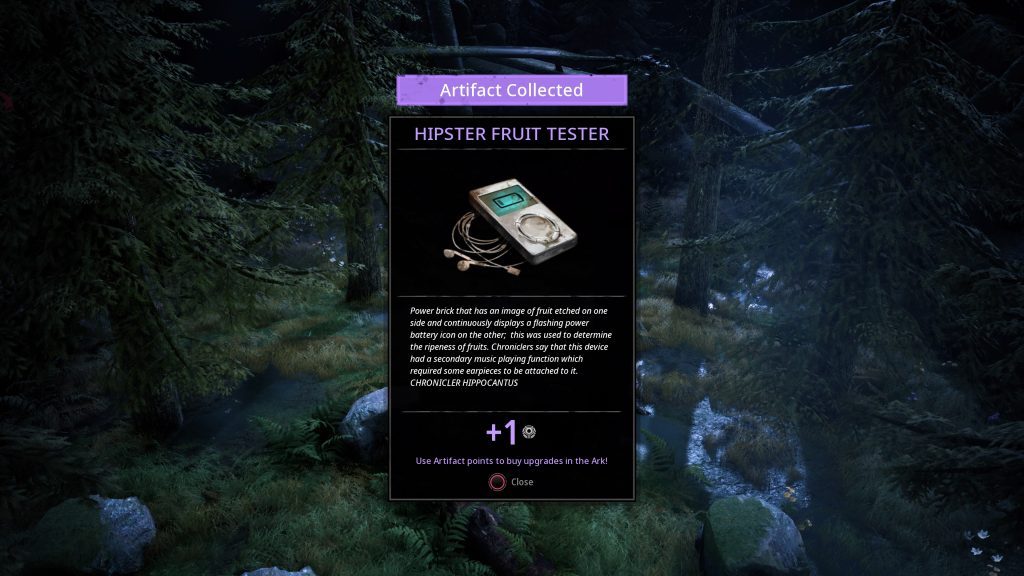 When you do find an enemy, or more likely a group of enemies, then you’ll want to switch to stealth mode, turning off your flash light. You can see the enemy’s ring of vision around them (which shrinks when you’re in stealth) so can creep around them as needed and this is an important gameplay change to what you might be used to. There are no stealth takedowns but there are stealth kills with silenced weapons and as long as the enemy you kill isn’t too close to others then you can recommence stealth once the enemy is dead. Fail to take down the enemy’s HP before they get a chance to act or go loud and other enemies will join the battle and you’ll be in trouble.

Mutant Year Zero is tough, it doesn’t take many hits to kill a character so you want to avoid taking on multiple enemies at a time if possible as even if you do survive you’ll have taken damage, used abilities and items. There are multiple difficulties that not only make enemies tougher but change how much you’re punished for sloppy play. On the easiest (Normal) you’ll regain all your health and your abilities will automatically recharge at the end of battle, the next difficulty (recommended to players with tactical experience and how I played) will only recharge your health half way and requires you to get a certain number of kills before you can use your ability again, whilst the hardest doesn’t recharge your health at all. There is also an iron man mode which disables manual saving and has permadeath, with dead characters being gone forever rather than just springing up at the end of an encounter. 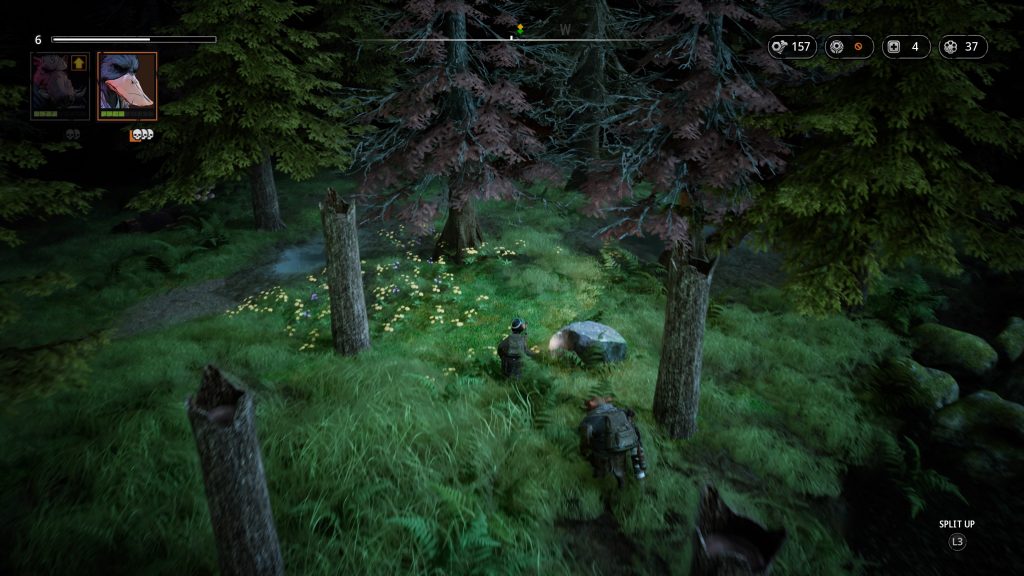 When you do engage those familiar with XCOM and the like will be at home. You’ve got half cover and full cover that will make you harder to hit, percentage chance to hit and even recognisable abilities. Overwatch is a staple of the genre that everyone has access to but each character has a skill tree that you can work your way down as you gain points from levelling up, ultimately unlocking them all. The skill tree has three types of unlocks – passive, minor and major mutations – the twist being that you can only equip one of each type so must pick the right mutation for the right situation but you can change them out as much as you like outside of combat.

It takes some adjustment from other tactics games but once you get a feel for it then it can be very rewarding to clear a map without taking a hit. Picking off the enemies that are patrolling around the outskirts of the map before prioritising the more troublesome enemies and using your abilities to take a group down as quickly and effectively as possible becomes second nature which is also a detriment to the game. You’ll gain more tools as the game progresses but you’ll approach each map in the same manner throughout your play time. Similarly there’s no major advancement in the weapons like in XCOM so the enemies that have more hit points at the beginning of the game will always be of a similar difficulty.

Scouring each map for scrap and other items is also a bit of a chore, it being very easy to miss items. An item ping like in Assassin’s Creed Odyssey would be very much appreciated. Luckily the apocalypse is quite attractive visually, with lots of lush vegetation to explore. The graphics are strong all around with characters and effects looking great with only the tiniest bits of slowdown. There are no random elements like other similar games though making replayability a bit of an issue unless you want to test yourself on higher difficulties or iron man. 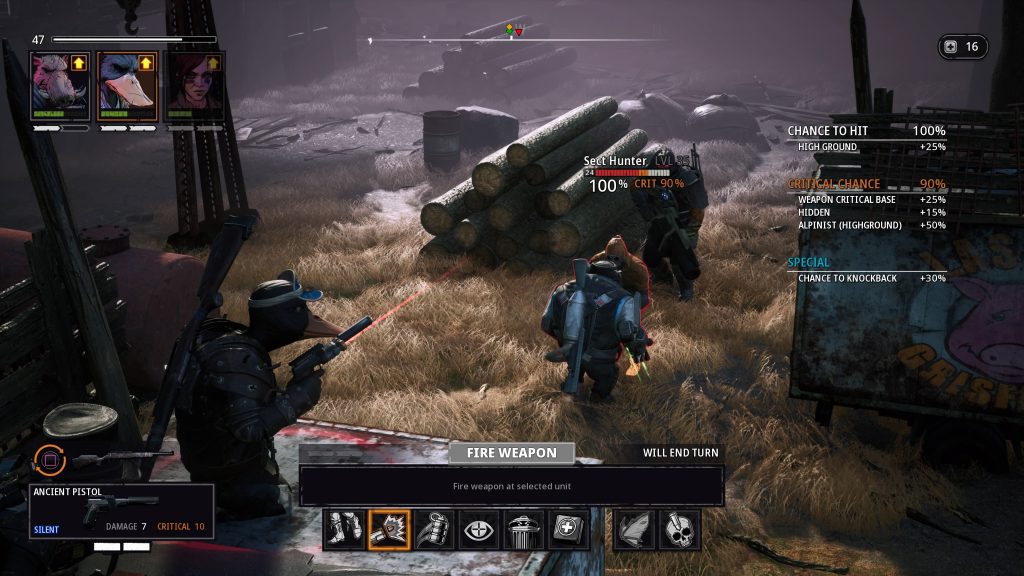 For the right player Mutant Year Zero: Road to Eden is a very rewarding experience. It’s tough and requires a little adjustment from experienced tacticians but if you like tactics, stealth and have patience to observe patrols and wait for your moment to strike then it’s a treat from beginning to end. You don’t get the feeling of advancement, almost to the point of being overpowered, like XCOM and the fact that it’s a linear game hurts its replayability but it’s worth at least one playthrough without a doubt.