By all rights, Massira would be a game we’d rather not be reviewing given the subject matter, being as it is based on the ongoing Syrian refugee crisis. Not exactly the most comfortable scenario for a game, though it could be worse. A game version of Trump’s Mexican Wall perhaps.

Thankfully for us, Spanish dev Frostmonkey Games have grasped the nettle and come up with this sensitively handled treatment of a still delicate subject. Massira: Whispers from the Desert, to give its full title is often beautiful, sometimes harrowing and an unexpectedly fun game to play. 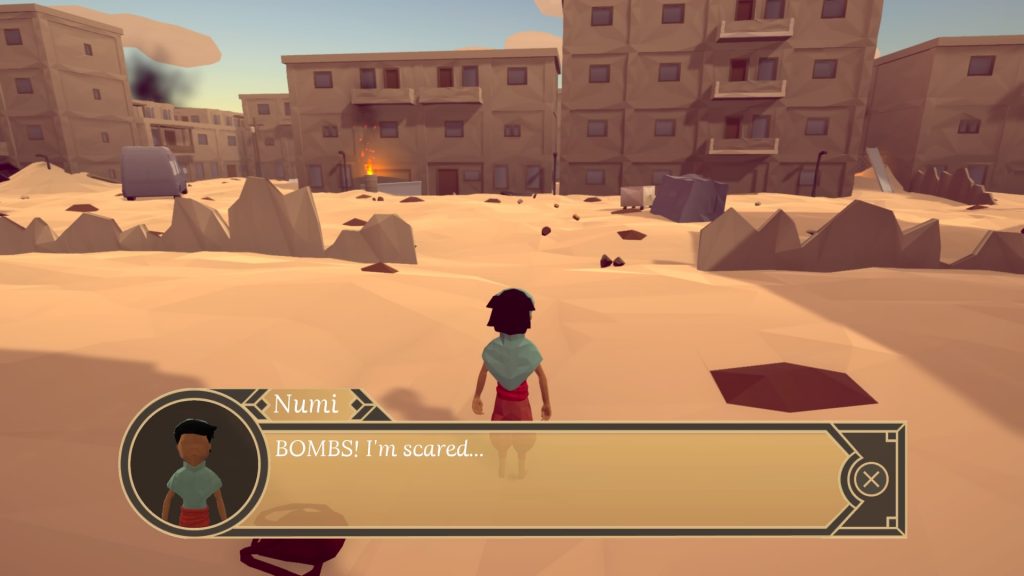 You’ll start out in Aleppo, before the bombs start to fall. Upon leaving your house, your whole family are still alive. But when your character Numi returns home she’s met by an obviously distraught grandmother and told to make a break for it to the outskirts and escape the conflict as best they might.

Some simple platforming and puzzles follow, nothing too taxing for anyone familiar with console games. You’ll find your way outside the city only to be grabbed and thrown in jail by local security forces. In a stealth-lite sequence you’ll have to break out, retrieving your grandmother in the process. We came unstuck a couple of times until we worked out the optimal technique for avoiding detection. Very much a luxury real life refugees don’t have,  this being something we were acutely aware of. 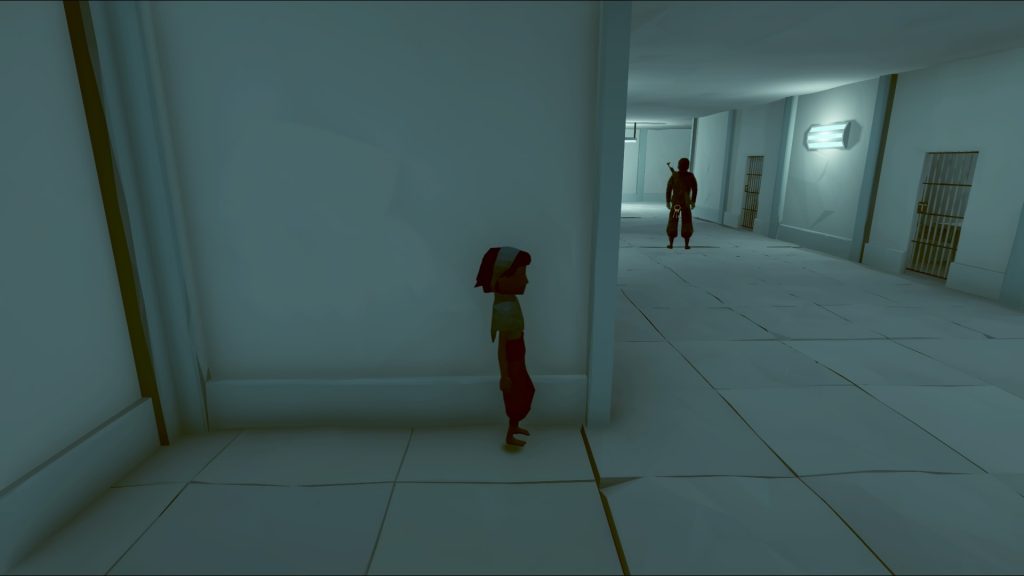 Your path takes you to Turkey and unscrupulous types who’ll give you passage across the Bosphorus. You’ll have to pay your way though, carrying out tasks to earn sufficient money to gain passage on a boat from a phantom-like ferryman. We’re sure that real-life refugees don’t have as easy a time of it as we did when we had to find some leather and catch a couple of escaped dogs. One sequence where you work in a factory for a pittance is probably far more representative of the conditions many find themselves subjected to.

Eventually you’ll land on Lesbos and find your way from  a coastal village to the real life transit camp Kara Tepe. Once there you’ll see a fair approximation of the itinerant lifestyle many find themselves subjected to. Ever since the likes of Macedonia and other Adriatic sites closed their borders the bulk of refugees find their journey stalls in the Hellenic islands now anyway. Life in a camp still being preferable to being under bombardment and chemical attack by government forces in Syria. 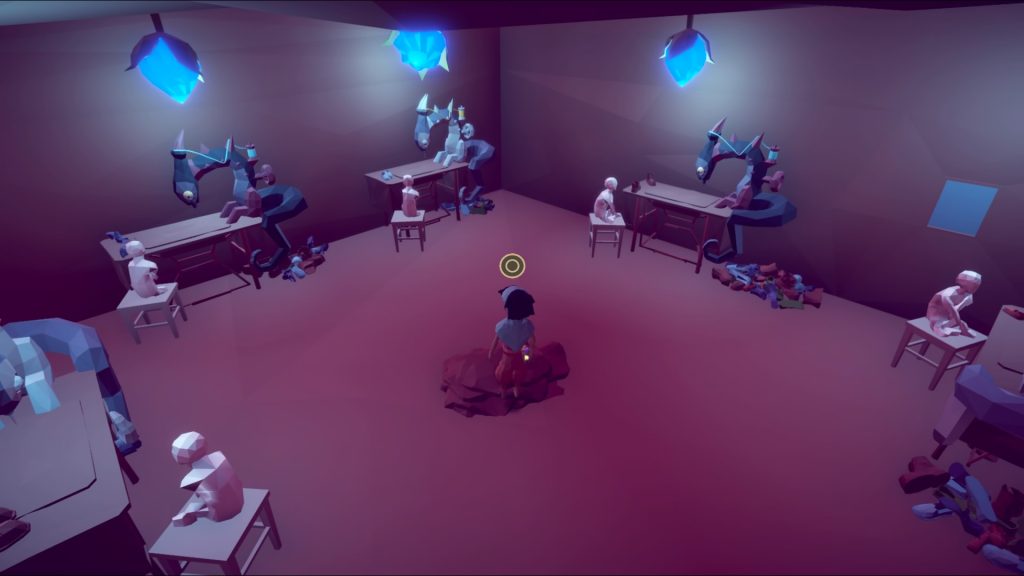 The game jumps the shark a little in terms of introducing The Judge, an arbiter who quizzes you on the specifics of life in the camp. We can see his line of questioning is a mechanism to make sure you observe the minutae and drudgery in the camp somewhat, but it’s a bit odd when you go for a ride on his lift cum flying carpet. A guy in a tent holding thrall over a hoard of food would’ve been just as effective, but we suppose Massira is somewhat through the eyes of a child so we’ll give it the benefit of the doubt. 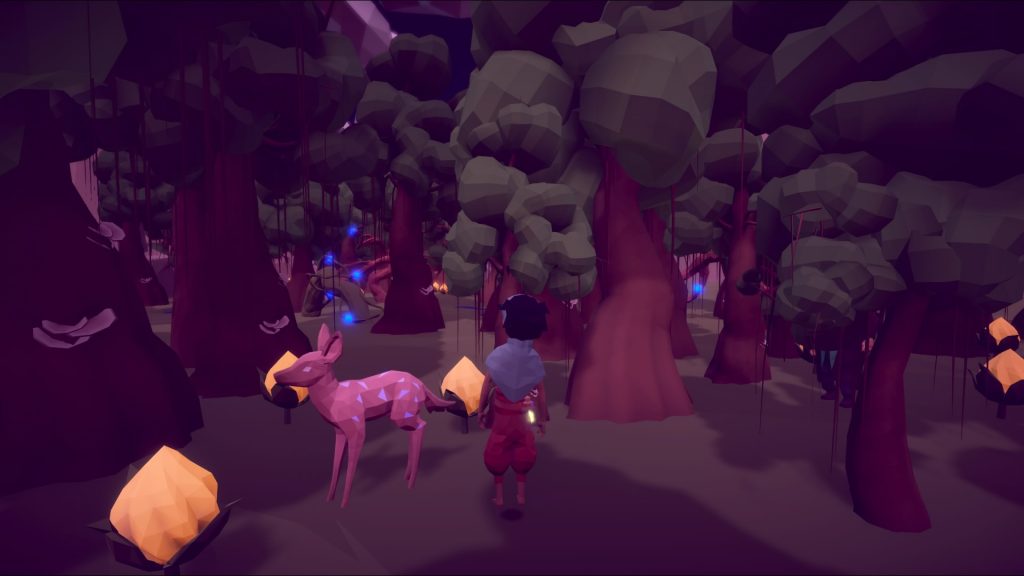 Occasionally you’ll find yourself struggling to progress past a certain point, only to return later and nail it on the first attempt. A race section in the village and in a later level, the cave where you run into the screen being two prime examples we took a timeout with. Perhaps they’re an analogue for the struggles refugees face in reality.

There are artifacts you’ll encounter throughout the game, several per level. There’s collectibles, newspaper articles and letters from other refugees. Thankfully the devs saw fit to include a level select showing your progress so you can go back to levels previously completed to hoover up any remaining artifacts. 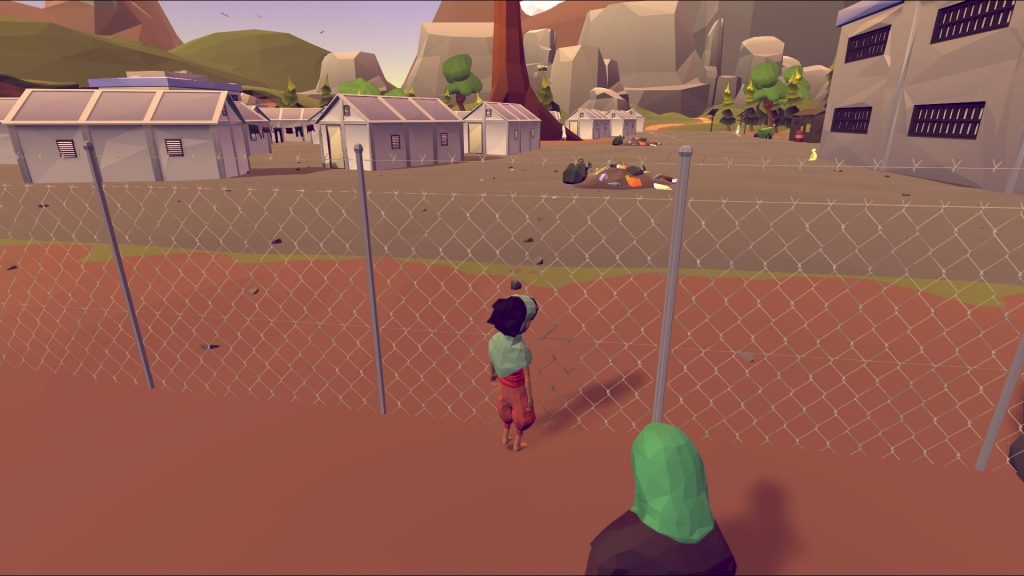 Massira is often beautiful and testament to the thinking that less can often be more. Frostmonkey should be applauded for their deft approach in dealing with this subject It would’ve been easy to slip into mawkishness and overt sentimentality but somehow the game avoids this trap.

Any sinister moments are seen through a child’s innocence, but the wraith-like characters you’ll encounter in one forest sequence are still enough to give your collies the wobbles.

The music is well done and fits the mood of Massira well, it fits well with the locations you’ll travel through. 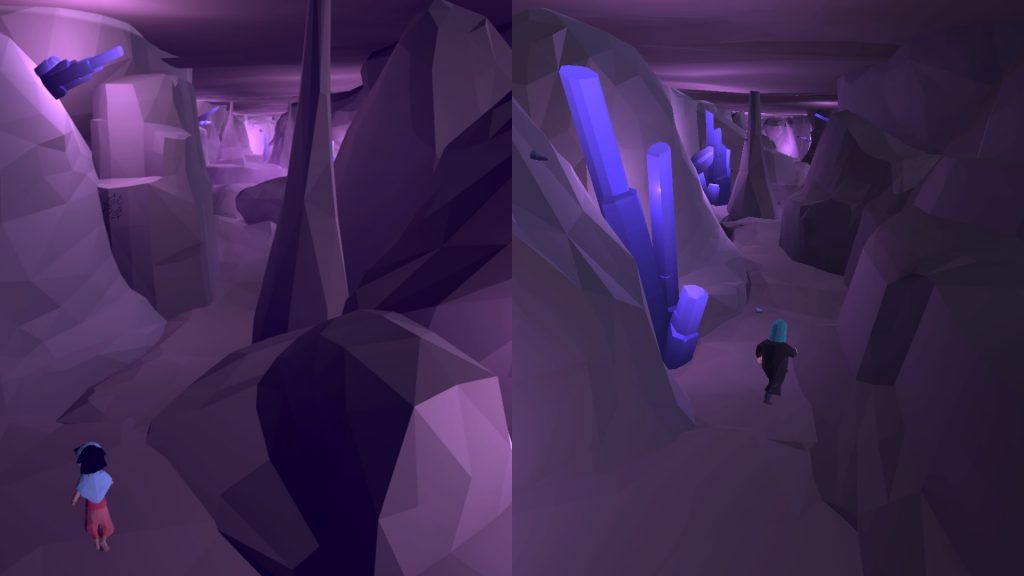 The negatives are few. Some of the puzzle implementation can be a bit rough around the edges, just as stealth can be a little hit and miss. This is a game best contemplated at a more considered pace rather than torn through, it might seem a little slight otherwise. Although for a game done on a shoestring  by an indie dev it seems like nitpicking to mark it down significantly.

Massira is an unexpected pleasure, it plants the seeds of what might end up being empathy in the brains of what might be hardened cynical gamers as well as being a good game to boot.

Massira
8 Overall
Pros
+ Graphically and musically beautiful
+ A game with a serious message but not preachy or mawkish
+ Might make you sympathetic to the refugee's plight
Cons
- A little rough around the edges. We're glad we won't have to hunt for dogs again
- Perhaps a little short
- Maybe a bit expensive for a game with a message, out of impulse purchase range
Summary
A sympathetic interpretation of the trials and tribulations of a Syrian refugee. An unexpected surprise. Recommended!