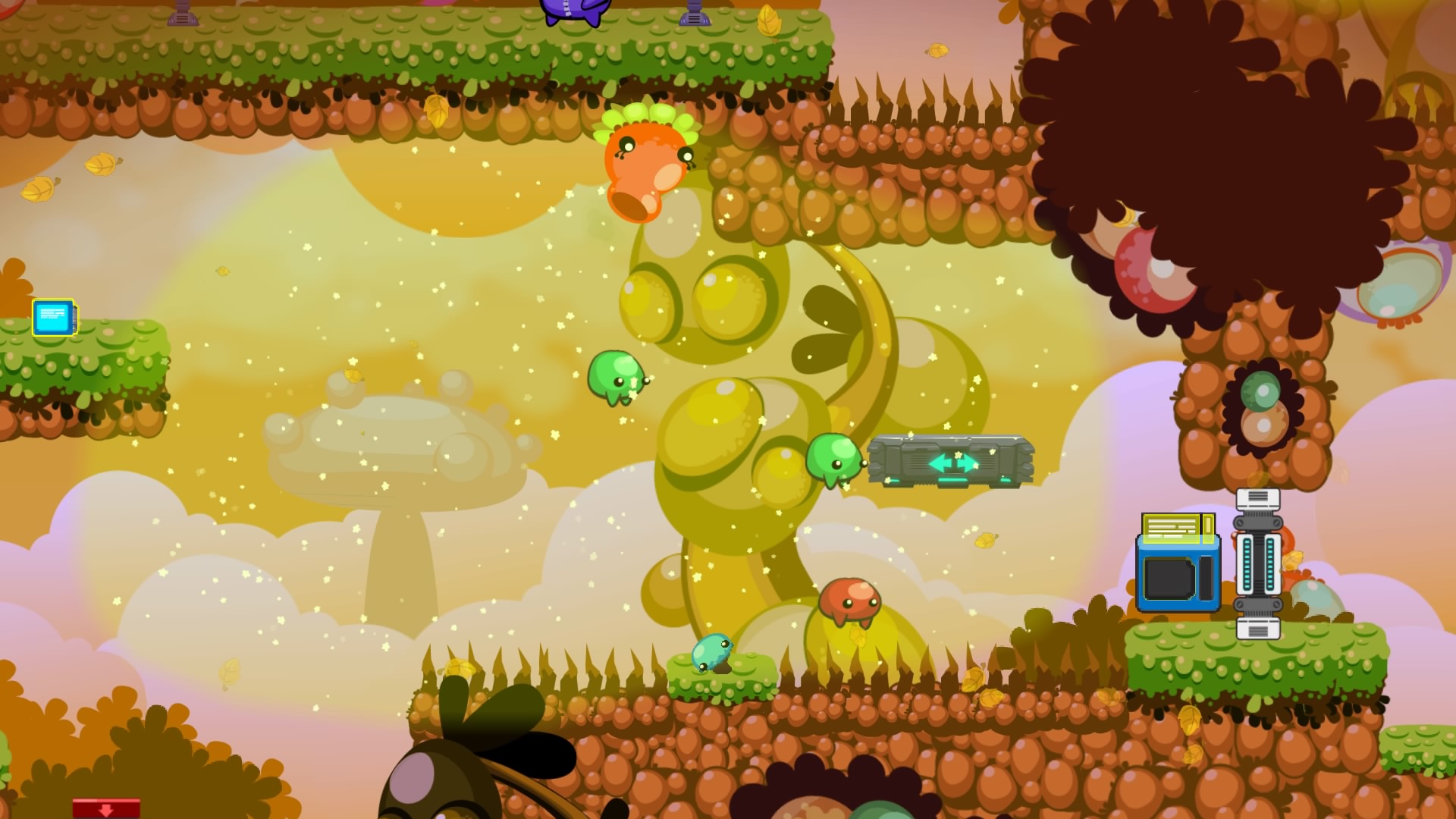 Extend Studio have brought their doppelgänger-heavy platform adventure to the Playstation 4. Attracting praise from critics during its original release, it’s interesting to see if the charm remains as strong after a couple of years.

So Many Me is ostensibly a 2D-platformer with cloning at its heart. It’s a concept rarely explored but we’ve seen in recent years that it can reap rewards. You control Filo, an adorable green blob who seems to be running into strife at every turn. Help soon comes in the form of Asimov, a bearded green blob who has bestowed upon Filo the power of duplication. With this in hand, the task to save the day is upon him as he ventures through multiple worlds to sort stuff out. The story seems fairly light and is delivered in small, effective cut-scenes that don’t offer too much needless exposition. What’s ultimately to be showcased is the platforming which will involve almost all of your time. 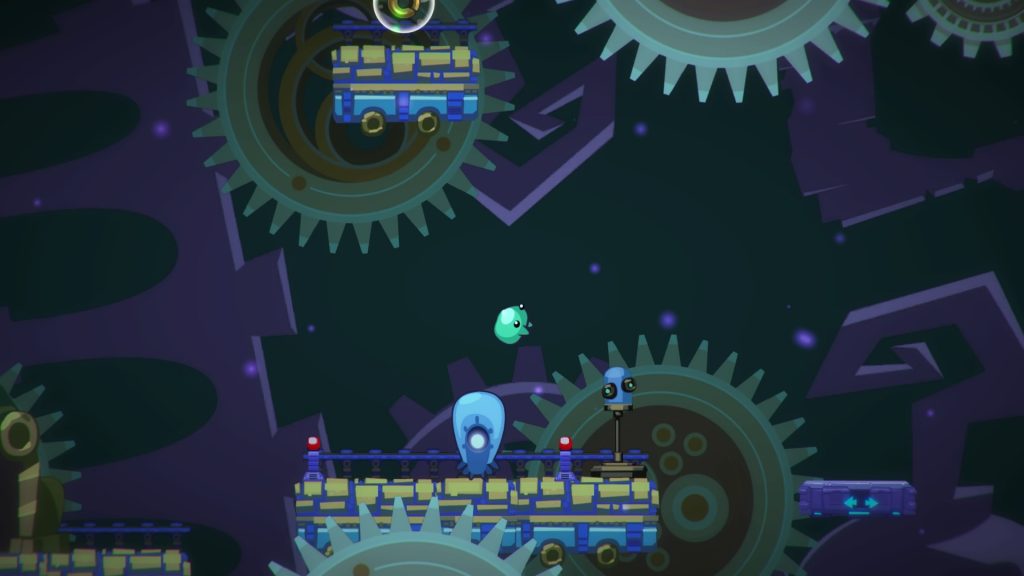 The universe of So Many Me contains a lot of cutesy, inoffensive charm that it’s hard to shy away from. The levels all have their own unique aesthetics and the soundtrack offers a soothing antidote to the pricklier platforming moments. It’s a pleasant game to look at with some sprinkling of humour to help things along.

Filo controls like you’d expect with a very consistent jump. Early on you discover that, as well as an ability to command an army of clones, Filo can transform into a multitude of specific blocks. Initially, this allows you to traverse larger gaps but, as you advance through the game’s half-dozen worlds, you gain new abilities that allow you to distract, deflect and bounce your way to victory. 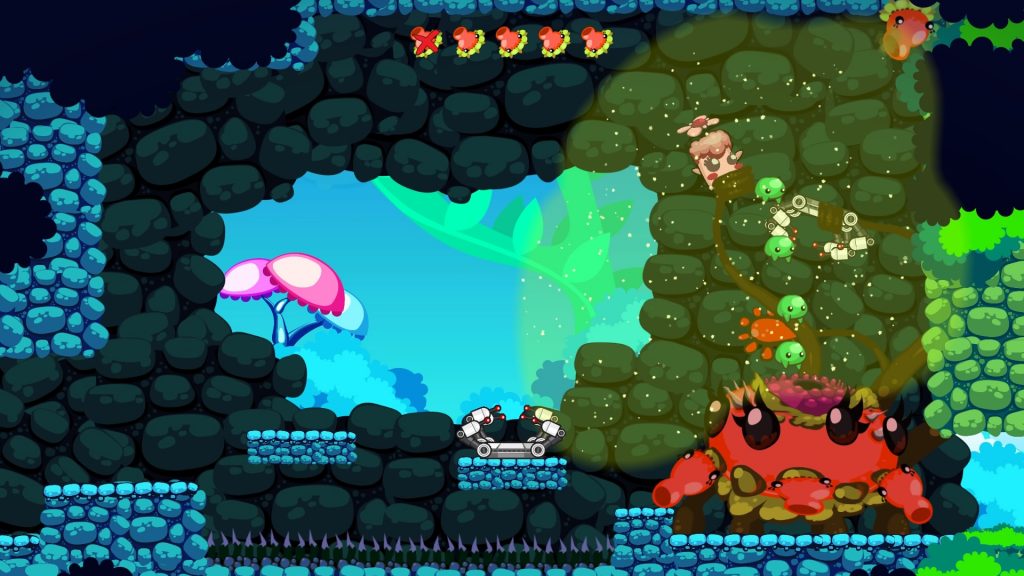 It holds a tight and responsive feel. Secrets are available to find and you’re incentivised to discover them to gain additional clones, outfits and upgrade points. Levels are nicely intricate and, aside from brief introductions to new concepts, you’re left to your own devices. A little bit of direction would be nice but generally moving to the right is direction enough. Each world culminates in a boss battle with unique mechanics of their own at play. There’s certainly a challenge to be found here. Sometimes it can be tricky to decipher what the game demands of you with a certain level of execution needed to pass some of the more troublesome obstacles. Nailing it feels especially satisfying but there’s a couple of things that can lead to some genuine frustration. 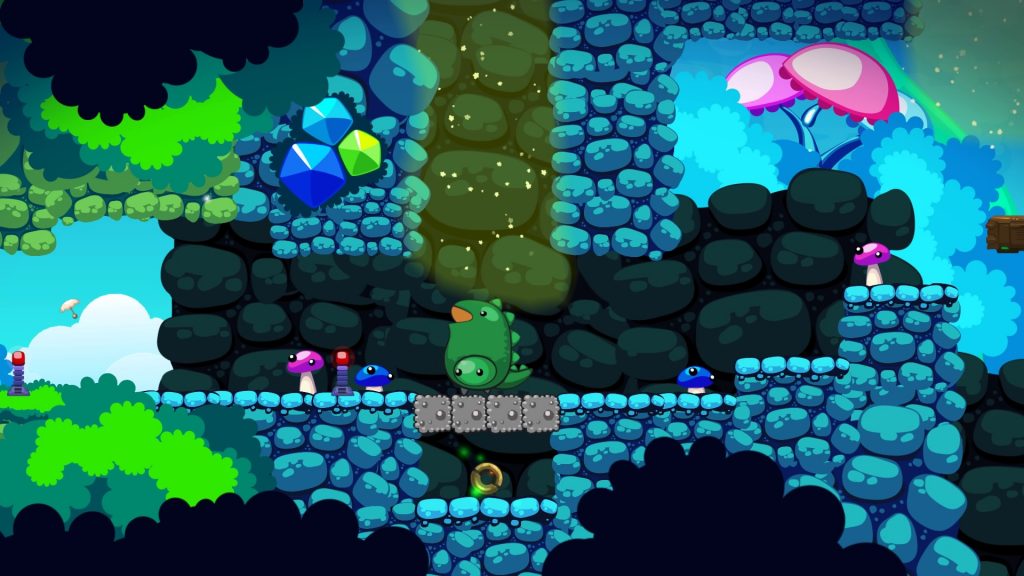 The main culprit appears to be the checkpoints on offer. There’s plenty around and it mostly helps minimise backtracking. There are times when it fails, sadly. Even when you’ve found the solution, if you’re not on point for one moment of a sequence, you could be repeating that series of manoeuvres just to revisit the point where you lost out. I’ve found it arrive often but I’m also well aware that I’m the one at fault. If you’re in the same situation, play So Many Me in smaller bursts. I’ve found success in walking away from this only to return later and charge deep into later levels.

Overcoming a particularly troublesome roadblock can provide real feelings of triumph. This is an adventure with some genuine craft on show. Some puzzles require intricate solutions but the game certainly delivers you the bare minimum tools to progress. You can chase after additional clones to make things easier but they’re not essential. Collectables offer cosmetic alterations. It’s neat to roll around with your own team of ninjas but you can certainly focus on the charge to the right. Visiting new areas offer something interesting to see and new mechanics to approach and understand. At times, this feels like a very fat-free product. Aside from the base levels, there’s some additional ones to master but, even with that considered, this could take you a few hours to complete. 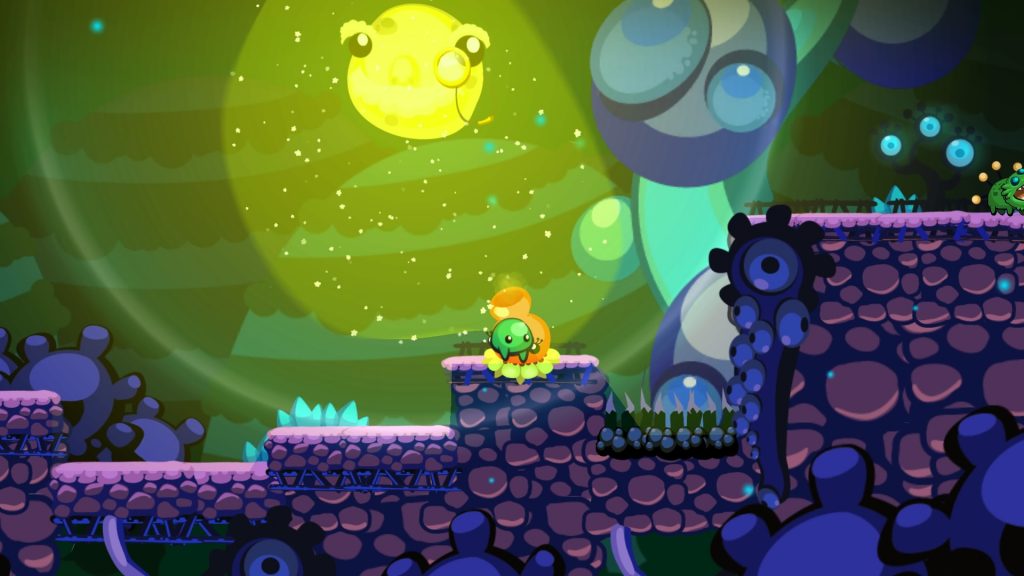 Whilst the game can be infuriating, the euphoria of progressing past tricky obstacles is a nice feeling to have. Sometimes an execution is required that can feel just out of reach but the delicious charm and character of this world helps soothe some of So Many Me‘s pricklier moments. It’s a well-realised puzzler with the challenge for those that want to seek it. Whilst the game has very little extra around the periphery, it’s a pleasant effort that’s worth playing.

So Many Me
7 Overall
Pros
+ Charming character and world design.
+ Soothing soundtrack.
+ Clever, challenging platforming.
+ Tight and responsive controls.
Cons
- Checkpoints can sometimes work against you.
- Sometimes it's hard to know what the game expects of you.
- Some might see the package as a little lean.
Summary
So Many Me executes well on some clever ideas. The platforming is tricky and tight. Whilst there's not a lot of time to the package, what's here is engaging. Sometimes it frustrates and demands intense dexterity but the charming visuals work as a calming influence. Definitely worth recommending if you're after a compelling platformer with plenty of character.