Loopindex (with the oo stylised as ꝏ denoting infinity) had us baffled at the outset. You see, one of the first mechanics it introduces seems like it has the game built around it. We may have been a tiiiiiny bit drunk. Only it turns out to be pretty much secondary to the matter at hand.

As it happens Loopindex from somepx (solo dev of 2019’s Mekabolt) and Ratalaika is a pretty basic no-frills puzzle game with two chibi robots that have to co-ordinate their actions to escape each level via the elevator. New mechanics are slowly dripfed across the fifty levels or so, some of them proving fair brain teasers at the outset. 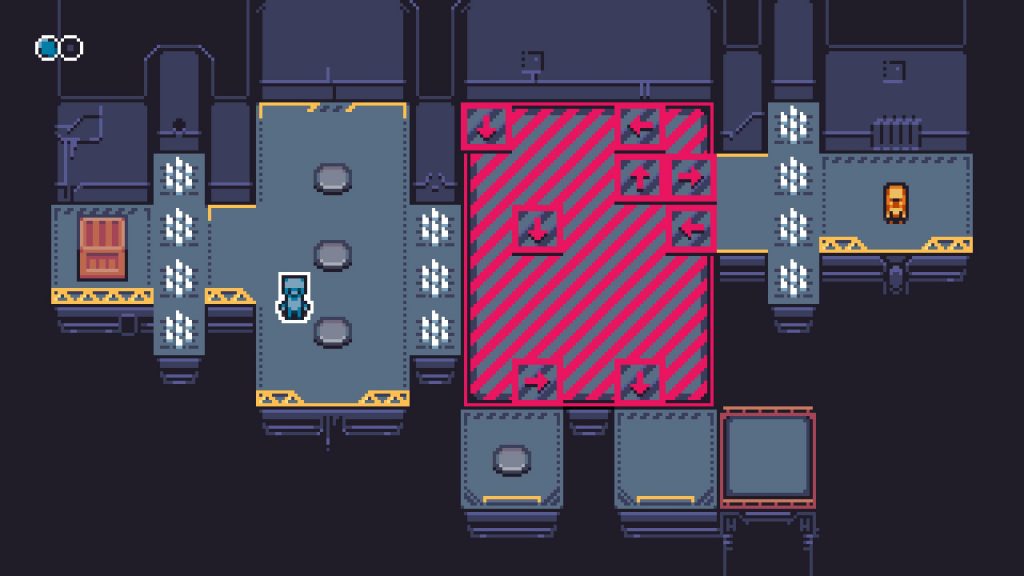 , this was the mechanic we got so hung up on to begin with. It turned out to be pretty useful. Those red crosshatched areas don’t let you control your robots at all. So the only way across is to use the command and let them operate autonomously.

Most of the time you’ll start a level and feel perhaps a tiny bit overwhelmed by the puzzle grid that presents itself. But soon you’ll realise that little iterative steps are the best way to proceed. Later levels need a bit more thinking but the complexity never really goes too overboard. 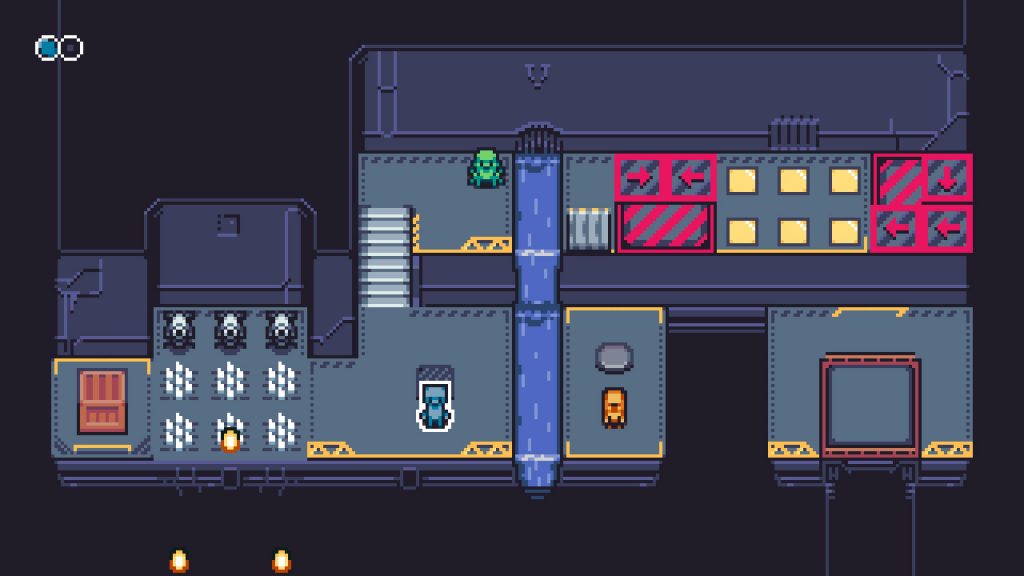 As well as your two robots you’ll discover frogs and eventually mice that you’ll be able to gently influence to do your bidding. Most typically they’ll activate switches or traverse spaces you can’t. Bear in mind though that they are just as vulnerable to environmental hazards as you are, spikes and turrets especially.

As well as the NPCs you’ll be able to manipulate objects such as boxes and bombs. In conjunction with teleporters and various moving platforms you’ll soon become almost adept at traversing levels. Sometimes you’ll almost have too many tools available to you and feel like you can’t see a solution even if it is staring you in the face. One trophy description alludes to that fact quite neatly anyway. 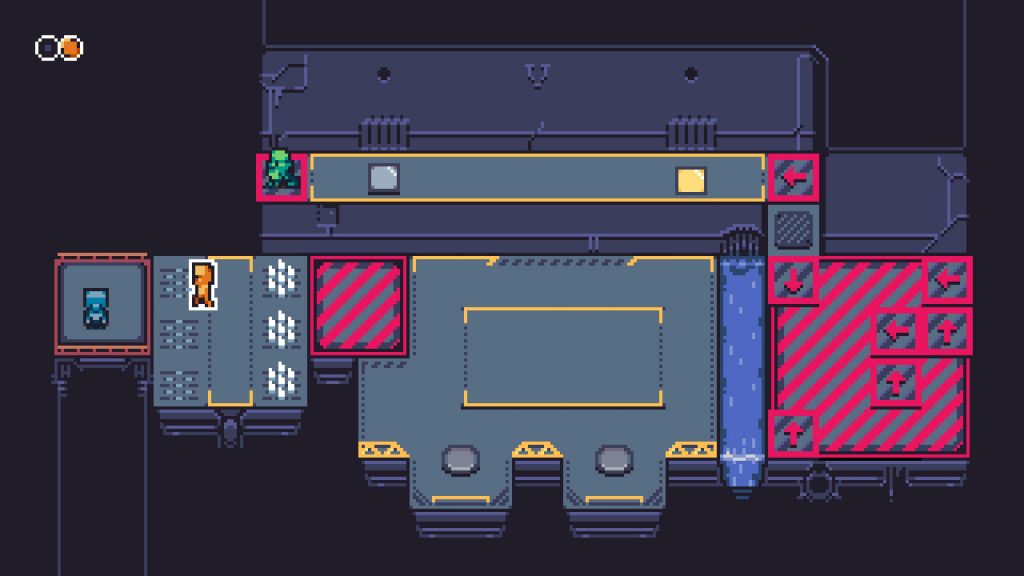 Eventually you’ll gain the ability to manipulate cranes to pick up metal boxes, using a similar mechanic to change the direction of guidance arrows. This allows you to guide your robots without having direct control at least. If you mess up though, you’ll have to restart with a tap of

. That’s no bad thing as none of the levels are particularly overlong thankfully.

Come level forty seven you’ll face an actual antagonist, which proves oddly jarring. As the associated trophy description indicates it’s but a prelude to an actual boss. It feels a bit tonally dissonant and just a bit baffling to be honest. Not to mention we had our only soft crash of our playthrough as we struck what turned out to be the killing blow.  Thankfully our autosave didn’t let us down and we were able to resume. 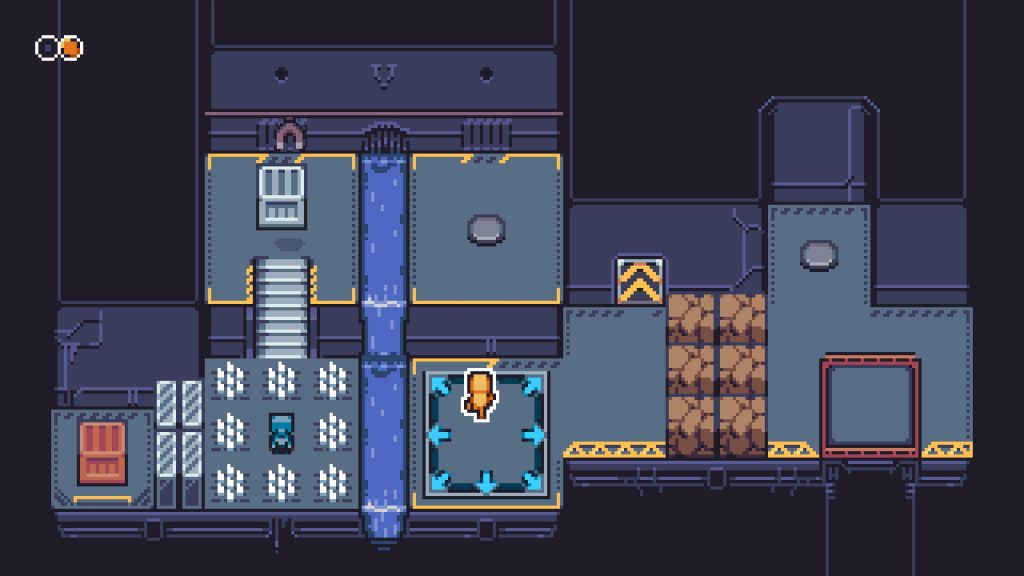 Refreshingly, even though we got a trophy for beating the boss, Loopindex didn’t immediately pop the platinum as you might expect. Instead, you get a gentle nudge to continue as somepx introduces a new squeaky mechanic. In our case we called it on our playthrough at level fifty, but that’s  not to say we won’t ever continue.

In conclusion, Loopindex is a fun bitesized puzzle game that doesn’t tax the grey matter too much, nor does it outstay its welcome either. Yes, the boss is a bit off-key in terms of there having been no real antagonist beyond the environmental hazards, but thankfully doesn’t prove massively challenging either. It’s good but ultimately comes over as a confection that you’ll likely almost have forgotten by the time you get the final trophy.

Cons
- A boss feels like an odd inclusion
- Can almost be a little boring at times
- The titular loop mechanic feels underused
Summary
Loopindex is a fun little puzzle game. It's not massively long or hugely challenging. But it's just fine being what it is. Yes, the loop mechanic feels a bit underused, but there's plenty to get on with otherwise.